With his girlfriend Myra Hindley, Ian Brady kidnapped, tortured, and murdered five children — one as young as 10 — in a series of notorious slayings known as the Moors Murders.

A Nazi sympathizer and lifelong criminal, Ian Brady preyed on children as young as 10. After using Hindley to lure the children to her car, the Moors Murderers would torture, abuse, and kill their victims before coldly disposing of their bodies on a moor. 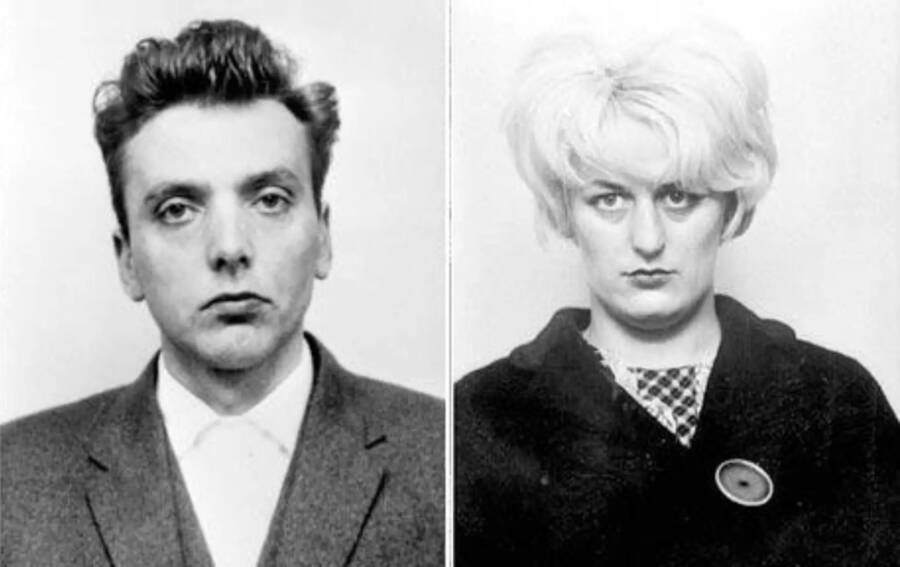 Later described by their judge as “two sadistic killers of the utmost depravity,” Ian Brady and Myra Hindley have undoubtedly gone down as two of the most disturbing murderers in English history.

Ian Brady Was A Troubled Youth 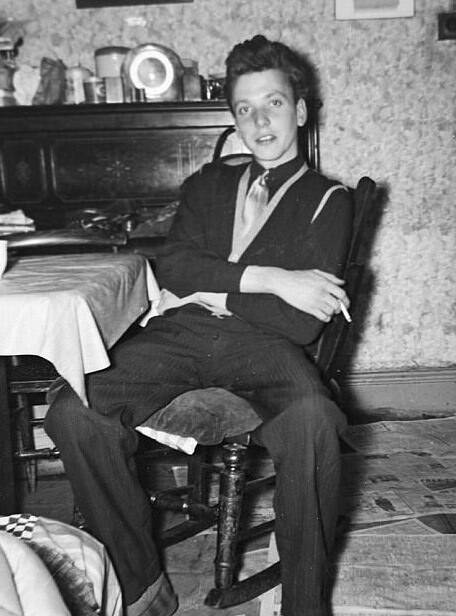 Born on Jan. 2, 1938, in Glasgow, Scotland, Brady was orphaned as an infant. Some sources reported that his mother, a low-wage waitress named Peggy Stuart, had been recently widowed when he was born and consequently gave him up for adoption to John and Mary Sloan. Though Stuart would often visit, no one spoke about her being his real mother.

He reportedly thrived at school, the esteemed Shawlands Academy. It was during his time as a teen at the Academy in the 1950s that his penchant for theft, burglary, and violence first surfaced, however.

Brady became a familiar face in local court for a series of break-ins and even threatened his first girlfriend with a knife when he caught her dancing with another boy. 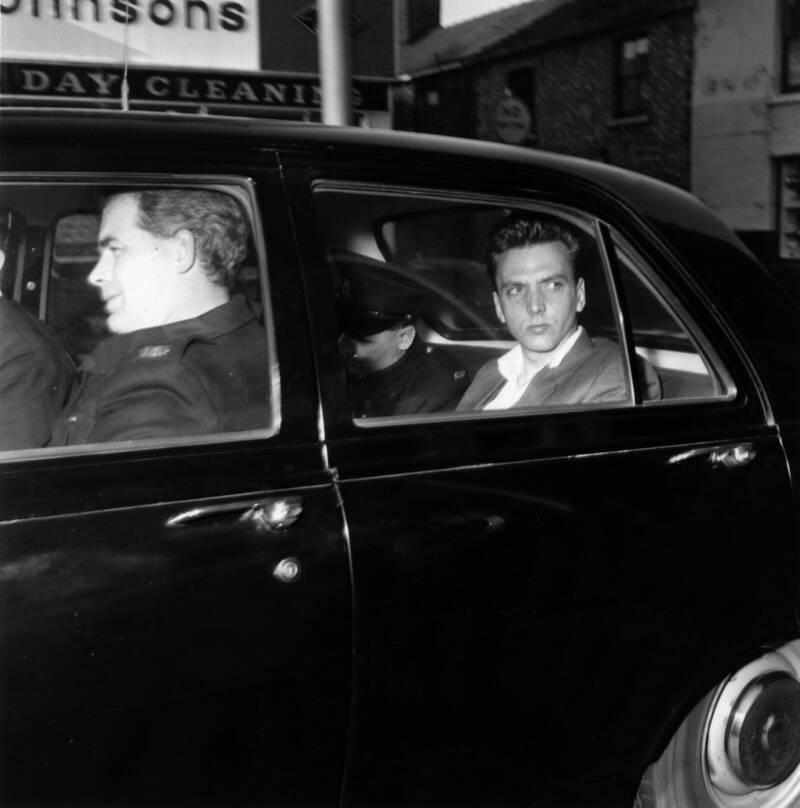 When he was 16, a lenient judge placed him on probation for theft under the condition that he live with his birth mother in Manchester, where he took his stepfather Patrick Brady’s surname.

But after a failed robbery at a local market, he spent two years in juvenile detention until his release in November 1957. Back in Manchester, Brady voraciously studied the trade of bookkeeping and found gainful employment at Millwards, a wholesale chemical distribution company.

It was here in 1961 where Ian Brady and Myra Hindley met. 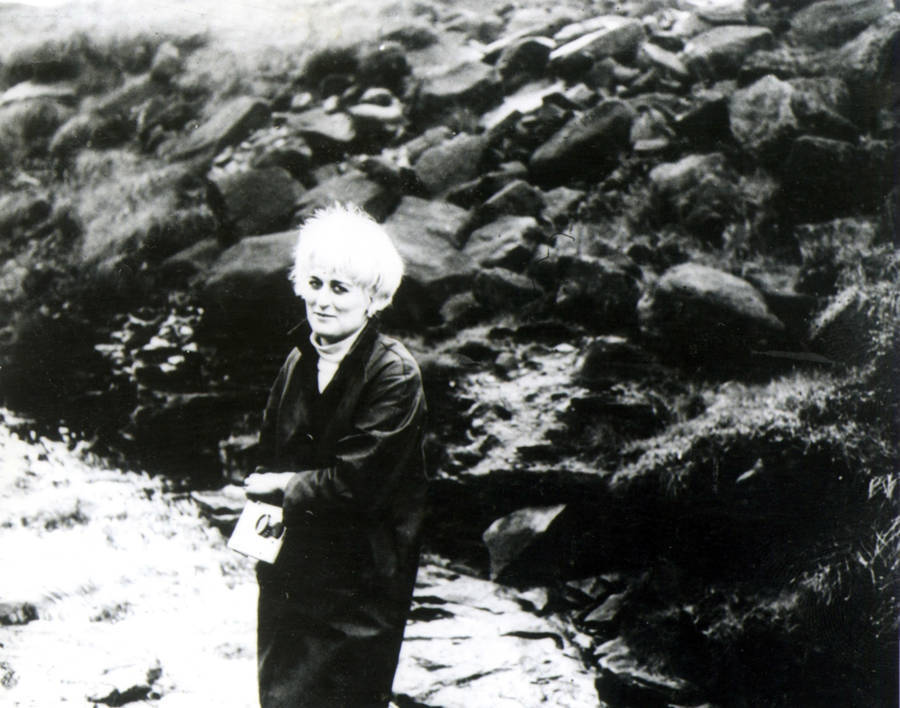 Ian Brady had been a store clerk for over three years when Myra Hindley was hired as a Millwards secretary. She became enamored with his mysterious aura, mistaking the dangerous loner for an independent recluse. When he asked her out on July 27, 1961, Hindley was reportedly overjoyed.

Four years younger than Ian Brady and an 18-year-old virgin when they met, some believe Brady practically groomed her in his own image. He made her watch the Nuremberg Trials on tape and urged her to read Mein Kampf.

And according to Hindley herself, he also began using her as a sadistic test subject.

“I used to ask him why he kept strangling me so much, so many times — this was before the offenses took place — and he told me he was ‘practicing’ on me,” she recalled.

“I said one of these days he was going to go too far and kill me, but he just laughed and said he wouldn’t — he needed me.”

For the next two years, Ian Brady and Myra Hindley made recreational outings to a gun range and took nude photos of each other. In June 1963, Brady moved in with Hindley at her grandmother’s house.

He then began audibly pondering “committing the perfect murder.” He did so on July 12 of that year.

Sixteen-year-old Pauline Reade was on her way to a dance in Gorton, Manchester when her friend’s older sister, Myra Hindley, appeared.

Hindley claimed she had lost her gloves and needed Reade’s help to find them. She lured Reade back to Saddleworth Moor where Brady was waiting — and beat her to death, severed her spinal cord, and slit her throat. Then, they buried her brutalized body there. 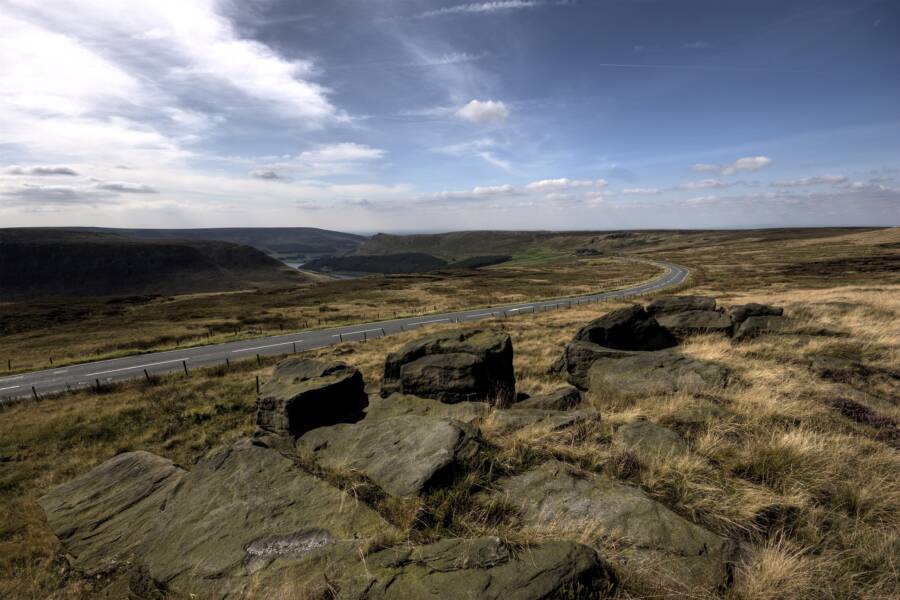 Wikimedia CommonsSaddleworth Moor, where three of the five Moors Murders victims were found.

Four months later, the killer couple found their second victim: 12-year-old John Kilbride. On Nov. 23, 1963, Kilbride was packing up booths at Ashton Market for cash when Hindley approached and asked if Kilbride could help carry boxes to her car. She then offered to give him a ride home.

Kilbride jumped at her offer, and Brady drove the trio to Saddleworth Moor where Kilbride was raped and strangled to death.

The boy’s worried family called police at 8 p.m. that day, but the boy wasn’t found until his body was discovered two years later in 1965 — but not before the killers could take more lives.

On June 16, 1964, Brady and Hindley took their third victim. Twelve-year-old Keith Bennett was walking to his grandmother’s house when Hindley lured him into her car under the pretense that he help her pack up some boxes. She then drove him to Saddleworth Moor with Ian Brady where he was raped, strangled, and buried. 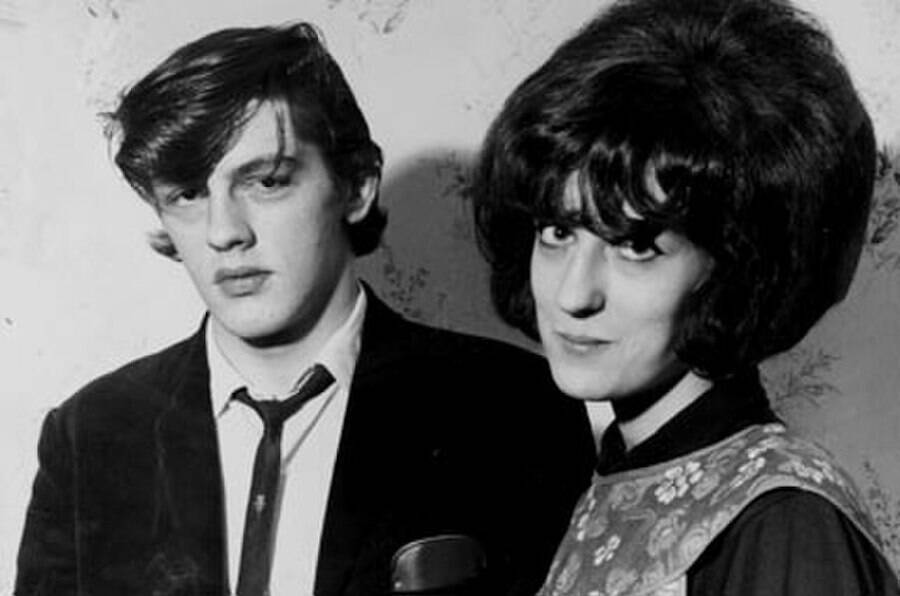 Then that winter, 10-year-old Lesley Ann Downey vanished into thin air from a local amusement park. A massive amount of volunteers helped police in the subsequent search to find her, but to no avail.

And finally, Ian Brady and Myra Hindley took their last victim on Oct. 6, 1965, with the murder of 17-year-old Edward Evans.

How Ian Brady And Myra Hindley Were Finally Caught 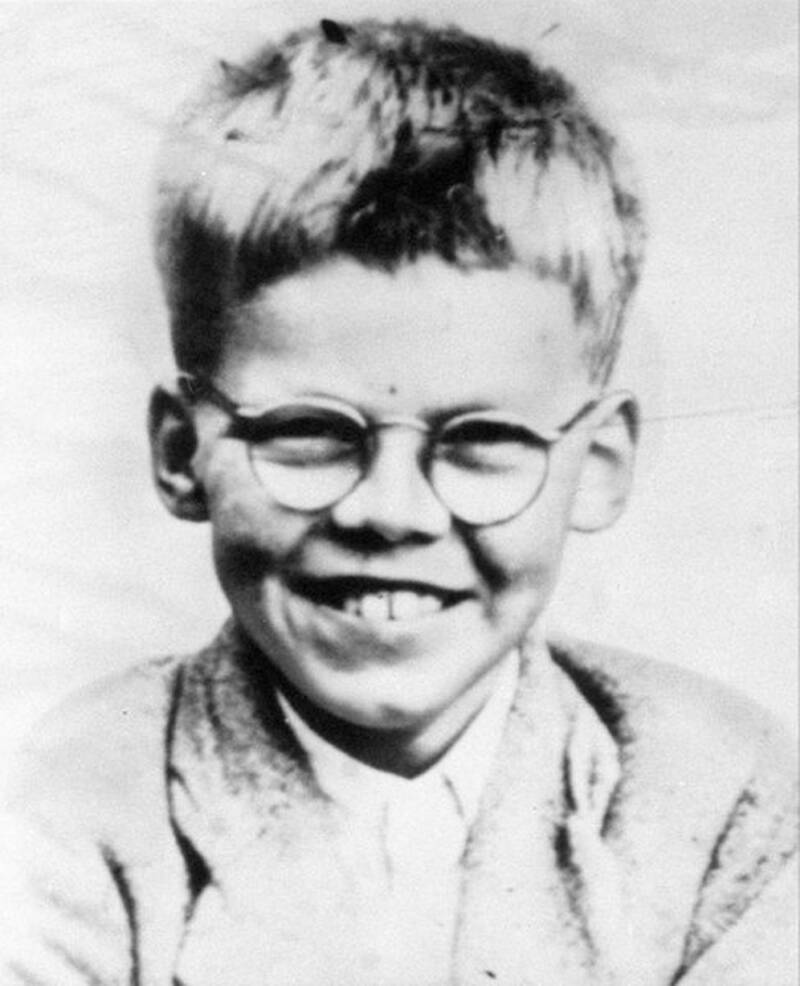 After picking up Evans and bringing him back to their apartment on the premise of a sexual encounter, Brady and Hindley reportedly spent the evening feeding him wine. But as they headed for their finale for the evening, Hindley’s brother-in-law, David Smith, dropped by.

He reported hearing a “very loud, shrill scream” from inside the apartment before running into the living room to find Brady standing over Evans with a hatchet. He said Brady brought the hatchet down onto Evans’ head with “a terrible hard blow, it sounded horrible.”

Smith played along by helping the couple clean up the scene, but then immediately called the police upon returning home. Brady was consequently arrested the day after he murdered Evans.

While hiding Evans’ body together, Brady had told Smith that he had killed several other people before and buried them at Saddleworth Moor.

Hindley was only arrested four days later when police found writing in her car detailing the plan of picking up a man who was homosexual. A search of her home, meanwhile, yielded a piece of luggage that led to a locker at Manchester Central Station which contained an audiotape of Brady, Hindley — and a little girl begging for her life.

Because only three of the five victims were ever found, Ian Brady and Myra Hindley were only charged with the murders of Edward Evans, Lesley Ann Downey, and John Kilbride.

Their trial began on April 27, 1966, and saw them plead not guilty to all charges. Brady claimed Hindley enjoyed killing as a bonding mechanism, while Hindley maintained that she only cooperated out of fear for her life.

Yet, both were sentenced to life, with Brady found guilty of all three murders and Hindley of two. Both of them died behind bars.

After learning about Ian Brady and the sadistic Moors Murders, read about the gruesome crimes of Albert Fish. Then, learn about the Ice Box Murders of 1965.