For Icehotel's 25th anniversary, the world's first and largest ice hotel turned to 42 artists to design an unbelievably spectacular hotel. 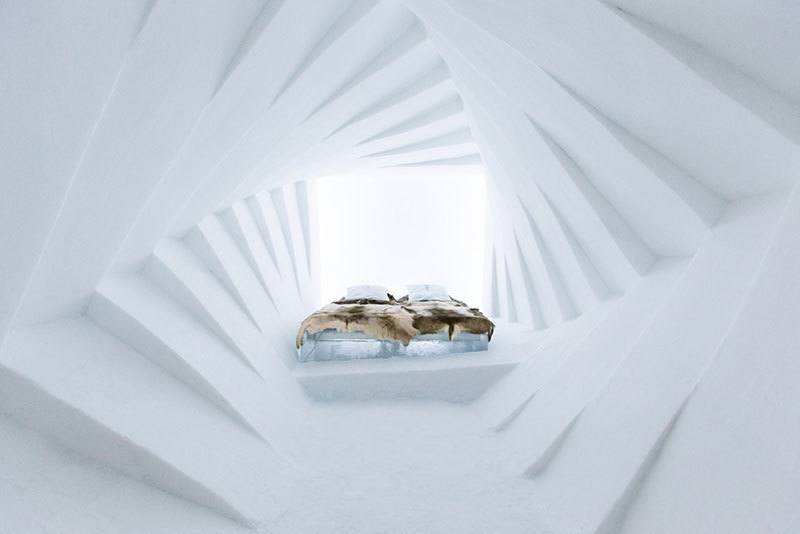 Icehotel is a seasonal operation by necessity. Each year as temperatures in Sweden rise, the hotel’s rock-hard, frozen walls slowly melt away until only a puddle remains. Of course, for the frozen months—we’re talking December through mid-April—the ice hotel is absolutely breathtaking. And this year it’s even cooler. 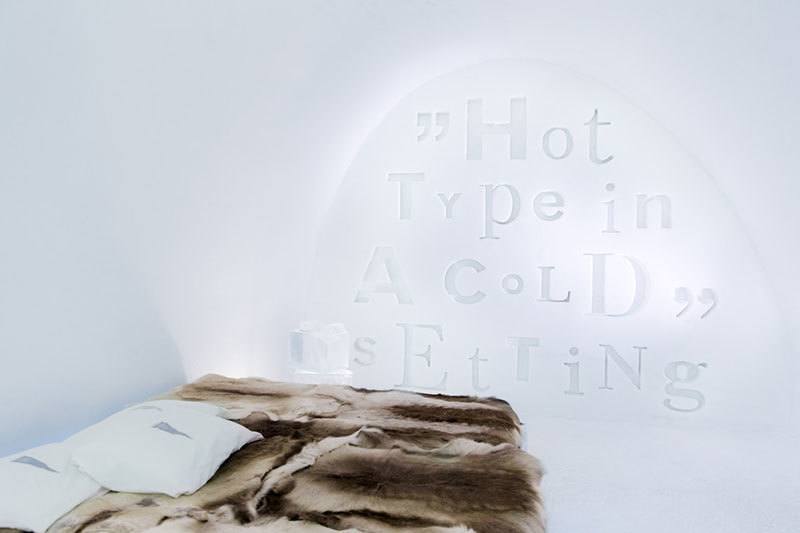 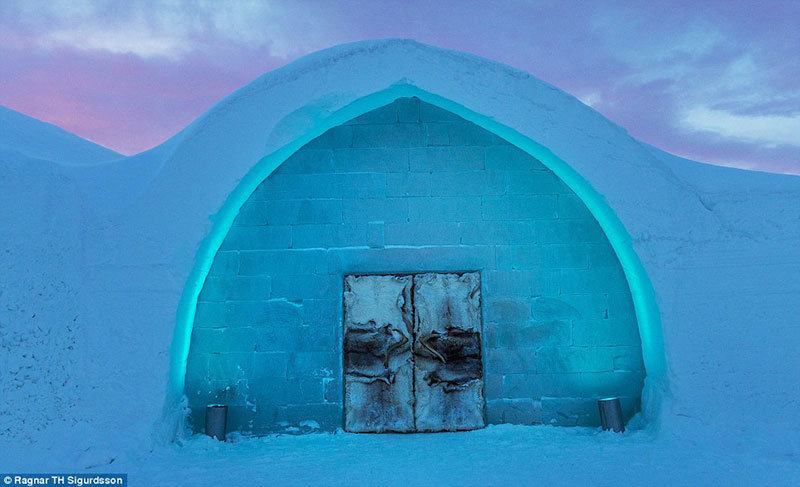 The entrance to this year’s hotel. Source: Daily Mail

To commemorate 25 years in business, Icehotel will feature 16 special “Art Suites” this winter. 42 artists from around the world collaborated to design the latest ice hotel (an additional 50 or so people were involved in the hotel’s construction). 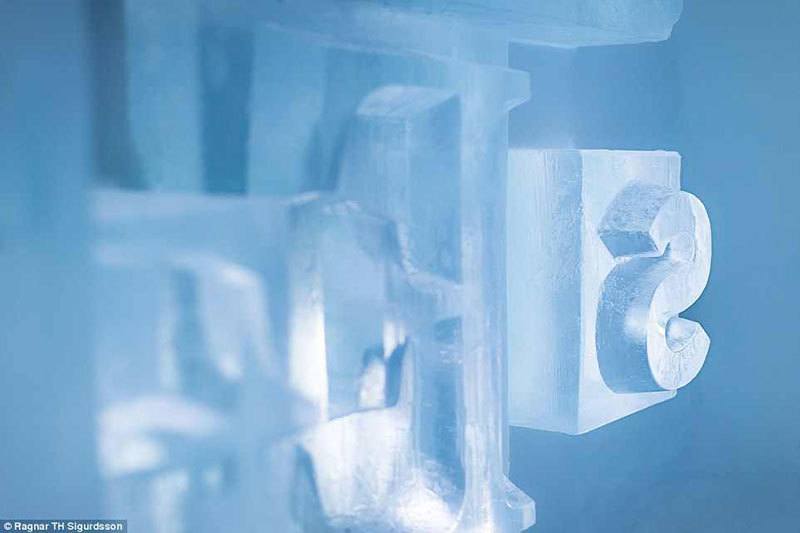 An up-close look at the typography in Suite 305. Source: Arch Daily

Intricately carved and beautifully designed, each of the Art Suites adheres to a specific theme. For instance, the Hot Type suite was designed by typography enthusiasts and graphic designers, and features three specific fonts (Baskerville, Bodoni and Futura). 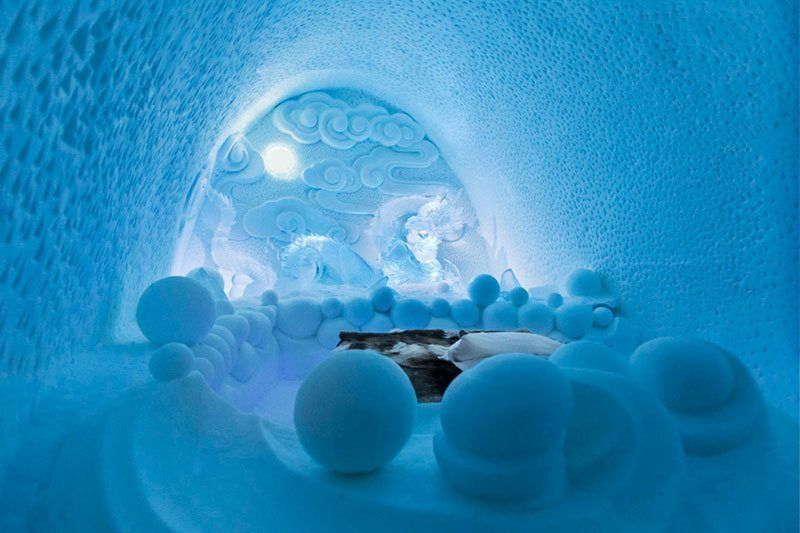 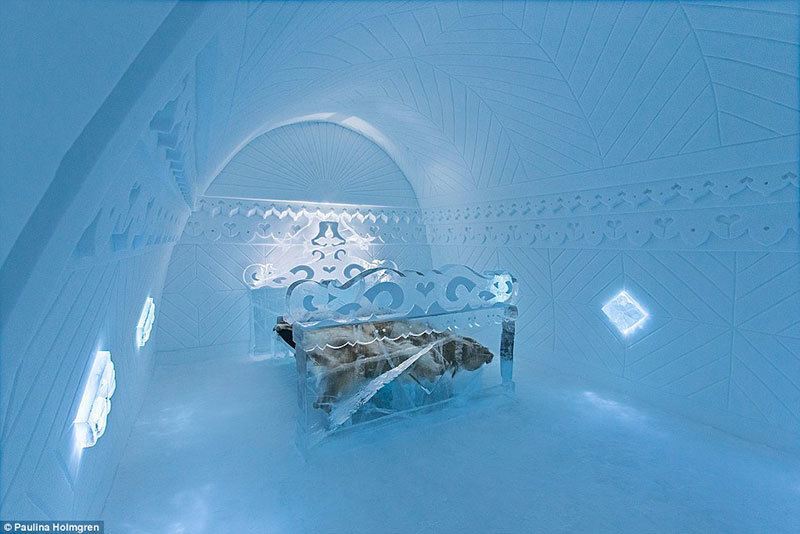 This suite was inspired by the folk art that once decorated homes in eastern Poland. Source: Daily Mail

Just north of the Arctic Circle, the Jukkasjarvi, Sweden Icehotel is considered the world’s first and largest ice hotel. The hospitality hot spot got its start in 1990 as part of a local company’s attempt to attract tourists in the dead of winter. What was once a 60-square-foot igloo has now become a full-featured hotel composed of 61 rooms and an ice bar, chapel and movie theater. 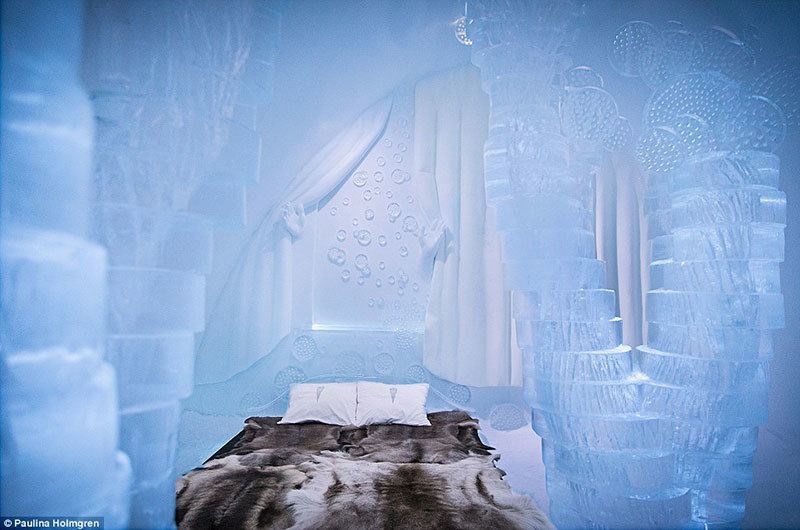 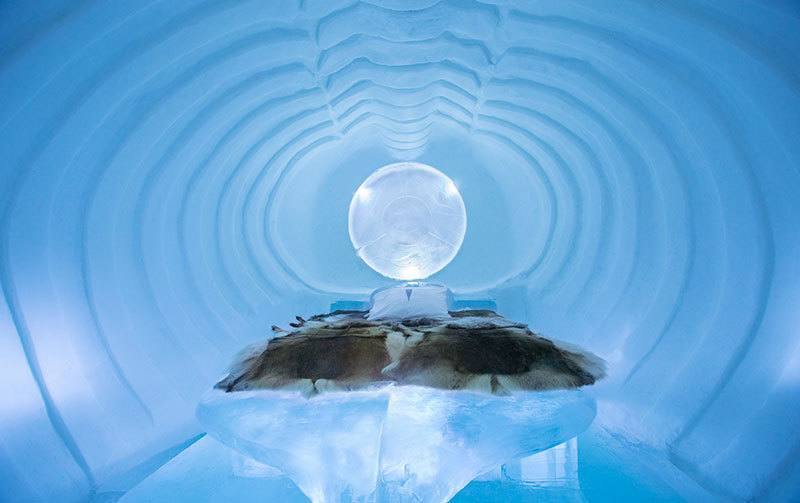 The Blue Marine art suite was designed to look like the inside of a whale. Source: Destinations of the World News

The 25th anniversary Icehotel was built from 1,000 tons of ice and 30,000 tons of “snice” (a snow-ice mixture that helps the structure stay secure). Temperatures at the hotel are kept no lower than around 20 degrees Fahrenheit, but saunas and warm rooms are available for guests who need to shake the chill. 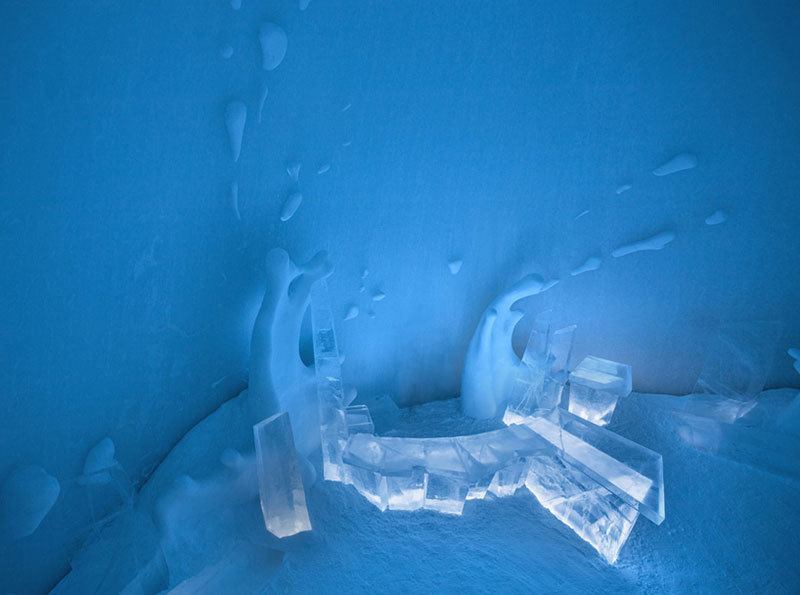 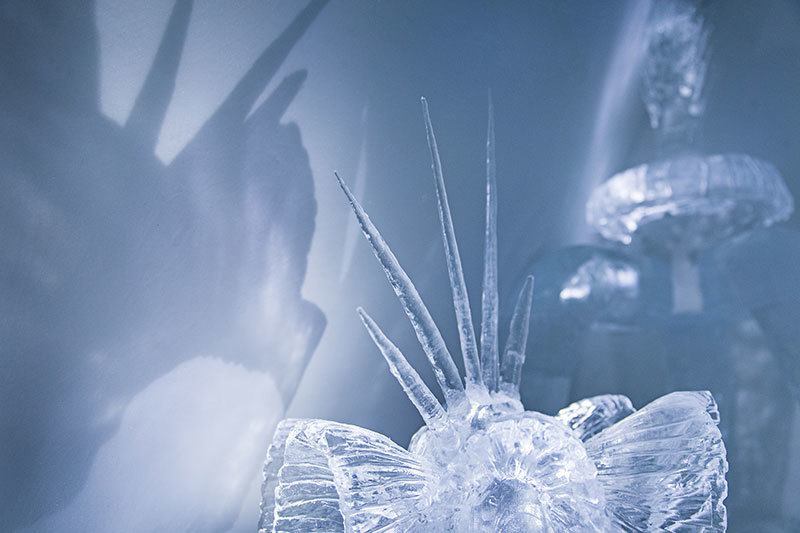