Explore The Fairy Glen, The Scottish Valley So Magical That Legend Says Fairies Created It

Scotland's Fairy Glen, located in the lowlands on the Isle of Skye, is renowned for its magical landscape, basalt rock formations, and mythical lore. 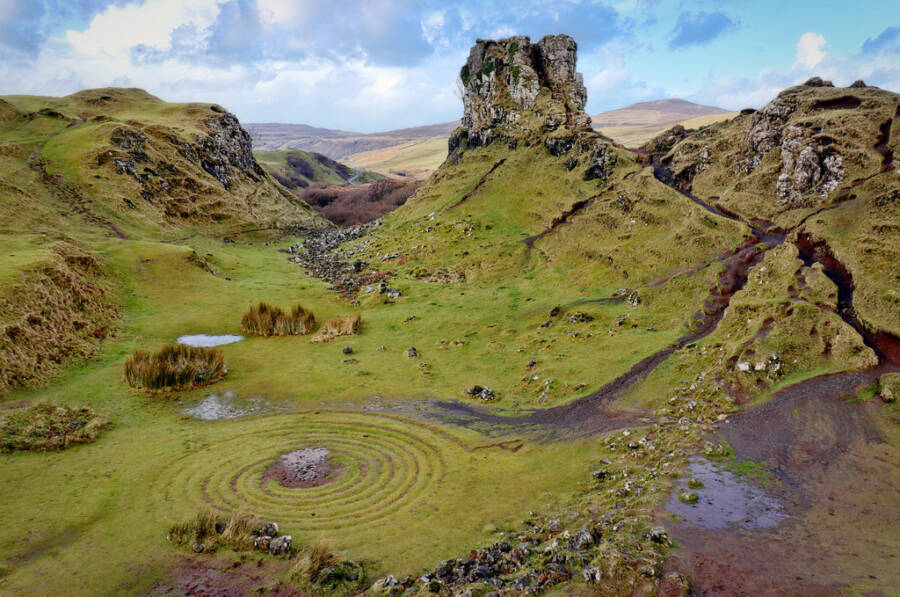 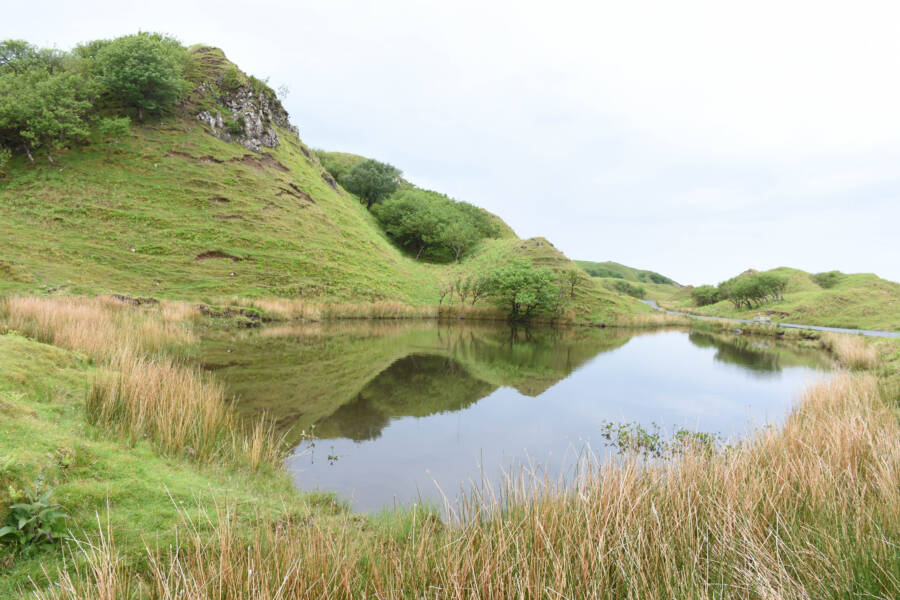 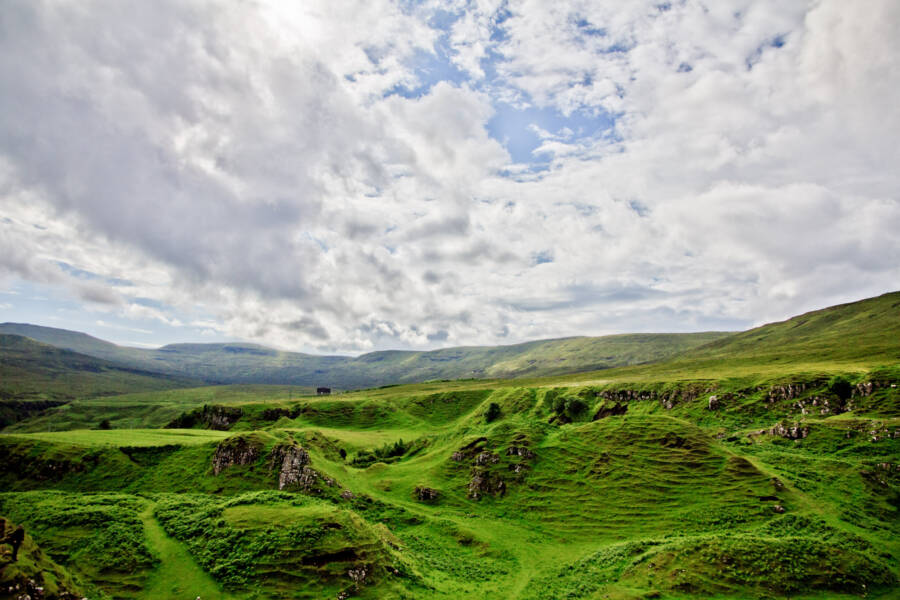 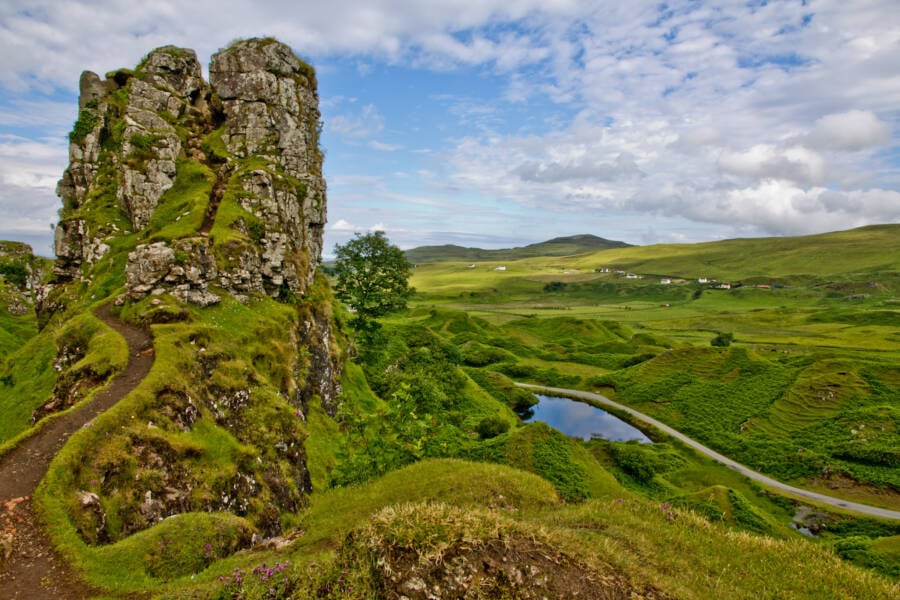 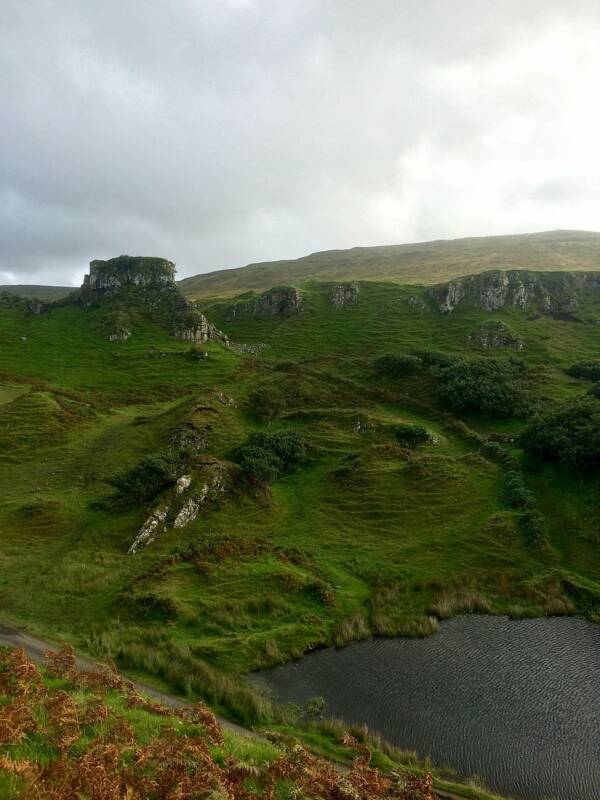 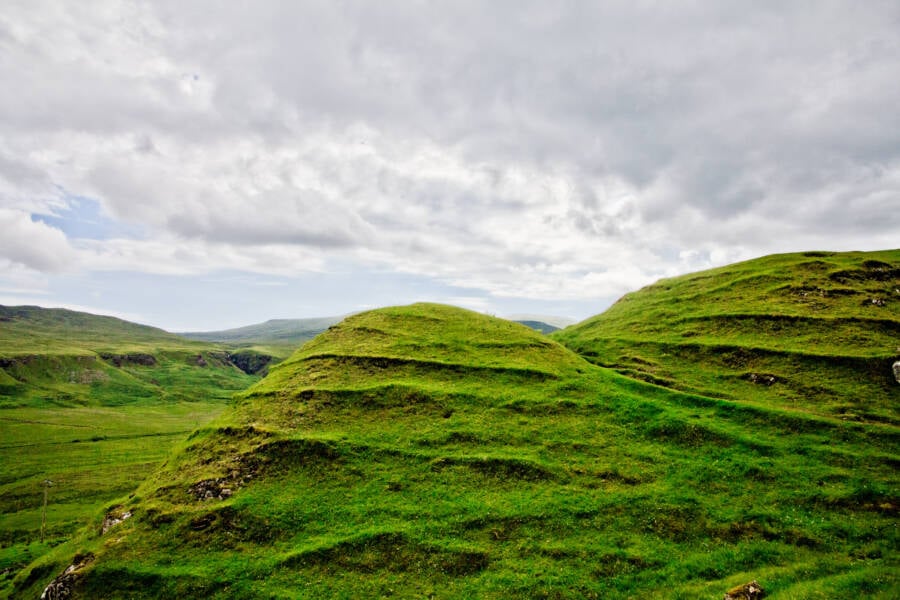 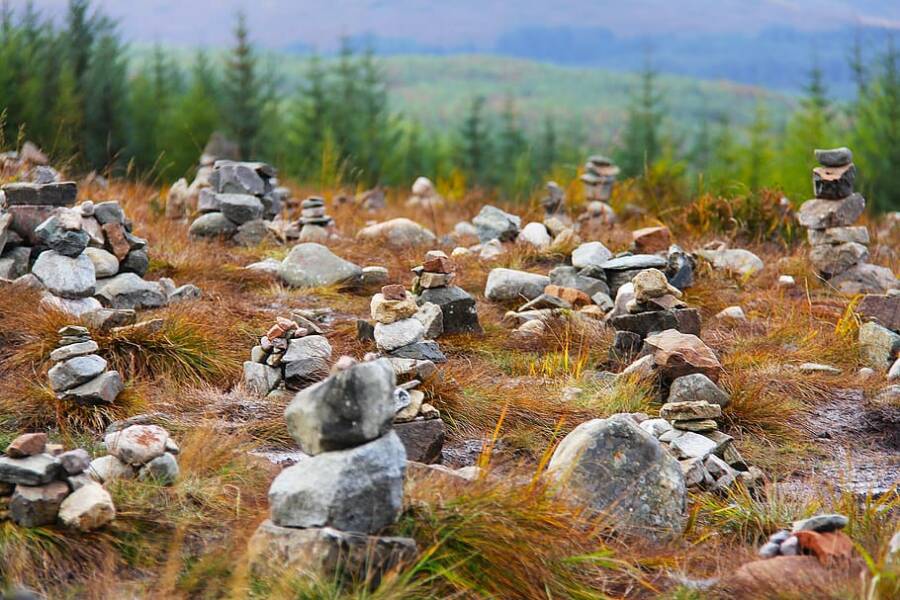 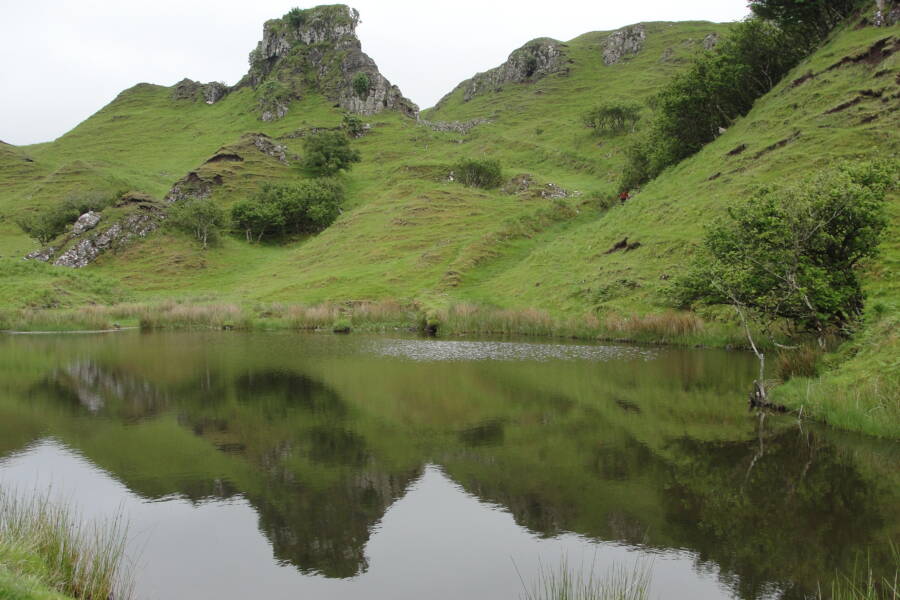 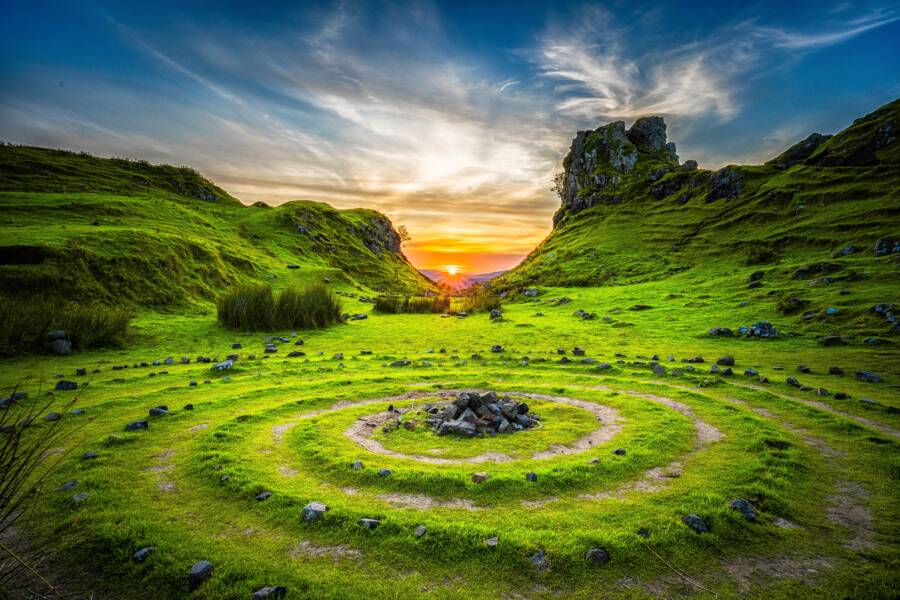 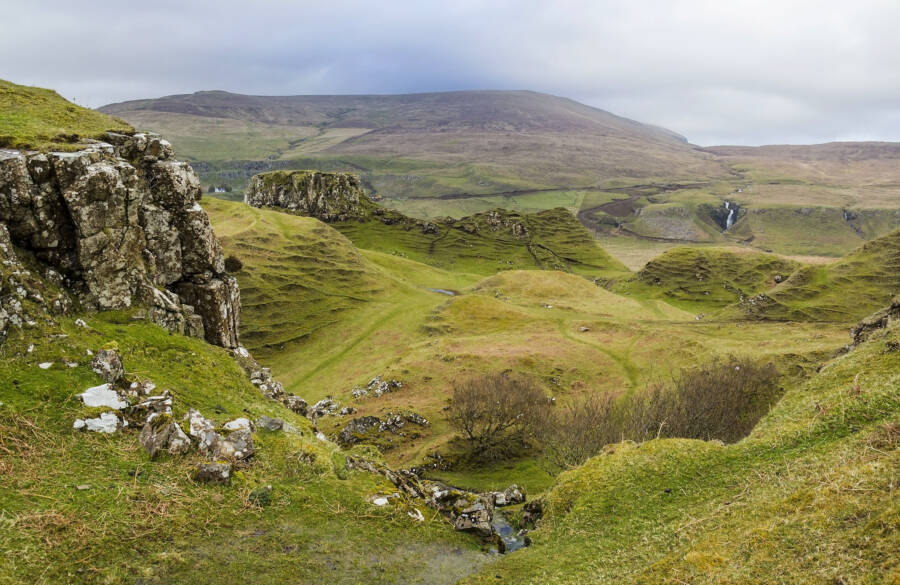 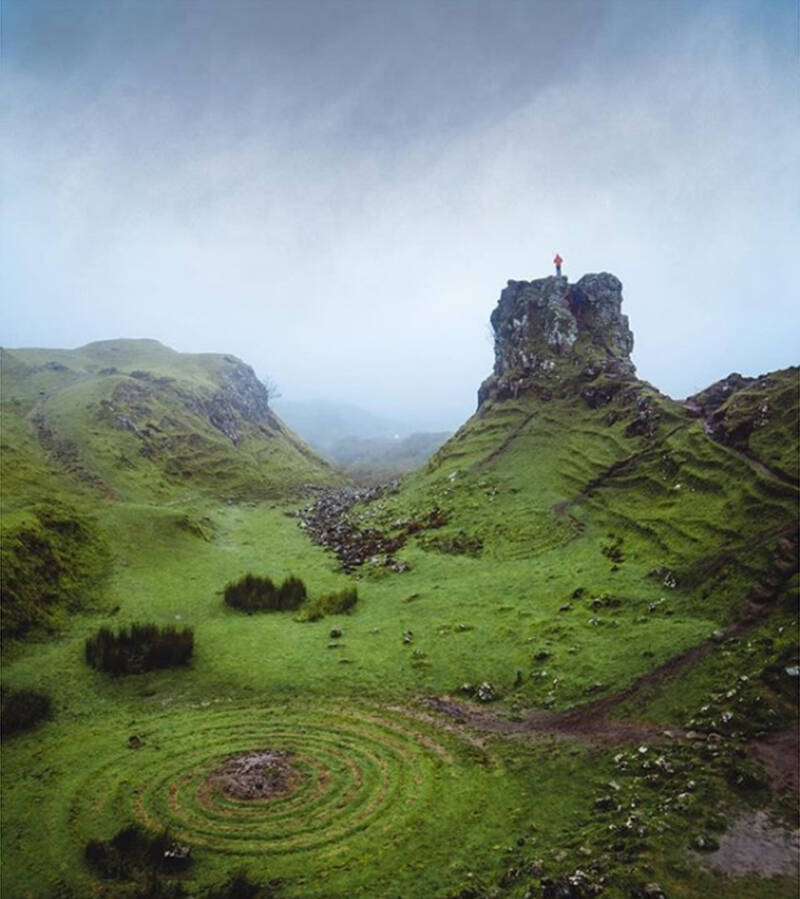 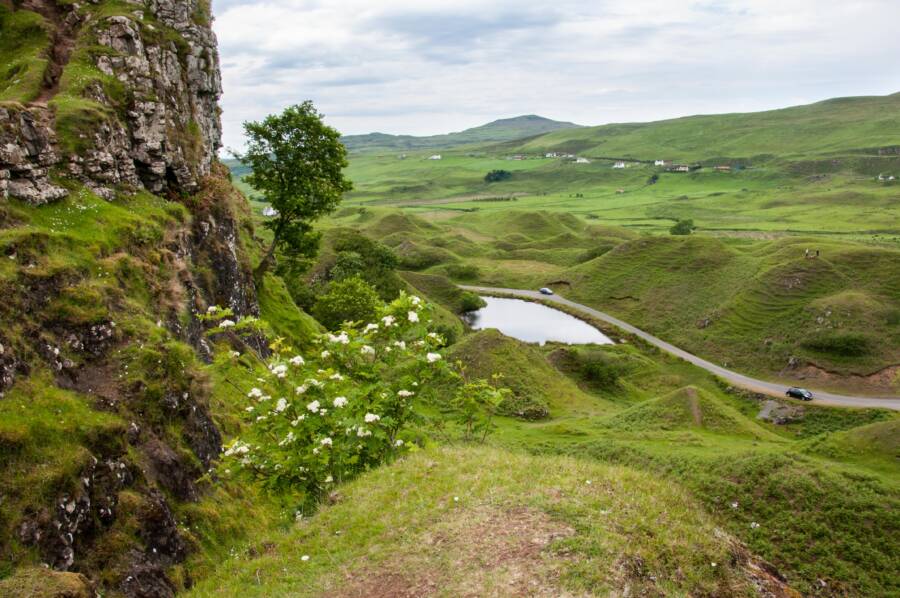 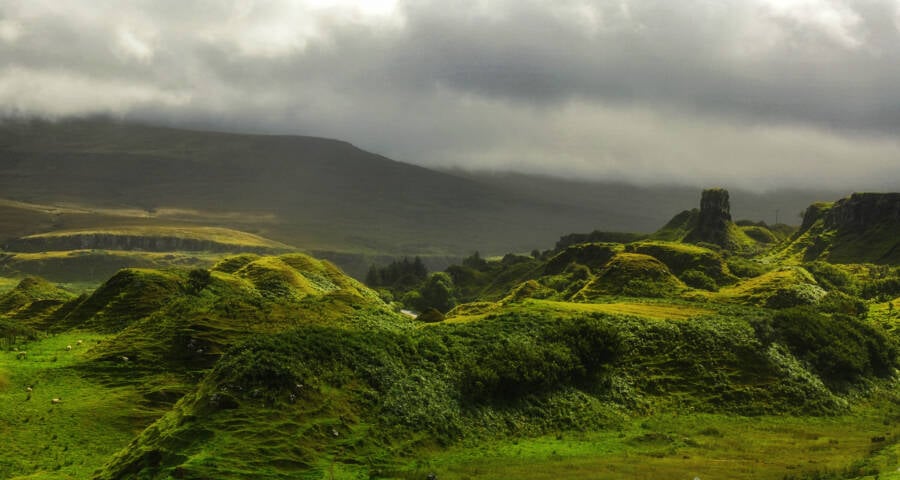 1 of 16
According to Scottish lore, fairies or "faeries," prefer to be called "Fair Folk" by humans and have little tolerance for slipups.Andy Stephenson/Geograph
2 of 16
3 of 16
Crystalline waters reflect the gorgeous highlands around the whimsical valley.pellesten/Flickr
4 of 16
pellesten/Flickr
5 of 16
The rock formation on the left is called Ewen Castle for its resemblance to a castle tower.pellesten/Flickr
6 of 16
elkcy/PXfuel
7 of 16
pellesten/Flickr
8 of 16
Basalt rock formations — likely made by well-meaning tourists. qmzic/PXfuel
9 of 16
Nessy-Pic/Wikimedia Commons
10 of 16
Scotland's Fairy Glen shines at sunset. Robert Lukeman/Unsplash
11 of 16
mossaiq/Flickr
12 of 16
In the glen one can find a cave where visitors press coins into the rock in the hopes of bringing themselves good luck.@jack_antsey via @atlasobscura/Instagram
13 of 16
myworldthrualens/Flickr
14 of 16
According to photographer Robert Lukeman, the true magic of the whimsical glen becomes obvious at sundown when the tourists have left.Bethany Ciullo/Flickr
15 of 16
mmmmngai/Flickr
16 of 16 Scotland's Fairy Glen on the isle of Skye sounds like what it is: a magical landscape rich in dramatic rock formations, lush, cone-shaped hills, ponds, and waterfalls. Its whimsy evokes a certain sense of wonder — and its easy to see why Scottish folklore is ripe with stories of fairies.

While there are no stories that specifically link the Fairy Glen to fairies, it is sometimes said that the mythical creatures created the enchanted landscape — and still dwell there. Geologically (and realistically) speaking, Scotland's Fairy Glen was formed by an ancient landslide.

Its supernatural aura nonetheless draws many adventurers who dare to believe otherwise.

Situated between a couple of small villages named Sheader and Balnacnoc on the Trotternish Penisula, the Fairy Glen nestles inside an area of farmland. There is one road that leads there, but the seclusion of the Glen is just one of its many draws. 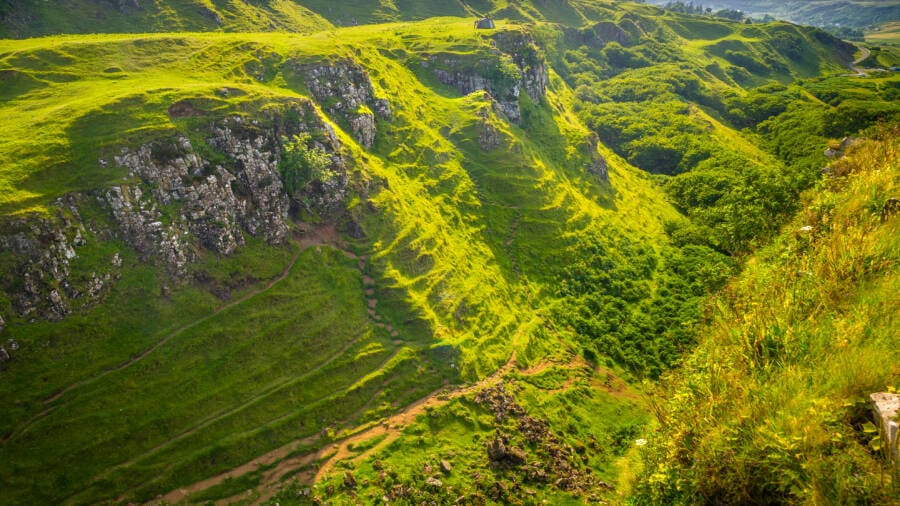 Legend has it this land was created by fairies and some still dwell there. Science has it that the Fairy Glen was the result of a landslip.

However, it can be difficult to experience the Fairy Glen in solitude as it's one of the most popular attractions on Scotland's Isle of Skye.

"During the day, this place is flooded with people," noted photographer Robert Lukeman. "Around sunset, all the tour buses leave, and suddenly it's completely empty and quiet. The only sounds you can hear are those from the local sheep."

This is when the magic of Fairy Glen truly comes in to focus.

Scottish folklore, and on the Isle of Skye particularly, is steeped in tales of fairies, or by the old spelling, "faeries."

Most every ancient waterway, well, and lake was believed to be protected by a fairy. Furthermore, if you wanted the fairy to continue protecting the waterway, there were certain rules you had to follow.

FlickrMoss and mushrooms abound in this land of whimsy — and sheep too.

The first rule: never let a fairy overhear you calling them a fairy. They prefer to be called "fair folk" and consider it rude to be called anything else. Upsetting them can bring bad luck — such as causing crops to fail. Something like this can be truly catastrophic, so its best not to mess with fairies as Fair folk are considered to keep the balance between good and evil.

Second: Fairies can spot a liar, so always be honest. They know if you have lied to them and this is another form of disrespect they don't take lightly. Third: Wearing the color green is not a good idea. Fairies believe this color belongs to them.

However, not all fairies are impatient with humans and apparently, some even try to avoid us entirely.

The clusters of hills here contain ridged mounds and resemble upside-down beehives. Small ponds sprinkled throughout the knolls reflect the natural colors within the glen. These hues are especially vivid in the middle of the day, but take on a whole new beauty when doused in the colors of the sunset.

Among its many draws, the Fairy Glen is also bespeckled with uncanny rock formations. The largest basalt rock formation actually resembles a castle tower and has fittingly been dubbed "Castle Ewan."

If you're limber, you can climb a steep trail that leads to the highest point in the Glen for a fantastic view. You'll see that behind Castle Ewan, there is a tiny cave where people have taken to pressing coins into cracks in the rock to bring themselves good luck.

Drone footage of the Isle of Skye's mystical Fairy Glen.

The smaller rock formations — aside from the larger, more permanent spiral, are actually made by visitors. No, not the otherworldly, flittering kind, but tourists. Recently, people have started moving the smaller rocks to create spirals or other patterns on the ground.

Locals who live near the Fairy Glen repeatedly remove the tourists' attempts at sculpting rock formations of their own in order to keep the glen as nature intended it. They consider moving things around an act of vandalism, so if you visit, be sure you leave things as you found them.

Next, gaze upon more natural splendor and be a virtual tourist to these 21 most surreal landscapes on the planet. Then find out the disturbing truth behind the fairy tale of Hansel and Gretel.