While as many as 300 black Tulsans are estimated to have been killed during the 1921 Tusla Race Massacre, many more were displaced after mobs burned their homes to the ground. 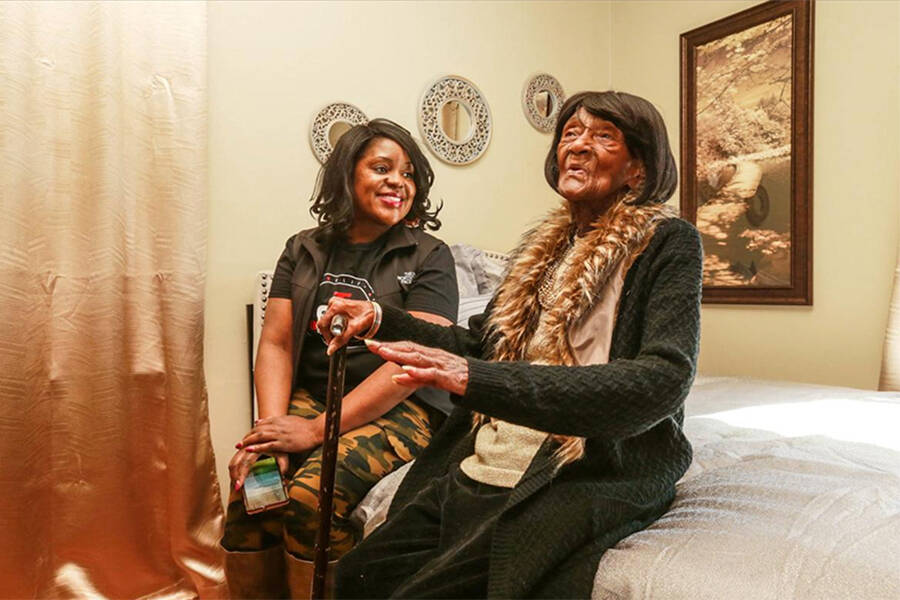 On her 105th birthday in November, Lessie Benningfield Randle had one thing she wished for: that her childhood home — which was badly damaged during the Tulsa Race Riot of 1921 — would finally get restored. Well, after nearly 100 years of waiting, Randle finally got her wish.

Thanks to the dedication of local community organizations, the centenarian got to see her North Tulsa home in mint condition following a multi-week effort to bring the survivor’s dream to life.

Over the weekend, Randle was welcomed back to her newly improved home during a housewarming party complete with friends, family, and some barbecue. Randle told guests that seeing her newly restored home made her feel “like a queen.”

“I’m just so pleased and so happy to be with you all and you all to be with me,” Randle said. “God has blessed me over 100 years, and I thank him. And I thank you all for being here for me.” 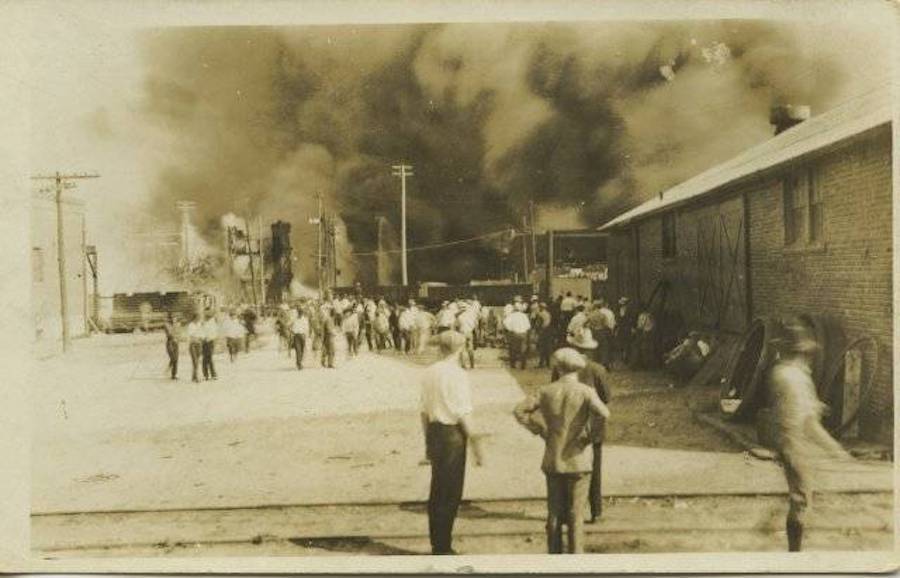 The long-overdue restoration was organized by a coalition of organizations, including the Terence Crutcher Foundation, the Gathering Place, Revitalize T-Town, and other community members. Work on the old house in the predominantly black neighborhood of Greenwood — once known as Black Wall Street — took several weeks to complete.

“When we talk about Black Wall Street, when we talk about Greenwood, that was a community that was built and rebuilt again,” Tiffany Crutcher, founder of the Terence Crutcher Foundation, said during the housewarming event. “Today is an example of what that community, almost 100 years ago, did and what we can do.”

The restoration project on Randle’s childhood home included repainted walls, a remodeled bathroom, new kitchen appliances, and a new bed. An online gift registry was also set up for more new furniture pieces to fill out the newly restored home.

The 1921 Tulsa Race Riot remains one of the darkest stains in the state’s history. A white mob, which included members of the Ku Klux Klan, descended on the black neighborhood of Greenwood in North Tulsa after a black man was accused of sexually assaulting a white woman.

Roughly 1,500 armed white men clashed with 75 black men outside the courthouse following the accused man’s arrest and the confrontation led to a full-on race riot that quickly destroyed the wealthy black enclave — then filled with black-owned businesses, hotels, and residences. 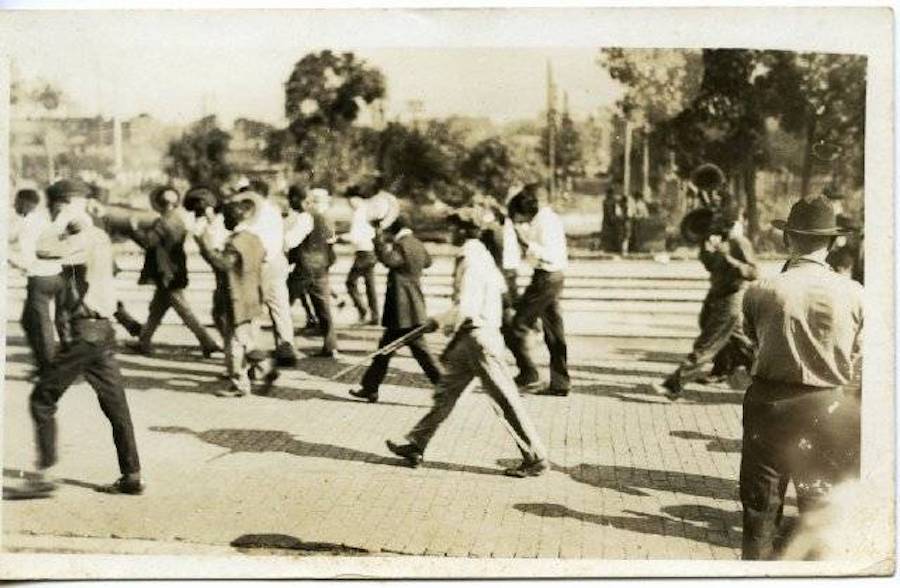 Tulsa Historical Society & MuseumBlack residents marched at gunpoint by the white racist mob that descended on the neighborhood of Greenwood in North Tulsa.

Experts and historians estimate that 30 to 300 black people were killed during the riot and many more black Tulsans were displaced after their homes were burned to the ground.

The tragedy became an unspeakable incident for the city’s residents for decades, but growing advocacy from the community combined with an unexpected portrayal of the riot on HBO’s hit show Watchmen pushed the nearly-forgotten massacre back into the spotlight.

Residents have demanded a rigorous investigation into the incident by the city government over the last few years, which they believe will help bring closure for the city’s black families, many of whom lost friends and family members during the bloody riot.

Only a few survivors of the massacre, which occurred almost 99 years ago, are still alive today and Randle is one of them.

“This isn’t just some passing thing that we’re doing,” said Oklahoma District 73 Rep. Regina Goodwin. “We’re thanking God Miss Randle survived. We’re also thinking about all the unborn children that could have been and we will never forget and we’re going to keep fighting.” 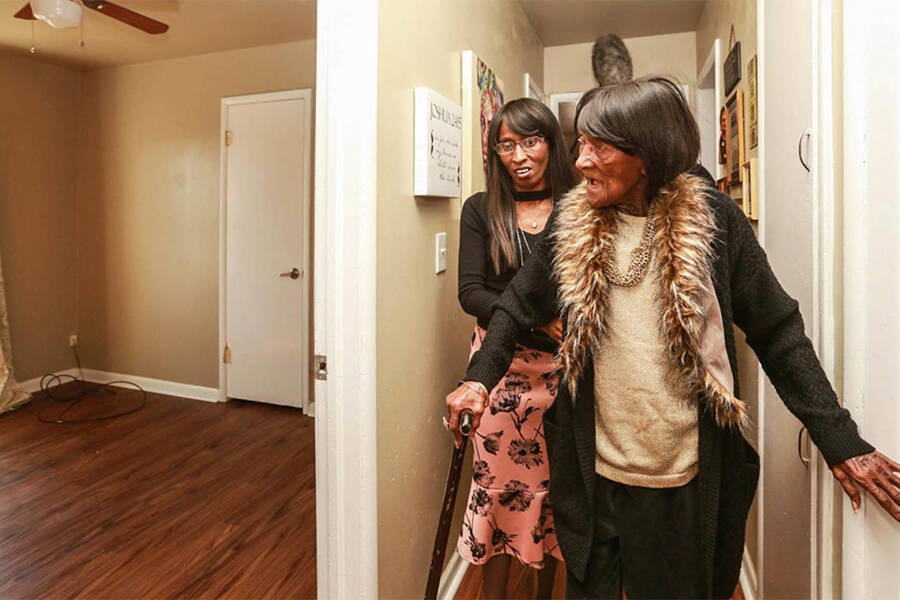 James Gibbard/Tulsa WorldRandle, who celebrated her 105th birthday last year and is one of the last survivors of the 1921 Tulsa Race Riot, said her new home made her feel “like a queen.”

Plans to excavate the city’s local cemeteries — where many believe bodies of the black victims were buried in mass graves following the riot — are currently underway. 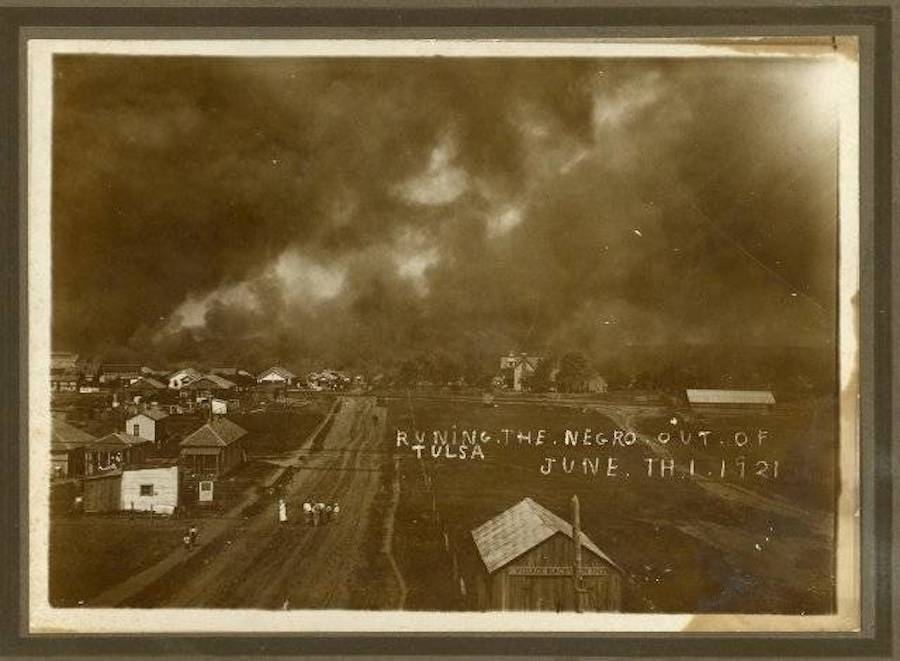 Tulsa Historical Society & MuseumFires rage during the massacre, which led to the murder and displacement of countless black residents of Greenwood, Oklahoma.

“The few people that it took to do such an awesome work at this corner, just think about what we could do if we pulled together as a city and as a community to restore Greenwood to what it once was,” District 1 Councilor Vanessa Hall-Harper told guests.

After touring her restored home, Randle thanked everyone for their contributions.

“Nowadays, there isn’t too much love in the world, so I’m just so glad to know that you love me well enough to come out and see me,” she said.

Next, take a look inside the 1967 Detroit Riots with these harrowing photographs and learn how New York’s deadly Astor Place Riot was sparked by a performance of Macbeth.