If his own confession before his brutal execution is to be believed, then Peter Niers slaughtered 544 people — 24 of which were pregnant women he killed for their fetuses.

The legends of Peter Niers may be lesser-known than those of Vlad the Impaler or Elizabeth Báthory, but they are no less horrifying.

It was said that Niers was a master black magician who could render himself invisible, transform into a cat, a dog, or a goat. It was said that he garnered these powers through the cannibalization of fetuses and he kept the severed hands and feet of infants in a leather pouch at all times.

It’s no wonder, then, why the German robber-bandit has since been solidly rooted among some of the worst serial killers in history. This is the tale of the medieval Boogeyman.

Peter Niers Is Born Into A Class War

Niers was born into a peasant family in 16th-century Germany. During the heyday of serfdom, Niers saw firsthand the struggles of rampant classism. No doubt the inhumane living conditions and treatment of the peasant class were a catalyst for his later sociopathy.

Niers’ murder spree took place in the aftermath of a country-wide peasant uprising that began in 1525. Also known as the German Peasants’ War, this revolt was the largest uprising in Europe until the French Revolution. Peasant armies stormed the castles of wealthy landowners, monasteries, and cities. 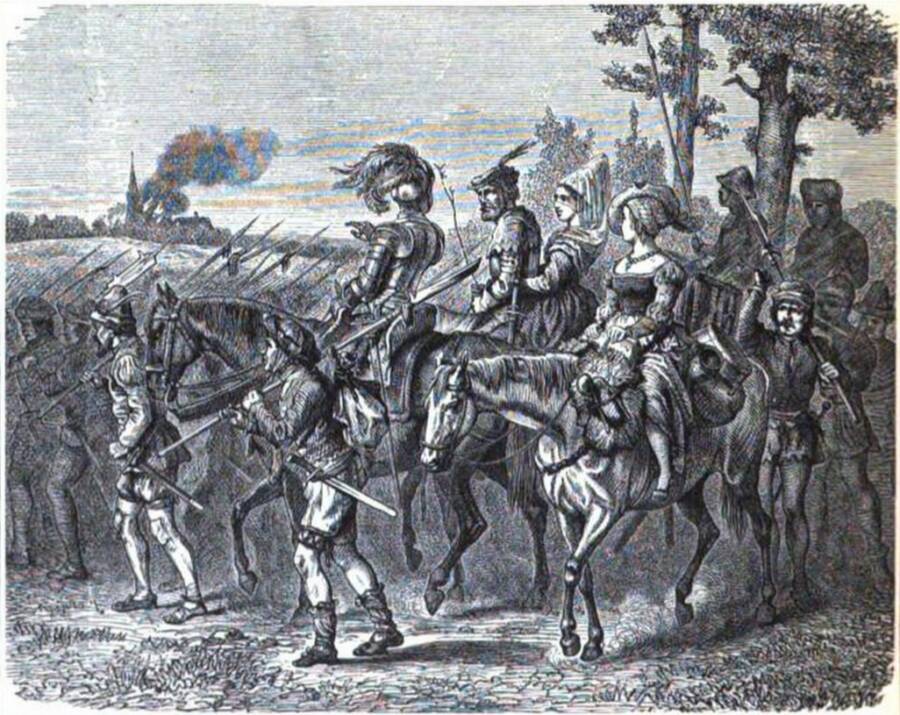 Public DomainThe peasant revolt in Germany that began in 1525 led to a long period of unrest and chaos. Here, a roving band of insurgents survey the feudal countryside.

As a result, crime rates in Germany soared. Surviving records reveal that murder accounted for anywhere from 11 to 15 percent of the country’s crime between the 1570s and 1590s.

And it was from this backdrop of violence and chaos that Peter Niers emerged.

The Crimes Of The Hellish Highwaymen

The revolution naturally fostered a hostile environment in which groups of thieving highwaymen roved.

Niers formed a gang of his own in Alsace, France, a town situated in the middle of the conflict. It is believed Niers was inspired by fellow murderer Martin Stier, a shepherd and murderer who organized 48 fellow shepherds into a gang of bandits. Stier and his gang claimed to have traveled all the way to the Netherlands. After a 22-year crime spree, Stier was executed in 1572, but not before mentoring Niers.

Niers and his rotating group of 24 bandits terrorized the European countryside for years as they stole from and murdered travelers on remote highways.

The gang split up to target smaller attacks or banded together to take down larger ones. Eventually, the gang became emboldened enough to march into towns and villages to murder, rape, and attack citizens for their goods.

Niers’ gang traveled hundreds of miles across southern Germany, western France, the Rhineland, and Bavaria. The gang’s widespread network of crime extended the stories of their misdeeds across Europe and created the lore around Peter Nier and his crimes that persists today.

First Capture And Claims Of Cannibalism And Black Magic

In 1577, Niers and members of his gang were captured for the first time after 11 years of crime.

One of Niers’ accomplices had turned them in and Niers was consequently tortured. He reportedly confessed to 75 murders, some of which explained several accounts of missing local women. 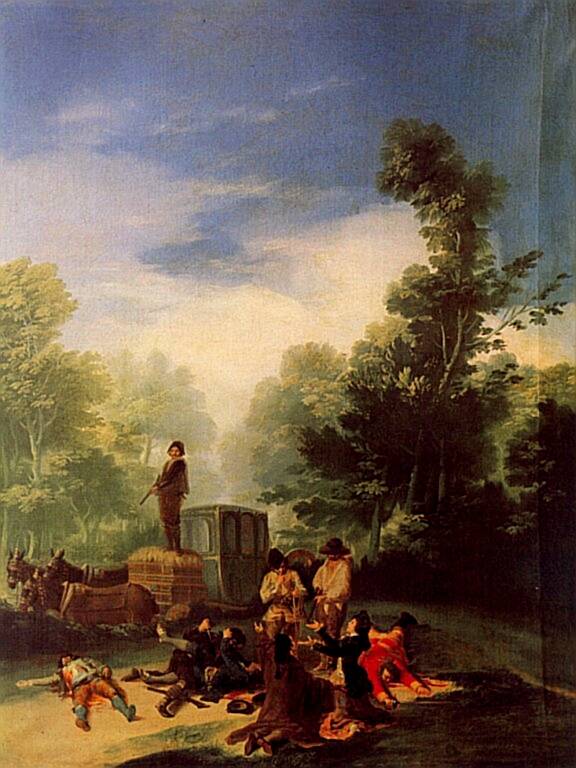 Wikimedia CommonsRoving bands of thieves, many of who were peasants in revolt, were called “highwaymen,” and they ranged from social anti-heroes like Robin Hood to satanic serial killers like Peter Niers.

Niers somehow managed to escape his first imprisonment and avoid execution. Soon after, the stories of his terrors reached folklorish levels of gore. Pamphlets, books, and songs about him were circulated and featured cannibalism, black magic rituals, and supernatural abilities.

According to a collection of pamphlets by Johann Wick, possibly the first-ever true crime reporter, the killer summoned the Devil in the woods near Pflazburg, France, and called on these powers to complete his crimes.

The stories also claimed that before his execution, Stier trained Niers in the art of black magic. Wick, who had followed both Niers’ and Stier’s crimes closely, published three pamphlets about Niers between 1577 and 1583 that revealed the depths of his depravity.

Historians reported that German black magic practitioners from this era believed candles made from fetus skin and fat allowed for invisibility and other supernatural powers.

Legend also maintained that cannibalizing fetuses could give one the ability to transform himself into a log, stone, or animal. As a black magician, it was believed that Niers acquired an appetite for infanticide.

He is said to have used the skin of infants to make candles that allowed him to break into homes undetected. It was said he hacked off the hands and feet of infants, cut out their hearts and ate them. He allegedly also hacked off the breasts of young girls he killed.

While on the run, Niers was reported to have frequently changed his appearance to avoid capture. Among these disguises were a leper, goat, and a soldier. There were also several things about Niers that never changed, no matter what form he took. He was known to always carry “money, two loaded pistols, and a broadsword.” In his 1579 arrest warrant, Niers is described as “rather old,” with crooked fingers, and a scar on his chin.

Finally, in 1581, Niers’ tenure as a serial killer would come to an appropriately disturbing end.

A Fitting Death For A Vile Life

By this time, Niers was well known across the country. He attempted to hide in plain sight when he stopped at a lodge in Neumarkt called The Bells and asked a local innkeeper to hold his leather pouch so he could visit a bathhouse.

This would prove to be his undoing.

As Niers enjoyed his bath, the townspeople confronted the innkeeper to open the leather pouch. Inside were the dried hearts and hands of fetuses. Realizing these were the possessions of a black magician, the townspeople knew to whom they belonged. Niers was easily captured in the bathhouse — much to the shock of the authorities.

Many believed Niers was so easily arrested because he was separated from his magical objects, which were believed to make him invisible. Niers surrendered and confessed to an astronomical 544 murders that included 24 pregnant women. 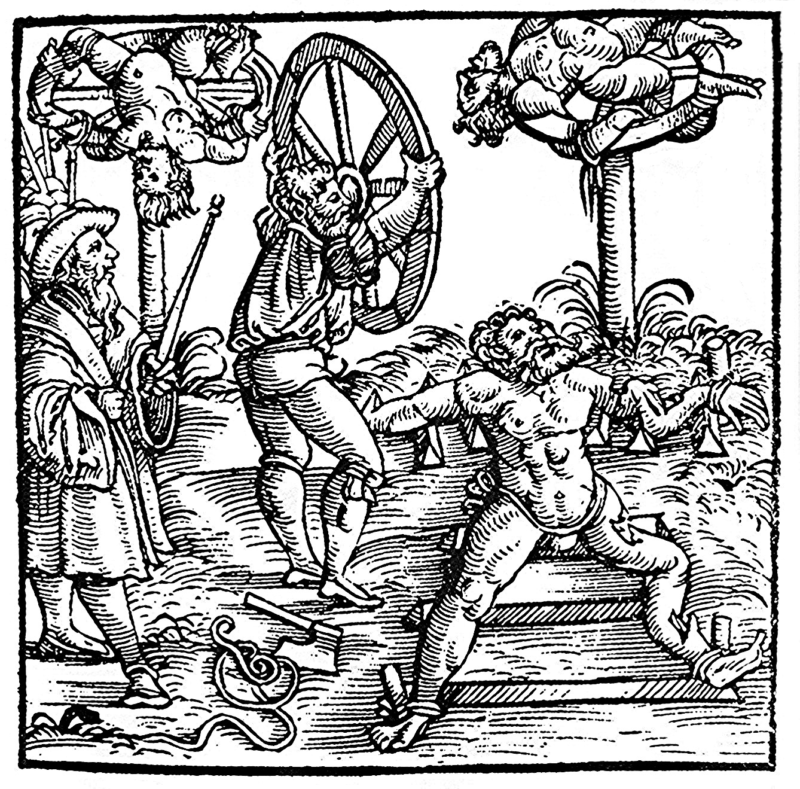 Wikimedia CommonsVictims of the medieval breaking wheel were subjected to immeasurable pain as their bodies were contorted until they were broken.

The Neumarkt executioners gave Niers a taste of his own medicine by delivering an especially violent death upon him.

For three days, Niers was tortured. One the first day, the flesh was skinned from Niers’ body and hot oil was poured into the wounds. The second day, Niers’ feet were greased and held above burning coals in an effort to roast him alive.

Finally, on the third day, Niers was strapped to the breaking wheel. This infamous Medieval torture device was a large wheel designed to break bones and/or crush someone to death.

Somehow, maybe due to one of his alleged deals with the Devil, Niers had still not died after the breaking wheel crushed his body. The executioner had to hack off Peter Niers’ limbs to finally kill him.

The combination of popular, contemporary folklore and the passage of time have rendered the details of Niers’ life and crimes somewhat unreliable. His crimes and kill count could be exaggerated.

Separating fact from fiction in Niers’ tale is all the more complicated by the accounts of two contemporaries, serial killers Christman Genipperteinga and Peter Stumpp.

Genipperteinga allegedly murdered 964 people and was also executed via the breaking wheel. Stumpp believed himself to be a werewolf and allegedly ate 14 kids. He was also known, like Niers, for having made a pact with the Devil. 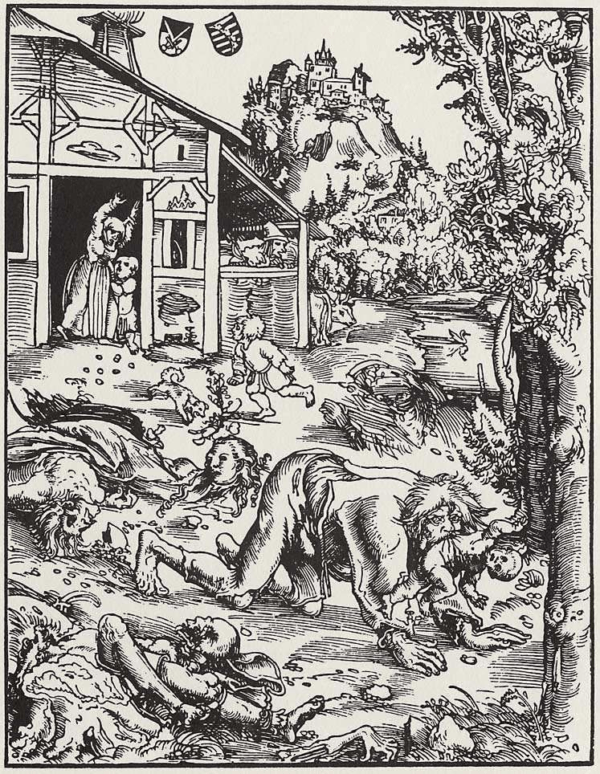 Based on his inflated kill count, in particular, historians believe Genipperteinga was a fictitious combination of Niers and similar murderers of the time.

As there seem to be no accounts that claim Niers was fake, and because his victim count appears legitimate, this medieval boogeyman could very well be considered one of the most prolific serial killers of all time.

Want more interesting and creepy stories from history? Read about the Russian Blood Countess and the Franklin Expedition.