People have hung rags in the trees at a "clootie well" near Munlochy for hundreds of years in an ancient healing ritual. 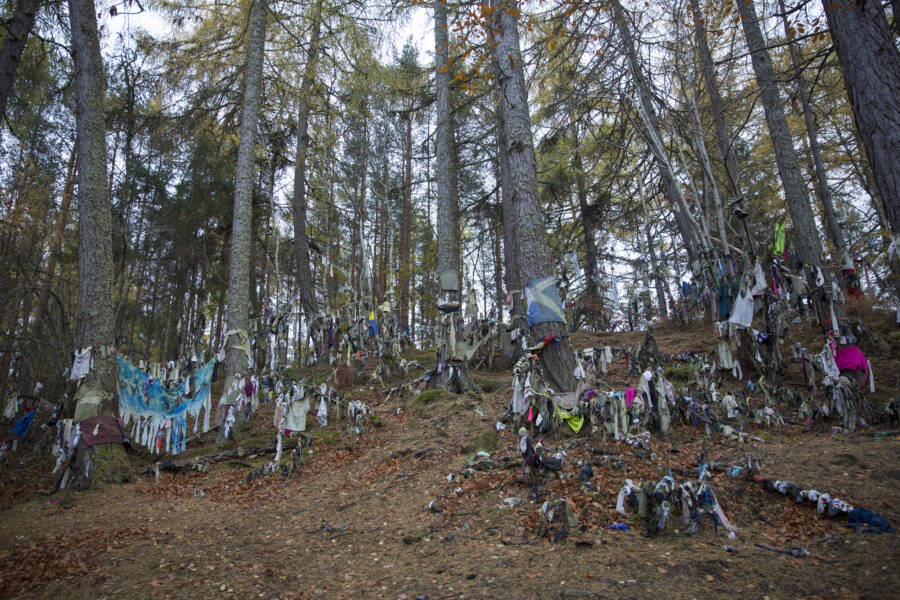 Sam Mellish / In Pictures via Getty Images ImagesThe clootie well was filled with offerings in 2018 (pictured) but has since been cleaned.

For hundreds of years, a patch of trees on the Black Isle peninsula in Scotland has fluttered with colorful rags. These offerings — which range from socks to face masks — are part of an ancient healing ritual. But someone has taken it upon themselves to clear the woods.

In January 2022, locals woke up to find the woods bare. Apparently, an “unidentified woman” had taken it upon herself to tidy up the ancient site, to the fury of many residents.

“I’m sure the person who cleared up thought they were doing something good,” said Claire Mackay, a Black Isle local. “But the fact they took it upon themselves, weren’t a local and did it without the permission of Forestry and Land Scotland has upset a lot of people.”

John Stott, of the Knockbain Community Council — which serves the village of Munlochy on the Black Isle peninsula — agrees.

“It’s quite strange that somebody has taken it upon themselves to do it,” he said. “I would guess that they’re not a local, maybe they don’t understand the tradition. Most local folks are scared to clear it just in case they get a bad vibe.”

The clootie well near Munlochy has existed for at least 1,400 years and is part of a Celtic tradition. Ancient people would dip rags — called cloots — in a holy well. Then, they’d hang them from the trees with the belief that people would recover from an illness as the rag disintegrates.

People would sometimes even leave sick children in the woods overnight. They hoped that being at the holy site would heal the children of their illness. 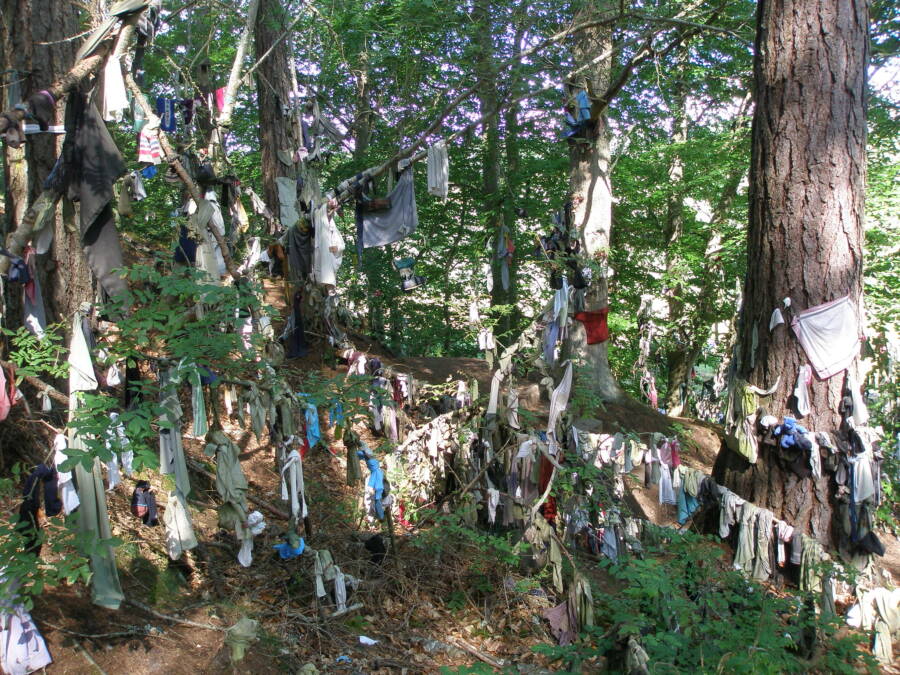 Anne/FlickrRags fill the branches of the clootie well on the Black Isle peninsula in this photo from 2009.

Sites like the one on the Black Isle peninsula exist across Scotland, Ireland, and England. But the clootie well near Munlochy has always been one of the most striking — which makes it all the more upsetting to some that the woods have been cleared.

“This is an important part of our heritage that’s loved and respected,” a local wrote on social media.

However, the clean-up has also inspired a debate about clootie wells and sustainability. Though some locals online are calling for the anonymous cleaner to be “cursed,” others admit that the clootie well needed a good scrub.

The site is looked after by Forestry and Land Scotland (FLS). They’ve overseen clean-ups before and have encouraged people to hang only biodegradable textiles, like cotton.

“This site is an important part of Highland history and culture, and we encourage all visitors to be respectful and to leave only biodegradable offerings,” said Paul Hibberd, FLS regional visitor services manager.

“The problem today is that many of the cloots are of synthetic material and do not rot away as they would have done in the past,” explained David Alston, a local historian. 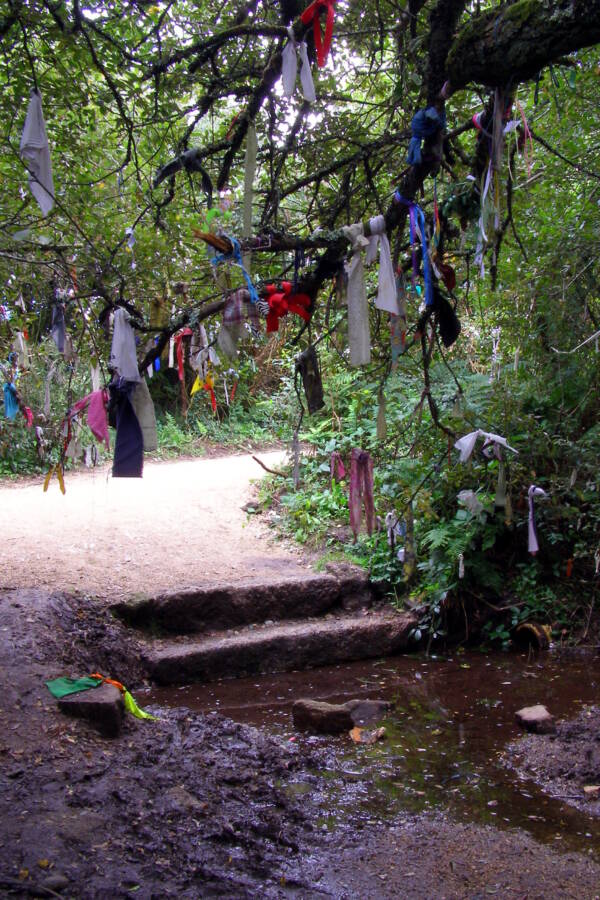 Indeed, Stott acknowledged that people have left items like tartan scarves, umbrellas, and football tops. “They are not biodegradable,” he said, calling some of the items “really off the wall.” “We need to educate them about the folklore.”

Now that the site has been cleaned up, some are hoping to take the opportunity — however unwanted — to reassess the clootie well itself.

Locals have discussed creating community groups to take care of the site, and increasing education in local schools about what kind of items are appropriate to leave.

Mabye, suggested a local named Mhairi Moffat, it could even become a protected heritage site. “It should be more of a landmark,” she said. “It has been there for centuries. People from all over the world come to see it.”

In the end, there’s not much that locals can do but hope that the clean-up offers a lesson about the clootie well tradition.

“The clean-up should have been a community decision,” said Macakay. “But now we can treat it as a clean slate and hope it has planted that seed about the need for people to leave more natural things.”

After reading about the clootie well clean up in Scotland, go inside Scotland’s impressive Caerlaverock Castle. Or, discover the story of Scotland’s magical Fairy Glen on the Isle of Sky.