Inside Caerlaverock Castle, The Mighty Fortress That Holds 800 Years Of Scottish History

Built in the 13th century by Clan Maxwell, Caerlaverock Castle is a striking triangular fortress on Scotland’s southern coast — which can still be visited today. 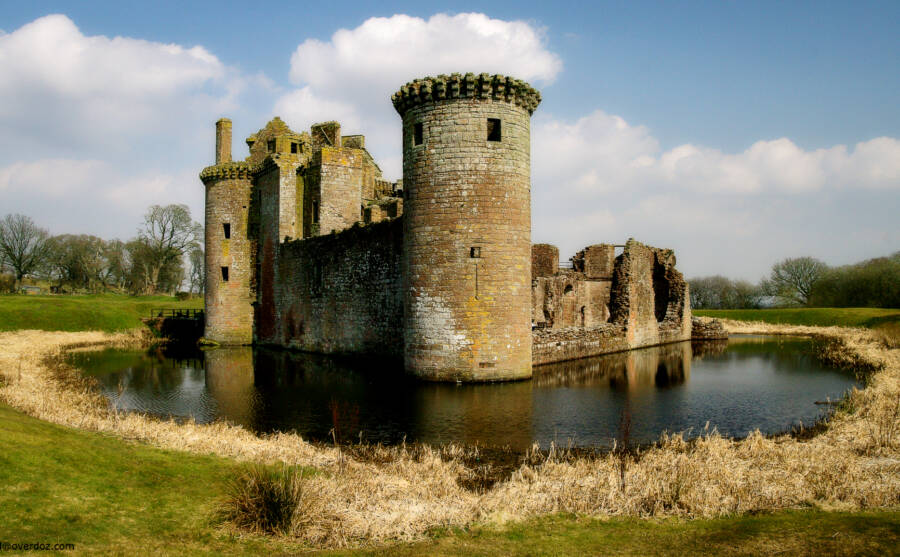 While there are more than 2,000 castles scattered throughout Scotland, not many have seen as much historic conflict as Caerlaverock Castle. Situated on the southern coast about seven miles from Dumfries, the 13th-century monument withstood the Wars of Scottish Independence and its numerous sieges by the English.

The Caerlaverock National Nature Reserve that hosts the eponymous structure rests actually contained two castles. The older of the two structures, however, was misguidedly founded on land too soft to support it, leaving only the foundation. The castle still standing today was constructed nearby as a result.

From King Edward I besieging it with 87 knights and 3,000 men to the essential modern-day nature reserve for birds that it is, the walls of Caerlaverock Castle contain a wealth of fascinating history.

The History Of Caerlaverock Castle

Caerlaverock is Common Brittonic, an old Celtic language spoken of the sixth century, with the initial “caer” meaning “an enclosed, defensible site” and “laverock” assumed to have been a personal name. 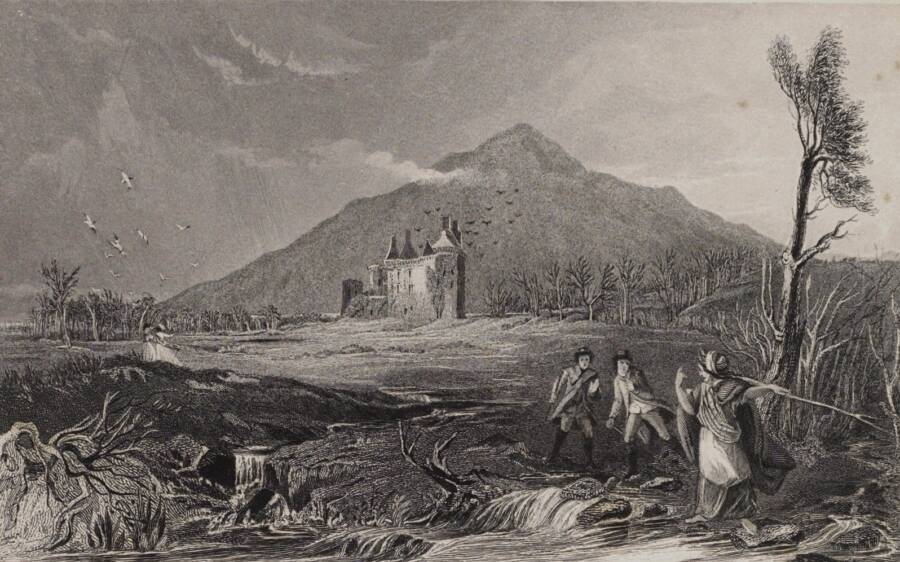 Wikimedia CommonsA 1715 steel engraving of the castle after a painting by Herman Melville.

And the Arthurian legend of Merlin was birthed within the walls of an older castle that’s only a stone’s throw away. As the story goes, King Gwenddoleu ap Ceidio’s death in 573 A.D. led his bard, Myrddin Wyllt, to lose his mind and hermit himself away in the woods — with the name of Myrddin evolving into “Merlin” over time.

Caerlaverock Castle’s history extends far beyond mere myth, however. It was in 1220 that Sir John De Maccuswell (which later evolved to “Maxwell”) was granted the land by Alexander II of Scotland. As newfound Warden of the West March, Maxwell began construction on a castle 656 feet from the structure seen today.

The structural integrity of that castle failed, and now Caerlaverock Castle was instead built — where it still stands today. In the 1260s, Sir John Maxwell’s brother and heir Sir Aymer Maxwell began construction, which concluded in the 1270s. 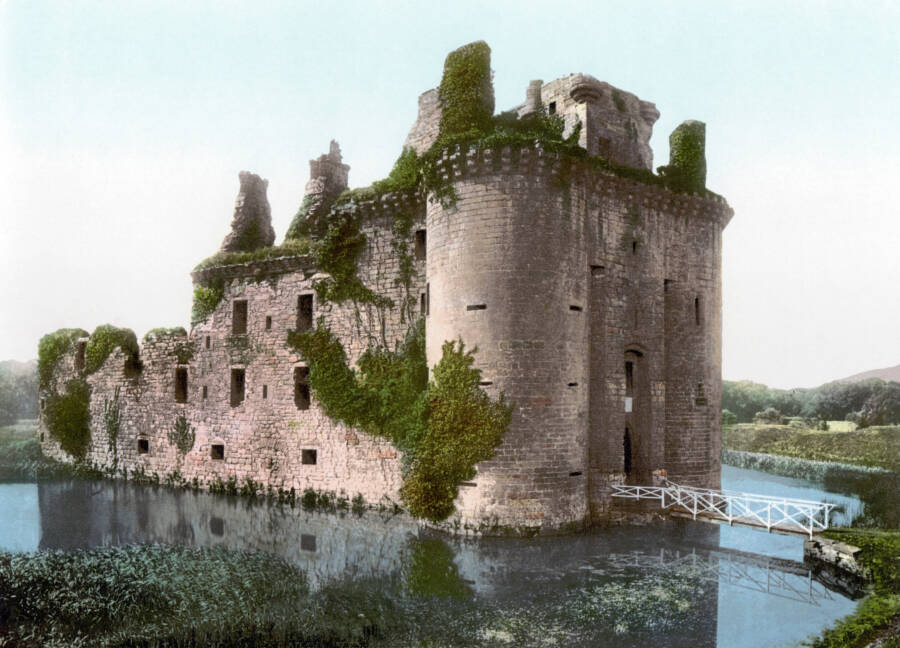 The Maxwell family’s stronghold was first jeopardized in 1299, when the castle’s garrison attacked the English-held Lochmaben Castle nearby. Retribution followed the next year, with King Edward I marching to Caerlaverock with 87 knights and 3,000 men. Led by Sir Eustace Maxwell, the defense was triumphant.

To this day, Historic Environment Scotland creates reenactments of that siege, which ended with the English keeping the castle until 1312. Though it was returned to Sir Eustace Maxwell, another siege followed. The castle continued to change hands from the English to enemy Scots, then back to the Maxwells.

Ultimately, it survived the Wars of Scottish Independence and remained in the family well into the 1600s. Caerlaverock Castle had withstood 400 years of warfare and countless sieges. In 1643, Robert Maxwell converted it into a place of lodging. Nonetheless, a rebel Presbyterian group of Scotsmen called Covenanters besieged it in 1640. 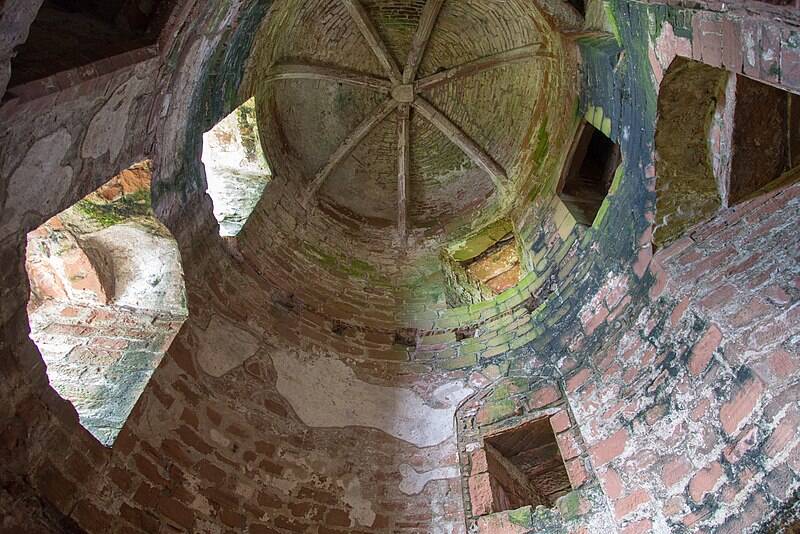 With the southern wall and tower destroyed over the course of that 13-week siege, Caerlaverock Castle was abandoned and stripped of its valuables. Its partial destruction is still evident today, with any further bloodshed at the site, fortunately, having ended in the 1600s.

Visiting Caerlaverock Castle today presumably results in quiet reflection of the historical strife it weathered across centuries. While the fortress is currently closed for visitors, guests can still marvel at the remaining towers, walls, and moat — before wandering around the expansive reserve the castle rests in.

Admission for adults is rather inexpensive at around $8.50, with children’s prices an even $5. Aside from everyday visitors, Caerlaverock Castle has been prominently used for feature films, most notably the David Tennant romantic comedy The Decoy Bride. 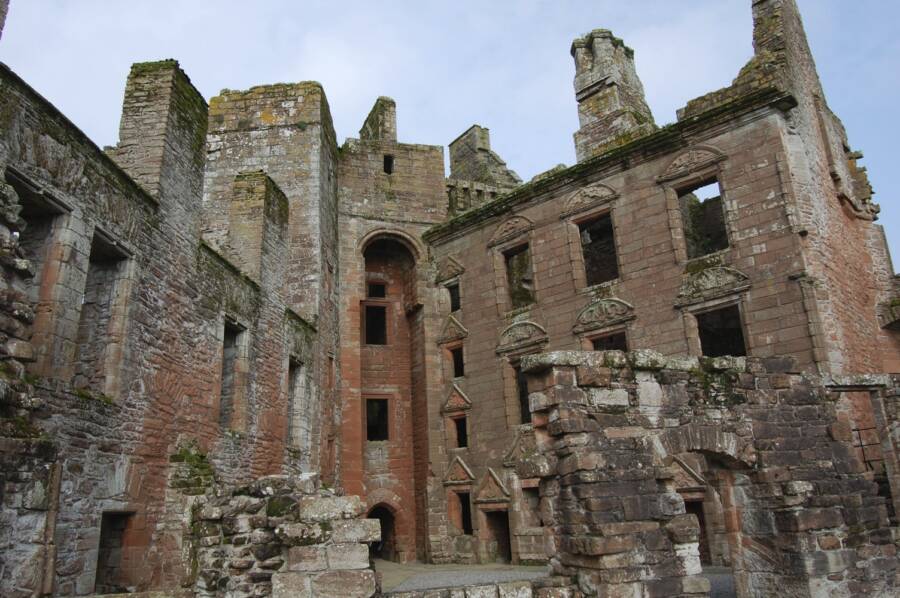 Flickr/Stuart MaxwellThe southern wall and tower were destroyed in 1640, making a gander inside unavoidable.

Perhaps most notable is that the castle’s triangular shape is unique in Britain, while the nature reserve offers 15 habitats that include ancient woodlands, swamps, ponds, and untouched grasslands. The reserve sees the River Nith connect to the Solway Firth, with sandbanks still the same as their 13th-century counterparts.

For the wildlife, the Caerlaverock National Nature Reserve is one of only two homes in Great Britain for tadpole shrimp. With Barnacle Geese waddling around for three seasons of the year and natterjack toads jumping around nearby, the site is a true haven for those seeking some solace with a dash of history.

Fortunately, the site has been listed as a historic landmark in 1946 — and is thus finally protected for good.

After learning about Caerlaverock Castle, take a look at magical pictures of the Scottish valley of Fairy Glen. Then, check out nine abandoned castles that are still glorious in their decay.