Richard Jessee was driving his ATV near his mining claim when the bear attacked him out of nowhere and destroyed his vehicle and cell phone. Then it kept coming back every night for a week. 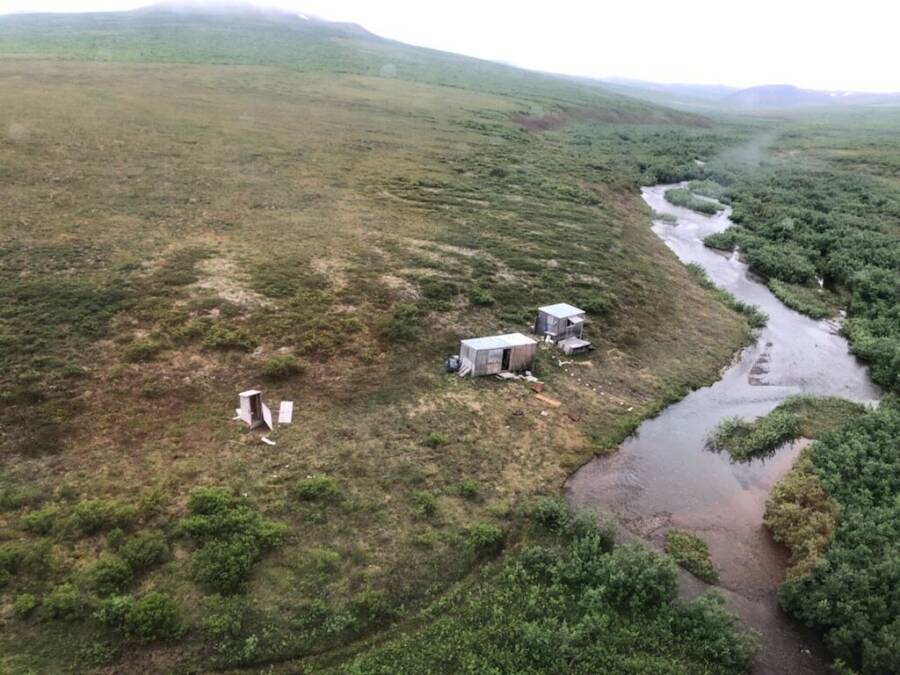 U.S. Coast GuardThe remote mining camp was about 40 miles outside of Nome, Alaska.

The U.S. Coast Guard rescued an Alaskan miner after they spotted him waving his arms in the air and saw a distress sign written on his roof. He had been attacked by a grizzly bear, which had returned every night for a week straight before the man was saved.

Coast Guard Lieutenant Commander Jared Carbajal had just changed course to avoid some clouds when he saw it: Isolated in the Alaskan wilderness was a man waving his arms. With “SOS” and “HELP ME” scrawled on the roof.

Injured and and sleep-deprived, the man was near death and had only two rounds left in his revolver.

“We don’t really come across people in the middle of nowhere,” said Lieutenant Junior Grade A.J. Hammac who copiloted the helicopter that day. “He was kind of struggling. When we came around, he was on his hands and knees waving a white flag. He definitely looked like he had been out there for a while.”

The man, identified as Richard Jessee, had been staying in the shack since July 12, when the bear attacked him, throwing him off his ATV and dragging him to a nearby river, where he lost his cell phone.

“The bear came out of nowhere,” he told The Nome Nugget. “It rolled my bike and the trailer over like it was a toy car. I was in shock and hypothermic.”

Jessee managed to fire a shot from his revolver to scare the bear away before running into his cabin for protection. But the bear continued to attack for days.

“There was no doubt about it: the bear was trying to get into my cabin,” he said. “I don’t know why it was so aggressive. Maybe it had cubs nearby.” 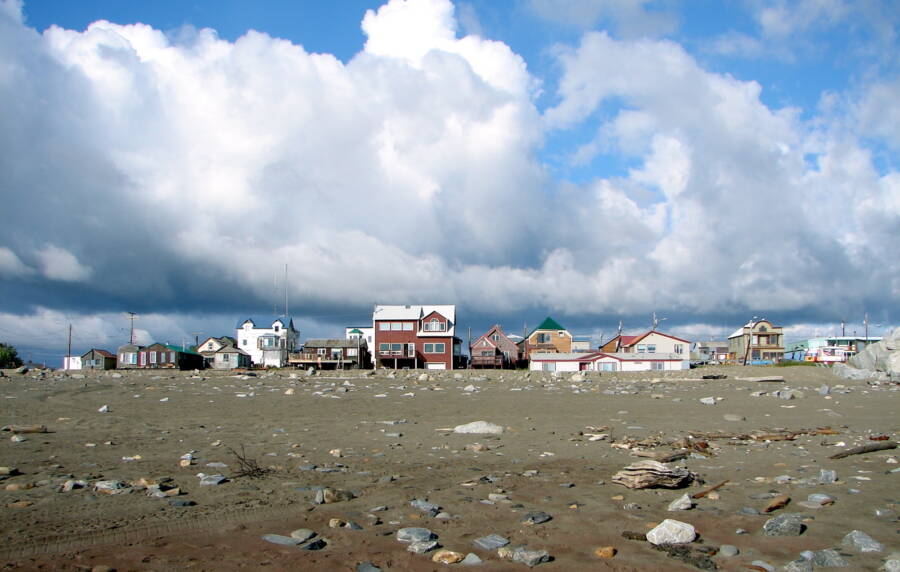 Some 40 miles outside of Nome, Jessee was stranded without his vehicle or a way to call for help. But he managed to write the SOS on top of his shack, and when he heard the helicopter, he began waving. When rescuers arrived, they noted the door had been ripped off. Jessee hadn’t slept in days.

“We were flying near a lot of old mining sites, and my copilot noticed a guy waving at us,” Carbajal said.

“He was waving two hands over his head, and that’s usually sign of distress, so we turned to fly over to check it out and make sure he was okay. As we came up, we noticed on top of his roof, he had painted ‘SOS HELP ME.'”

Perhaps most disturbing is that the rescue nearly didn’t happen at all. Carbajal and his crew had been ordered to travel from a remote base to Nome to fly a team of scientists along the coastline to look for dead whales and walruses the following day. To avoid bad weather, the 37-year-old pilot rerouted about a mile off course.

Bears proliferate the Alaskan wilderness, and bear attacks, while rare, are not uncommon. However, Alaskan Coast Guard spokeswoman Ali Blackburn explained that it’s very unusual for someone to have repeated encounters with the same bear. 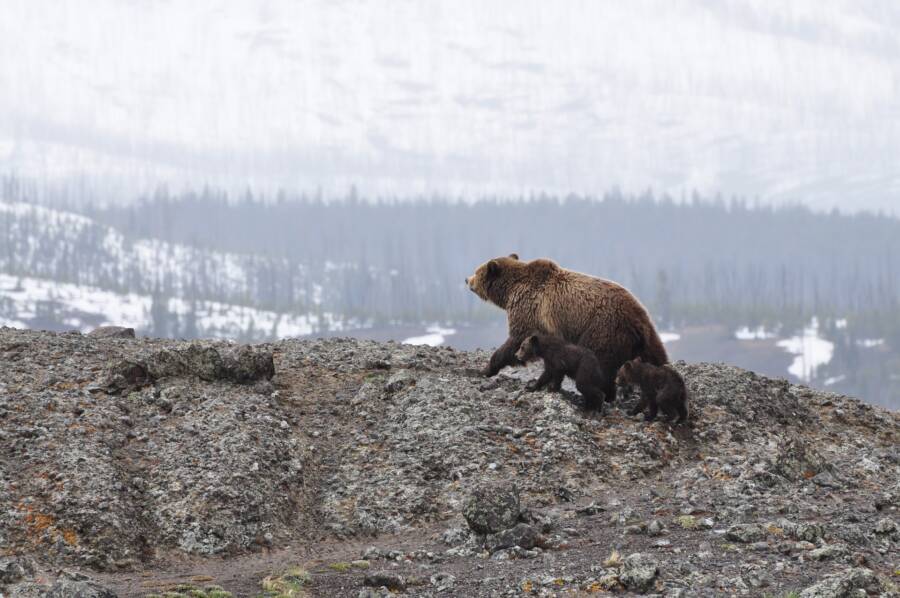 Alaskan health officials detailed in a report from 2019 that 68 people in the state were hospitalized from bear attacks between 2000 and 2017. Ten people were killed during that time period.

The Coast Guard used this opportunity to remind anyone in the wild to carry a satellite phone or emergency beacon.

After the 15-minute flight from the camp to Nome, Jessee refused to be put on a stretcher and transported to a hospital. Instead, he demanded to walk himself to the nearby ambulance.

“You could tell he was starting to come off of the adrenaline, I think, and started to realize what happened,” said Carbajal. “He did not want to get in the gurney.”

Jessee is successfully recovering after being treated for a leg injury and bruises on his torso. He had been mining on his small claim every summer for the past 21 years without incident. But after this experience, he has decided to change his routine.

“The big lesson here is that I shouldn’t go out by myself,” he said. “I’ll never do that again. I’m a very lucky man.”