The Heartbreaking Story Of Ida Straus, The Woman Who Went Down With The Titanic Rather Than Leave Her Husband Behind

Isidor and Ida Straus were a well-to-do German-American couple who passed up seats on lifeboats and instead chose to stay together on the RMS Titanic as it sank on April 15, 1912. 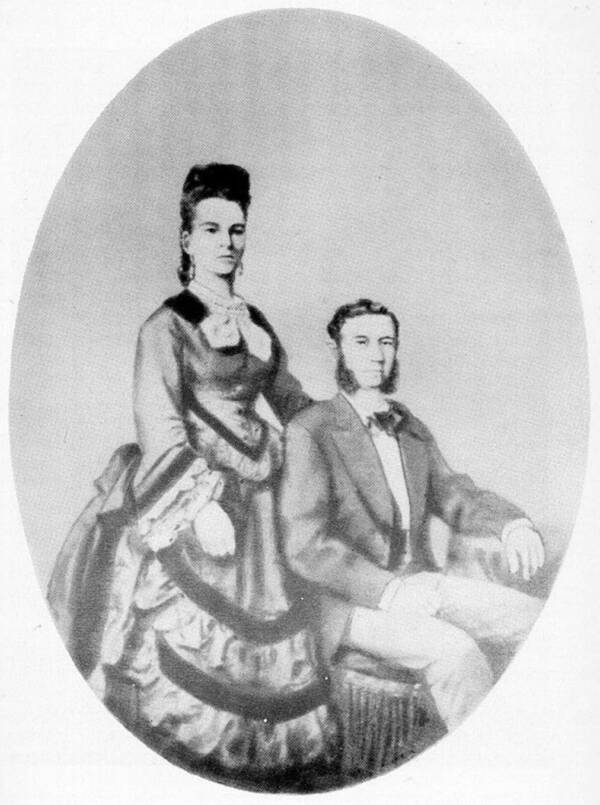 Wikimedia Commons Isidor and Ida Straus on their wedding day in 1871.

One of the most tragic scenes from the 1997 movie Titanic depicts an elderly couple who quietly tuck themselves into bed and wait for death together as the ship begins to flood. Although a moment like this may seem too cinematic to be true, it was in fact based on the story of a real-life couple named Isidor and Ida Straus — and the film actually gets the spirit of their story correct.

Although the pair may not have died in their bed, it’s true that they made no attempt to escape the Titanic as it sank into the Atlantic Ocean, instead choosing to die together.

From their blissful life together to their refusal to separate even at the bitter end, this is the poignant story of Isidor and Ida Straus.

The Love Story Of Isidor And Ida Straus

Right from the very beginning, it seemed as though Isidor and Ida Straus were fated to be together. They shared the same birthday (February 6), were both of Jewish descent and both emigrated from Germany to America in their early lives.

The couple married in 1871. Isidor worked for his father’s business — L. Straus & Sons — which was a pottery brand that later integrated into the glass and china department at Macy’s. He worked hard, eventually all the way up to being a co-owner of the entire Macy’s chain.

Ida Straus was both a housewife and a very busy mother, as the couple had seven children together. (One son, Clarence, died around the age of two.) Even though Isidor also had his hands full with work — in addition to his duties serving as a member of the U.S. Congress for a year — the couple was said to be particularly close. 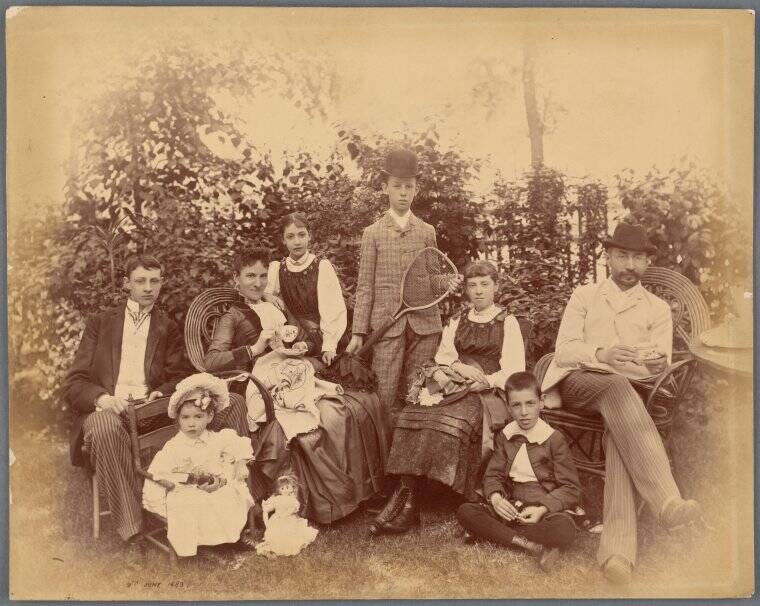 Whenever Isidor traveled for business, the pair wrote to each other faithfully. They were very much in love, and truly hated being apart.

“Theirs was the love of husband and wife so beautiful among old couples who have weathered life’s storms together. Two more devoted lovers could scarcely be found”, recalled Isidor’s cousin, Mrs. Samuel Bessinger.

“Knowing Mrs. Straus as we do, we are certain that rather than leave her husband, she remained on the ship. If he was not permitted to enter one of the small boats, both undoubtedly are lost”.

The Wrong Place At The Wrong Time 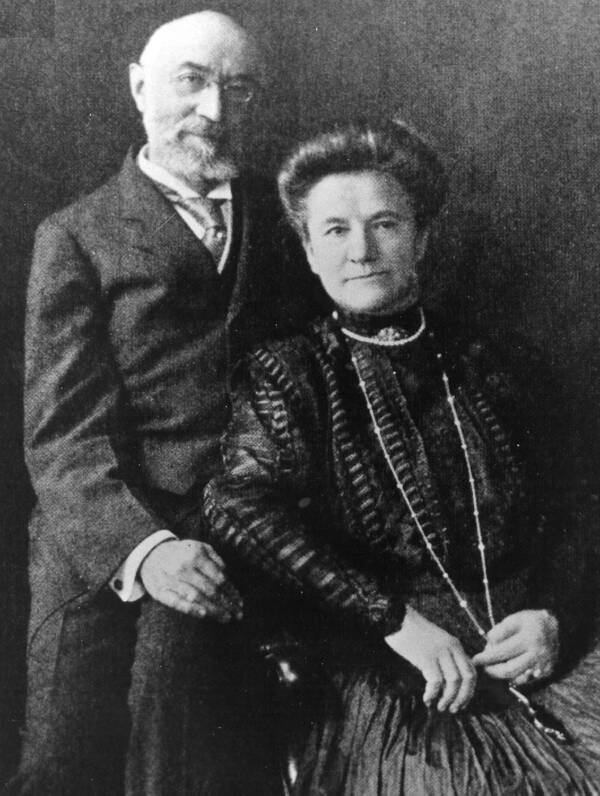 As ticket holders #17483 assigned to cabin C55, Isidor and Ida Straus did not originally plan to travel aboard the RMS Titanic from Southampton. In fact, they weren’t even scheduled to be in Europe at the time, according to Encyclopedia Titanica.

On any other year, the pair would be vacationing in southern California with Isidor’s business partner, A. Abraham. However, Abraham’s sudden death led to a last-minute European vacation instead.

They were scheduled to travel back home to New York with their newly-hired English maid, Ellen Bird. However, due to a coal strike going on in England at the time, the ship they’d planned on taking home had to give its coal to another ship. This new, much-hyped vessel was making its maiden voyage, and it was likely an exciting change of plan to board the luxury ocean liner named the RMS Titanic.

As we know, that voyage brought tragedy instead of excitement. The hubris of calling the Titanic an “unsinkable ship” was seemingly too tempting for fate to ignore.

Ida Straus And Her Final Night On The Titanic 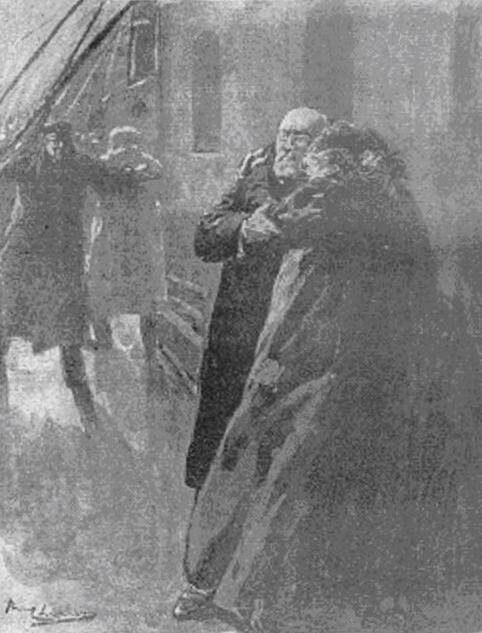 Wikimedia CommonsDrawing by Paul Thiriat, published in the French daily Excelsior in April 1912, depicting the last moments of Ida and Isidor Straus as the Titanic sank.

After evacuations began on that fateful night of April 15, 1912, Ida Straus and her husband were standing on the deck by Lifeboat 8. Col. Archibald Gracie, a passenger who had befriended Isidor, tried to persuade Ida Straus to board a lifeboat.

She almost did — but as Gracie then offered Isidor a spot on the boat due to his wealth and status, Isidor adamantly refused, as there were women and children still not on lifeboats. “I will not go before the other men”, he stated. Ida stood by Isidor, saying, “We have lived together for many years. Where you go, I go”.

The couple made sure that their new maid secured a spot on a lifeboat, and gave her Ida’s long mink fur coat to keep her warm. Ida told Ms. Bird that she herself would not be needing it.

Again, someone boarding lifeboats offered Ida a seat. Knowing her husband would not board until every woman and child was evacuated, she continued to refuse. “As we have lived, so will we die, together,” she promised.

The last time anyone saw Ida and Isidor, they were sitting side by side on deck chairs while the ship continued to sink. Eventually, the ocean swallowed them.

The Legacy Of Ida And Isidor Straus 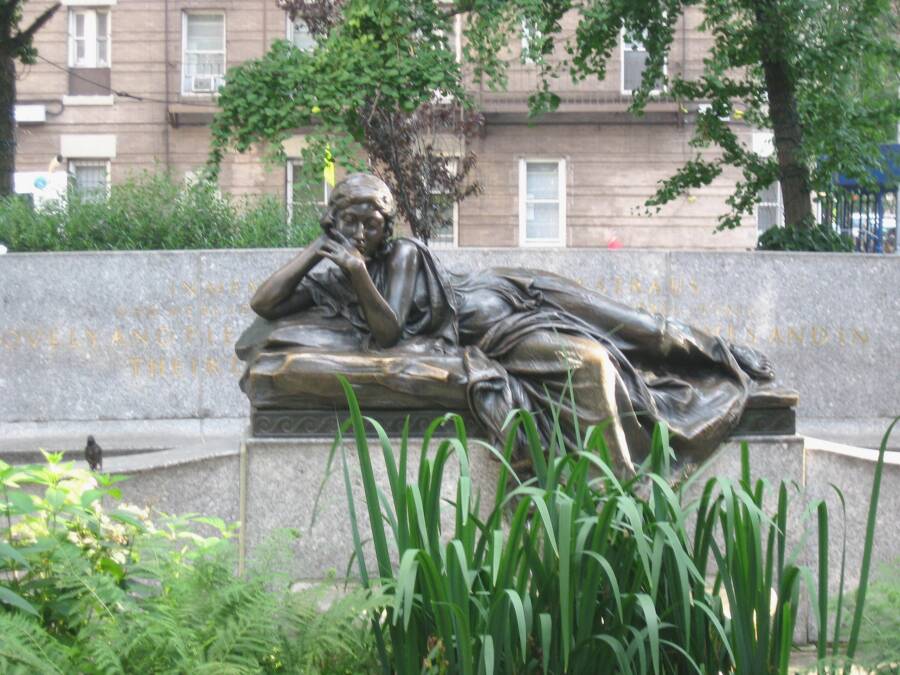 Upon being rescued from her lifeboat, Ellen Bird relayed the devotion of Isidor and Ida Straus, and it resonated with people throughout the world.

Searchers eventually found Isidor’s body. In his pocket was a gold and onyx locket with photos of his eldest children. He still had on his fur-lined overcoat.

Ida Straus’ body was never recovered, nor was the body of the couple’s valet, John Farthing.

Straus Park in Manhattan is named after the couple. A bronze statue of a nymph overlooking the water inside the park is also dedicated to them. (The model for the statue was Audrey Munson, widely regarded as America’s first supermodel.)

History will not soon forget the legacy of love and devotion that was the mark of Isidor and Ida Straus. They did not expect any special treatment due to their first-class status and would have rather died together than be separated.

After Ellen Bird’s rescue, she contacted the couple’s daughter, Sara, to return Ida’s mink fur coat. Sara thanked her but said, “This coat is yours. I want you to keep it in memory of my mother”.

Isidor is buried at Woodlawn Cemetery in Bronx, New York — with a cenotaph that reads, “Many waters cannot quench love — neither can the floods drown it.”

After learning about the heart-wrenching story of Isidor and Ida Straus, read about another notable RMS Titanic passenger, the Unsinkable Molly Brown. Then, check out the sad stories behind these Titanic artifacts.