Everyone should see Iguazu Falls in person, but if you can't make it to South America just yet, these photos should tide you over. 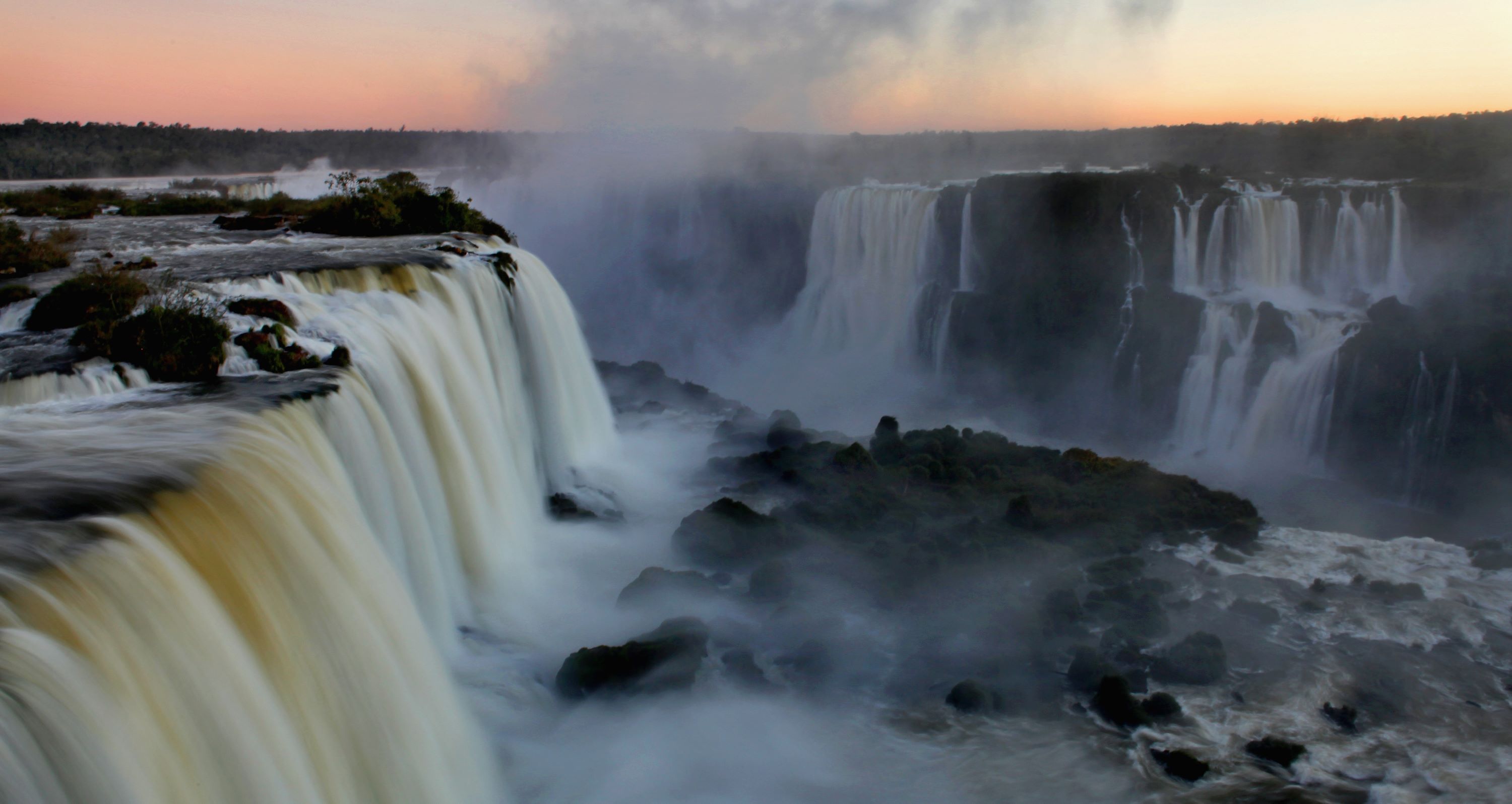 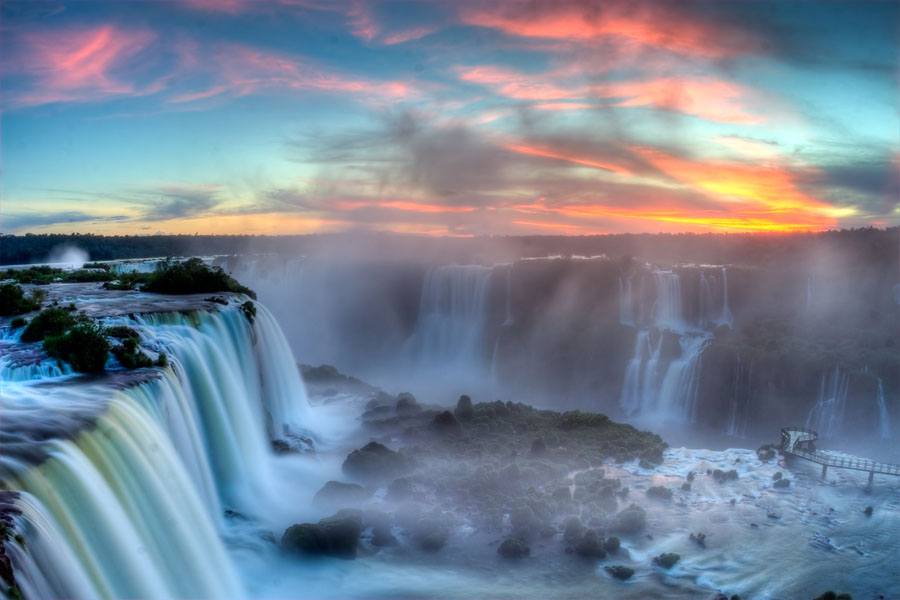 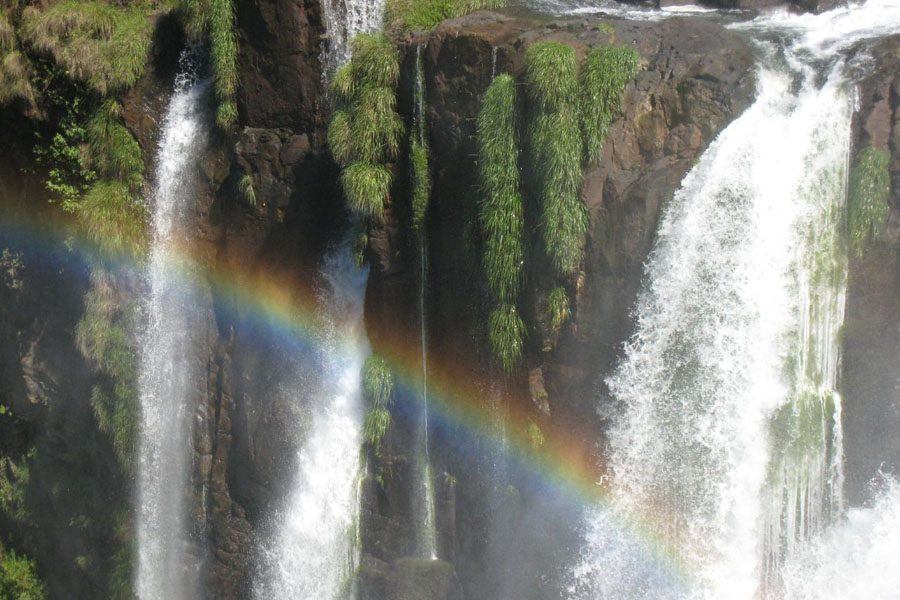 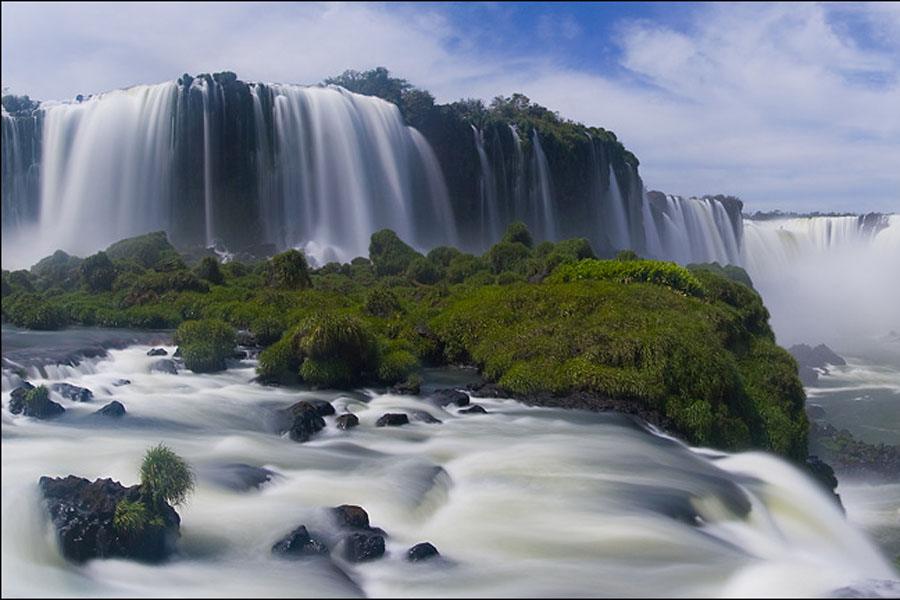 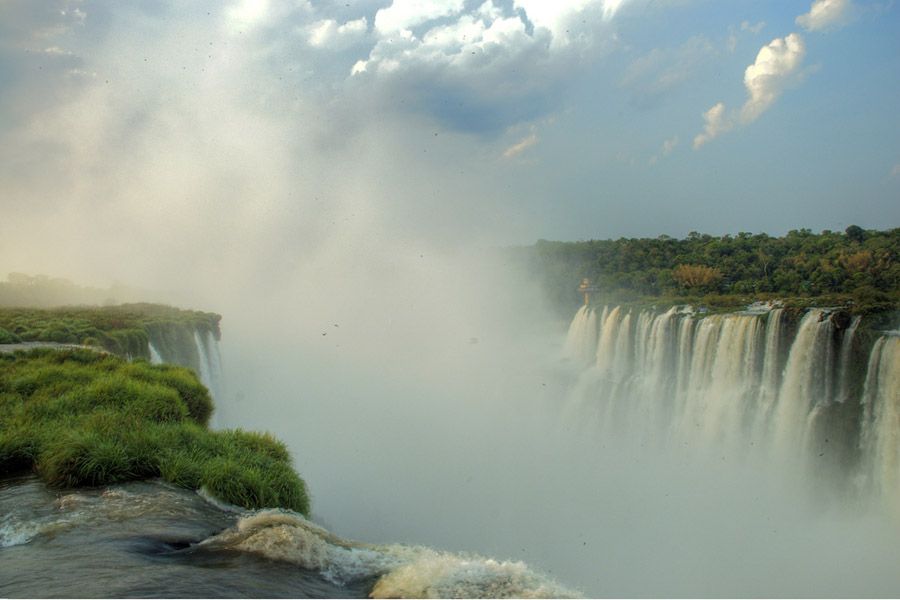 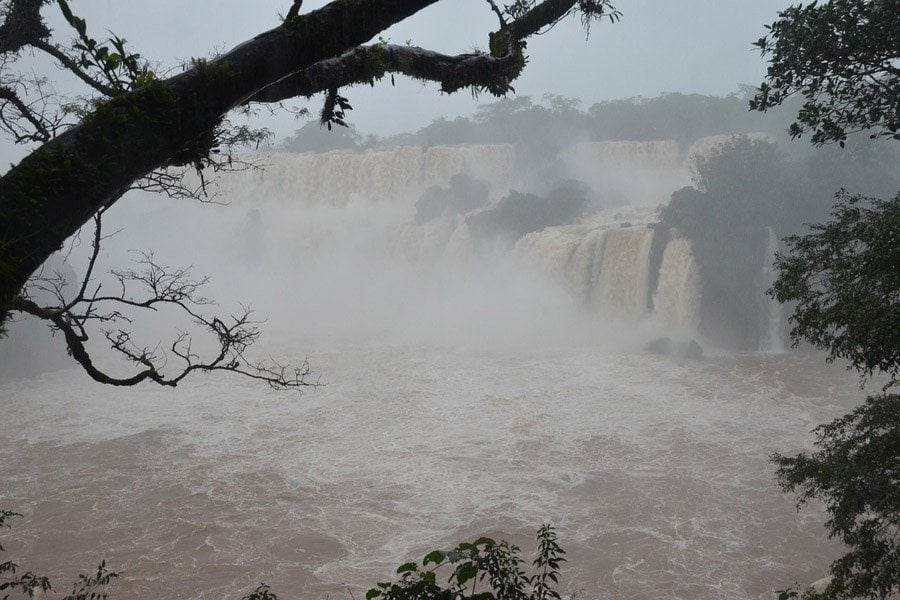 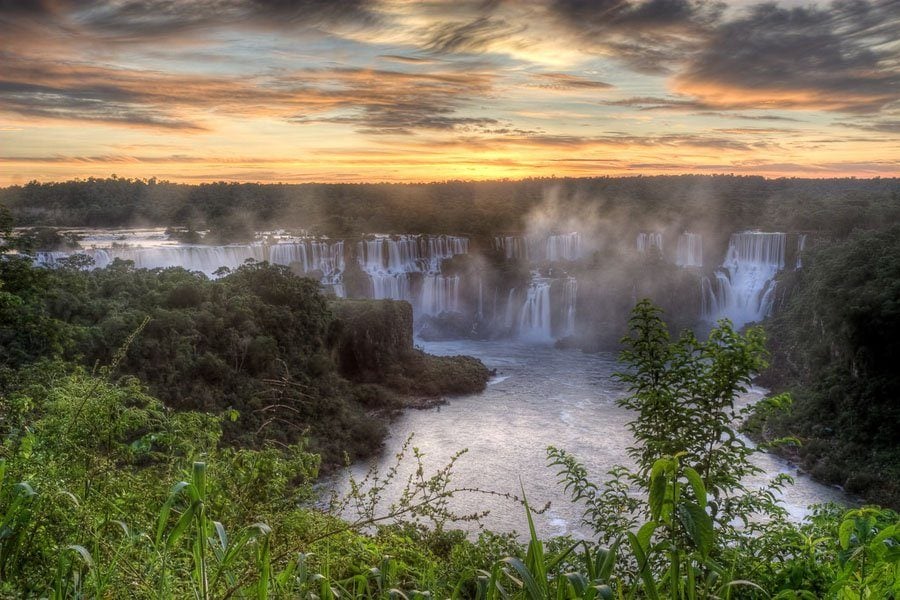 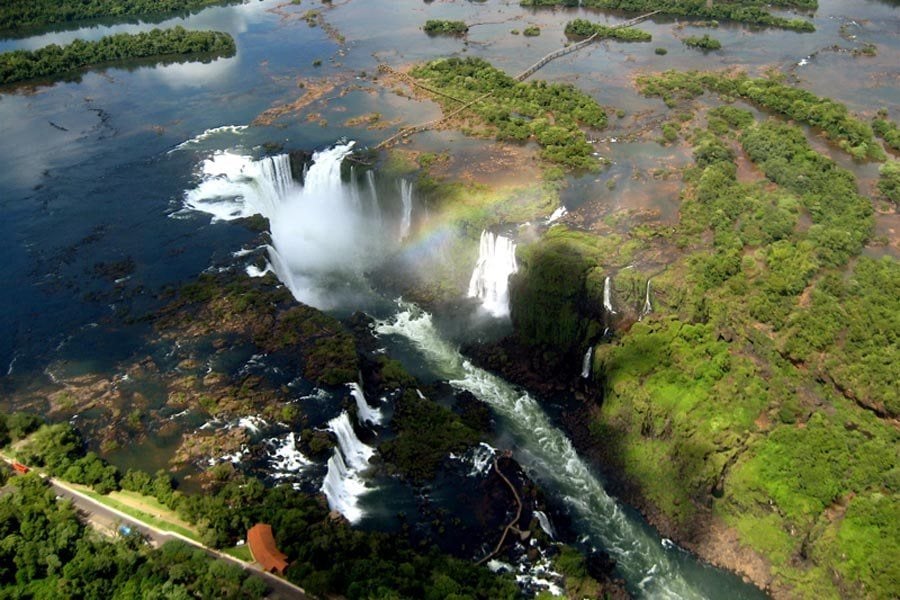 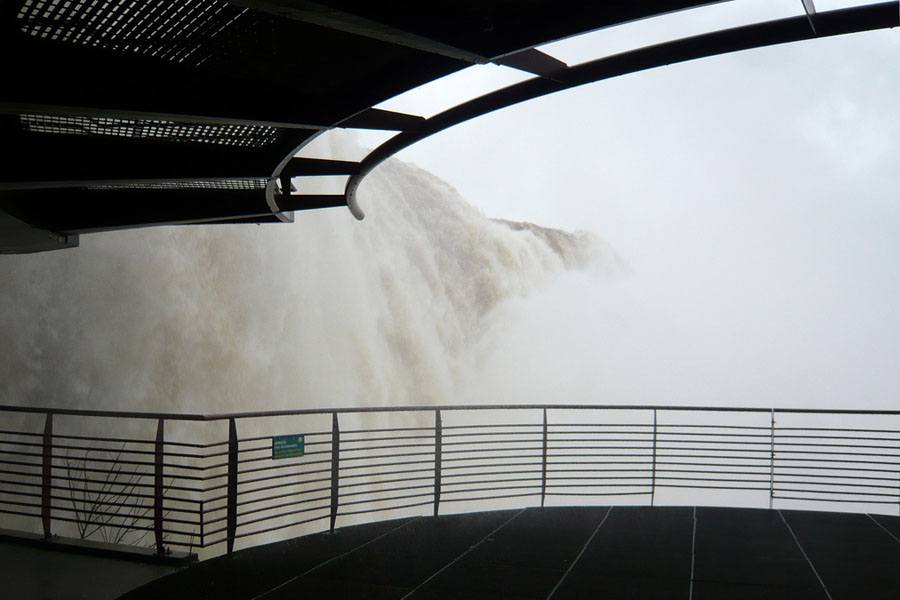 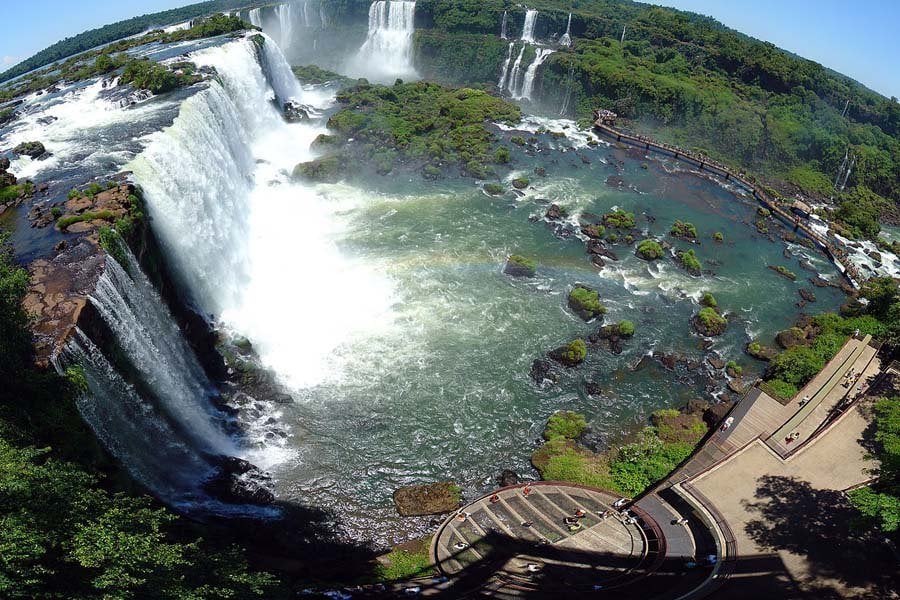 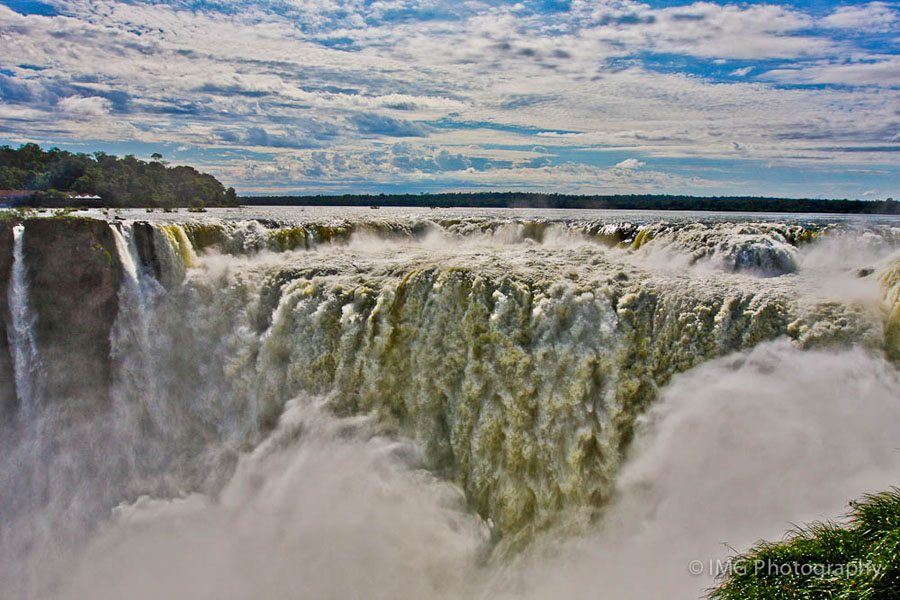 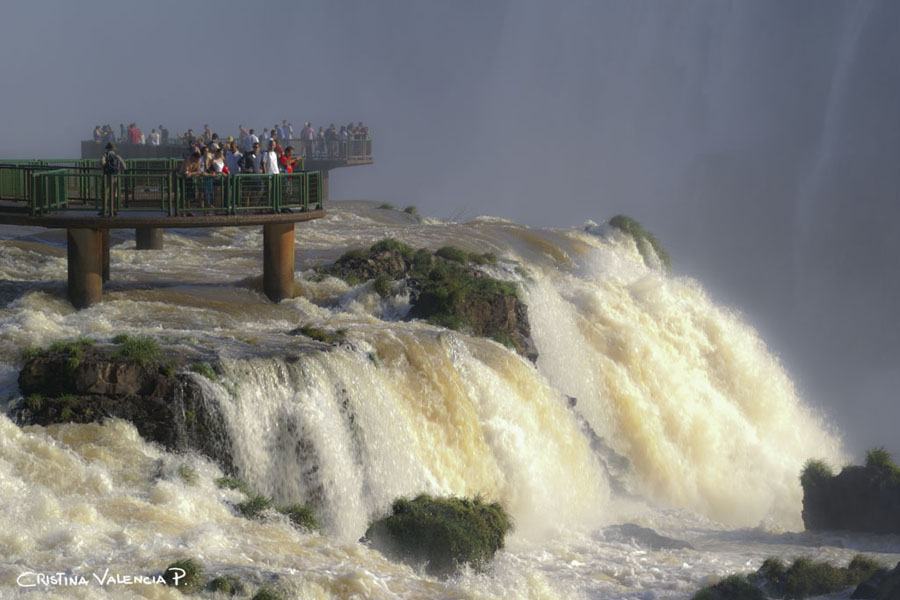 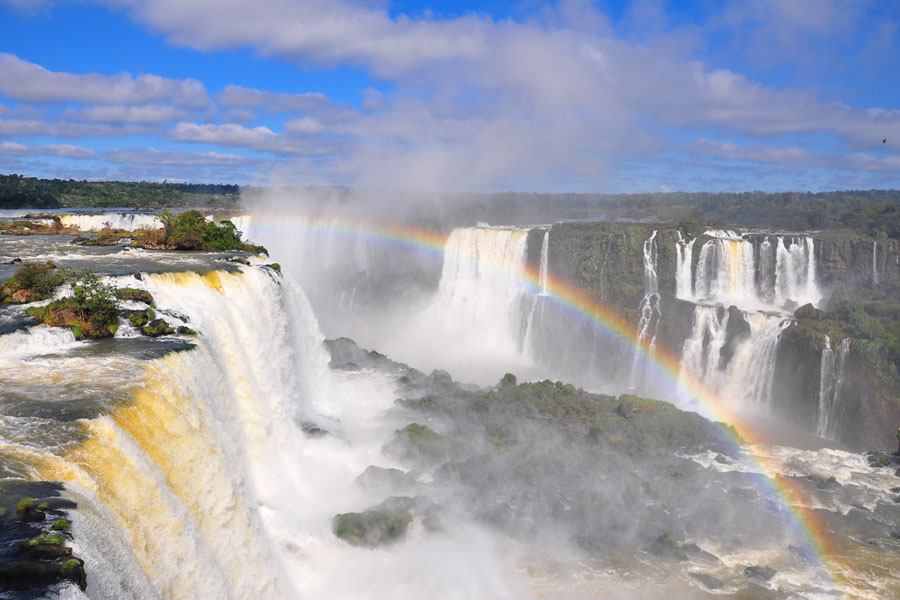 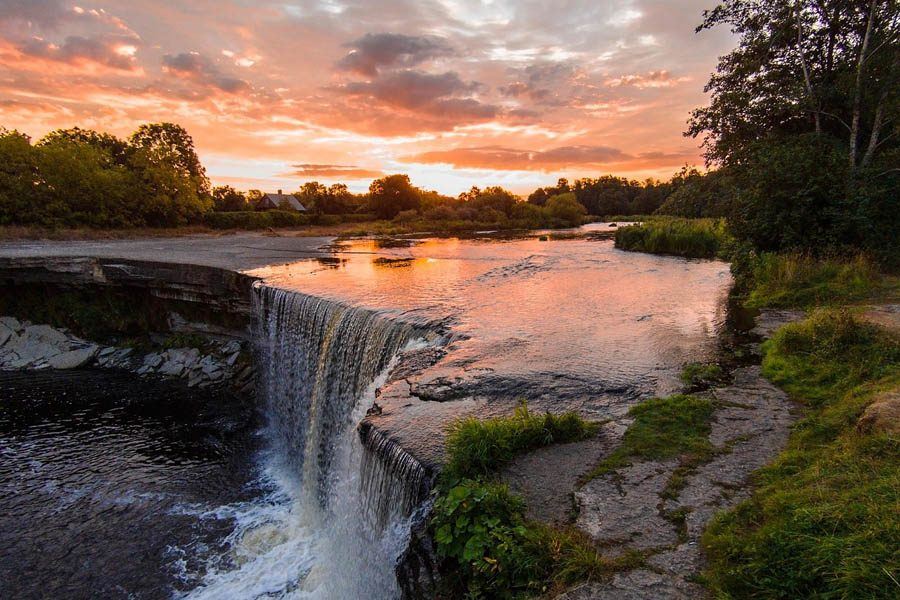 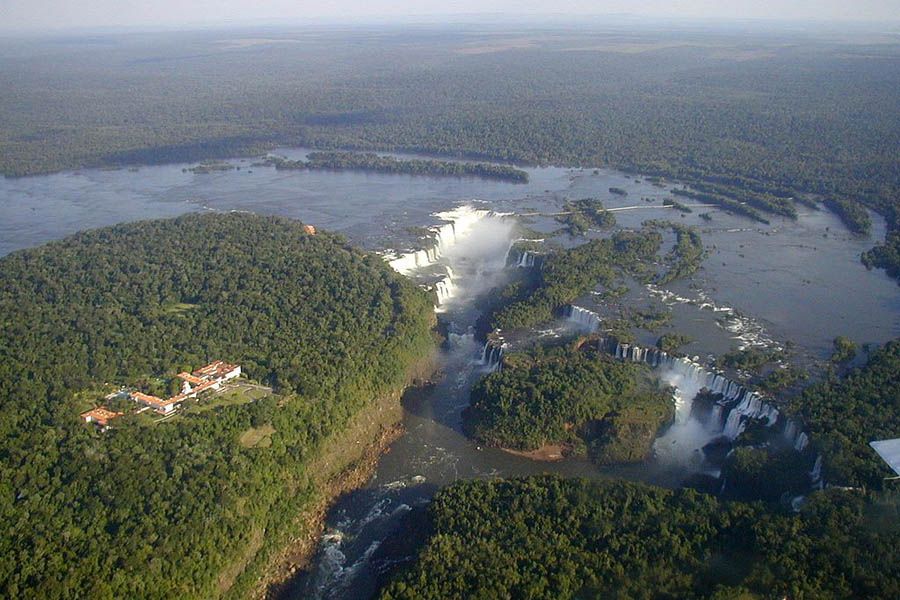 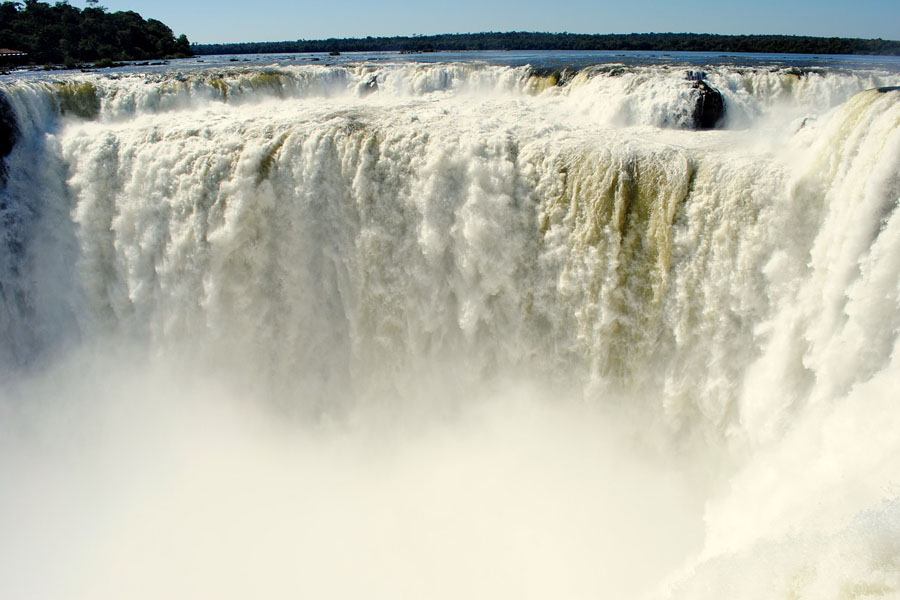 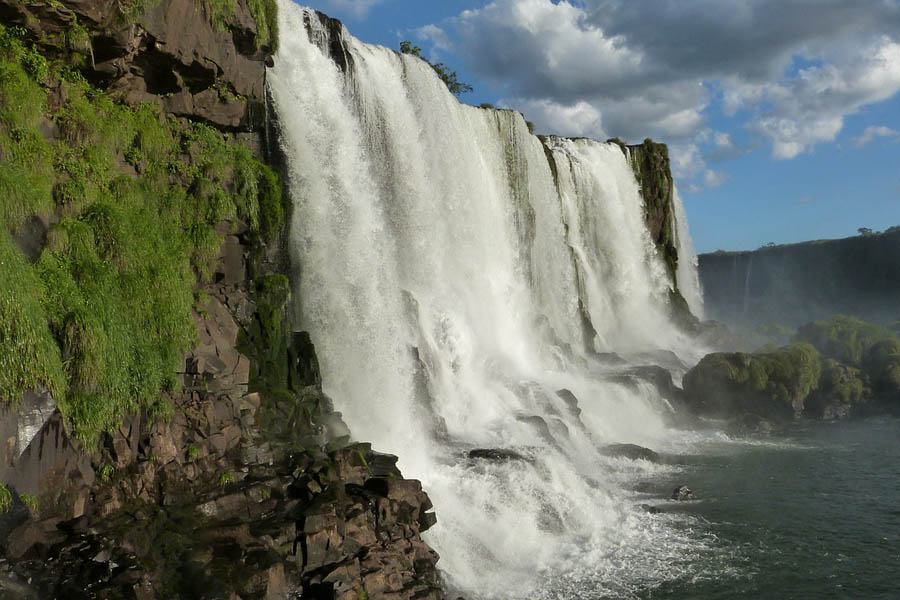 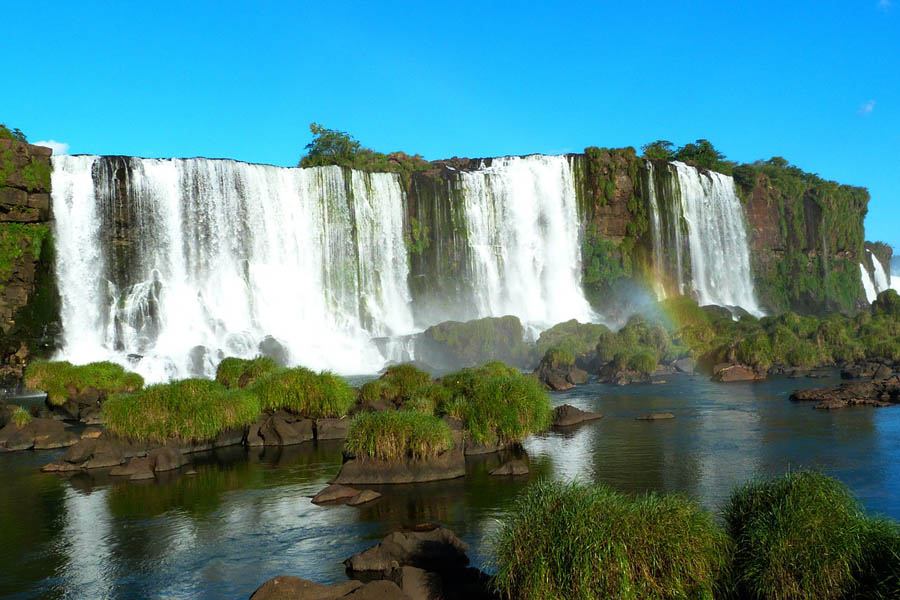 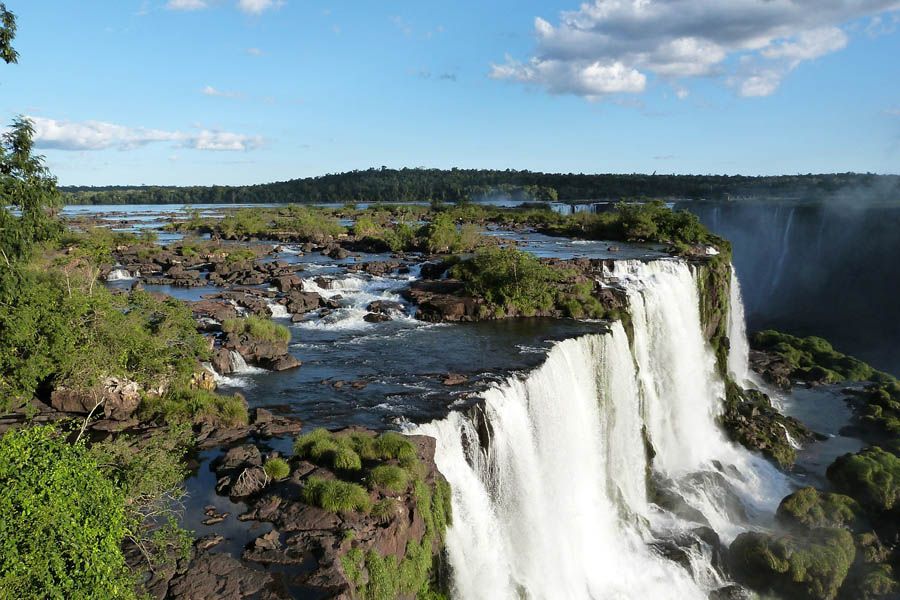 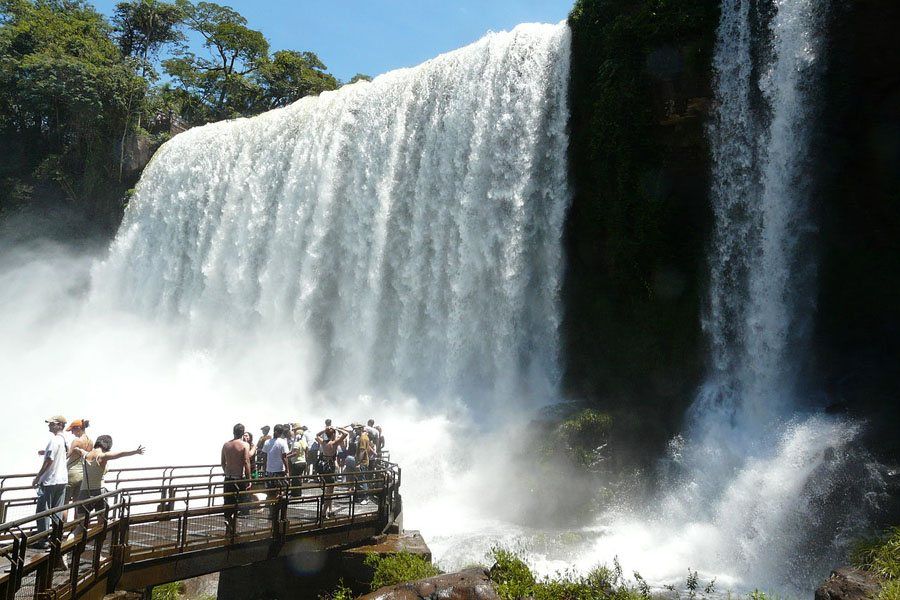 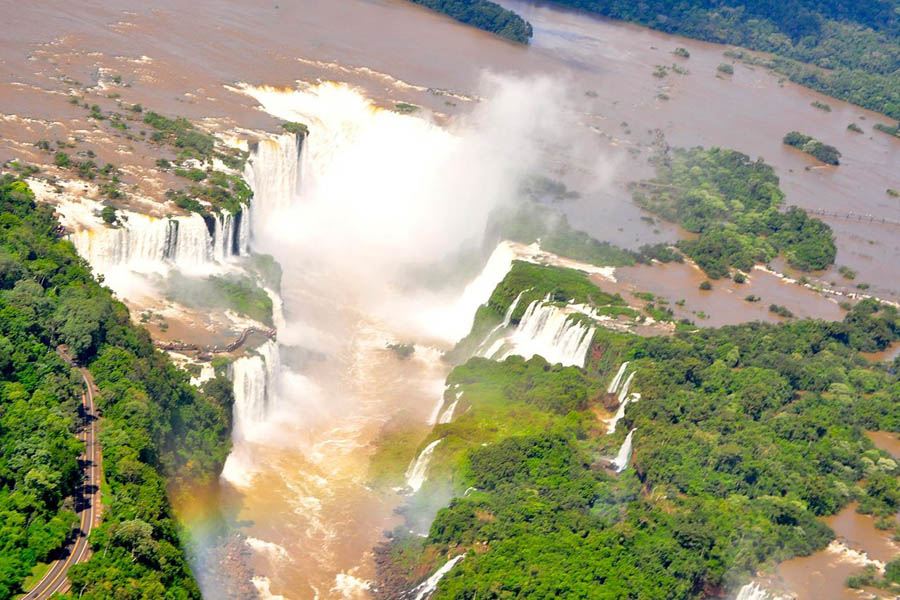 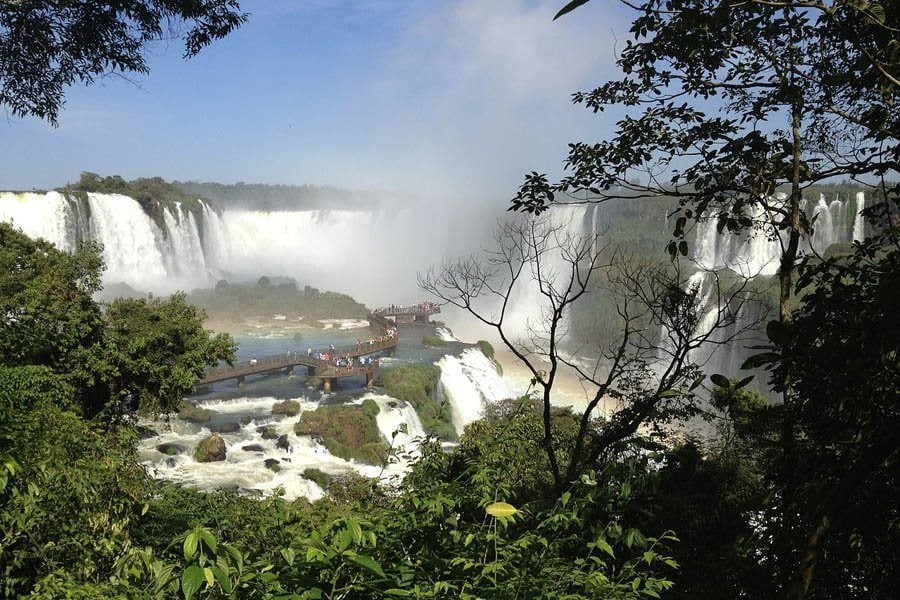 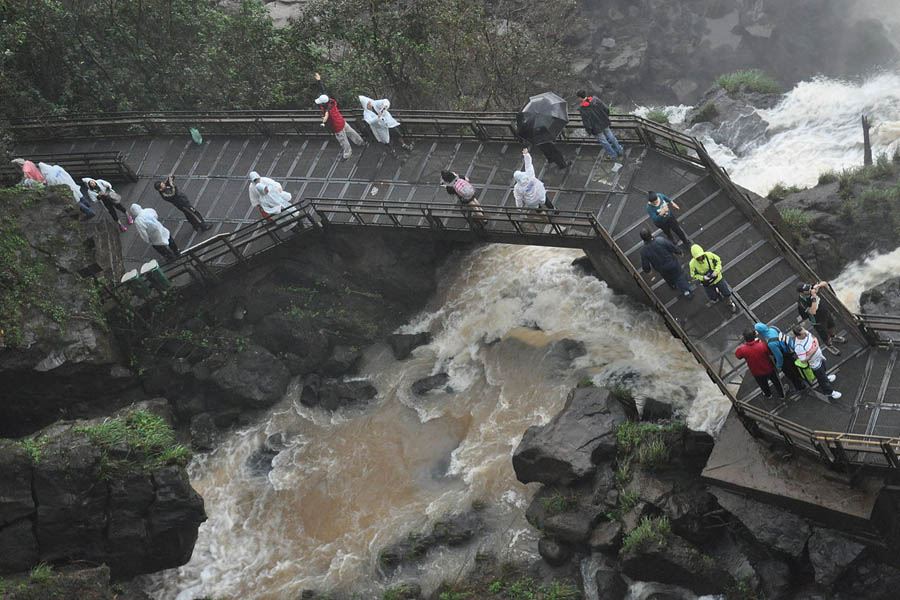 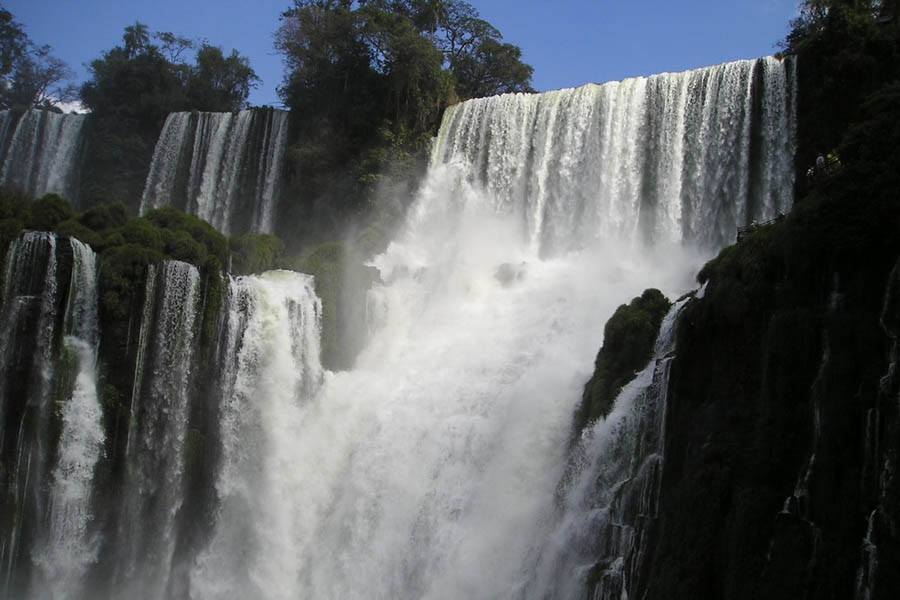 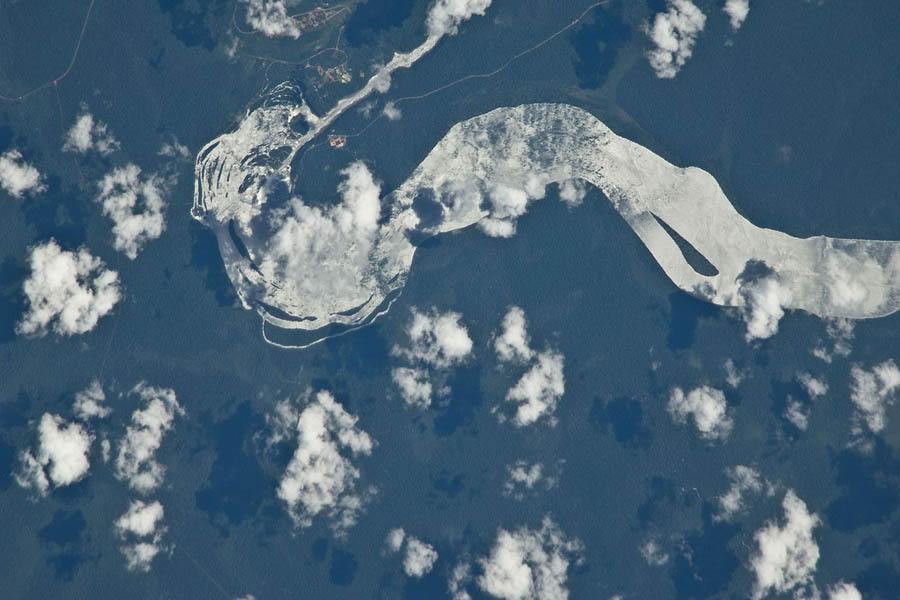 1 of 26
2 of 26
Orange clouds blaze across the South American sky. Wikimedia Commons
3 of 26
With all the moisture in the air, rainbows make frequent appearances at Iguazu Falls. transworld/Flickr
4 of 26
A dreamy time-lapse of cascading water. diser55/Flickr
5 of 26
Permanent mist rises from the great falls. Shane R/Flickr
6 of 26
Sometimes the mist is so thick that it's hard to see the falls at all. Pixabay
7 of 26
A hazy sunset above the falls. cnbattson/Flickr
8 of 26
The view from a helicopter tour in Brazil. You can't take these tours in Argentina, which doesn't provide them out of preservation concerns.schrey/Flickr
9 of 26
View of the falls from a lookout point. y_fujii/Flickr
10 of 26
A panoramic shot shows the falls' breadth.Wikimedia Commons
11 of 26
The largest cataract of Iguazu Falls — Garganta del Diablo, or Devil's Throat — is an 80 meter (262 foot) drop. ishot71/Flickr
12 of 26
People congregate at the Iguazu Falls lookout. cristinavalencia/Flickr
13 of 26
Prismatic color adds a touch of mysticism to the air. frankensteinnn/Flickr
14 of 26
Rosy skies reflect upon the relatively still water.Pixabay
15 of 26
Lush rainforests surround the great natural wonder. Wikimedia Commons
16 of 26
Rushing water collides and creates vast quantities of white foam. Pixabay
17 of 26
A view of the falls' enormous length.Pixabay
18 of 26
Azure skies peek out above the falls.Pixabay
19 of 26
Approximately 53,000 cubic feet of water flow over the edges of Iguazu Falls every second. Pixabay
20 of 26
In 2011, Iguazu Falls was one of the winners in a "New Seven Wonders of Nature" competition, which allowed people across the world to vote for new natural wonders. Other winners included the Amazon Rainforest, Halong Bay, Jeju Island, Puerto Princesa Subterranean River National Park, Komodo Island, and Table Mountain.Wikimedia Commons
21 of 26
Aerial photos capture the falls' grandiose nature.Wikimedia Commons
22 of 26
The Argentina side (above) offers walking tours via a rustic boardwalk. Wikimedia Commons
23 of 26
Visitors that travel via the boardwalk are advised that they might get soaked while crossing. Wikimedia Commons
24 of 26
It's certainly fitting that "Iguazu" literally means "big water" in the native Guarani Indian language.Wikimedia Commons
25 of 26
A NASA satellite image of Iguazu Falls.Wikimedia Commons
26 of 26 A single waterfall is spellbinding in its own right -- imagine the sight of 275 of them convening in a single spot. That place isn't fantasy; it's a reality to be found at Iguazu Falls.

Over 1 million tourists visit this gigantic natural wonder each year. Well known to indigenous peoples -- indeed, its name comes from the guarani word for "big water" -- it wasn't until 1541 that the Old Continent first laid eyes on the falls vis-a-vis an expedition led by Álvar Núñez Cabeza de Vaca.

Located in Brazil and Argentina, what surrounds Iguazu Falls is as striking as the falls themselves. Rainforests encircle the area on both sides, making a home for over 2,000 varieties of indigenous plants, 400 species of birds, and 80 native mammals.

Furthermore, the falls' sheer colossal size -- Iguazu Falls is three times as wide as Niagara Falls and enough water passes over the falls per second to fill five Olympic-sized pools -- fittingly lends itself to some fascinating local mythology.

According to legends of the local Guaraní tribe, Iguazu Falls formed when a young boy saved a beautiful young girl from being sacrificed to a giant serpent named Boi. When Boi found out that the boy had rescued in a canoe, the story goes that the serpent created the falls to catch them. Upon catching them, the serpent transformed the boy into trees, and the girl’s hair into the falls themselves. The rainbows that form above the falls, according to indigenous myth, signal the insuperable bond between the young boy and girl.

For more phenomenal South American nature, check out the Bolivian salt flats. Then, take a look at the most spectacular waterfalls around the world. Finally, enjoy the splendor of Fly Geyser in Nevada.