Inside The Dangerous U.S.-Saudi Arabia Alliance

As the U.S. fights to stop ISIS from making gains in the Middle East, it continues its relationship with Saudi Arabia, "an ISIS that made it." 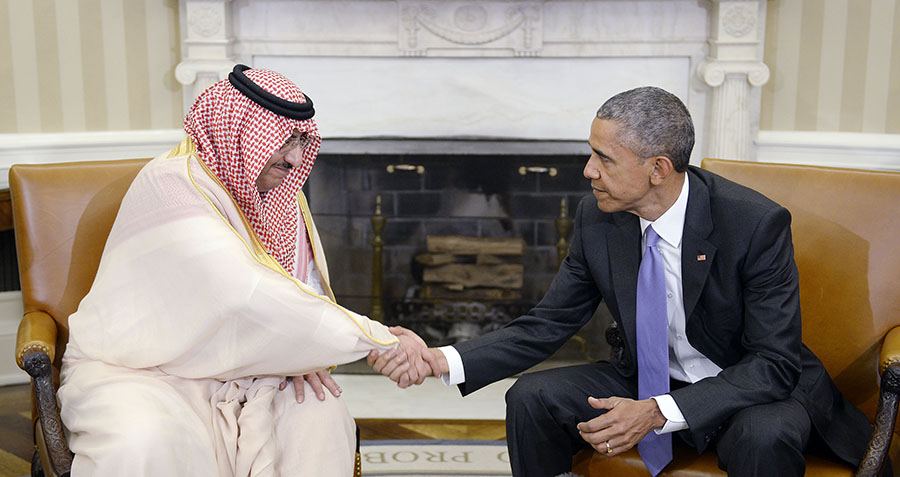 “When push comes to shove, this relationship is unshakable.”

That’s how Adel al-Jubeir, Saudi Arabia’s former ambassador to the United States, described the bond between two of the world’s most powerful countries.

While the generations-long alliance between the theocratic monarchy and America may appear strange on its surface, it becomes clearer when understood as one forged on shared economic interests.

“The relationship between the U.S. and Saudi Arabia is not, and has never been, based on affinity of values, identities, forms of government, or anything of the like,” Dr. Debra Shushan, College of William and Mary Professor of Government, told ATI in an e-mail.

“Instead,” Shushan says, “it is based on common interests. Economic interests (oil primarily, along with investments and arms sales) have formed the basis for much of the relationship historically, along with a desire to maintain the regional status quo.”

Based on what appears below, though, one has to wonder at what cost such an alliance comes:

Saudi Arabia’s Use Of Torture 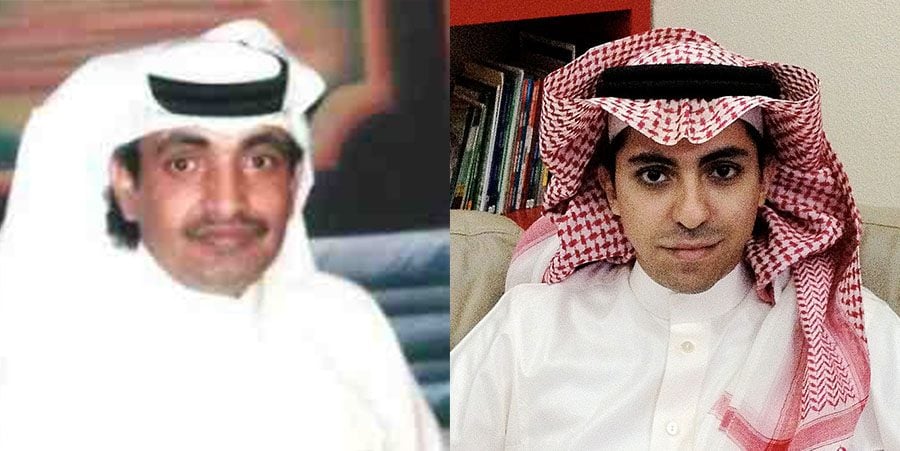 Issa al-Nukheifi (L) and Raif Badawi (R), both activists who have suffered at the hands of the Saudi state.

When Human Rights Watch submitted a memorandum to the United Nations Committee Against Torture regarding the Saudi government’s compliance with the U.N.’s Convention Against Torture, it highlighted an array of abuses committed by the government — including corporal punishment.

For instance, in 2014 the Saudi government sentenced well-known blogger Raif Badawi to ten years in prison and 1,000 lashes for disparaging Islam and establishing a liberal website. In January 2015, Saudi authorities carried out the first installment of a series of public floggings on Badawi, administering 50 lashes. Authorities have rescheduled subsequent floggings over a dozen times, leaving Ensaf Haidar, Badawi’s wife, to tell the BBC in June 2015 that his sentence is a “slow death.”

A few years earlier, in 2012, Saudi authorities arrested, detained, and imprisoned human rights activist Issa al-Nukheifi for “inciting a protest.” According to Amnesty International, al-Nukheifi reported being subjected to constant verbal abuse, regular strip-searches, prolonged periods of solitary confinement, and intentionally being kept in cold temperatures without appropriate clothing. While in prison, al-Nukheifi developed a serious medical condition which Amnesty said may have been the result of his torture, and for which Saudi officials denied him adequate medical attention.

Though al-Nukheifi was later released and human rights activists have yet to report further floggings of Badawi, many of those detained, imprisoned, and tortured by Saudi authorities do not receive as much popular attention. Indeed, many outside the human rights sphere have been subjected to the draconian punishment of flogging for reasons beyond criticizing the state and its interpretation of Islam, including for spending time with the opposite sex and homosexuality.

Beyond flogging, Saudi authorities have stoned, beheaded, amputated the limbs and gouged out the eyes of those that the courts deem guilty of a crime. At the end of 2015, human rights organizations said that beheadings — at least 157 beheadings transpired that year alone — had reached their highest level in two decades, the Guardian reported.

It doesn’t appear that events like this will change any time soon, either. While Saudi Arabia signed the Convention Against Torture in September 1997, it stated that it did not recognize the United Nations Committee Against Torture’s jurisdiction to examine what the convention calls “well-founded indications that torture is being systematically practiced,” or the arbitration procedure for when state parties have different interpretations and applications of the convention — effectively removing most of the convention’s actual teeth.

Likewise, as Saudi Arabia applies a strict interpretation of Islamic Sharia law to the governance of public life, Human Rights Watch notes that the country “lacks a written criminal penal code or any written regulation specifically defining crimes of torture or ill-treatment or establishing associated punishments.”

In other words, if torture has no strict, definitive meaning in the eyes of the state, it becomes that much harder — if not impossible — to seek legal remedy for its incidence.