Inside The Dangerous U.S.-Saudi Arabia Alliance 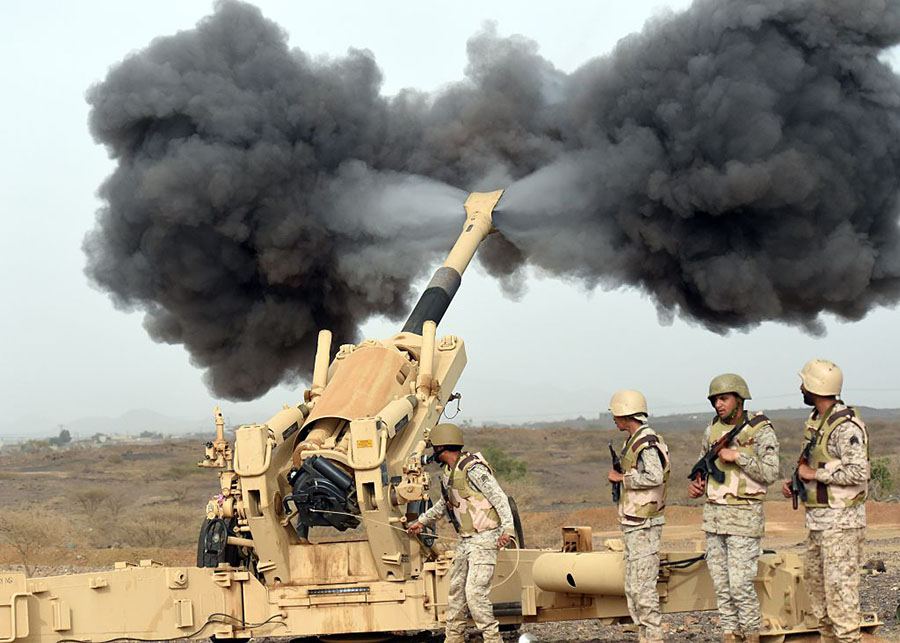 FAYEZ NURELDINE/AFP/Getty ImagesSaudi army artillery fire shells towards Yemen from a post close to the Saudi-Yemeni border, in southwestern Saudi Arabia, on April 13, 2015.

As Saudi Arabia subjects its own to physical violence domestically, it also cultivates and encourages violence elsewhere.

While the long-held divide between the Sunni and Shi’ite denominations of Islam has led certain predominantly Muslim countries to think and act at a regional and occasionally sectarian level, events in the early 21st century allowed this sort of politics to reach new heights.

The Bush administration’s destabilizing invasion of Iraq in 2003 and the 2011 Arab Spring upset regional status quo, Shushan told ATI. With that upset, predominantly Shi’ite Iran saw an opportunity to assert itself and wrest a certain amount of regional influence from the largely Sunni Saudis.

Given both sides’ view of political power as a zero-sum game, political scientists say that the respective governments have initiated proxy wars in countries they deem vulnerable to one another.

“It’s what the U.S. and the Soviet Union were involved in” during the Cold War, Daniel Serwer, a professor at the Johns Hopkins School of Advanced International Studies, told Vox.

Where Iran supported Syria’s Assad regime, Saudi Arabia is reported to have supplied thousands of munitions to Syrian rebels, many of them radical. Where Iran backed rebellions in Yemen, Saudi Arabia responded by bombing the rebels themselves.

Of course, no resolution is in sight for either Syria or Yemen, and the bodies continue to pile. Needless to say, Saudi Arabia’s physical intervention and consistent munitions supply to conflict-ridden countries do little to stop that.