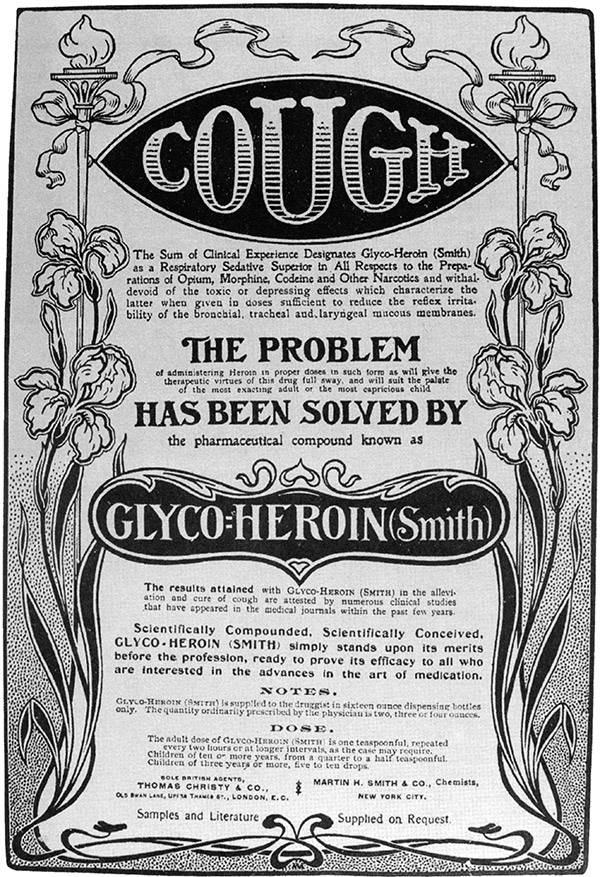 Wikimedia CommonsAdvertisement for heroin. Circa 1900.

Up until the 1920s, it was believed that heroin was a miracle drug. It was prescribed as a cough suppressant, pain reliever, and a source of relief for chronic pain sufferers by many physicians, including oncologists.

The pharmaceutical giant Bayer, the company that brought us baby aspirin and Alka Seltzer, actually marketed the drug to children with tuberculosis as a cure for the pain and cough that came with the disease.

Until it was made illegal in 1920, it was also used by some anesthesiologists during surgery in place of local anesthetics. This is hard to imagine since it’s now considered one of the most dangerous drugs in the world.

Even harder to imagine? Some doctors and pharmaceutical reps are still pushing for the use of heroin, and are hoping to get it considered as a safe drug for pain management in cancer patients.