“The Bitch of Buchenwald”: The Story Of Ilse Koch, One Of The Holocaust’s Biggest Monsters 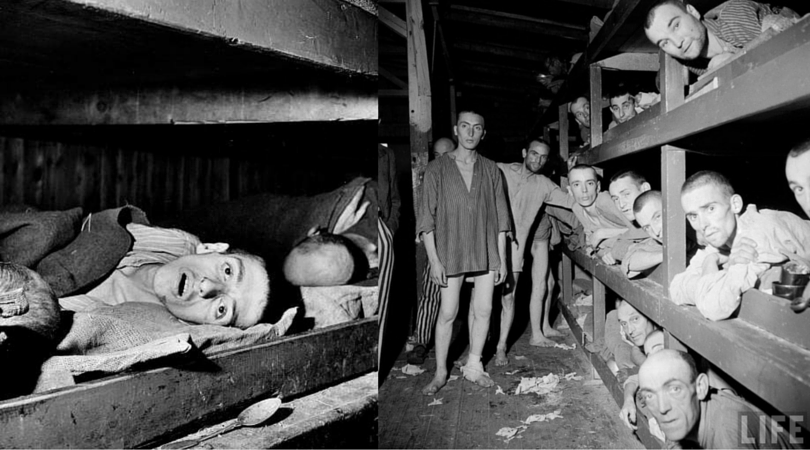 Margaret Bourke-White/Time & Life Pictures/Getty ImagesLife inside one of the concentration camps.

Her other hobby, which would later become a major point of contention during the Nuremberg Trials, was her collection of lampshades, book covers, and gloves, said to have been made from human skin.

Witnesses later recalled that Ilse Koch often took her horseback rides through the camps to scout out prisoners who had distinctive tattoos. The prisoner would be stripped of his or her skin before being incinerated, and Koch allegedly kept the skin on display in her home with the Commandant. These artifacts were recovered after the camp’s liberation and served as key evidence during her trial.

She and her husband were arrested on August 24, 1943 at Buchenwald on charges of embezzlement and murder of prisoners. Despite the Nazis’ mass murder of prisoners and their tortuous medical experiments, even they did not find the Kochs’ methods of torment suitable to their ideology — although mainly because any punishments had to be cleared by the main office in Oranienburg, and the Kochs were acting of their own accord.

It was also alleged that Commandant Koch had ordered the execution of the orderly who had diagnosed him with and treated him for syphilis so that the secret would never be revealed. Frau Koch, in the meantime, had taken several lovers at Buchenwald, and it was widely accepted that her marriage to the Commandant had been an open one.

While Commandant Koch was sentenced to death just a week before Buchenwald was liberated, Frau Koch was acquitted, mostly due to lack of evidence — specifically, that investigators could not prove the lampshades and other items were actually made from human skin. For her part, Ilse insisted they were made of goatskin. 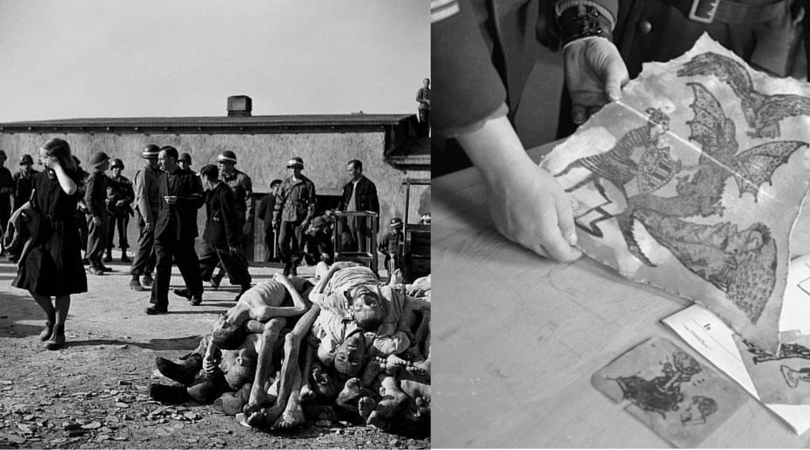 Following the camp’s liberation in 1945, word began to travel about Frau Koch’s sadistic involvement, as survivors recalled her in interviews. The public pressured the court to bring her to trial again.

Ilse Koch was brought before the General Military Government Court for the Trial of War Criminals in 1947. On the stand, she announced that she was eight months pregnant, which came as a shock for two reasons. Firstly, she had had no contact with any men except for American interrogators — many of whom were Jewish — before her trial, and secondly, she was 41 years old.

Despite her pregnancy, she was charged with “participating in a criminal plan for aiding, abetting and participating in the murders at Buchenwald” and sentenced to life in prison for “violation of the laws and customs of war.”

She had birthed one son with Commandant Koch before their arrest, and the second child, whose father was unknown, was born while she was imprisoned. Both of her children went to foster homes.

Two years after her conviction, her sentence was reduced to four years by General Lucius D. Clay, the interim military governor of the American Zone in Germany. According to Clay, the reduction came since “there was no convincing evidence that she had selected inmates for extermination in order to secure tattooed skins, or that she possessed any articles made of human skin.”

The court maintained that perhaps the items had been made of goatskin after all, and she was released. However, the General stated: “I hold no sympathy for Ilse Koch. She was a woman of depraved character and ill repute. She had done many things reprehensible and punishable, undoubtedly, under German law. We were not trying her for those things. We were trying her as a war criminal on specific charges.”