Five Of The Most Incredible Christo And Jeanne-Claude Works 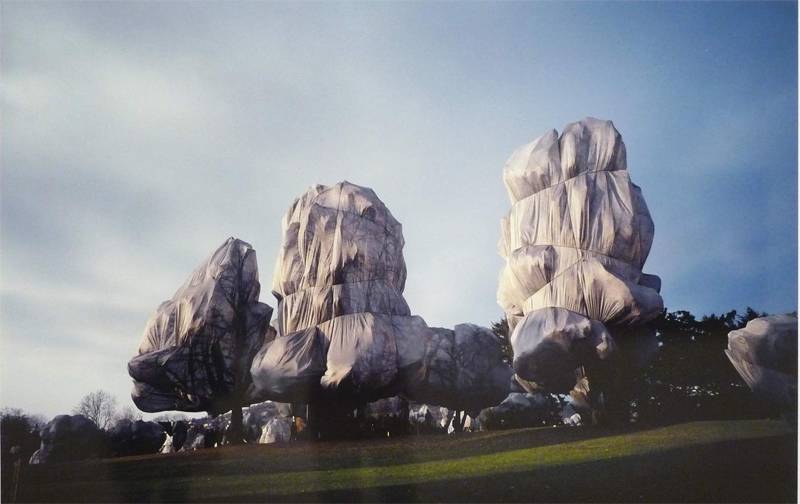 Completed over the course of several days in November 1998, Wrapped Trees is an exceptional outdoor work that involved the meticulous covering of nearly 180 trees in Basel, Switzerland. Each individual tree had custom made silver polyester wrapping designed to allow the tree’s natural branches to shape the fabric ball and give each tree a unique, luminous design. 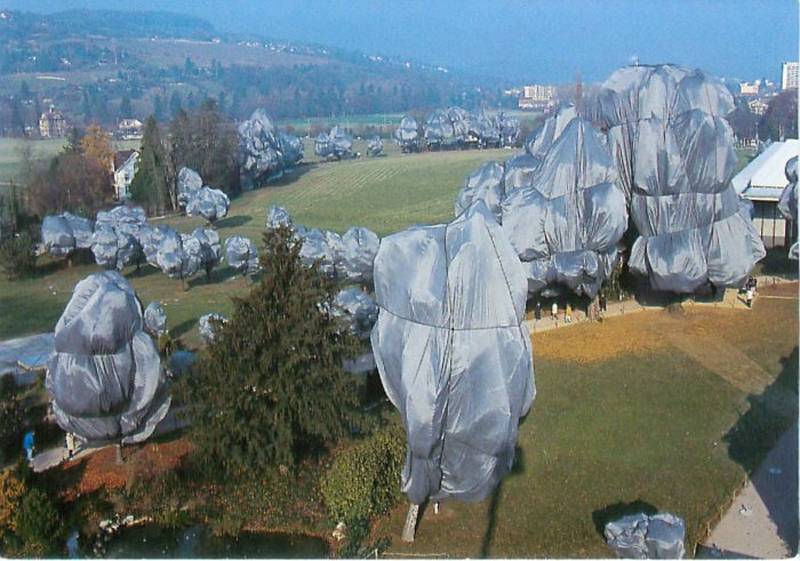 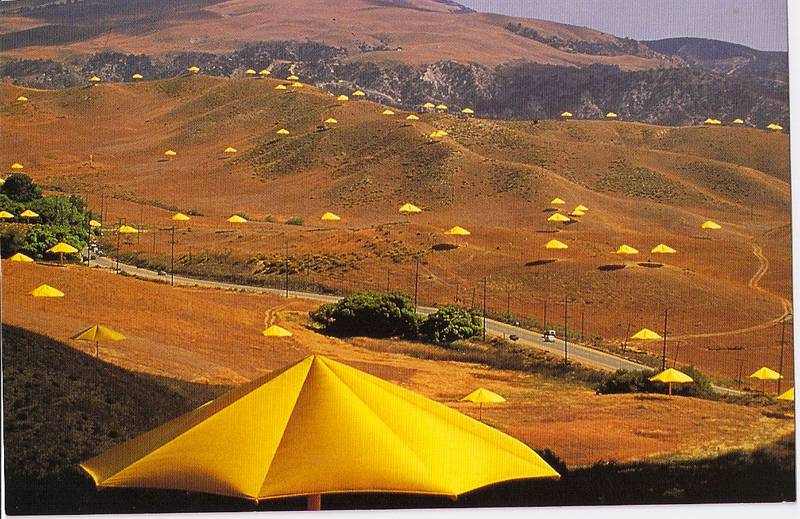 Source: Words On My Mind

Consisting of 3,100 yellow and blue umbrellas placed in both California and Japan between 1984 and 1991, The Umbrellas was one of Christo and Jeanne-Claude’s most ambitious projects yet. The project cost $26 million and required the efforts of thousands of workers and several helicopters to have all of the umbrellas placed in just the right spot. While they stood, the six foot tall umbrellas were visited by millions and used as picnic spots, wedding altars, and alternative resting spots. That’s not to say that the exhibit was entirely peaceful; the exhibition came to a tragic close when high winds knocked one of the umbrellas over in California and killed a nearby woman. 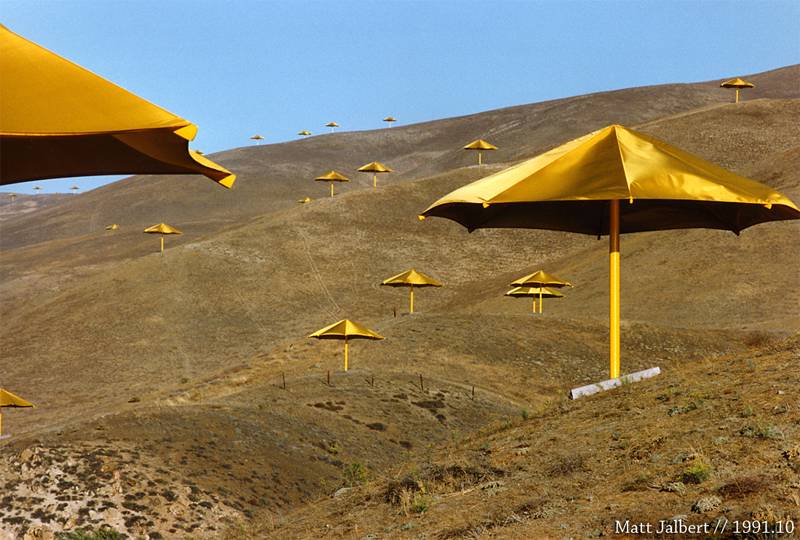 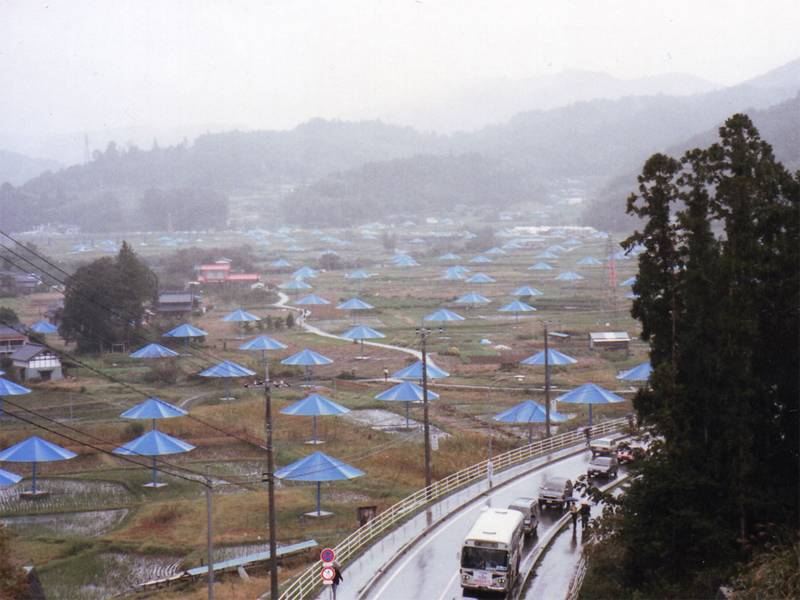 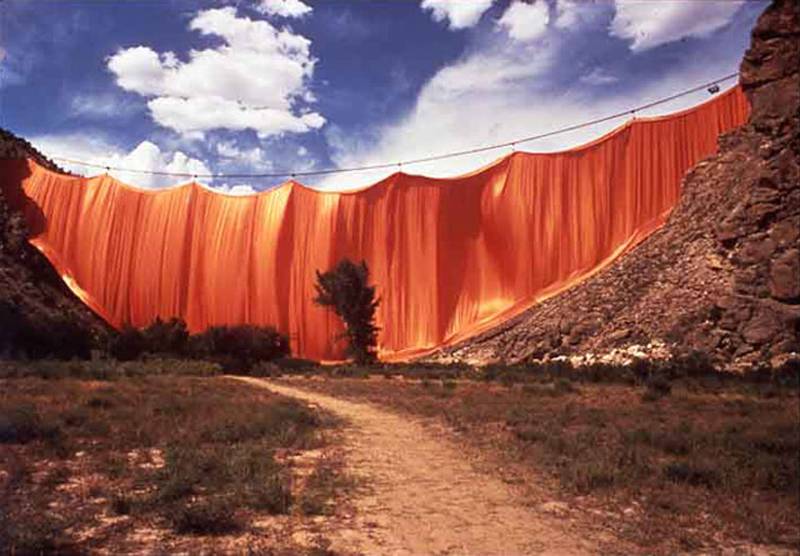 As Shakespeare once said, all the world’s a stage–even valleys in Colorado. Designed in 1970 by the dynamic duo, Valley Curtain comprised a gigantic 1,310 foot orange curtain that hung across a valley in Rifle, Colorado. Costing an estimated $400,000 and using a series of iron bars and concrete anchors for support, the first curtain was raised in October 1971 before being torn to pieces by strong winds and even heavier rocks. The luxe curtain proved an unsuccessful agent against worldly dramatics: a year later, a second curtain was installed and ultimately destroyed by a storm a day later. 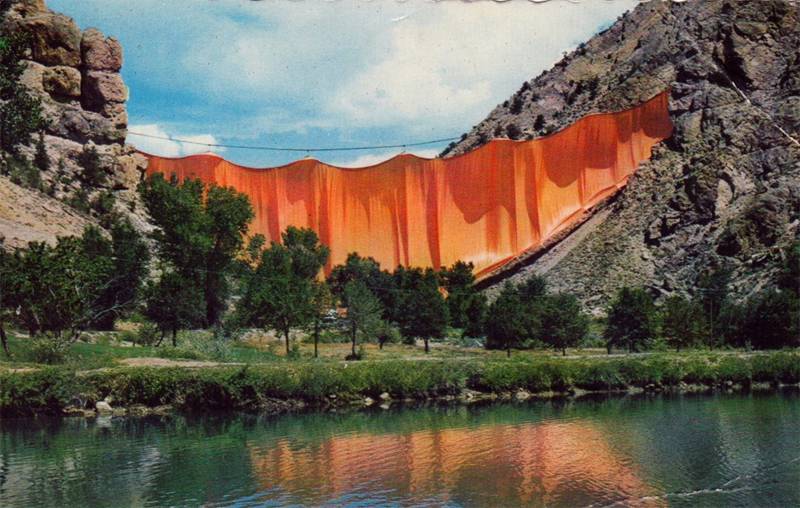 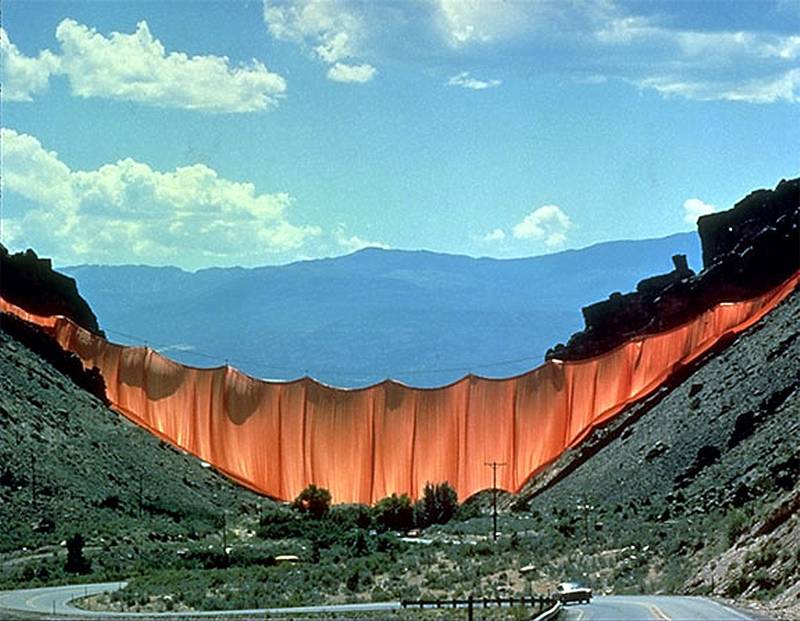 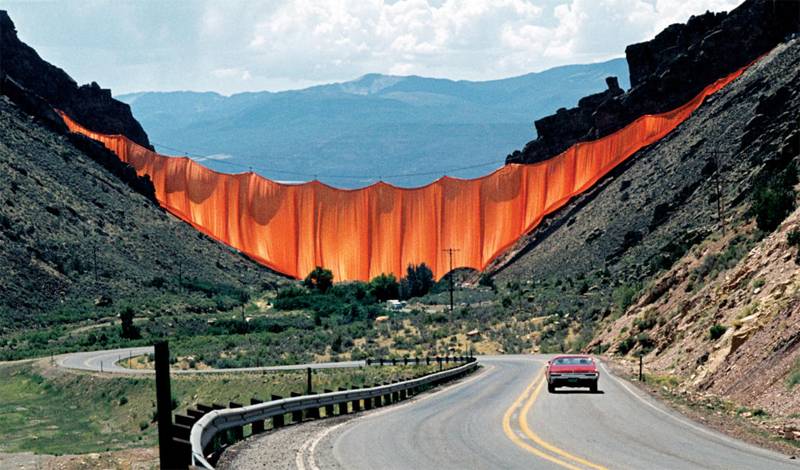