The Rise Of Europe’s Far Right

In With The Old, Out With The EU 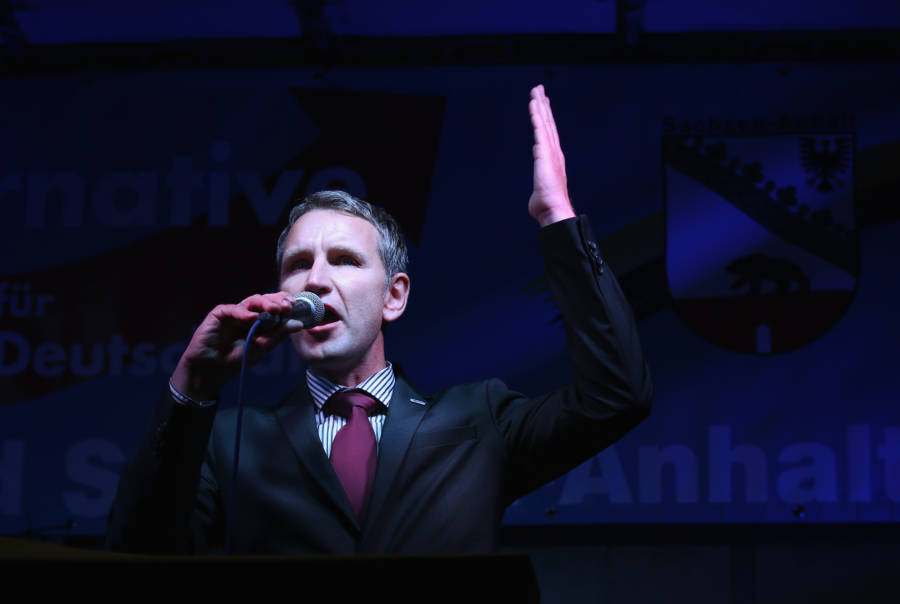 Sean Gallup/Getty ImagesBjoern Hoecke, head of the AfD in Thuringia, speaks to supporters gathered to protest against the German government’s liberal policy towards taking in migrants and refugees on October 14, 2015 in Magdeburg, Germany.

One of the biggest issues that the new nationalist parties face is their countries’ membership in supranational organizations, especially the European Union. The EU has, with its policies and its structural defects, directly spawned more than a dozen oppositional “euroskeptic” parties across the continent, and voters are increasingly listening to what these parties have to say.

Euroskeptic objections to the European Union and its underlying ideology generally resolve into a few discrete points:

Euroskeptic parties, such as Britain’s UK Independence Party (UKIP) and Germany’s Alternative For Germany (AfD), view leaving the EU as the one-shot solution to all of these evils.

Other nationalist parties go further. The Swiss People’s Party – which enjoys 30 percent of the Swiss vote and currently leads the government – combines hostility to the EU with a larger agenda that includes conservatism, economic liberalism, and even agrarianism that verges on a Blood and Soil ethos.