Donald Trump Learned To Talk To Americans In The WWE

With the help of professional wrestling, Trump discovered that he could be the voice of the people. 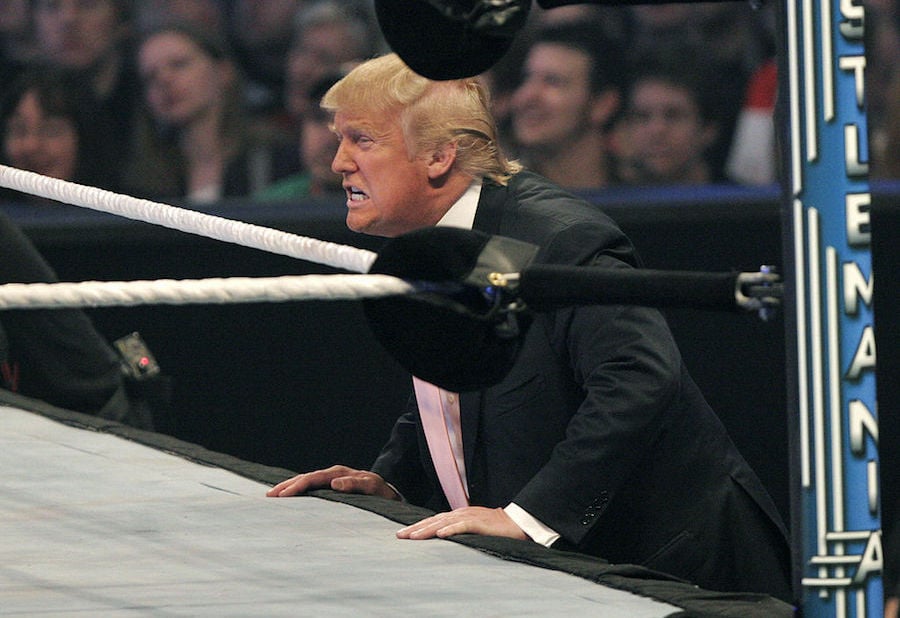 Donald Trump’s transformation from East Coast rich kid to President of the United States took decades to play out — and had Trump not participated in the WWE (World Wrestling Entertainment), it may have never happened at all.

Playing against WWE founder Vince McMahon’s character as the “establishment” billionaire lording over the WWE, Trump crafted a WWE persona that focused on coming across as the voice of the people fed up with an out-of-touch system. Sure, Trump’s character was still a villainous guy — but so was McMahon’s, and at least Trump proclaimed himself to be in the “people’s” corner.

And it was this sort of persona that would help carry Trump to the presidency last year.

The Battle of the Billionaires 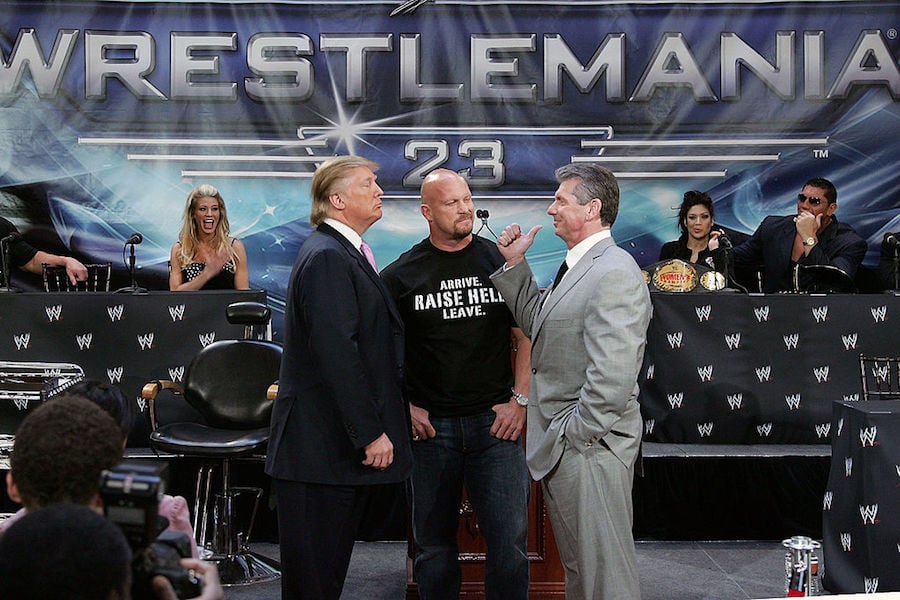 When Trump appeared on WWE’s Fan Appreciation Night and began his scripted feud with McMahon in the early to mid 2000s, his character showed up McMahon’s by calling out the founder known for rigging the system and expressing an antagonistic attitude toward WWE fans.

Then, McMahon and Trump’s conflict between the out-of-touch establishment figure and the people’s outsider reached its climax in 2007’s Battle of the Billionaires, which featured McMahon and Trump each selecting a wrestler who’d participate in a match on their behalf and determine which billionaire was mightiest.

“You might have some support from this audience, but 95 percent of them are idiots!” McMahon told Trump during the Battle of the Billionaires, with the crowd booing and hissing.

It was also in Battle of the Billionaires where Trump both stepped into the role of WWE performer and honed his greatest skill: learning how to read a crowd and whipping them into a fervor.

Trump boasts like others breathe, and, in the ring for the WWE, he perfected his feather puffing techniques — techniques he would later use in the presidential campaign. 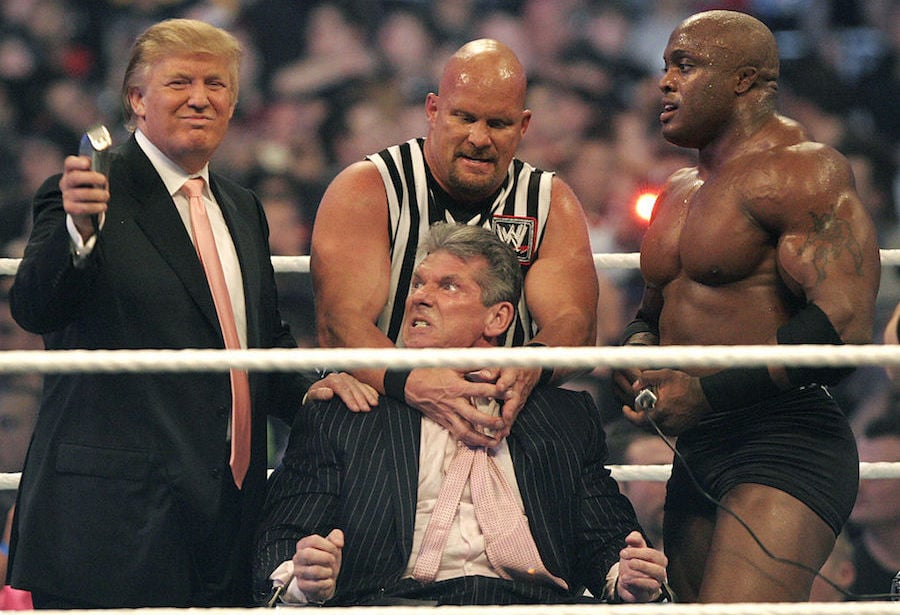 Bill Pugliano/Getty ImagesTrump (left) before shaving off the hair of Vince McMahon (seated) following The Battle of the Billionaires.

The Battle of the Billionaires wouldn’t be the last time that Trump showed up in the WWE.

Two years later, Trump appeared in a storyline in which he “bought” the WWE’s Monday Night Raw program from McMahon, saying:

“You never really showed your appreciation for the Raw audience. Never once did I see that appreciation. I’m gonna do stuff that’s never been done before, never been seen before…My first act as owner is to do something unprecedented. Something you were too cheap and selfish to make happen, Vince. For the first time in its 17-year history, next week’s Raw will be presented live on USA, commercial-free… And guess what, Vince, I’m personally going to be at Raw next week to run things the way I want to see them run, meaning the right way.”

The event — once again positioning Trump as the anti-establishment champion of the people — was a smash hit, with the following Monday Night Raw becoming the highest-rated episode in more than seven years, which certainly helped keep Trump and McMahon in each other’s good graces.

The partnership has indeed always paid off for both parties. Linda McMahon gave $7.5 million to a Trump super PAC during his presidential campaign — more than a third of all the money that the political action committee collected. After Trump won the election, he tapped McMahon to run the Small Business Administration.

As for Vince McMahon, Trump took many tactics of his tactics from the WWE founder, right down to McMahon’s famous catchphrase: “You’re fired!”

The swagger, the bravado, the air of a rich man who knows how to make deals happen: Much of that grew out of McMahon’s own interpretation of a billionaire heel in a wrestling drama.

Trump just put a populist twist on it.

Finally, in 2013, because of Trump’s deep relationship with the WWE, and the success that their partnership achieved, McMahon cemented Trump’s WWE legacy by inducting him into the WWE Hall of Fame.

At that event, with a twinkle in his eye, McMahon said, “When you think about it, second only to me, Donald might very well be a great president of the United States.”

Next, hear some linguistics experts weigh in on the strange science of Donald Trump’s grammar school-level speaking style. Then, check out 32 Donald Trump quotes you’ll need to read to believe. Finally, see some of the most incredible Andre the Giant photos that you won’t believe aren’t photoshopped.