The Most Interesting Non-Traditional Sculptures

There's more to sculpting than Rodin. As these sculptures demonstrate, with the right eye almost any medium can create a masterpiece. 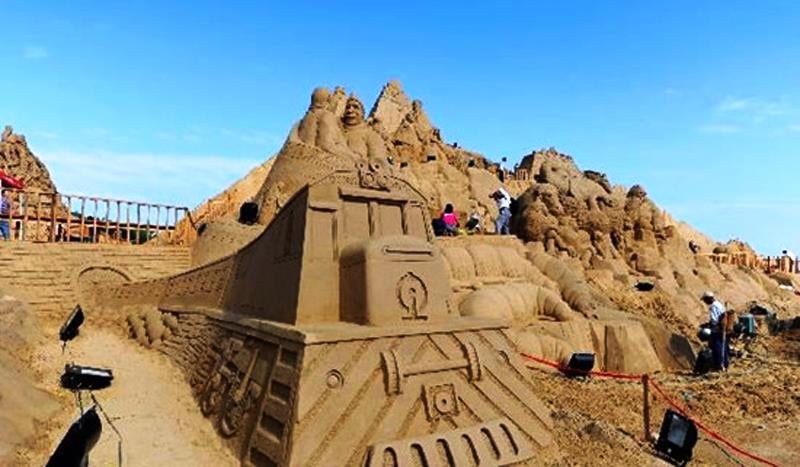 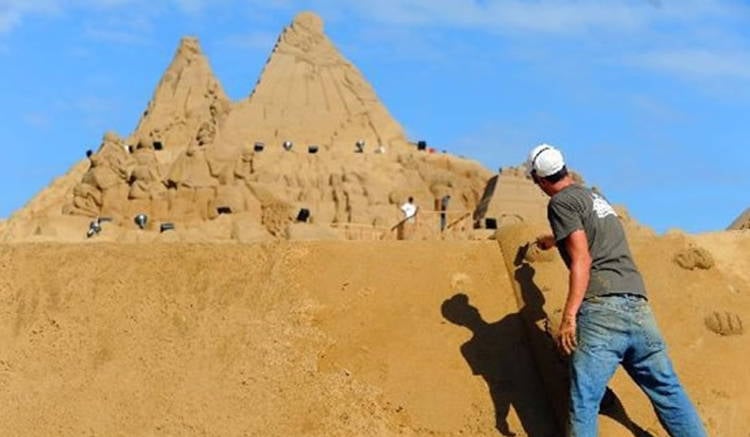 Hovering just over 73 feet in the Chinese sky, the Hummingbird Fable Sand Sculpture is one of the largest sculptures ever made.

Built for the Zhoushan Sand Sculpture Festival in China, the massive undertaking required over 75 days and 30 artists to complete it. According to the artists, the sculpture was meant to symbolize an African fable about the hummingbird becoming the king of all animals. 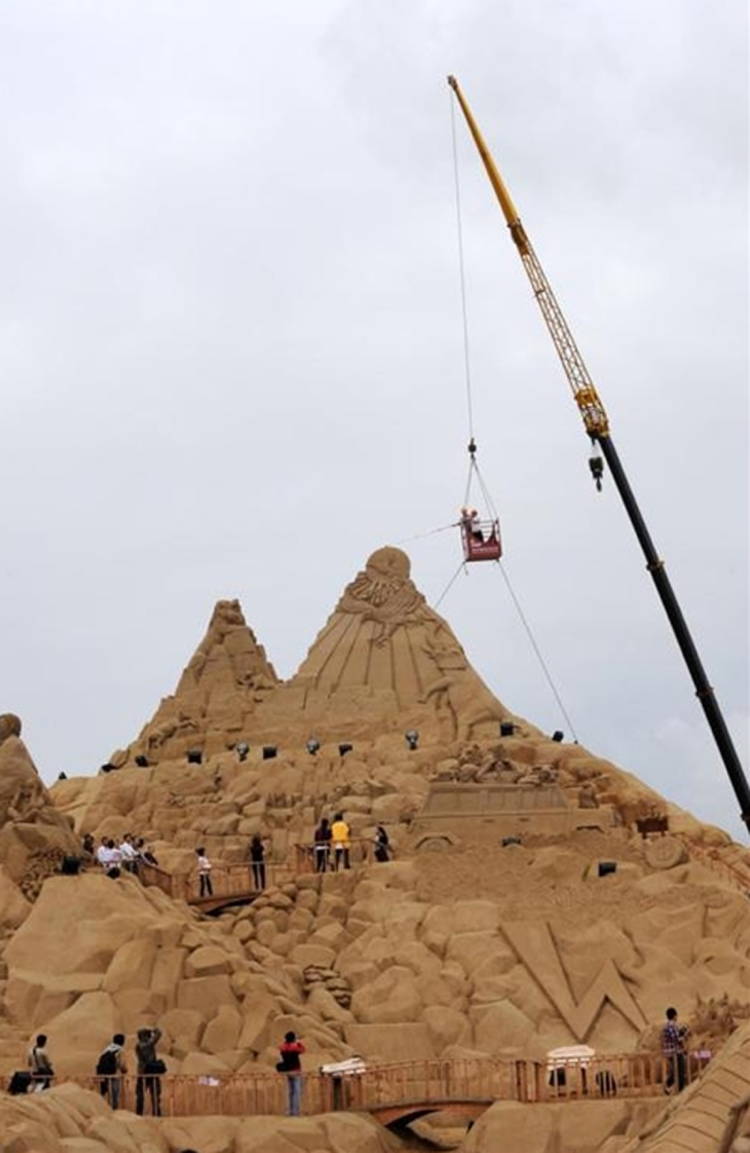 The Power of Flight 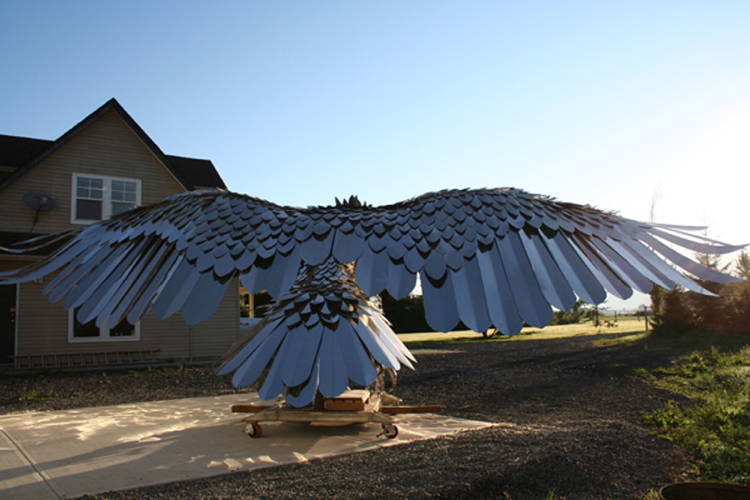 Made entirely out of polished stainless steel, the Power of Flight is a welded masterpiece that ranks highly among the largest stainless steel sculptures ever created. The sculpture depicts a bald eagle in flight and stands over 11 feet tall with a wingspan of nearly 40 feet. 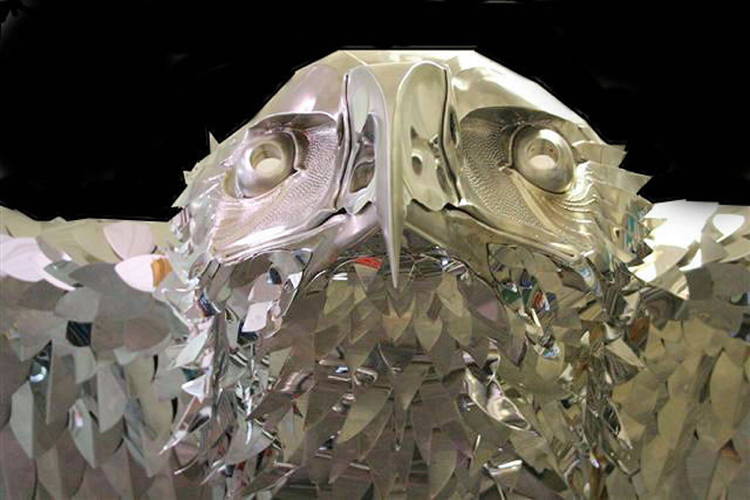 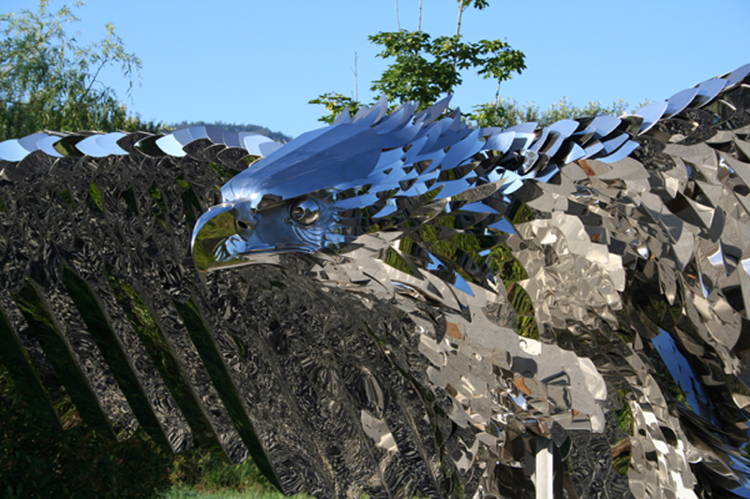 Swan Girl and her Snowy Company 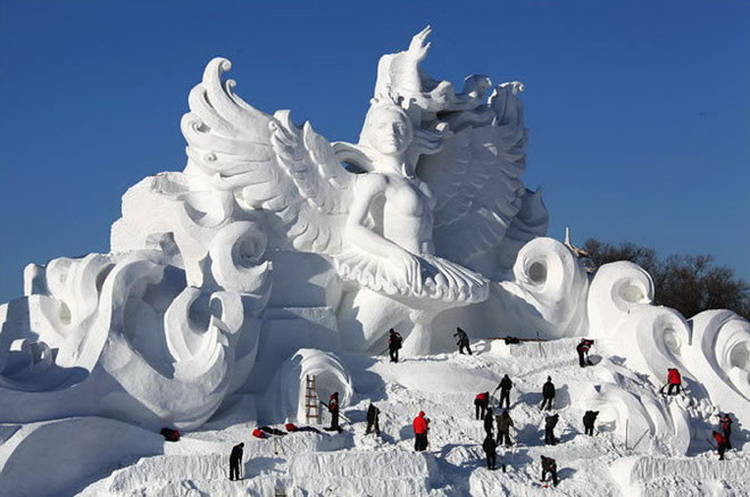 Forged in the Chinese village of Harbin in 2011, upon their completion Swan Girl and the sculptures around her were named one of the largest snow sculpture complexes in the world. With an astonishing 88 foot tall stature, Swan Girl herself looms in the sky and boasts an equally impressive wingspan of around 78 feet. At the end of sculpting, the entire complex was nearly 413 feet long. 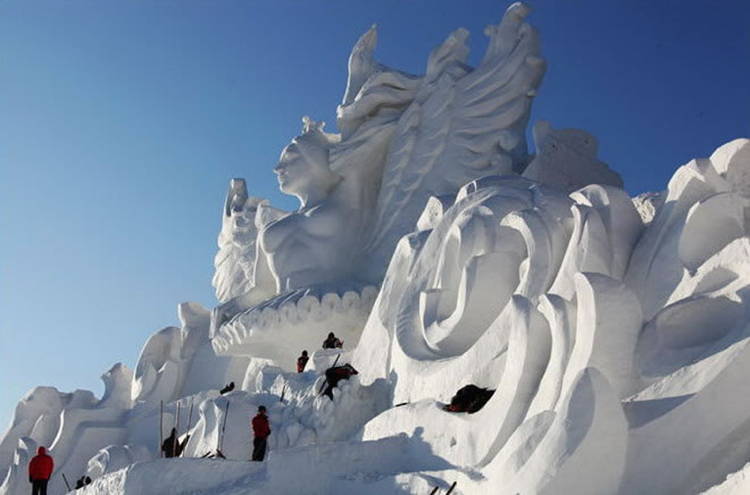 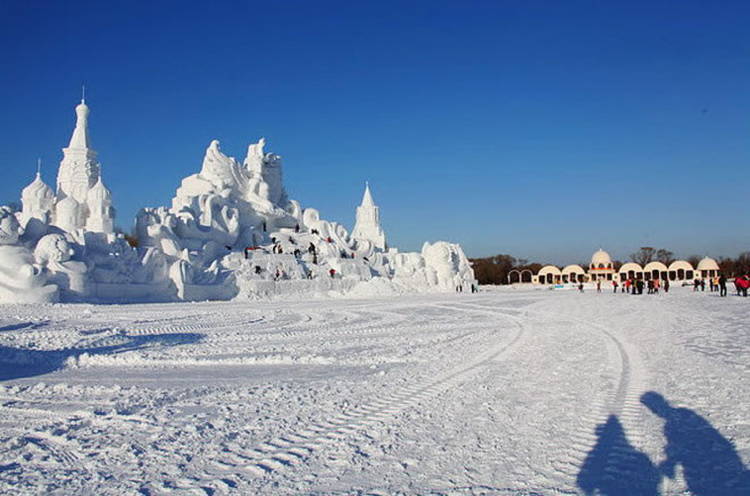 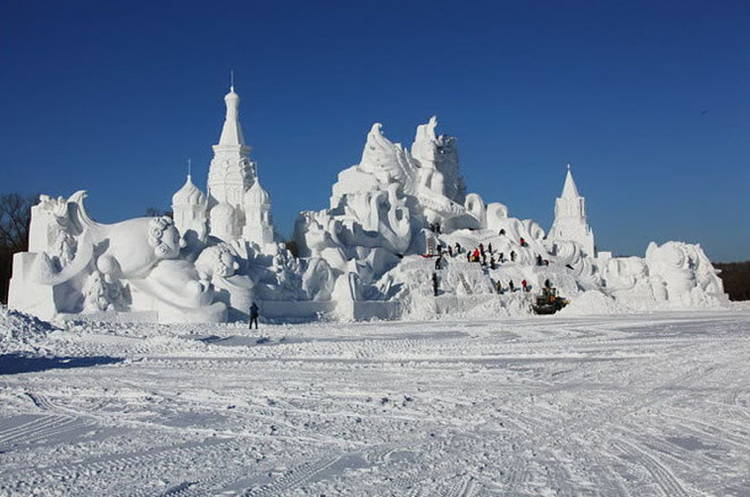 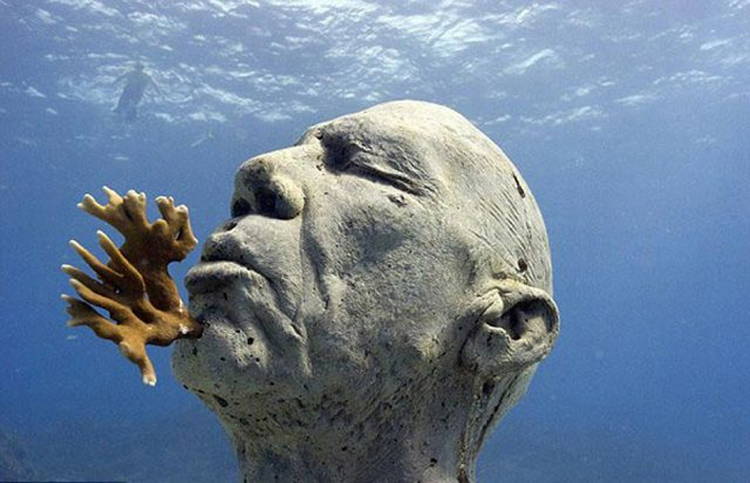 After hurricanes and other storms damaged the coastal areas near Cancun, Mexico in 2008, one artist decided that in order to preserve the area he would promote the expansion and growth of the nearby coral reefs in a creative way: constructing an underwater sculpture museum.

The project, which began in 2009 and continued into 2010, saw the placement of over 400 clay sculptures on the seafloor. Over the years, it has attracted tourists and photographers as well as the intended inhabitants of such a museum: aquatic life and coral. 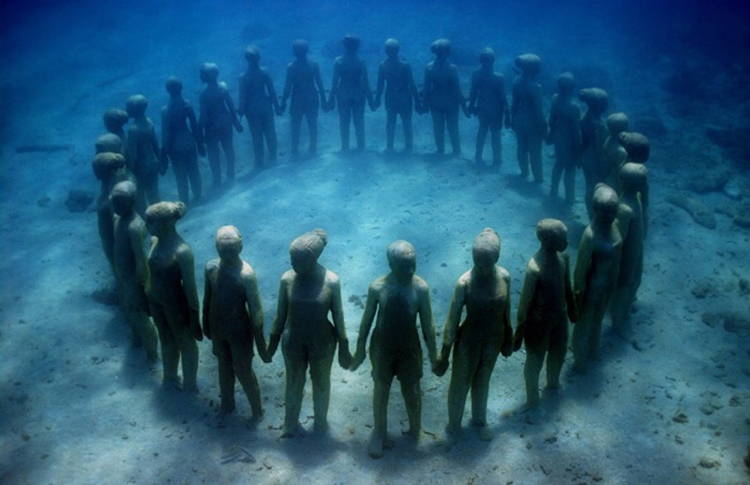 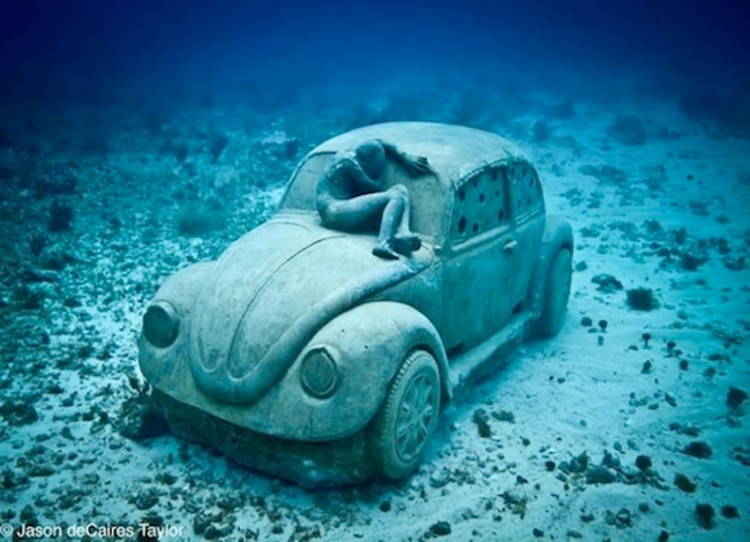 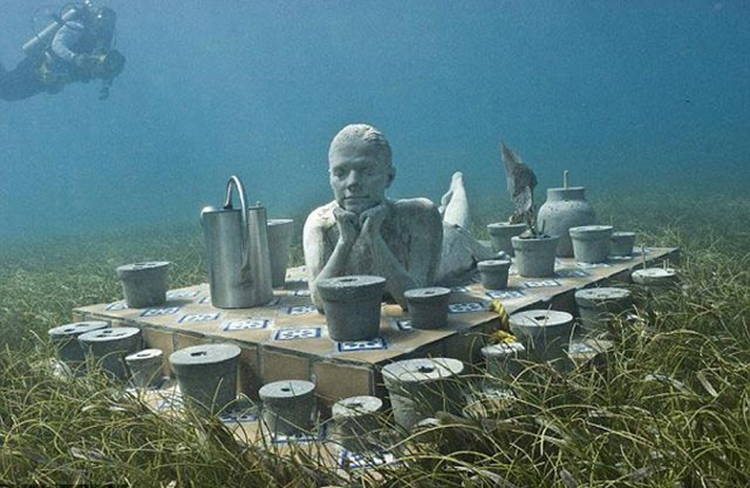 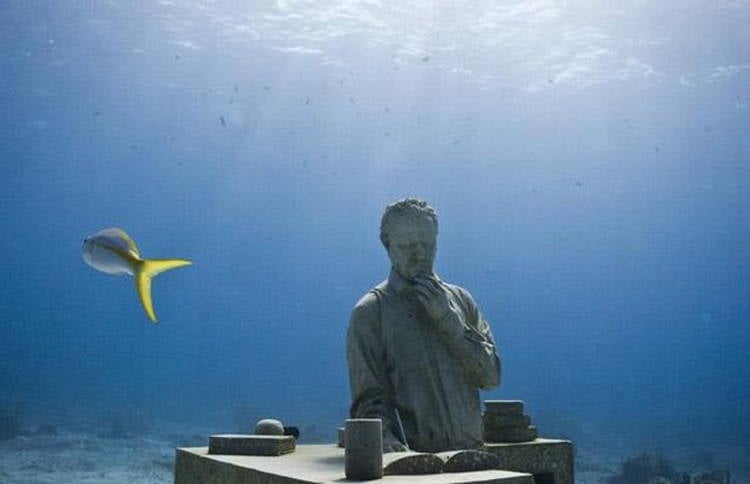