Internal Decapitation: What It Is And How One Man Survived

Those who suffer an internal decapitation have their skull severed from their spine. Yet some, like Brock Meister, still actually survive. 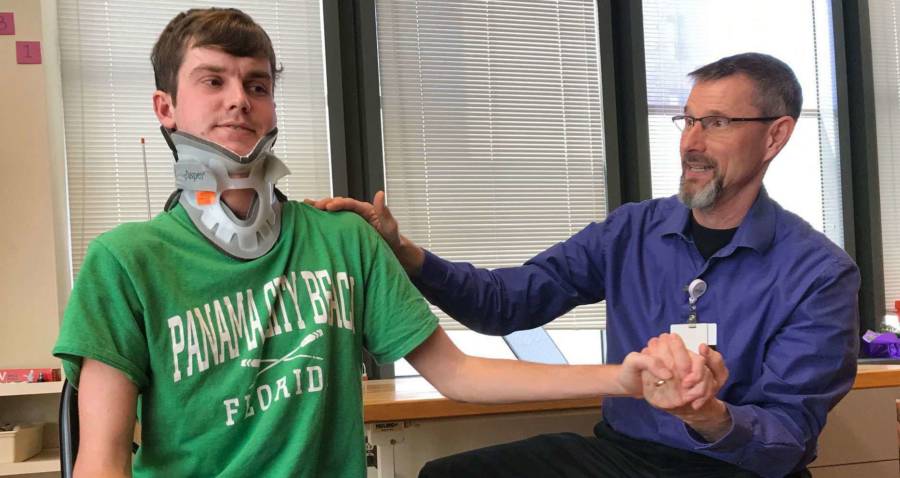 A 22-year-old cancer survivor has defied the odds once again after surviving an internal decapitation.

Brock Meister was traveling with friends near Plymouth, Ind. one night in mid-January 2018 when tragedy struck. The truck that Meister was riding in hit a patch of ice and flipped over, throwing Meister sideways. His head slammed into and shattered the passenger side window and half of his body was hanging out of the vehicle, according to Beacon Health System.

Meister’s friend, Ryan Topper, was driving ahead and knew something was wrong when he no longer saw his friend’s headlights in his rearview mirror. Topper then decided to turn around and see what was wrong and found his friend sitting in the truck bloodied and quiet.

“Brock kept trying to get up and the only words he was saying were ‘my neck’ and ‘ambulance,'” Topper said. “I knew that he was in some serious pain and that if it was his neck, I couldn’t let him get up or move. So I just put my hand over his chest and kept him from getting up.” 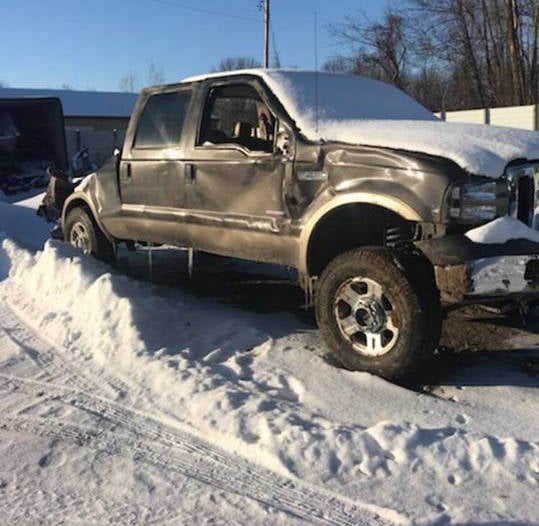 First responders quickly reached the scene, carefully stabilized Meister, and transported him to a nearby hospital in order to treat his injuries.

Shortly after arriving at the hospital, Meister was taken in for an X-ray — and the images shocked the doctors. The scans showed that Meister had suffered an atlanto-occipital dislocation, better known as an internal decapitation.

According to Live Science, an internal decapitation is when the ligaments attaching a person’s skull and spine become severed. With this injury, the head is still attached to the body, but it is extremely traumatic and most people die instantly (instant mortality estimates range from 70 percent to as high as 99 percent).

“I had to check twice to make sure I was looking at the right patient’s picture – it’s such an uncommon injury, and an even less common injury to survive,” said Dr. Kashif Shaikh, a neurosurgeon from Beacon Medical Group who operated on Meister.

Dr. Shaikh credits the “perfect work” of the first responders who stabilized Meister as the reason why he made it to the hospital and is still alive today.

Dr. Shaikh and Dr. Neal Patel, his partner at Beacon who assisted on the surgery, repaired Meister’s damage by making an incision in his neck, exposing the back of his skull and cervical spine, according to Beacon Health System. Then they placed a skull plate and spinal screws with a rod on each side in order to get his skull and spine reattached and stable. The surgery was a success and Meister awoke the next day. 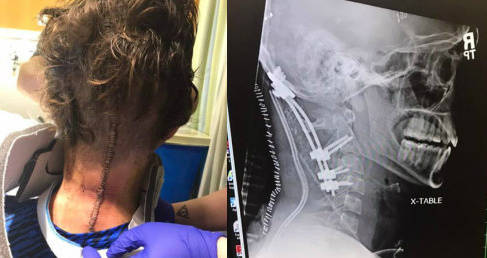 But this wasn’t the only extremely rare surgery that Brock Meister has received for a life-threatening condition involving his skull.

In 2012, when Meister was just 16 years old, he was diagnosed with a malignant brain tumor called a Grade III Germinoma in the center of his brain. Around the same time as Meister’s diagnosis, Dr. Shaikh was a surgical resident working under Dr. Boaz, the surgeon who successfully treated Meister for his brain cancer.

While Dr, Shaikh isn’t positive if he operated on Meister back then, he is sure that the two must have crossed paths at some point during that time. “There are almost certainly notes with my name in his records,” Dr. Shaikh said.

The Road To Recovery

A brief look at Brock Meister’s internal decapitation from Inside Edition.

After his recent surgery to correct his internal decapitation, Meister spent nearly a month in the hospital recovering and rehabilitating. He was released in February 2018 and wore a neck brace for the next few months. According to Beacon Health System, he still has some pain in his lower extremities and difficulty with his right arm and continues to receive occupational and physical therapy.

Dr. Shaikh remains hopeful that Meister will one day be back to his normal self.

“It will take some time for the body to heal and that can be a frustrating and painful process,” Dr. Shaikh said. “But he is very young, has a great attitude, and he looks better and better each time I see him so I continue to be very optimistic.”

Meister has kept a positive attitude throughout the entire process. Despite being just 22 years old and already having had to overcome more devastating neurological injuries than most people face in a lifetime, Meister is grateful.

“I have fought for my life this time around, and some days I feel like I still am,” Brock said. “God has put me through some crazy stuff, and he’s really testing me … I’m just thankful to be here, so that’s all that matters.”

After this look at internal decapitation, check out the history of decapitation. Then, read about the grisly, botched beheading of Mary, Queen of Scots.