Why Is Iowa First? A Quick History Of The Caucuses

Every four years, Iowa becomes the most important state in the Union. But why? 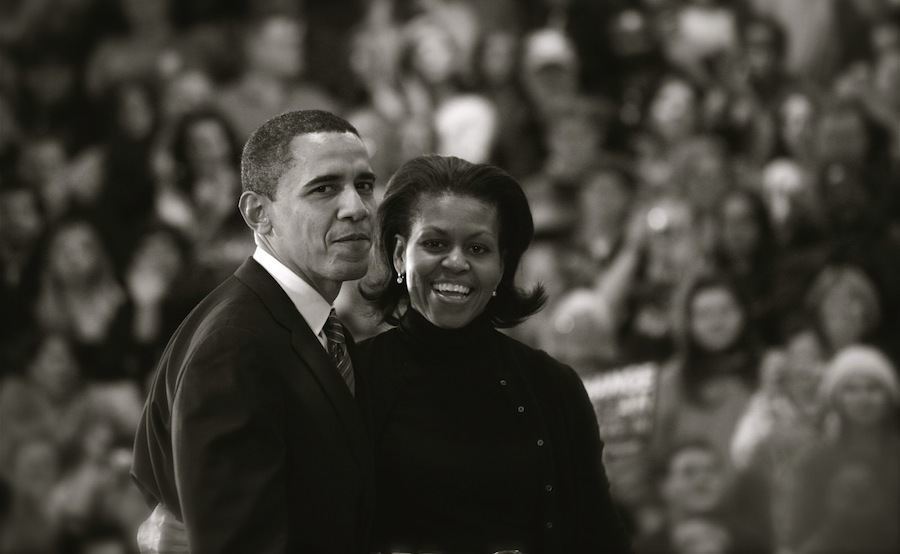 Barack and Michelle Obama in one of their final campaign stops before the 2008 Iowa Caucuses. Source: Luke Vargas

For four decades, Iowans have had an out-sized privilege: They get the first say in who will become the presidential nominees for the Republican and Democratic parties. As a result, presidential candidates like Hillary Clinton and Bernie Sanders dote on the state for months, making promises—and taking votes in Congress—that disproportionately benefit Iowans. The question is, how did this frosty state of three million people get this leg up on the other 315 million of us? Why is Iowa first?

What is a Caucus?

Since achieving statehood in 1846, Iowans have been caucusing. A caucus isn’t a vote, but a meeting in a school gym, church, or private home where people make short speeches then group together with those who support the same candidate they do. Someone counts up the groups and then reports the numbers to the party. The cumulative preferences expressed across the hundreds of Iowa caucuses flow into each major party’s presidential selection process. 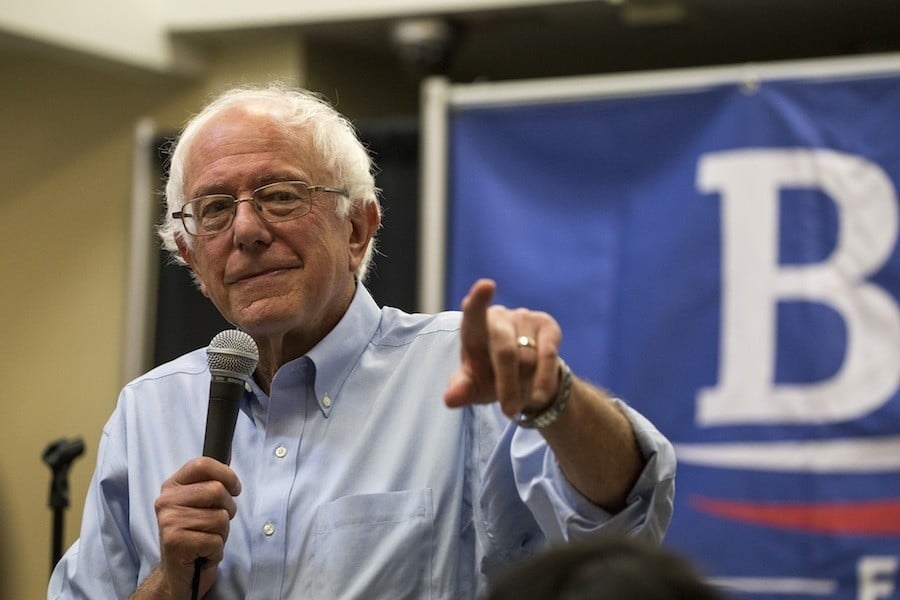 A lot of states had caucuses in the past. Most have since switched to primary votes, which offer the same privacy as general election ballots. Iowa has kept on caucusing. For a long time, the Iowa Caucuses were held in the spring. But in 1972, state-party Democrats pushed theirs into January, remaking the presidential election calendar.

The story starts with the mangled 1968 Democratic Convention in Chicago. As police assaulted Vietnam protesters in the streets outside, political frustration erupted in the convention itself. As delegates voted at the culmination of caucuses and primary elections past, “the huge old amphitheater rocked with the sounds of boos and jeers,” as the New York Times reported at the time.

By the next cycle in 1972, with the Chicago debacle in mind, Democrats changed their nominating rules. Previously, party bosses could schedule primaries without telling anyone. After the 1968 convention, party bosses had to give a 30-day notice, Rutgers University Professor David Redlawsk said. “Iowa’s system has four parts—the caucus, then the county convention, then the congressional district conventions, then the state conventions—so, to give a 30-day notice for all of them, Iowa had to start advertising early,” Redlawsk added.

When looking for a space to host their state convention—which normally took place in June—party bosses were unable to find any available hotel rooms in Des Moines, Redlawk said. So they pushed it earlier, meaning that the caucuses would also take place earlier: in January, now ahead of New Hampshire.

At first, the shift didn’t make much of a difference in terms of media coverage and political importance. And perhaps rightly so: After a night of spirited party debate and camaraderie, the winner of the 1972 Iowa caucus—with an impressive 36 percent of the vote—was… “Uncommitted.”

Indeed, more than a third of Iowan Democratic party activists were undecided during the first “first in the nation” primary. Ed Muskie, a senator from Maine, came in second that year. In short, no one paid much attention to Iowa. It would take another four years for the state to capitalize on its newfound forerunner status. 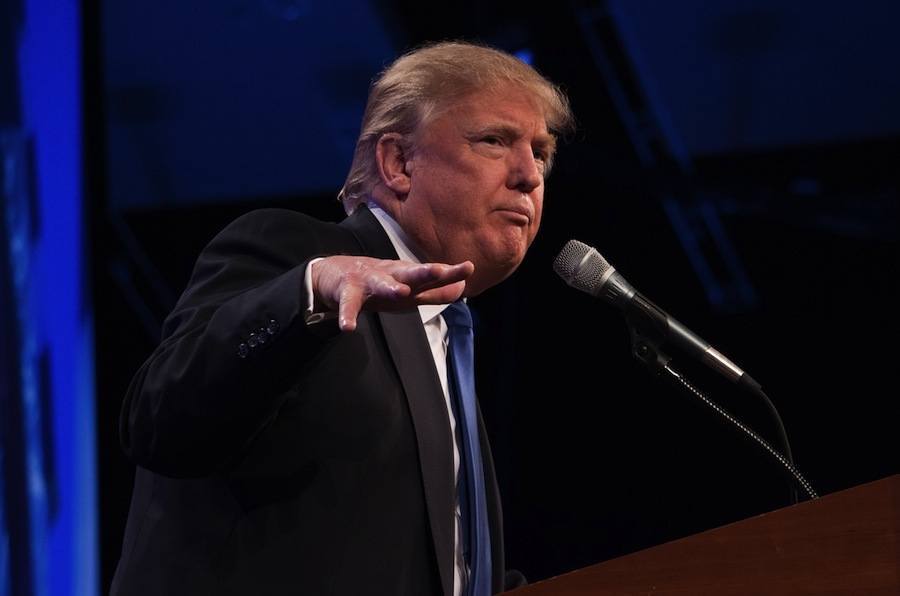 As the 1976 campaign got underway, the Iowa state political parties thought they could push the advantage of having an early say on who might become the next president. As Tom Whitney, who was then the Democratic Party State Chair for Iowa, has explained to the local PBS station,

Jimmy Carter, a fairly unknown governor of Georgia, decided to make his name in Iowa that year. He spent an inordinate amount of time glad-handing with Iowans, and it paid off. Though Carter also lost out to “uncommitted,” his strong showing—ahead of all other candidates—propelled his obscure candidacy into national prominence. The collusion of candidates and media had worked the wonders Mr. Whitney was hoping for. 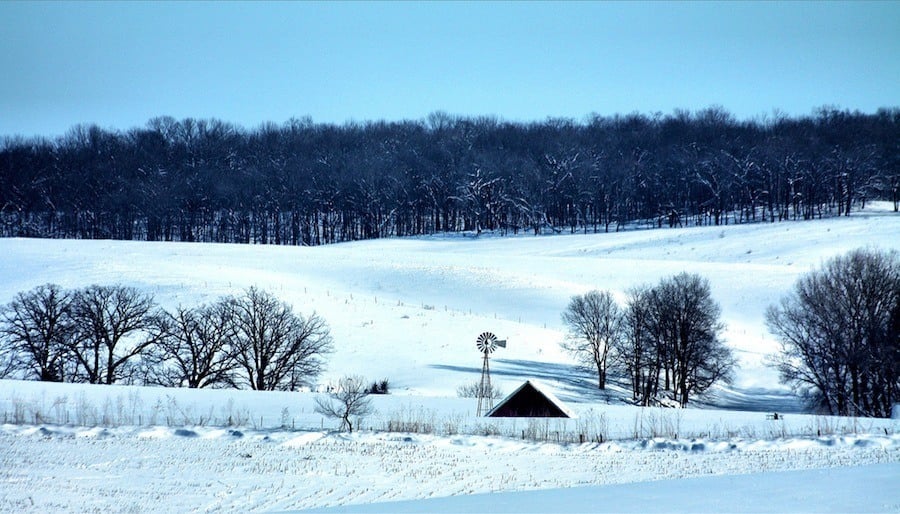 This is what a typical campaign season looks like during the Iowa caucus process. Source: Phil Roeder

From Iowa, Carter went on to win the White House. Since then, the caucuses have been a quadrennial pilgrimage destination for those who would be president.

Still, an Iowa victory usually doesn’t predict who will end up moving into the West Wing. Getting from an Iowa caucus win to the nomination of either party is about a 50/50 proposition. Getting to the White House, though, is less likely.

For Democrats, only three of the winners of nine competitive caucuses over the past 40 years have actually become president. For Republicans, only one candidate – George W. Bush in 2000 – has gone from winning a competitive contest in Iowa to becoming president. As Republicans found out in 2008, for example, Iowans might “heart” Huckabee, but almost no one else does. 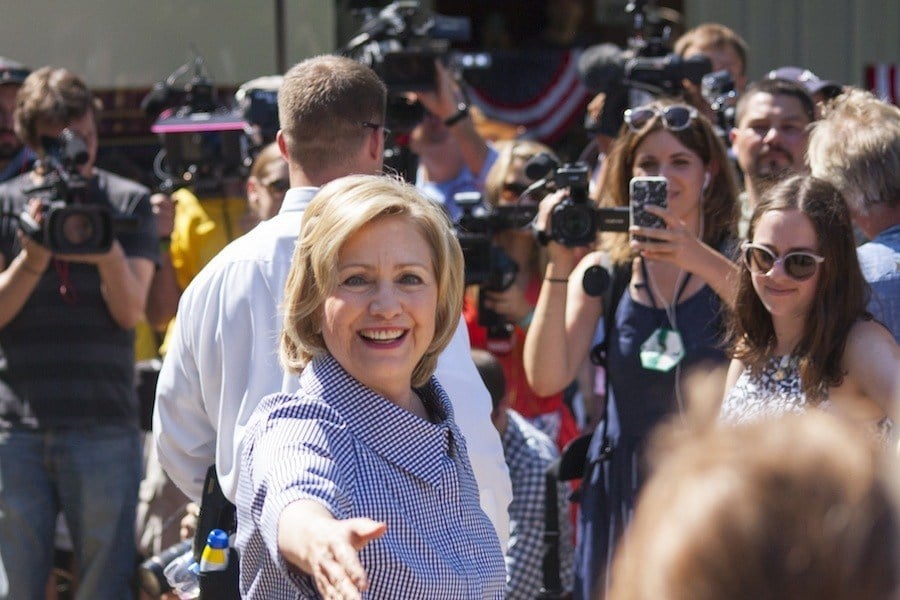 The point of the Iowa Caucuses, according to David Yepsen, one of the grand panjandrums of Iowa punditry, is to “winnow” the field. The weakest candidates often drop out if they don’t perform well. As Yepsen has written, “Iowa may start the process, but other states finish it.”