Meet The “Iranian Hulk” Who Wants To Fight ISIS 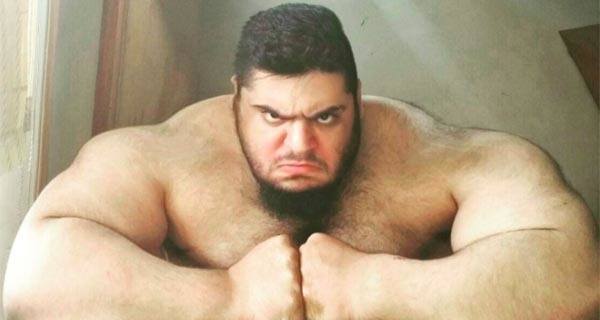 The “Hulk of Iran” has had enough of ISIS — and he wants to do something about it.

A 24-year-old Iranian bodybuilder named Sajad Gharibi announced that he plans to head to Syria and “beat up ISIS,” BBC Persia reported on Friday.

Since ISIS’ rise, combatants have destroyed dozens of historic, culturally significant religious sites throughout Iraq and Syria, many of them Shiite. UNESCO director general Irina Bokova has called this systematic destruction an act of “cultural cleansing,” meant to erase cultural identities that do not correspond with ISIS’ ideology.

Sajad Gharibi’s desire to aid in the Iranian fight against ISIS comes after around two years of the Islamic Republic’s intervention in the embattled region.

Iran, composed primarily of Shia Muslims, has come to the aid of regions under the threat of ISIS since the summer of 2014 — via providing financial and technical support to the Syrian military, sending technical advisers to the Iraqi government or providing weapons to Kurdish troops, who have their own motivations to squash the Islamic State. Some media outlets claim that Iran has had combat troops to Iraq since 2014, which Iran denies.

Despite pledging his loyalty to the Assad regime on Instagram, Gharibi denied assertions that he is actually an infamous ISIS executioner, known as the “Bulldozer,” who as his name conveys has a similar body type and was captured by Syrian troops this June.

No word on when Gharibi will actually head to Syria. If his Instagram is any indicator, it may be soon — on Tuesday he posted several photos of himself in army fatigues:

Next, read about what life looks like under ISIS.