A Former Nazi Camp Secretary Has Just Been Charged As An Accessory In 10,000 Murders

The woman, identified only as "Irmgard F.", worked for the Stutthof concentration camp in Poland from June 1943 to April 1945. 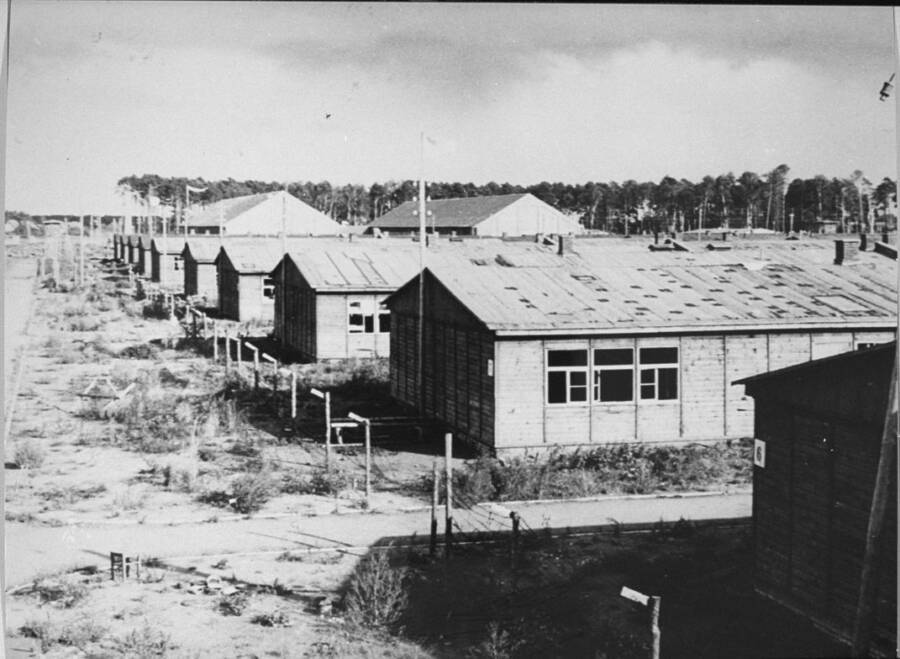 Panstwowe Muzeum StutthofThe Stutthof concentration camp barracks, shown after the camp was liberated in May 1945.

Irmgard F. was about 17 years old when she became a secretary at the Stutthof concentration camp in Poland in 1943. For about two years, she went about her work — as the Nazis murdered tens of thousands of people just outside of her office. Now 95, she’s been charged as an accessory in 10,000 murders and complicity in attempted murders.

According to The Smithsonian, the woman claimed that she didn’t know about the mass murder taking place at the camp. Identified only as Irmgard F. due to German privacy laws, she admitted knowing only of “some executions” during her time there between June 1943 and April 1945.

Until she was hit with the charges earlier this month, Irmgard F. has never been forced to reckon with her past in court. Now facing the legal repercussions of “aiding and abetting murder in more than 10,000 cases,” the woman maintained that she hadn’t been aware of the true scale of Stutthof’s operations until after World War II was over. 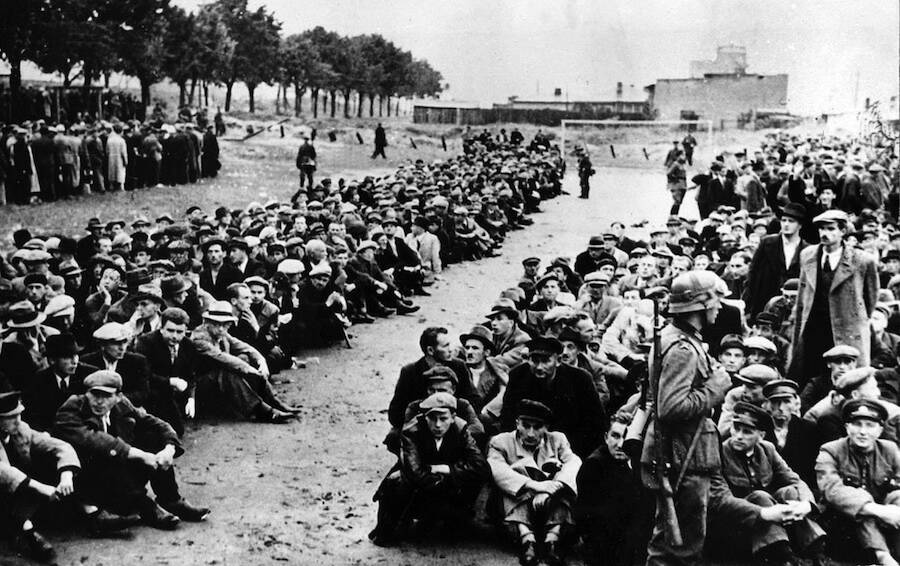 Public DomainMany Polish prisoners were executed in Stutthof after Germany’s invasion in 1939.

The case of Irmgard F. is rooted in Germany’s push to hold as many Nazis accountable as possible — especially since many of them are now close to death. It was only last summer that 93-year-old Stutthof guard Bruno Dey was convicted as an accessory to murders. Like him, Irmgard F. will be tried in juvenile court — since she was under 21 at the time.

Being tried in juvenile court probably means that her sentence will be relatively mild. For instance, when Dey was found guilty of 5,230 counts of accessory to murder, he received a two-year suspended sentence. Still, German authorities are adamant that these crimes must come to light.

“It’s about concrete responsibility she had in the daily functioning of the camp,” said Peter Müller-Rakow of the public prosecutor’s offices in Itzehoe, a town near Hamburg.

While the charges may come as a surprise to Irmgard F. herself, the nature of them stems from a shift in Germany’s approach to Nazi crimes. In the past, authorities mainly focused on targeting high-ranking Nazi officials. But the conviction of John Demjanjuk in 2011 led to more indictments of lower-ranking Nazis for their complicity in the regime.

Demnjanjuk — a former guard at the Sobibor camp in Poland — was convicted as an accessory to 27,900 murders at Sobibor in 2011. Ever since then, German authorities have been investigating other surviving personnel, such as guards, overseers, and secretaries like Irmgard F. Prosecutors have often opted to charge them as accessories to multiple murders, rather than being individually responsible for just a few. 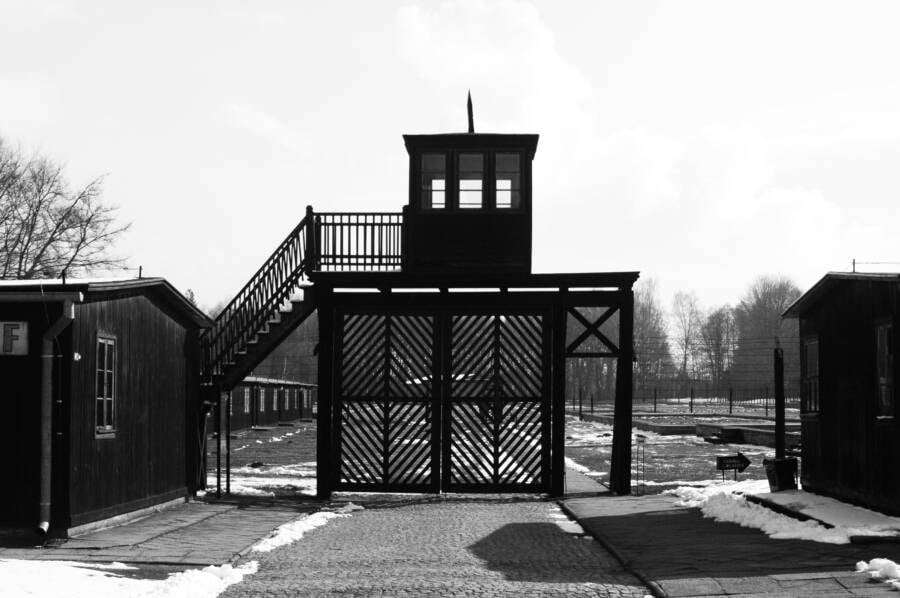 According to CNN, prosecutors in Germany are currently in the midst of 13 other cases connected to concentration camps like Stutthof. Though Irmgard F. is one of just a few women to face accessory charges, she’s not the only one. In 2015, Helma M. — a former radio operator at Auschwitz — was charged with 260,000 counts of accessory to murder.

While it was later ruled that Helma M. was unfit to stand trial, that outcome doesn’t appear likely for Irmgard F. She has spoken about her experience at Stutthof quite clearly — even claiming that she didn’t know about the mass murder at the camp because her office window pointed away from the complex where the atrocities took place.

“It’s fair to say that the majority of these women knew about the persecution of the Jews and some of them knew about them being murdered,” historian Rachel Century told The New York Times. “But some secretaries had roles that gave them more access to information than others.” 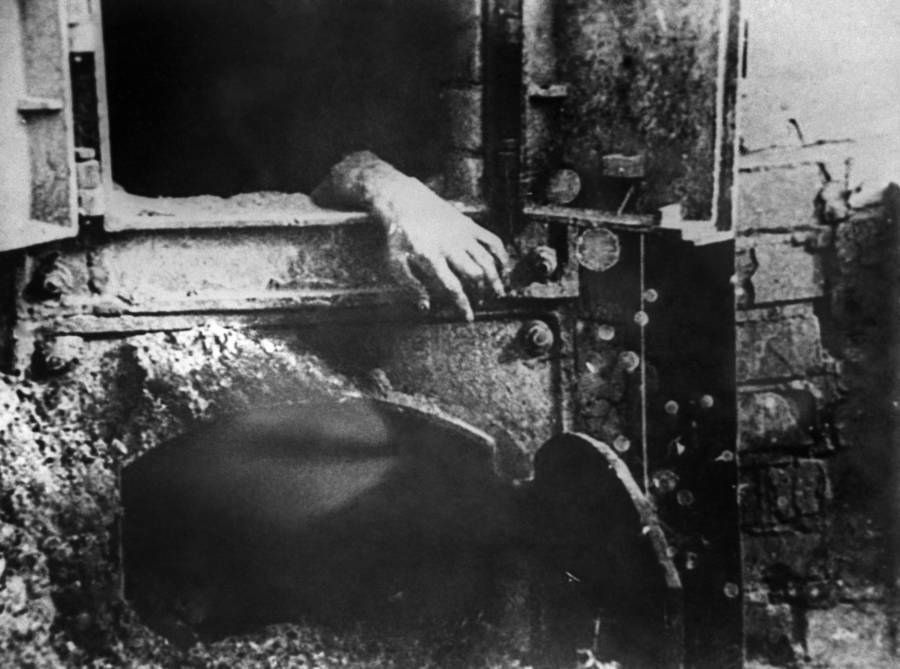 TASS/Getty ImagesOne of the Stutthof crematoriums, documented during the liberation in May 1945.

Stutthof was the first concentration camp the Nazis ever built outside of Germany’s borders. Erected in 1939, it saw two horrific epidemics of typhus kill thousands of its already dying population in 1942 and 1944. Countless prisoners who were left too weak to work were simply murdered.

According to the United States Holocaust Memorial Museum, Stutthof held more than 100,000 prisoners over its six years as a concentration camp, with more than 60,000 of them killed before the Allies liberated the survivors. It’s no wonder why many German lawyers consider the charges against Irmgard F. to be a victory.

“It’s a real milestone in judicial accountability,” said Onur Özata, a lawyer representing Nazi camp survivors. “The fact that a secretary in this system, a bureaucratic cog, can be brought to justice is something new.”

In terms of the potential outcome, it appears that the public prosecutor’s office has thoroughly prepared for the case. With five years of investigation, interviews with survivors now living in Israel and the United States, and the assistance of an independent historian — prosecutors appear to be confident with the evidence they’ve collected. 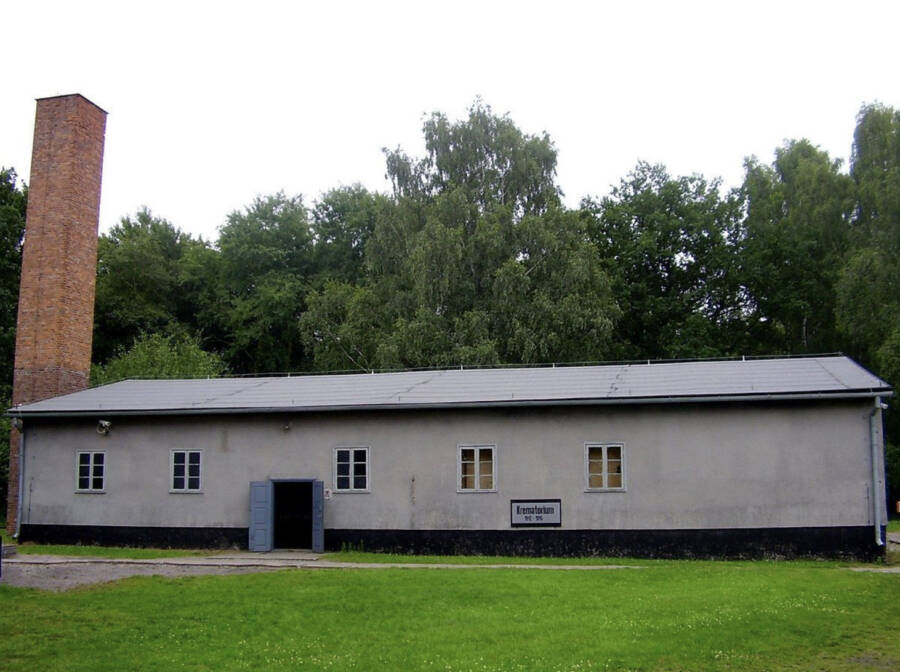 Public DomainOne of the crematoriums at Stutthof.

“The court cases are also important because, beyond historical research, they help to document and clarify Nazi crimes, and because they bring the subject to the public’s attention,” said Jens-Christian Wagner, the director of the Buchenwald and Mittelbau-Dora concentration camps memorial.

However, Müller-Rakow admitted that this was still “a highly complicated case,” since Irmgard F. had already served as a court witness when Stutthof’s commander Paul Werner Hoppe went on trial in 1957. (Though he was convicted of his crimes, he was released in the 1960s and died in the ’70s.)

In the end, the fate of Irmgard F. depends on whether the court deems her role in Stutthof’s atrocities to be glaringly apparent or insufficiently documented. It remains to be seen if she’ll be held accountable for her actions during the Holocaust.

After reading about the 95-year-old Nazi camp secretary, take a look at 24 photos of the Nazis’ all-female Ravensbrück concentration camp. Then, take a look at footage of Dachau’s liberation.