Militants have gone to great lengths to evade capture and battle — including dressing as women. 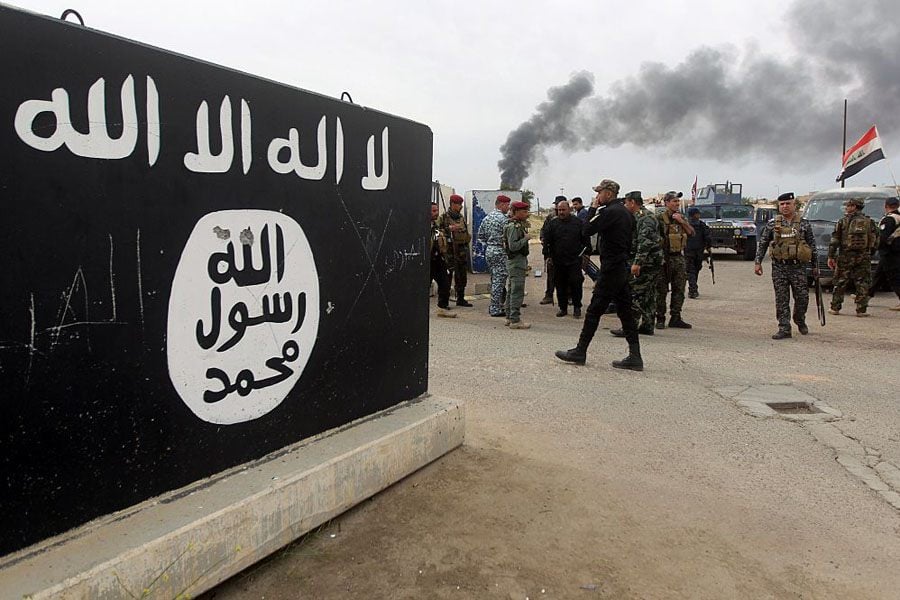 Following the July 10th announcement that Mosul, Iraq, had been liberated from the Islamic State, ISIS fighters fled the city in droves.

Some of them, apparently, fled in mascara.

According to photos released by the Iraqi army and first shared by the Sun, one of the captured militants donned violet eyeshadow, black eyeliner, red lipstick, and blush. Others show fleeing fighters in padded bras, wigs and hijabs — apparently thinking that if they resembled women, they could escape more easily. 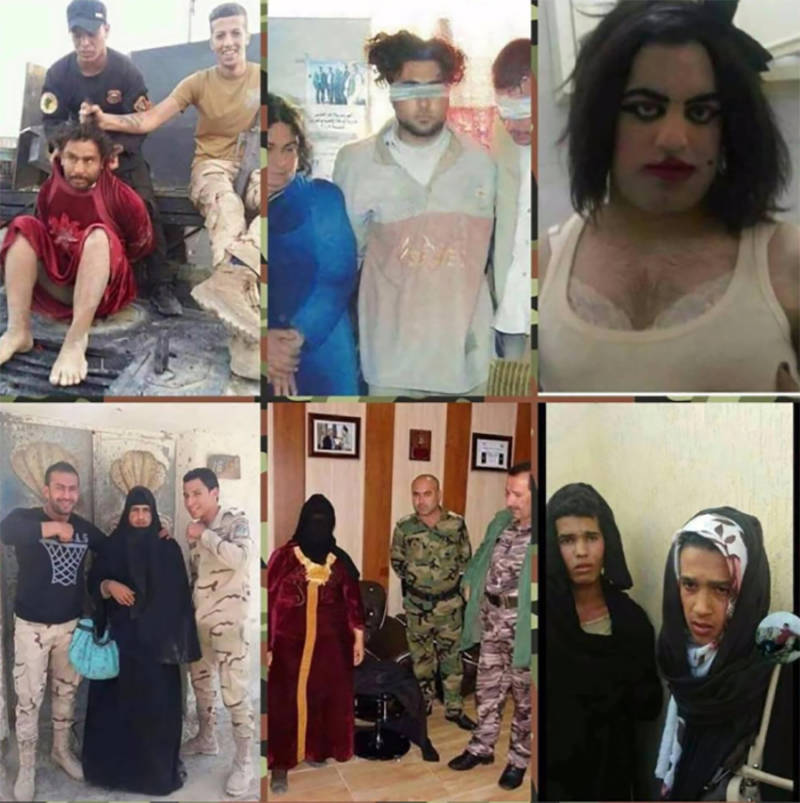 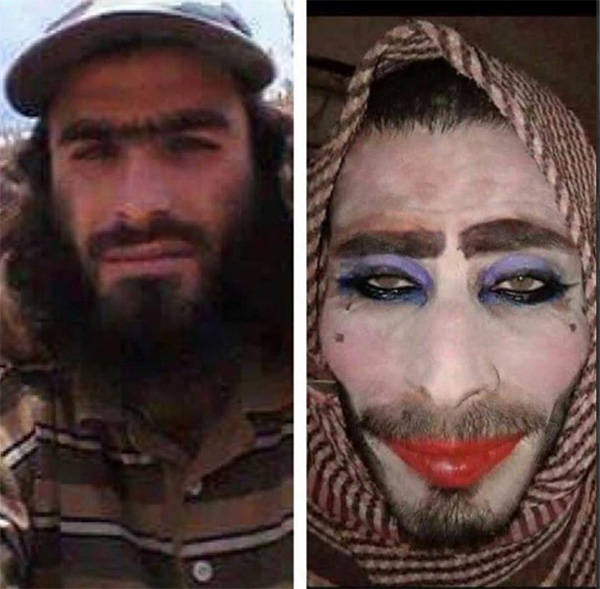 This isn’t the first time ISIS fighters have attempted to change their gender in order to evade trouble. As Metro reported in 2015, men in northern Iraq appeared to have dressed as women in order to stay out of battle as Sharia law, which ISIS in some respects adheres to, prohibits women from fighting.

Tragically, the photos supporting that thesis — which were shared via Instagram — were released just days after it was revealed that an ISIS executioner had beheaded three men in the Baiji region of northern Iraq under accusations of homosexuality. 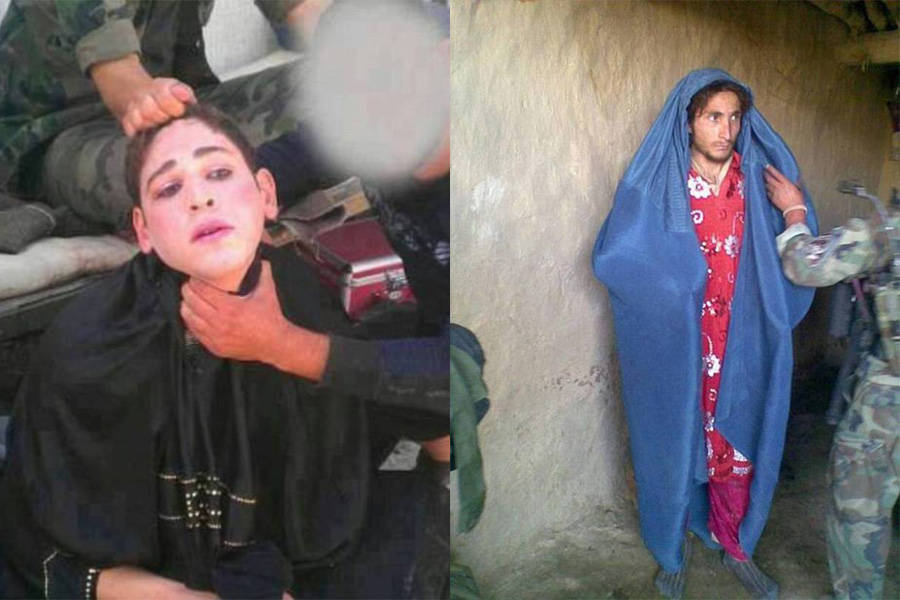 This did not mark an isolated instance of anti-gay punishments in the Islamic State. As of January 2016, the Syrian Observatory for Human Rights told the Independent that ISIS has executed at least 25 people for being gay.

In one high profile case, a 15-year-old boy was executed in public for charges that he had become physically intimate with a senior ISIS commander.

“The boy was accused of being engaged in a homosexual relation with the prominent ISIS officer Abu Zaid al-Jazrawi,” media activist Sarai al-Din told ARA News, a Syrian news agency.

Al-Jazrawi avoided execution and was reportedly flogged and told to leave Syria for Iraq.

According to experts on Islam and LGBT issues, these relations are not necessarily surprising.

“A tradition in which adult males engaged in sexual pleasure with pre-pubescent boys–ghelman–including hermaphroditic boys, has existed before the creation of Islam,” Sushi Nahas, a gay Syrian who fled the country and later gave a speech on LGBT persecution in Syria to the UN, told the Daily Beast. “Because these encounters didn’t result in pregnancies, they became more commonplace after Islam had taken root.”

What matters — and likely why the 15-year-old died — is who did what to whom.

“If a man has sex with another man, the two parties are the receptive one and the ‘inserter,’” Nahas said. “If you’re the receptive party, you’re doomed. You’re seen as sodomized, someone has done this to you, you’re the abomination. If you’re the inserter, you are in control, you’re functional, you can reproduce.”

And thus, victims are punished.

“We have seen this type of hypocrisy in other so-called religious groups such as the Taliban,” Michael Luongo, editor of Gay Travels in the Muslim World, told the Daily Beast. “The horror is added to by the sense the 15-year-old was essentially raped and then murdered for his having been raped.”

Of course, ISIS is not alone in its treatment of gay or non-binary conforming individuals.

“The targeting of gay people in Syria is escalating, even by groups who say they are secular,” Nahas said, citing groups such as Ahrar ash-Sham and the Judicial Court in Aleppo. “They believe that gay people are one of the main reasons there is war in Syria, and they need to be killed so the war can be won.”

But now, it appears that an LGBT group is pushing back. As Newsweek reported on Monday, a group of international volunteers have formed the first LGBT unit to combat ISIS: The Queer Insurrection and Liberation Army.