The Tragic Story Of Jacob Wetterling, The Missing Boy Whose Case Went Unsolved For 27 Years 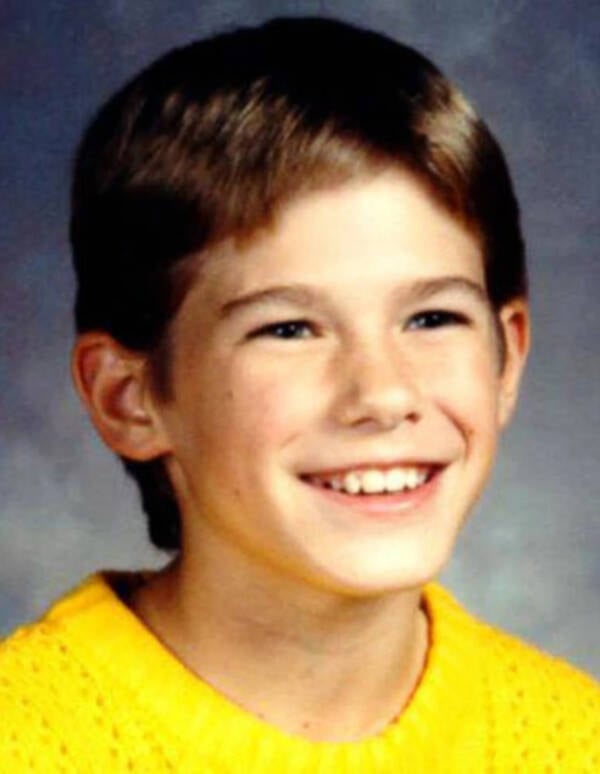 Wikimedia CommonsJacob Wetterling was killed and buried 30 miles from his house.

On Oct. 22, 1989, 11-year-old Jacob Wetterling rode his bike to a local video store in St. Joseph, Minnesota. He had no idea that it would be the last cheerful experience he ever had. On his way back home, Wetterling was abducted — and never seen alive again.

Wetterling’s best friend and younger brother were there, too, but they fled when the masked perpetrator ordered them to run away at gunpoint, according to ABC News. Local police teamed up with the FBI, as they believed Wetterling’s disappearance was connected to a slew of recent cases in the region involving child sexual assault that had yet to be solved.

The FBI was confident that these incidents weren’t random. Armed with a list of suspects, they questioned a local man named Danny Heinrich within months of Wetterling’s disappearance. While they took samples of his DNA, testing methods weren’t standardized yet. It was only in 2015 that the disturbing truth came to light.

Renewed investigations matched Heinrich’s DNA to the sexual assault of another boy mere miles from Wetterling’s last known location. While the statute of limitations for that crime had long expired, police were granted a search warrant for Heinrich’s home — and found macabre answers to Wetterling’s disappearance.

The Disappearance Of Jacob Wetterling

Born on Feb. 17, 1978, in Long Prairie, Minnesota, Jacob Erwin Wetterling had a beautiful childhood before his charmed young life was extinguished forever. Raised by Jerry and Patty Wetterling, he and his younger brother Trevor had free rein to roam the great outdoors and ride their bikes like most kids of their generation. 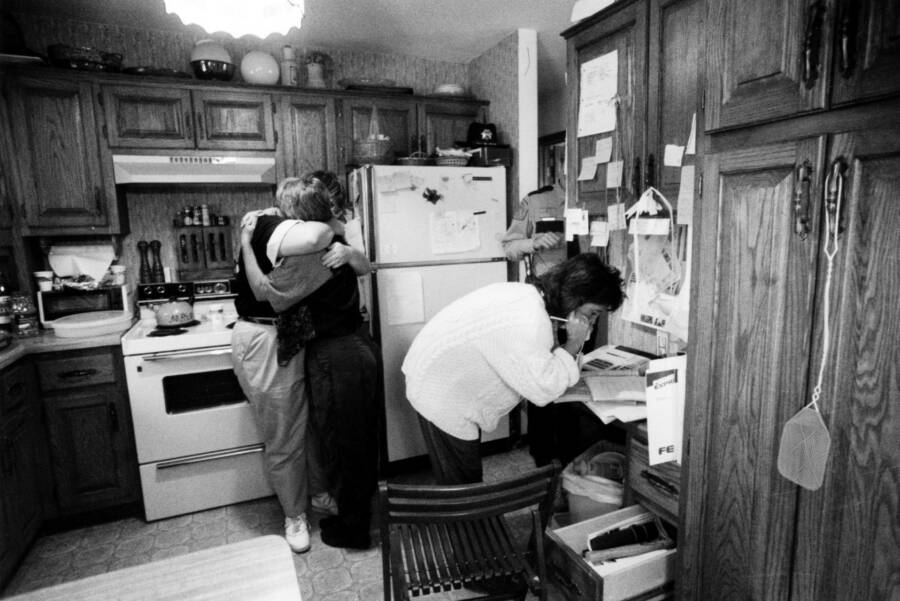 On Oct. 22, 1989, however, Patty Wetterling wanted her children to stay home, she told CNN. She and her husband were at a dinner party when Jacob called her at 9 p.m. to ask if they could ride to the video store. Since it was already dark outside and the boys would have to leave their little sister, Carmen, alone to do so, she said no.

The resourceful kids then called Jacob’s father, Jerry, to try once more. They assured him they would wear reflective vests and use flashlights on the mile-long bike ride to the store. As for Carmen, they would get their 14-year-old neighbor to babysit. Jerry agreed, so the Wetterling brothers and their friend Aaron set off.

After renting The Naked Gun (1988) on VHS, the trio mounted their bicycles and pedaled back. They hadn’t gone far when a masked man emerged from a driveway and ordered the boys to abandon their bikes in a ditch and lie face down on the asphalt. He then asked them their ages.

Wetterling’s ten-year-old brother Trevor was told to run into the woods and not look back or he’d be shot. The man then told Jacob and Aaron to turn around so he could inspect their faces before ordering 11-year-old Aaron to leave as well. Trevor and Aaron rushed home to notify the neighbors, but it was the last time anyone saw Wetterling alive.

The neighbors immediately notified Wetterling’s parents and the police. Officers responded to the abduction site within six minutes and began searching for Wetterling both from the ground and by helicopter. Disturbingly, they didn’t find a single sign of life, despite the optimism of Stearns County Sheriff John Sanner. 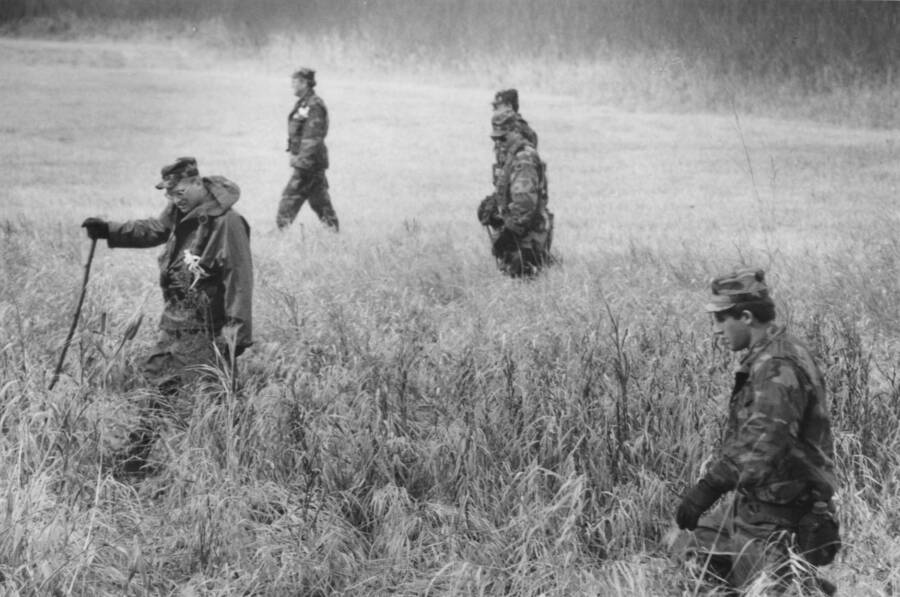 “Everybody thought that within a few hours we would get it taken care of,” he recalled.

By the time Patty Wetterling granted an interview to Minnesota’s Pioneer Press two months later, the FBI and National Guard had joined the search. Residents founded the Friends of Jacob Wetterling Center and received 1,000 applications to help send out flyers to raise awareness.

Donations to the center went toward an increasingly lucrative reward, and police received thousands of tips. The FBI questioned Heinrich on Dec. 16, 1989, but released him without charges after taking a DNA sample. Decades passed with no arrests for the crime — until amateur sleuth Joy Baker got involved.

Baker was 22 years old when Wetterling went missing, and she wrote her first blog post about the case in 2010. She became personally invested in the matter after seeing Wetterling’s heartbroken parents on television, so she started investigating. It didn’t take long for her to center in on the case of Jared Scheierl.

Scheierl was 12 years old when he was abducted and molested by a masked man on Jan. 13, 1989. The suspect had threatened him with a gun and told him to run off without looking back or he would be shot. Since this had occurred within 10 miles of the location of Wetterling’s abduction, Baker believed the cases were linked.

Baker’s work garnered traction when she and Sheierl were interviewed on CNN’s The Hunt in 2014. After renewing their efforts, authorities discovered that the previously unidentified DNA from Scheierl’s crime scene was a match to Heinrich’s DNA. Unfortunately for Scheierl, the statute of limitations had run out.

The police did obtain a search warrant for Heinrich’s home in July 2015, however, and arrested him in October 2015 for child pornography found inside in his house. Facing 25 federal charges, he accepted a plea agreement — and confessed to Wetterling’s murder. He proved his involvement by leading investigators to the burial site on Aug. 31, 2016. 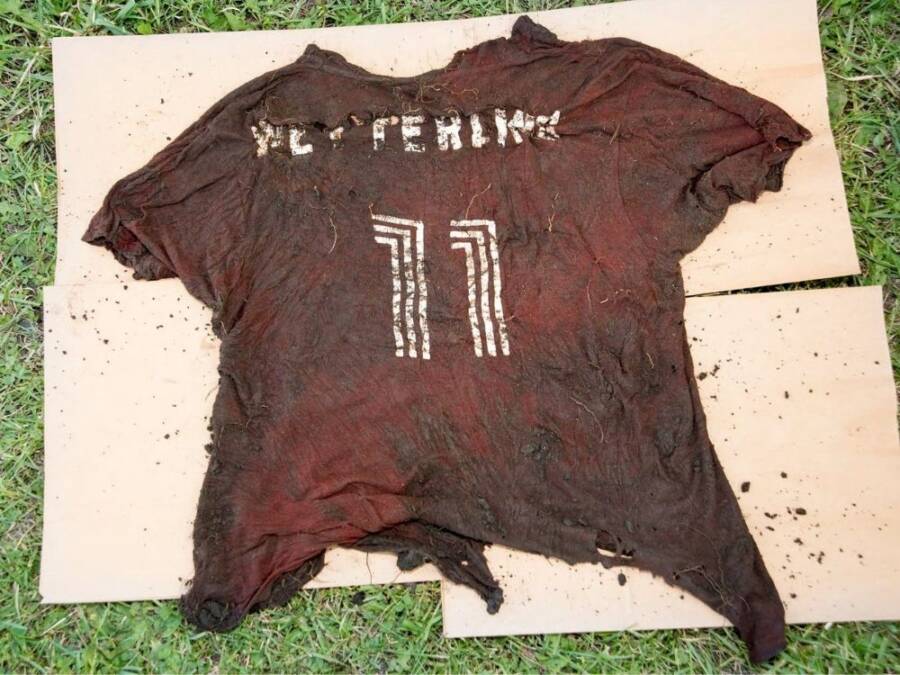 Stearns County Sheriff’s OfficeThe jersey Jacob Wetterling was wearing the night he was abducted and murdered.

The boy’s remains were removed from a pasture about 30 miles from his home and confirmed to be Wetterling’s through dental records, as reported by NBC News. Heinrich testified to the crime and confessed to handcuffing the child, driving him to a Paynesville gravel pit, and molesting him before shooting him and burying him there.

While he was sentenced to 20 years for child pornography charges, Heinrich’s plea bargain prevented him from being convicted for Wetterling’s death. Ultimately, however, the boy’s legacy became far grander than his tragic murder, as his parents formed the Jacob Wetterling Resource Center, an advocacy group for children’s safety.

Perhaps most notable of all, the federal Jacob Wetterling Act was passed in 1994. It was the first law in American history to mandate that each state maintain a sex offender registry. As for his parents’ foundation, it aims “to educate the public about who takes children, how they do it and what each of us can do to stop it.”

After learning about Jacob Wetterling, read about the horrific murder of April Tinsley. Then, learn about Amber Hagerman, the girl behind the Amber Alert.