License To Roast: Every One Of James Bond’s Killer Puns

Ahead of this weekend’s release of Spectre, we’re looking back at the less angsty days of the franchise, when Bond would dispatch bad guys with a cheesy one-liner before going back to quaffing vodka martinis in one of his usual luxurious locations. Here, we revisit every one of those post-kill quips. Prepare yourselves, some of these are poshitively shocking: 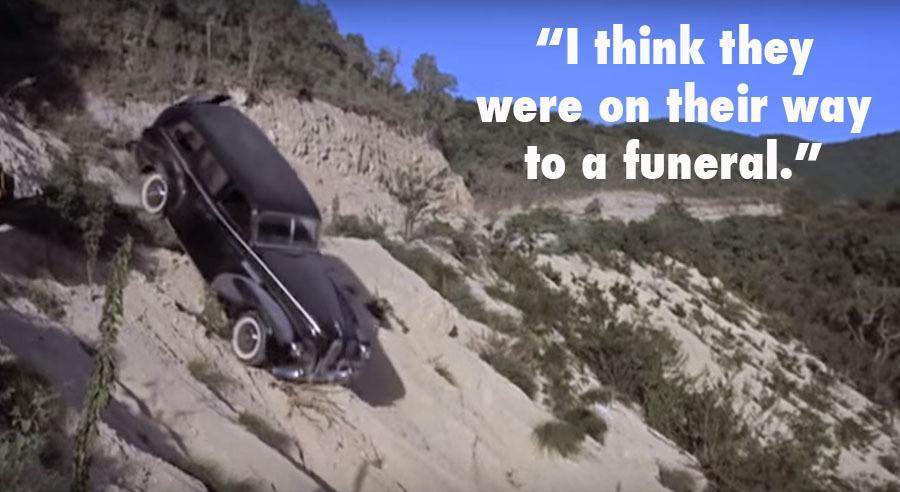 Bond outmaneuvers the bad guys chasing him in a hearse, causing them to drive off a cliff and, of course, explode.

From Russia With Love 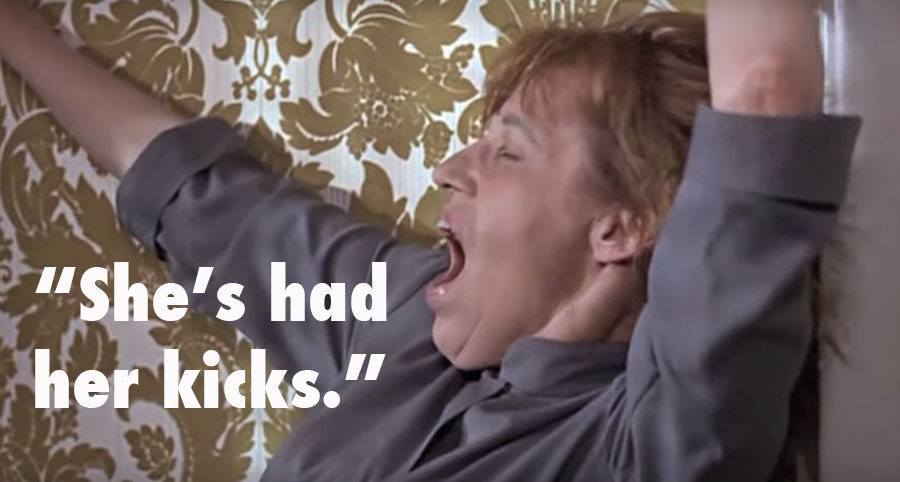 Feisty Commie Rosa Klebb is shot while trying to stab Bond with a poisoned blade in her shoe. 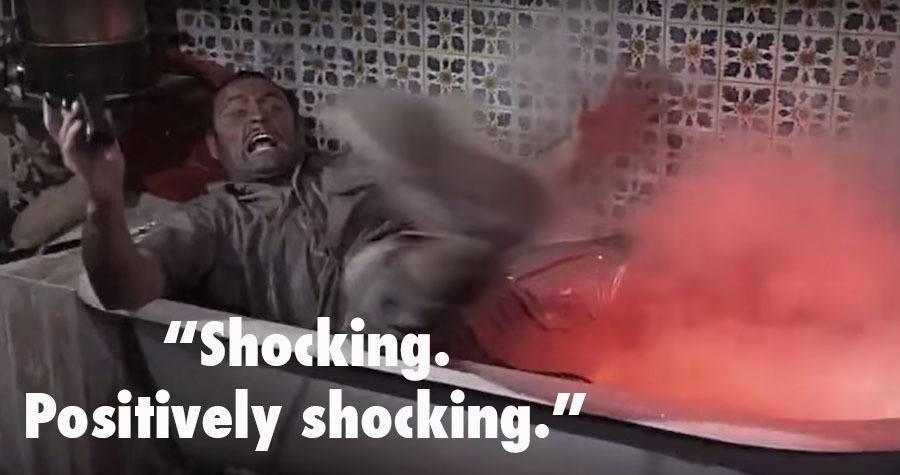 An assassin is messily dispatched with the aid of a bathtub and an electric fan. 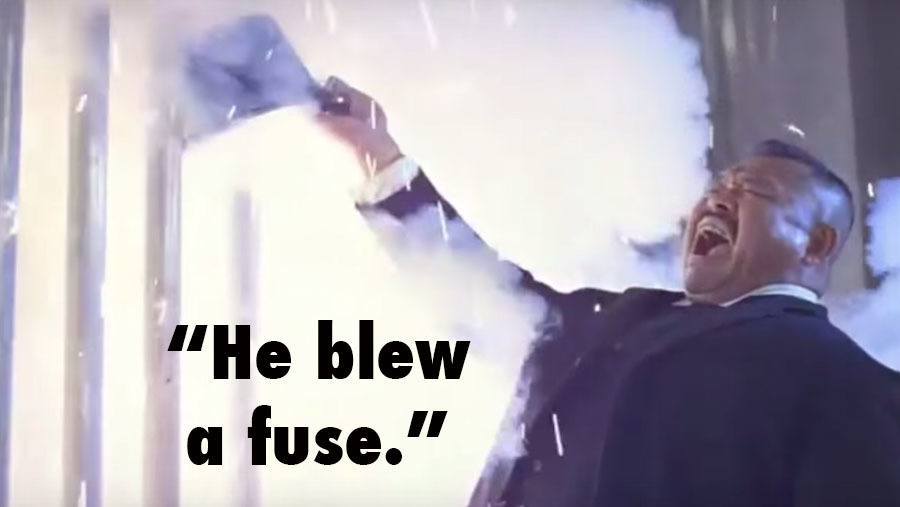 Killer butler Oddjob is electrocuted while retrieving his decapitating-hat from the bars of a vault in Fort Knox. This sentence makes sense if you watch a lot of Bond movies. 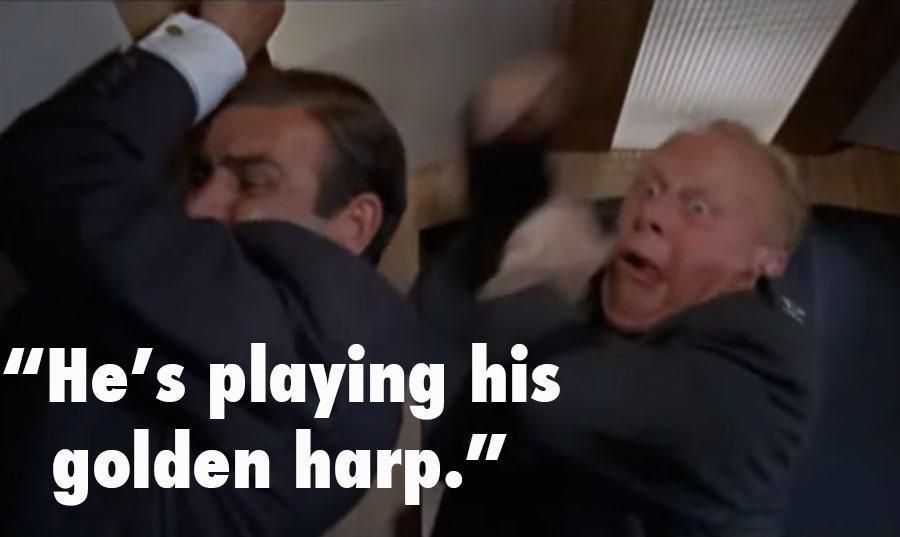 Bond ensures gold-obsessed Goldfinger gets sucked through the window of a depressurizing plane. Pussy Galore (yes, really) asks where he is. 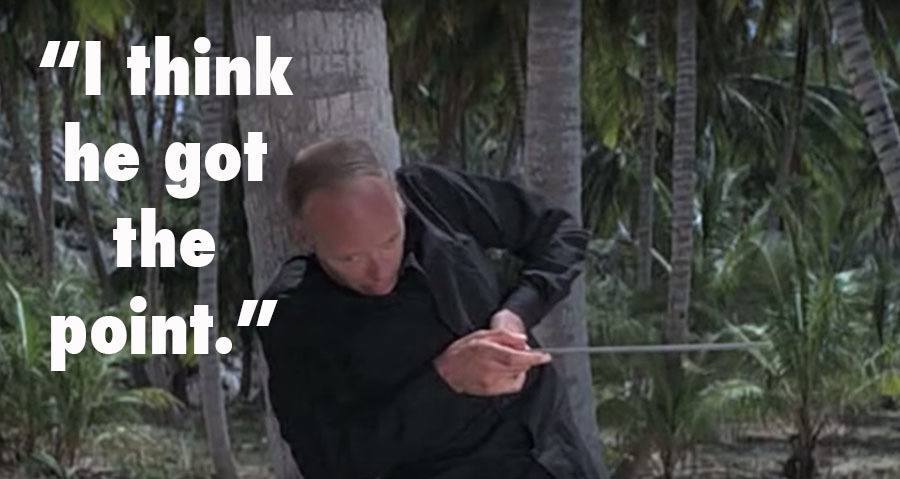 Bond harpoons a guy right into a tree.

You Only Live Twice

A henchman is hurled into a pool full of piranhas (what, you don’t have a piranha pool in your secret HQ?)

On Her Majesty’s Secret Service 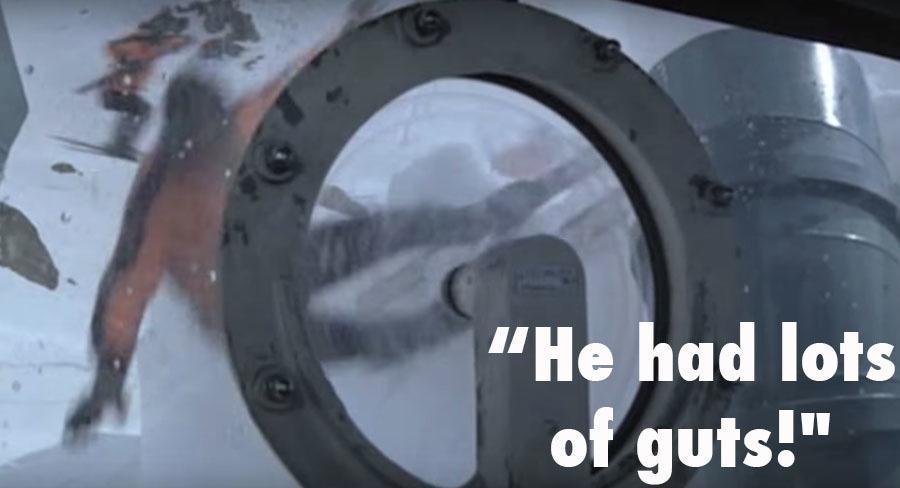 A henchman gets knocked into an industrial snow-plough, which begins to spew red snow. New Bond George Lazenby gives it his best shot. 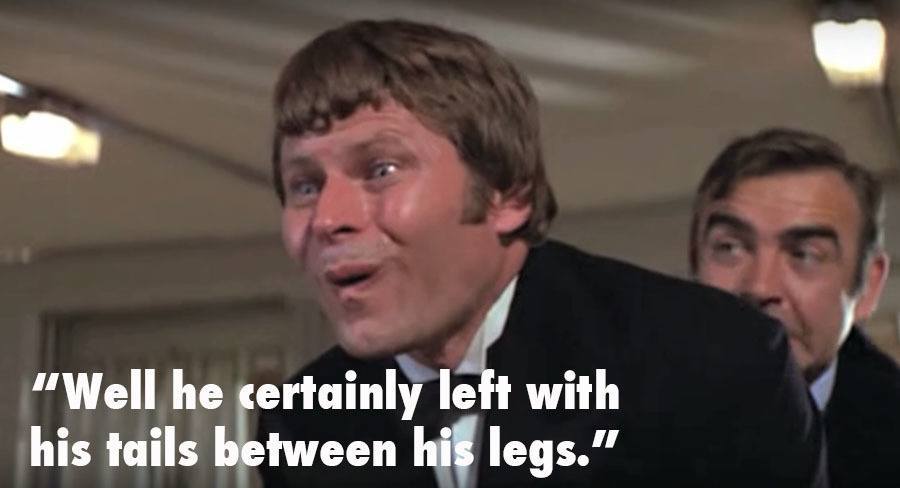 Assassin Mr. Wint is given a lethal wedgie with his own shirt tails, has a bomb tied to his rear end and, just to be certain, shoved off the side of a cruise ship. 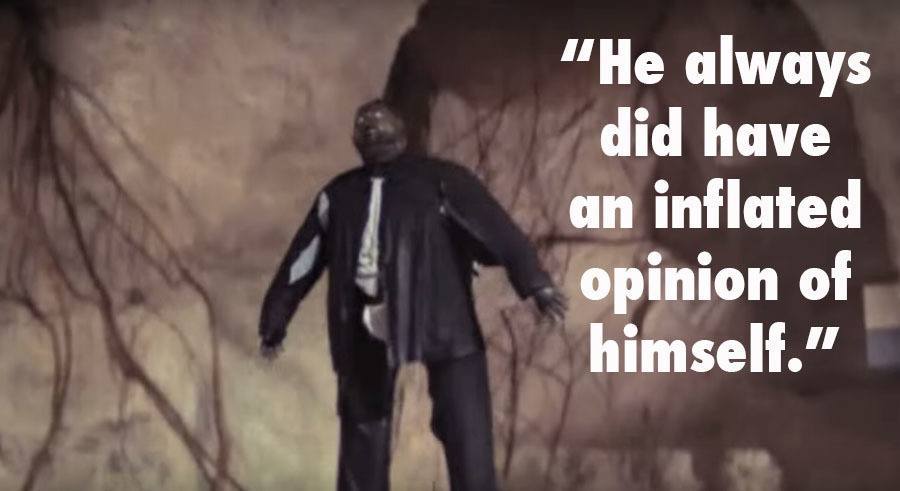 Roger Moore manages a few good kill-quips in his time as Bond, but none more ridiculous than this. Kananga is force-fed a compressed gas bullet, causing him to inflate like a balloon and burst. 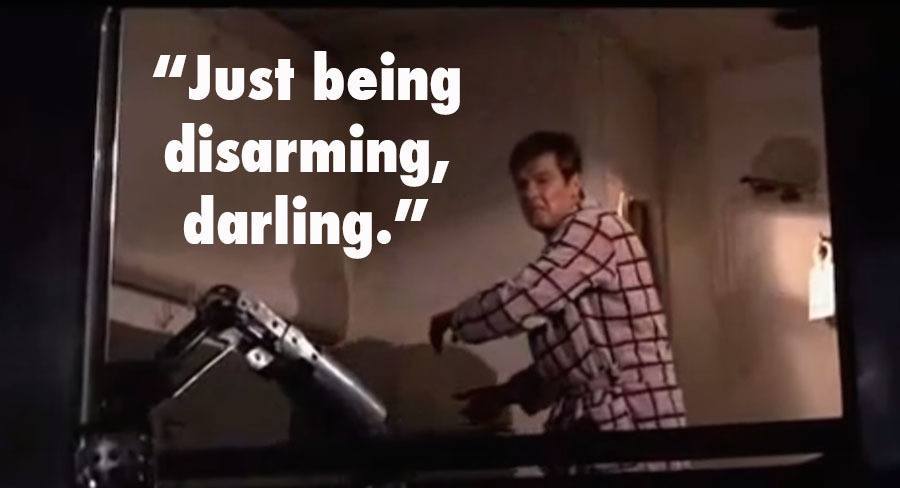 Bond finishes the film by hurling a henchman off a train after taking out the baddie’s deadly, clawed prosthetic arm. The damsel in distress emerges and asks what he’s up to.

The Man With The Golden Gun 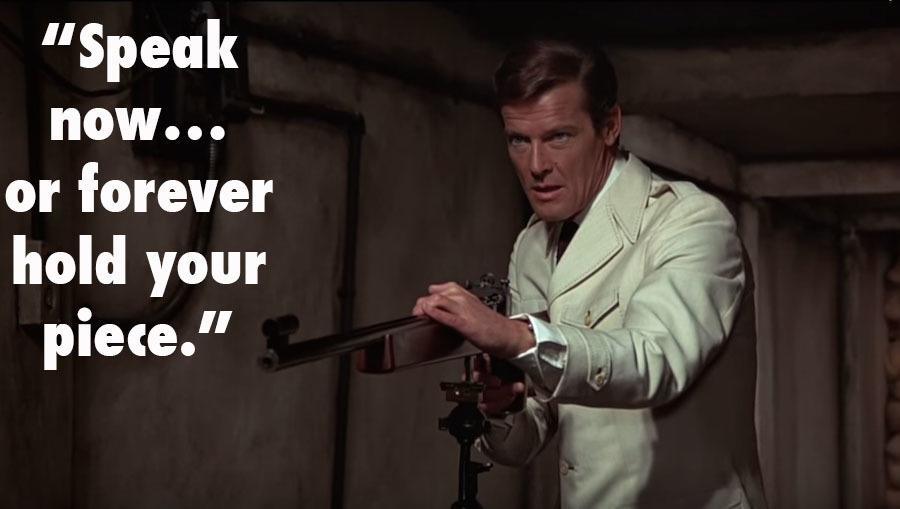 Bonus entry: A rare Bond movie with no post-kill quips to speak of, we still couldn’t leave out the part where Bond interrogates a man while aiming a rifle at his groin.

The Spy Who Loved Me 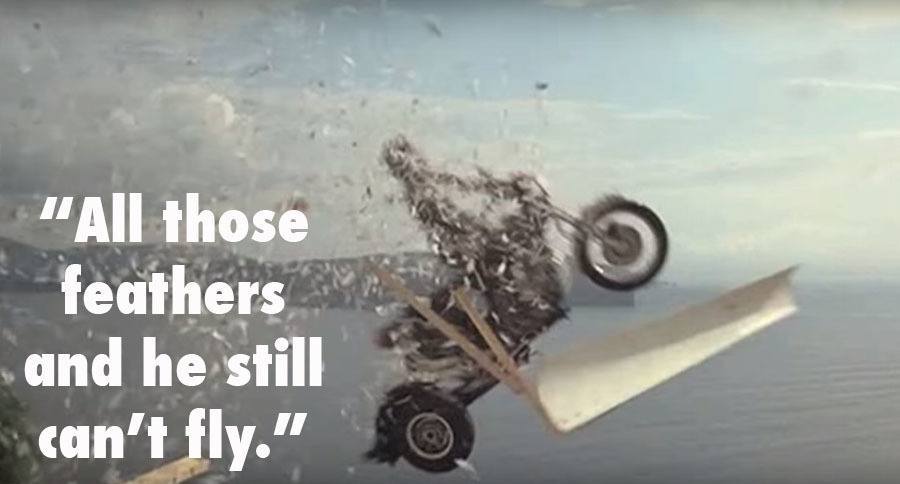 Bond rams a motorcyclist—covered in feathers from a collision with a truck full of pillows—off a cliff. 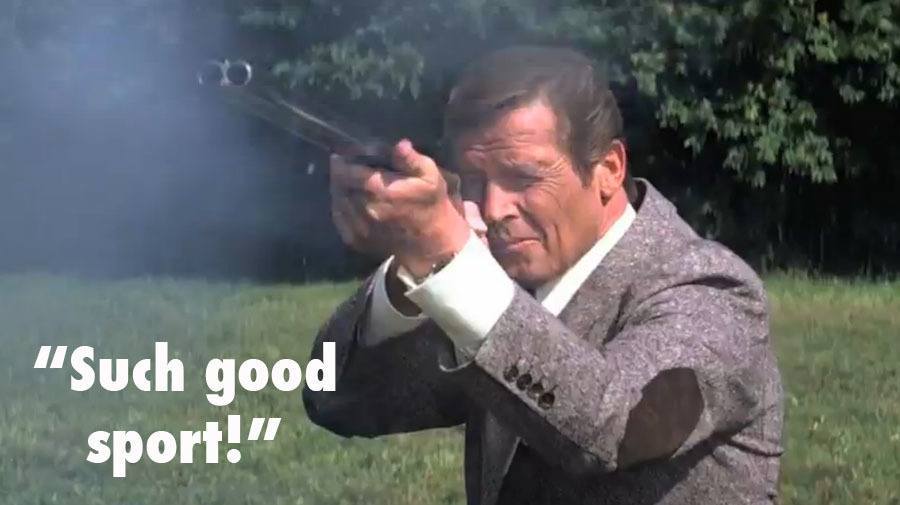 007 blasts an assassin out of a tree during a duck hunt intended to cover his own murder. 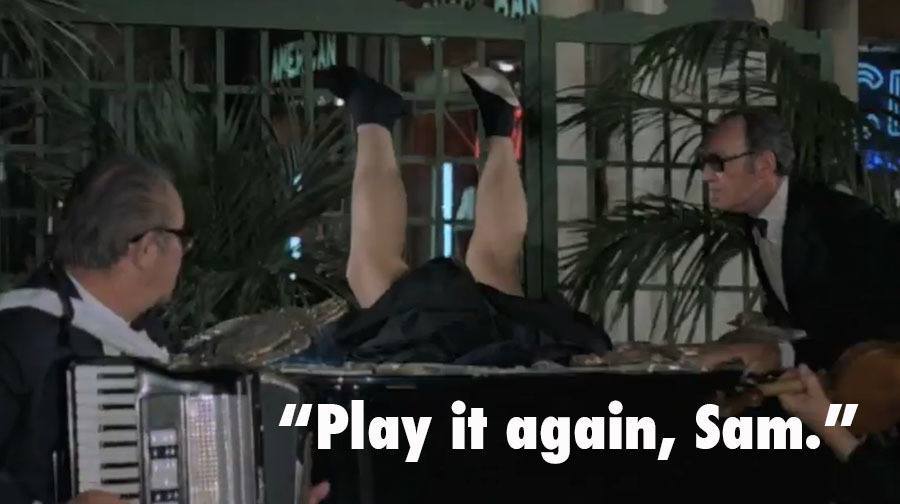 A kung-fu assassin is sent careening out of a church tower, smashing headfirst through a piano below. 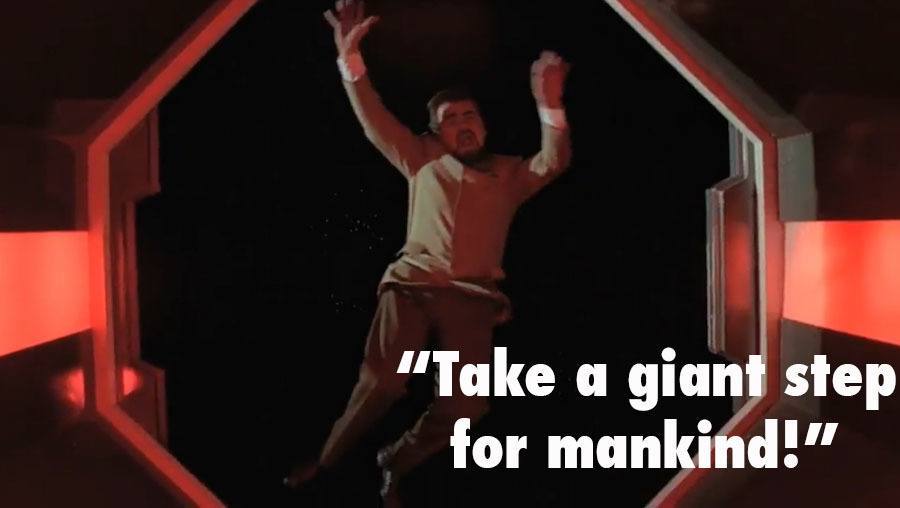 Bond shoots Hugo Drax in the heart with a poisoned dart, then pushes him out of an airlock into space.

For Your Eyes Only 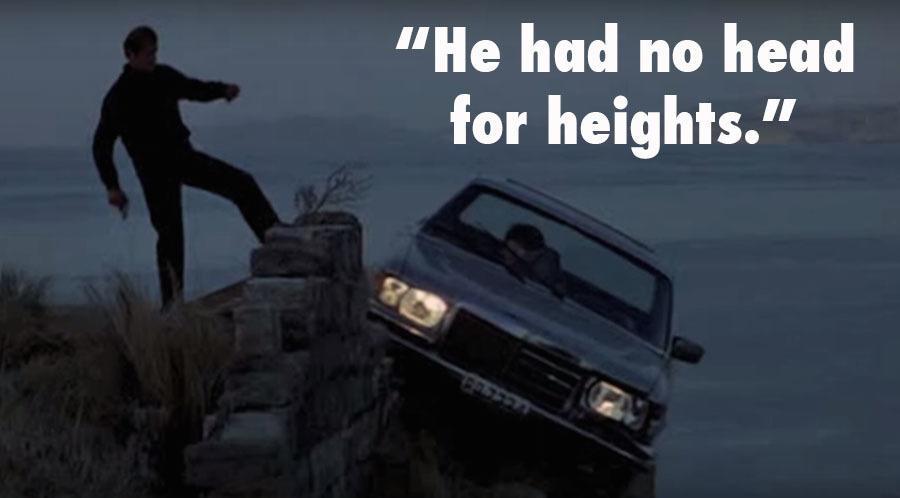 Bond kicks a henchman off a cliff (a recurring theme in the series), still inside his precariously perched car. 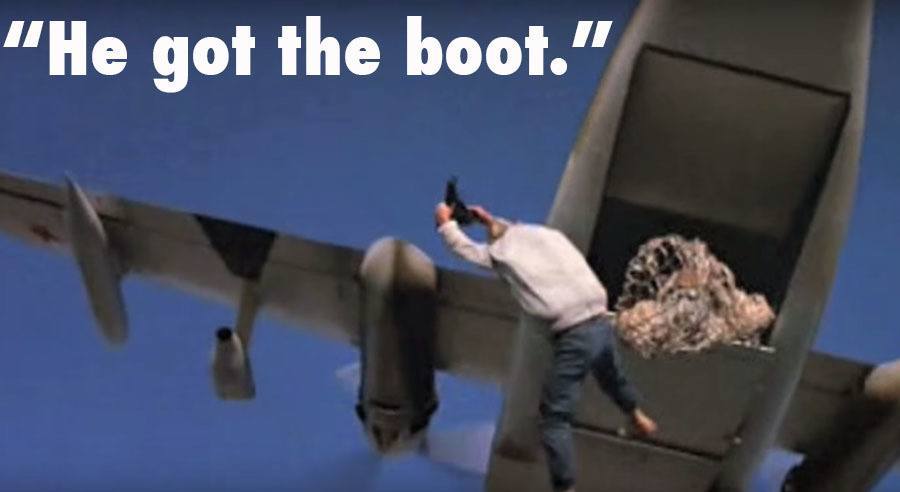 Unbelievably, both Octopussy and A View To A Kill pass by with no good quips, leaving it up to new Bond Timothy Dalton to bring back the tradition. Here, a henchman is tossed from a cargo plane, still clutching Bond’s shoe.

Brad Whitaker is crushed under an exploding bust of the Duke of Wellington, squished against a scale model of the general’s most famous battle.

A henchman is impaled on a forklift truck, then driven through a wall for good measure. 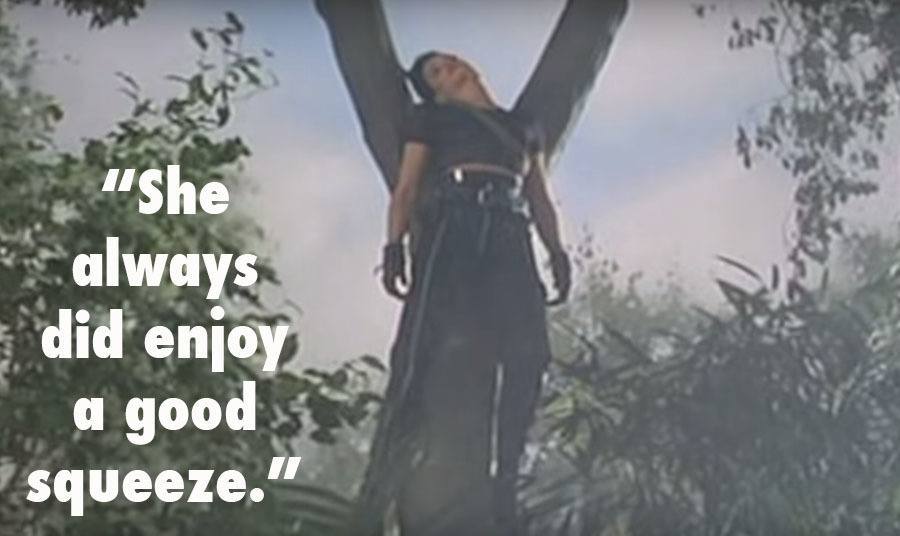 Bond’s former lover Xenia Onatopp gets horribly crushed to death by a helicopter. 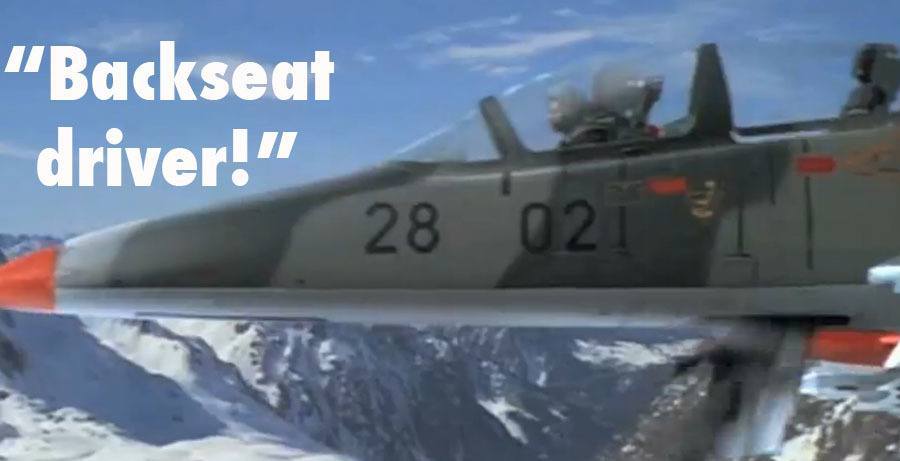 In a moment more fitting for Hot Shots than a Bond film, 007 ejects his unwanted copilot, causing them to smash through the cockpit of the enemy plane above which—have you guessed it yet?—explodes. 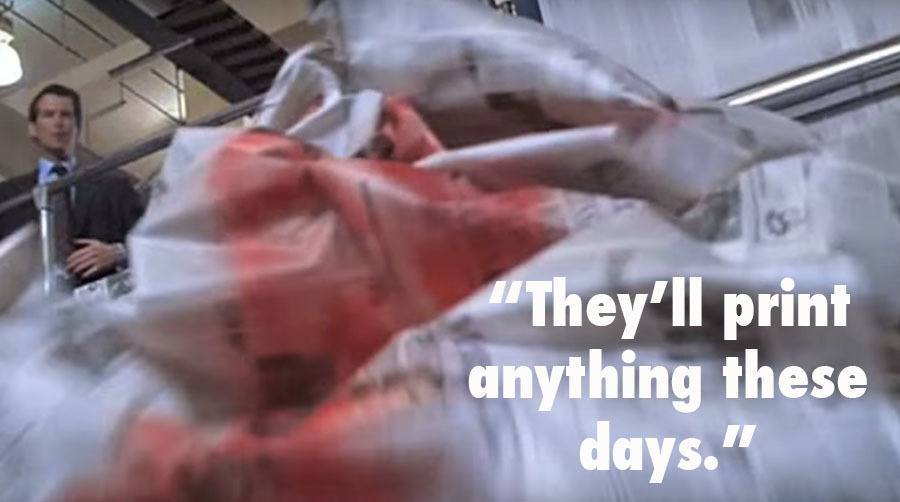 Bond punches a villain into an industrial printing press, which begins churning out blood-soaked pages.

The World Is Not Enough 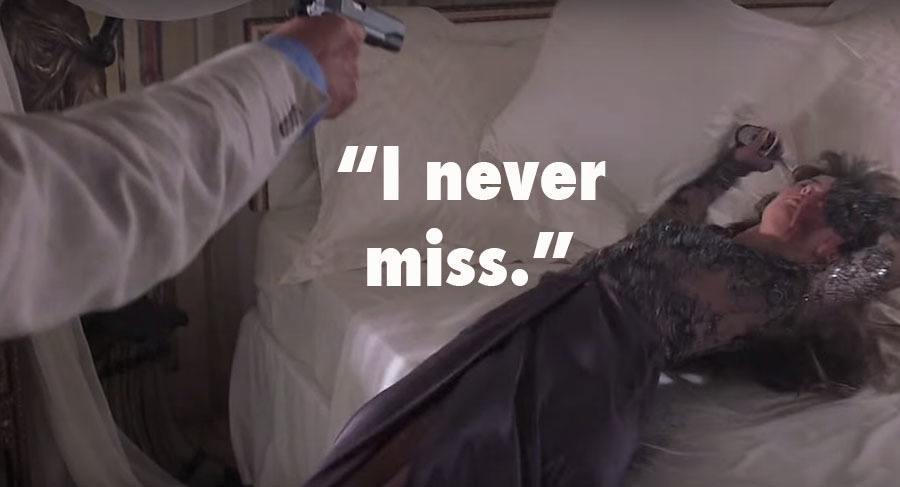 Elektra tells Bond he can’t kill her because he’d miss her too much. The old romantic promptly shoots her in the face.

“Time to face destiny!” yells Gustav Graves. Bond tosses him out of an airplane (while electrocuting him, because why not?)

Spectre hits theaters November 6—check out the trailer below:

Enjoyed these zingers? Try history's best comebacks and 45 of history's most famous (and hilarious) insults.