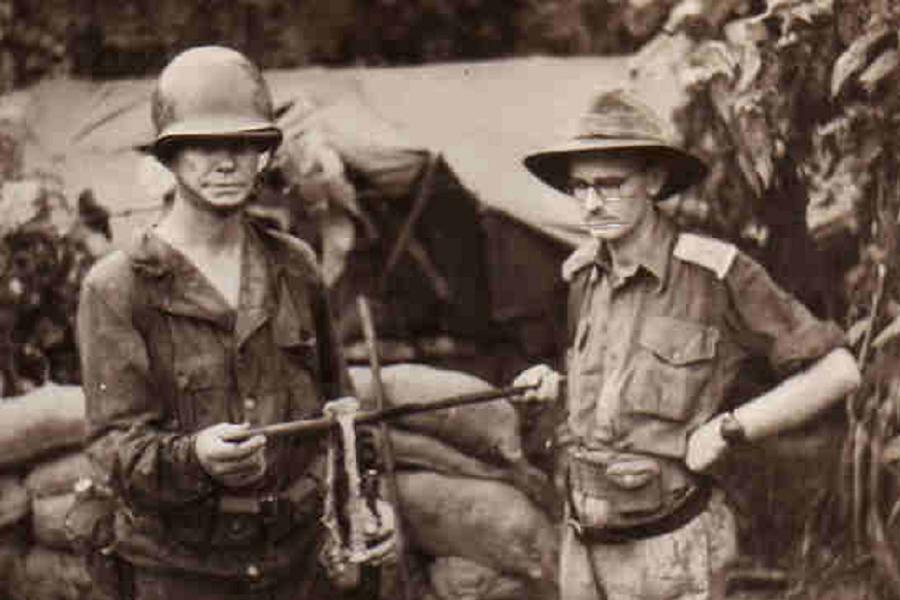 From late July to early August 1942, a full division of Japanese soldiers tried to force a difficult crossing in New Guinea’s rugged central highlands. They were opposed by a few companies of Australian regulars, who managed to not only halt the advance but to drive it back from the mountain pass. When the Australians searched the abandoned Japanese camp for signs of prisoners they had lost earlier in the fighting, what they found shocked them to their core.

From the firsthand account of Australian Corporal Bill Hedges, who was among the first into the abandoned camp:

“The Japanese had cannibalised our wounded and dead soldiers…We found them with meat stripped off their legs and half-cooked meat in the Japanese dishes…I was heartily disgusted and disappointed to see my good friend lying there, with the flesh stripped off his arms and legs; his uniform torn off him…We found dumps with rice and a lot of tinned food. So they weren’t starving and having to eat flesh because they were hungry.”

This wasn’t a one-off event. Several firsthand accounts attest to Japanese officers, sometimes very senior ones, participating in ritualized cannibalism. An Indian captive, held for the duration of the war in a series of Japanese POW camps, later attested to what he saw when an American pilot was captured. According to Havilar Changdi Ram:

“About half an hour from the time of the forced landing, the Kempai Tai beheaded the pilot. I saw this from behind a tree and watched some of the Japanese cut the flesh from his arms, legs, hips, and buttocks and carry it back to their quarters. I was so shocked at the scene and I followed the Japanese just to see what they would do with the flesh. They cut it in small pieces and fried it. Later that evening, a very senior Japanese officer, of the rank of Major-General, addressed a large number of officers. At the conclusion of his speech, a piece of fried flesh was given to all present, who ate it on the spot.”

Furthermore, we have this document captured during the war and authenticated in 1946 by the battalion commander, Major Matoba himself, regarding the treatment of eight American naval aviators captured in 1944. Incidentally, the ninth aviator – and the only man to survive the mission – was future President George H.W. Bush, who was lucky enough to be picked up by a nearby submarine before he could be captured:

I. The battalion wants to eat the flesh of the American aviator Lieutenant Hall.
II. First Lieutenant Kanamuri will see to the rationing of this flesh
III. Cadet Sakabe will attend the execution and have the liver and gall bladder removed.

Information about this practice became generally known among war crimes prosecutors after the surrender, but a sort of gentlemen’s agreement among the investigators prevented the release of these stories out of consideration of both the dead POWs’ families and the difficult reconciliation between the United States and occupied Japan.