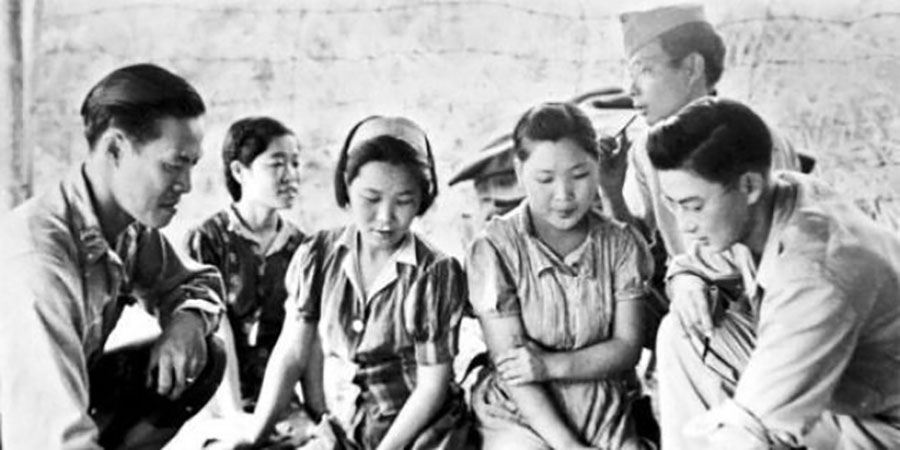 Though no punishments were ever handed down for crimes committed during the sack of Nanking, the Japanese High Command did take note of the international outrage and the disastrous turn of public opinion that their actions caused.

Thus, in order to prevent another mass rape, senior commanders ordered the establishment of special military brothels to cater to the men and help them keep their distance from the local women.

Female inmates of these facilities were usually drawn from occupied territories elsewhere and transported to remote locations to serve the troops. Some were lured with lies about easy work as domestic servants, while others were simply kidnapped.

Once they got to their destinations, the women were held as prisoners and could only leave with official permission. Soldiers got one day off a month to visit the “comfort women,” who were punished if they didn’t enthusiastically please their “customers.”

Comfort stations were attached to each large unit, and they moved with the front like MASH units. The captive women averaged around ages 16 to 21, though they were sometimes much younger.

As usual, sources disagree about how many victims were caught up in the program. Japanese historian Ikuhiko Hata has claimed that “only” 20,000 women were abducted in this way, while a joint project between the Chinese, Taiwanese, and Korean authorities places the number close to 400,000.

Many of the women, disgraced by what had happened and suffering from various injuries and venereal diseases, chose never to return home and instead lived out their lives in whichever demolished country the defeated Japanese forces had left them in at the end of the war.