In an attempt to find their identity, Jareth Nebula initially transitioned from female to male — but it didn't suffice. 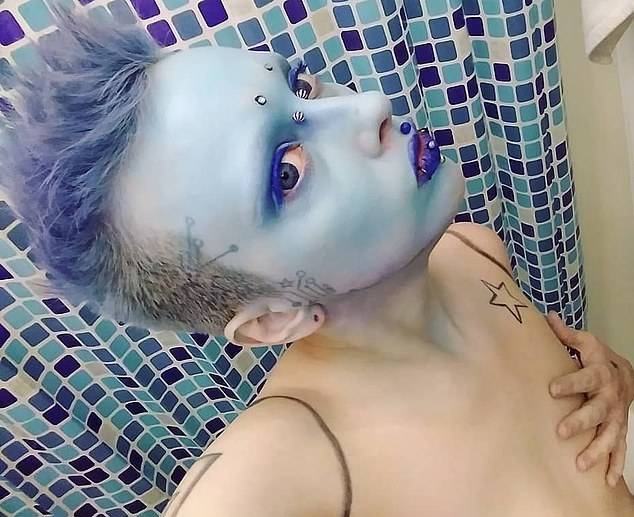 Instagram/Jareth_NebulaJareth Nebula posing in a bathroom.

The Washington native and barbershop receptionist was disappointed to find that their gender transition didn’t seem to fill that lifelong void which inspired them to go through with it in the first place, Daily Mail reported. Thus, Jareth decided to label themselves as an agender or genderless — and as an alien.

Agender means that Jareth is genderless or gender-neutral, as opposed to being gender-fluid, which refers to a person whose gender identity is not fixed, or a person who feels they could be a mix of both genders. This newfound identity was no mere intellectual move though, as it included Jareth to have their nipples removed, adorn their face with a swath of piercings, and wear an otherworldly layer of makeup to look “less human.”

“I don’t think or feel like humans,” said Jareth Nebula. “I can’t really explain it to others — I’m simply otherworldly. I didn’t feel comfortable as either gender or even anything in between. I know I’m stuck in a human form and that’s how I’m perceived by others — but to me, I’m an alien with no gender.” 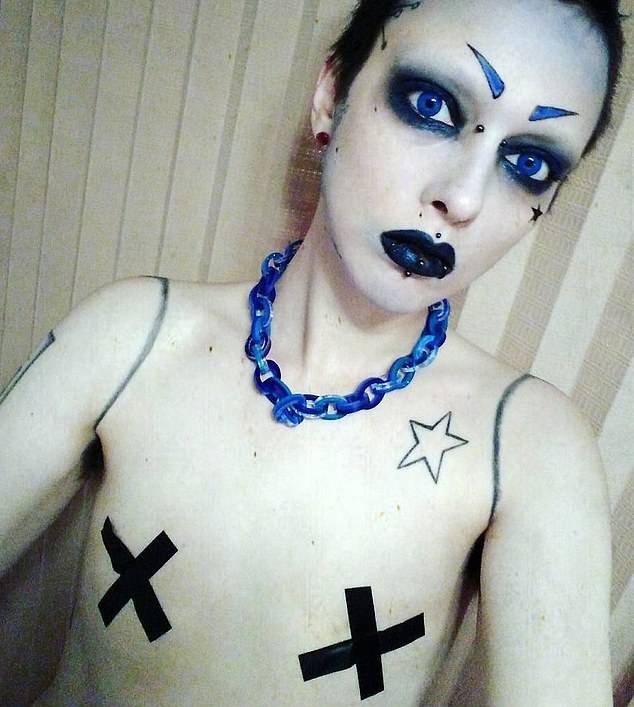 Instagram/Jareth_NebulaJareth Nebula with tape over their nipples.

Modern social acceptance of the LGBTQ community has generally come a long way: the Supreme Court legalized gay marriage in June 2015, and gay pride parades annually abound. Unfortunately, a lot of work remains to be done as a 2018 FBI report showed a heavy increase in reported hate crimes.

Jareth’s particular identity could rightfully come across as bizarre to even the most accepting members of society, though they don’t appear to have been inspired to transition by the fight against bigotry — but rather, by a disease Jareth was diagnosed with when they were 26.

Ehlers-Danlos syndrome (EDS) is a group of disorders that affect the connective tissue in skin, bones, and blood vessels. It can produce over-flexible joints, which Jareth said garnered them the nickname “Mr. Elastic” and “was a fun party trick” during their adolescence.

It was after this diagnosis that Jareth felt they were fundamentally different than other human beings. After being a “hyper-feminine female” who regularly modeled, Jareth began taking testosterone and got their breasts removed — but none of it went far enough.

“I thought being a trans man would solve all of my issues and inner battles with finding out who I was, but I wasn’t as happy as I expected to be,” said Jareth. “I felt like I was trying to fit into someone else’s box. I didn’t want to be constrained — that’s when I discovered what agender was.” 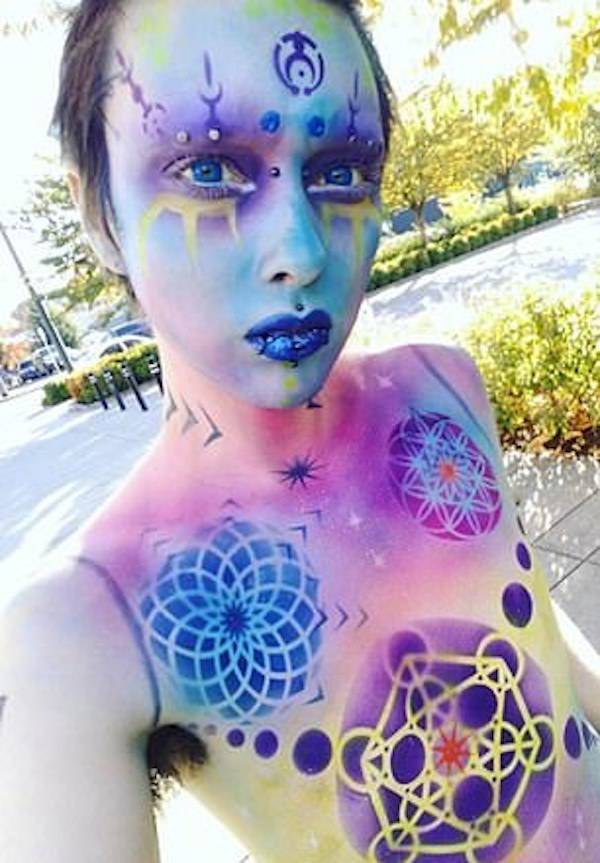 Instagram/Jareth_NebulaJareth Nebula with body paint and makeup on.

Jareth Nebula wears neon and pastels, has a penchant for contemporary Japanese pop culture, and routinely shaves off their eyebrows while wearing lip, septum, and nose bridge piercings.

“I’d always been obsessed with aliens, too, and what it means to be extraterrestrial, so the idea of being an agender alien fit perfectly as an identity for me,” said Jareth. “I don’t have nipples, as I had them removed during my top trans surgery.”

While none of us could possibly know what it means to be extraterrestrial, Jareth was entirely committed to finding out, and further removed themselves from either gender to do so. Their family completely supports the transition from female to male — but has found it difficult to see their child as an alien.

“My family still see me as a trans man, because they don’t understand what agender or alien really means,” said Jareth. “I have online friends who support me but offline is harder. Not everyone understands — but that’s ok. I don’t expect them to get it, I only want acceptance.” 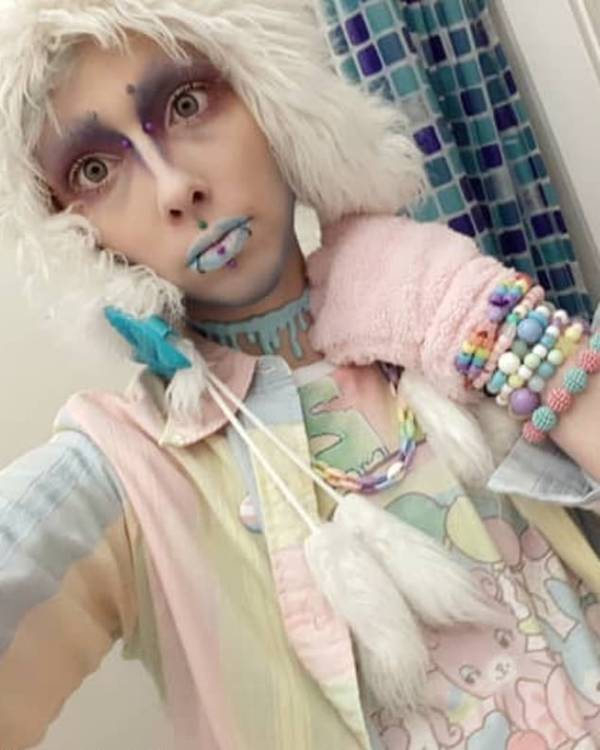 While the seeming majority of the United States would presumably have no problem accepting someone such as Jareth in their independent quest for purpose and identity, it’s difficult to pinpoint what exactly acceptance in this context means — besides physical or verbal attacks, of course.

Unfortunately, Jareth claimed that they’re frequently abused and attacked both on and offline.

“People treat me like a freak because I’m an alien, but it’s a completely valid thing to call yourself,” said Jareth. “Who is anyone to tell you who you can or can’t be? If someone wants to identify as anything, even an animal, let them.”

Jareth Nebula seems, by all accounts, as though their decision to think of themselves as an alien has improved their life.

“I feel sorry for people who attack me online,” they add. “I think they lack empathy and just want to target me, so I deal with it pretty well by brushing it off. I’m happy with who I am and will continue to become more alien-like every day.”

After reading about the female-to-male transgender who now identifies as a genderless alien, read about the transgender man who gave birth to a boy and responded to his haters. Then, learn about Canada being the world’s first nation to recognize a baby as genderless.