Jean McGuire has been fighting for equal opportunity in Boston for decades, and friends said her attacker "may have met the wrong person" that night, 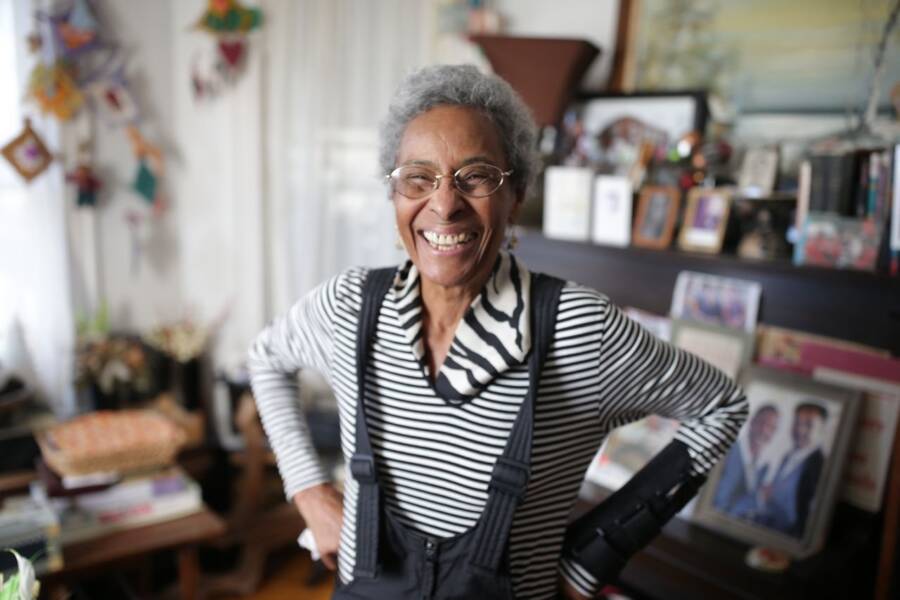 Jonathan Wiggs/The Boston Globe via Getty ImagesJean McGuire, a civil rights advocate and the first Black woman elected to the Boston School Committee, survived a stabbing after she and her dog, Bailey, fought off the attacker.

Ninety-one-year-old civil rights activist Jean McGuire was attacked in a Boston park while out walking her dog on October 11. Per reports, McGuire was stabbed several times — before fighting off her attacker, with the help of her dog.

McGuire and her eight-year-old Blue Weimaraner, Bailey, were taking an evening stroll in Franklin Park, near their home in the Roxbury neighborhood of Boston, CBS Boston reports. It was a nightly routine for McGuire, but on this particular night, around 8:30 p.m., an unknown individual approached McGuire and, in a seemly random attack, proceeded to stab her five times.

The Boston Globe reports that McGuire and Bailey managed to fight off the attacker.

As McGuire’s friend, Jeriline Brady Mcginnis, told the Globe, McGuire “attacked this guy. She was kicking him in the nuts while Bailey was working him over. And he tried to run, and the dog chased him. And [the attacker] disappeared out of sight… Bailey stood up for her.”

Shortly after the attack, passersby discovered an injured McGuire while leaving a nearby zoo, and called 911. McGuire was checked into the hospital and is now in stable condition. Mark Jackson, a friend of McGuire’s, told WGBH that McGuire was making calls from her hospital bed to be sure Bailey was safe.

“She’s tougher than most people,” Jackson said. “She’s not a lady who will go down easily.”

The news of the attack has shocked the Boston community, where McGuire is well known as a longtime advocate for access to high-quality education for all students. Per WGBH, she was the first Black woman elected to Boston School Committee and, in the 1960s, helped found the groundbreaking Metropolitan Council for Educational Opportunity, Inc. (METCO) program, a large-scale effort to desegregate Boston area schools by busing kids living in the city to suburban schools. McGuire acted as the program’s executive director for 43 years, before retiring in 2016. 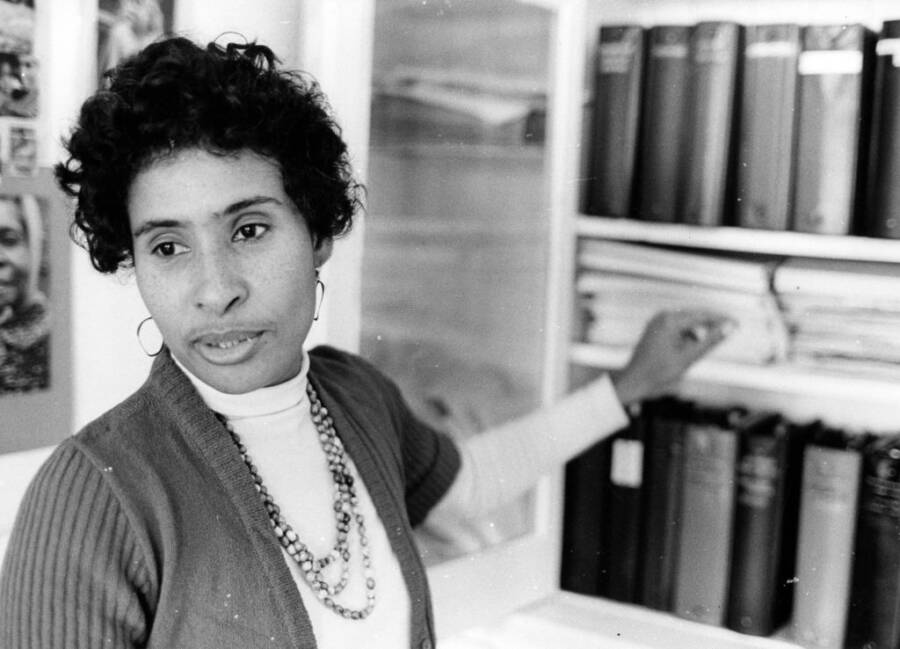 “Could her attacker have known that this fierce 91-year-old woman embodies the heart of commitment and initiative that made it possible for tens of thousands of children from Boston’s Black and Brown neighborhoods to have access to high-quality education and move on to better lives?” Arbaje-Thomas wrote. “Could that person have known that she dedicated her life to working for our community’s children, and all the people who struggle every day to gain access to the escalator of economic opportunity?”

McGuire also has a long legacy of personally mentoring students, and even welcoming them into her home. Jackson, who has worked odd jobs with METCO over the years, moved in with McGuire at the age of 15. He said McGuire has always been tough and independent, and even rejected his offers to chaperone her on her nightly walks.

“Knowing Jean, she would probably stand up for the person who stabbed her and suggest that maybe something went wrong in their life, maybe they needed something, or some service wasn’t provided,” Jackson added. “She wouldn’t support the behavior, but she might say that the person needed help.”

On Friday, McGuire issued a statement via her family, CBS Boston reports.

“We greatly appreciate the outpouring of love and support that we have received from people in the Greater Boston area, across Massachusetts, and around the world,” McGuire’s family wrote. “Jean has spent her entire professional life fighting for all families to have the best educational opportunities to achieve their dreams.”

They went on to quote McGuire “in her words”:

“We as a community can never forget that we need to stand together and continue working to empower our children through learning. We are at our best as a people; when it’s about ‘we’ not ‘me’. I love you all and I will see you soon.” 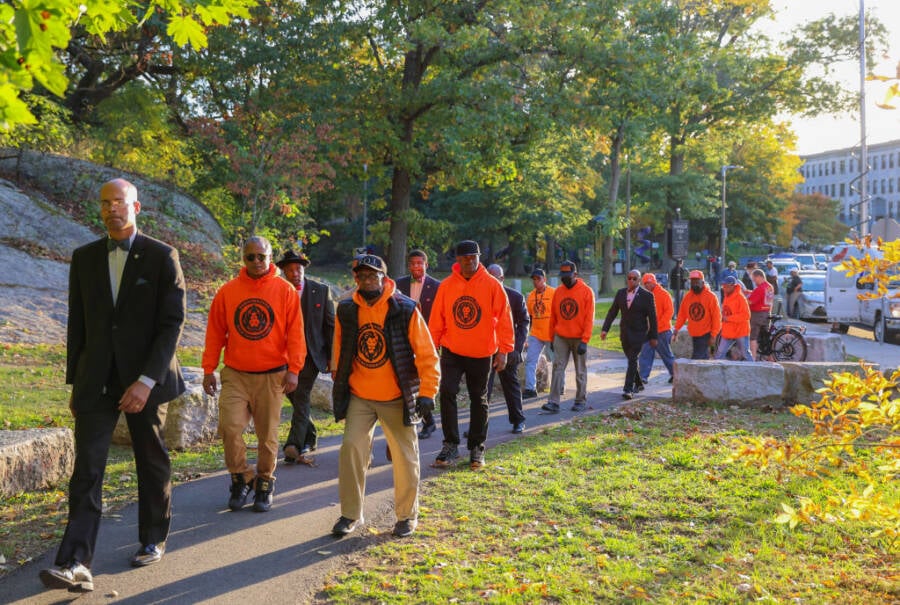 McGuire’s attack also sparked safety concerns in the Boston community. The previous Monday, WGBH reports, 14-year-old Rasante Osorio was killed in a shooting in Roxbury. In response to both attacks, about two dozen people gathered in Franklin Park on October 12, where Black community leaders called for the city to do more to address violence in the city.

“I’m certainly outraged,” said Kevin Hayden, Interim Suffolk District Attorney and a family friend of McGuire, according to the Globe. “I think we have to be at the point where we have an entire community that is equally as outraged and will not stand for this sort of random violence any further.”

As of Friday, there have been no arrests related to McGuire’s attack. WGBH reported that in a news conference on October 12, Hayden announced that Boston police were still looking for the attacker, and requested the public’s help.

McGuire is “as positive and vibrant and upbeat as anyone who knows Jean McGuire would expect her to be, even as she sits in that hospital bed,” Hayden said. “That is miraculous. That is powerful, that is amazing. Her attacker may have met the wrong person last night.”

After learning about Jean McGuire’s remarkable survival, read up on other civil rights leaders you may not have learned about in school, or learn about Balto, another heroic, life-saving dog.