The Disturbing Crimes Of Steven Brian Pennell, The Only Serial Killer In Delaware History

Steven Pennell became known as the "Route 40 Killer" after he abducted, tortured, and murdered at least three women between 1987 and 1988. 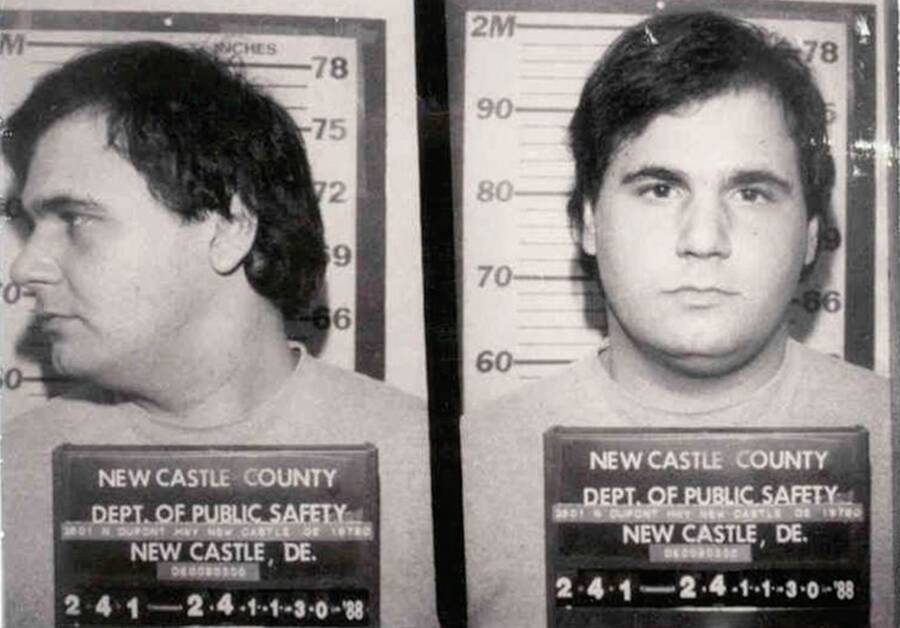 Steven Brian Pennell was both a sadistic killer and an enigma. Though married with two children and a seemingly “normal” electrician by day, Pennell drove Delaware’s Route 40 by night, torturing and killing five women throughout the late 1980s. The usually sedate state of Delaware was experiencing its first active serial killer.

In chasing the Route 40 killer, police would seek assistance from the FBI’s Behavioral Sciences Unit and create a huge task force to capture him. And although Steven Brian Pennell was stunningly brazen when hunting his victims, his beloved blue work van-turned-mobile torture chamber that would ultimately lead to his downfall.

Steven Brian Pennell was born on Nov. 22, 1957, in Wilmington, Delaware. In childhood, Pennell seemed a good, shy and timid kid, always helpful toward neighbors. He seemed fascinated by police work, often quizzing one of his police neighbors about his work when he arrived home in his cruiser.

By high school Pennell was up to six feet and known as a gentle giant. Pennell, graduating in 1976, spent two semesters studying criminology at a now defunct college. With a lifelong dream of becoming a police officer, he applied to the Wilmington Police cadet program but failed the physical testing.

Pennell became a qualified electrician in 1987. Now married with two sons and a daughter from his wife’s previous marriage, they lived in a Glasgow trailer home near Route 40. Generally considered a good family man, Pennell played sports with his children, gave neighboring kids rides to school — and even dressed as Santa Claus for the holidays.

In addition to his electrical jobs, Pennell worked part time as a bouncer. Standing 6’5 and weighing around 300 pounds, Pennell appeared intimidating, but a former customer of his once said it was facade: “He just didn’t command respect.”

Pennell’s career as an electrician was a dud, and he couldn’t hold down a job for very long. He ran up credit card bills which put a strain on his marriage, causing incidents of domestic violence. Pennell broke his wife’s arm once, which was never reported to the police.

Pennell Hunts For Victims Along Route 40 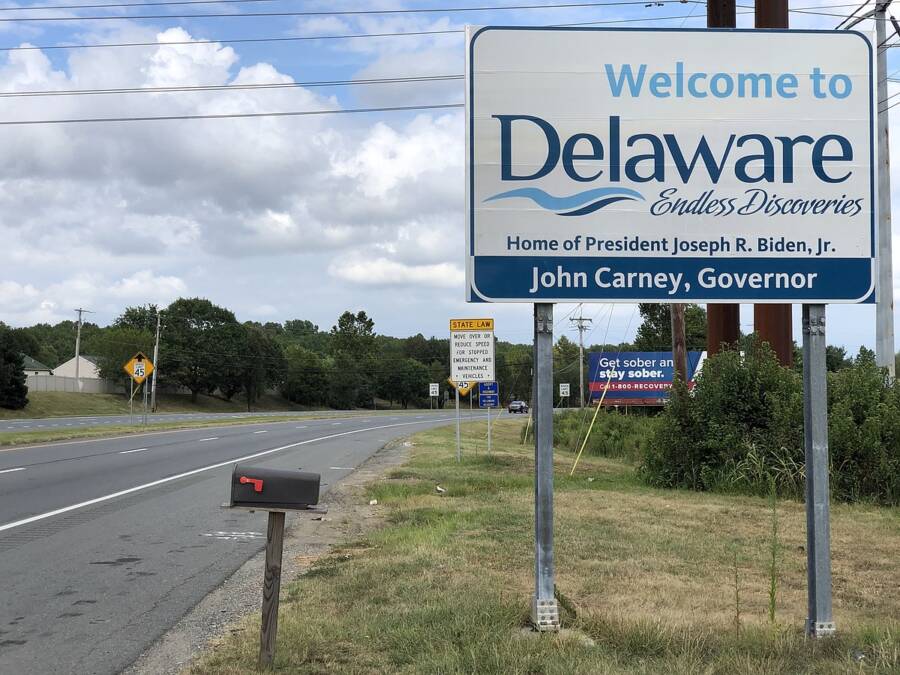 On the rainy night of Nov. 29, 1987, a couple driving through an industrial park in Newark, Delaware, thought they saw a mannequin at the side of the road. Instead, it was the beaten and mutilated body of Shirley A. Ellis. Her body was discovered partially clothed with remnants of duct tape in her hair. Ellis’ autopsy revealed she had been bound at the hands and feet and tortured with work tools before death, according to Delaware Today.

Ellis had been strangled and suffered repeated hammer blows to her head but had not been sexually assaulted. Ellis, previously a sex worker, had walked along Route 40 a few hours earlier, as part of the 14-mile route to Wilmington hospital. She was carrying a Thanksgiving food package for a patient staying there.

By June 1988, Steven Brian Pennell was suffering from insomnia and arguing regularly with his wife, so took long drives in his beloved blue Ford van. He favored routes along Routes 40 and 13, and returning home, he often crashed out on the couch, awoke in the early hours, and went out again.

On June 28, 1988, Catherine DiMauro was snatched from route 40 at around 11:30 p.m, according to Delaware Online. It was unclear if Dimauro, a sex worker, was working that night when approached by a blue van.

Her naked body was found the next morning on a construction site, bearing the same torture marks as Ellis. Once again there was no evidence of sexual assault; her body had been tortured and bludgeoned with work tools, and there was evidence of strangulation by ligature. There was one key difference between the victims, however: DiMauro was covered head to toe in blue carpet fibers.

Fearing a pattern, police consulted the FBI’s Behavioral Science Unit (BSU) with John E. Douglas creating a profile of the killer. He confirmed police’s worst fears, Delaware had its first serial killer. On August 22, sex worker Margaret Lynn Finner vanished from Route 13. Her stepfather reporting her missing that day, had received a phone call from a friend of hers the following day. Finner had been last seen getting into a blue Ford van.

With a depraved sexual sadist driving up and down Delaware highways, and the killer deriving his pleasure from the extreme pain he was subjecting his victims to, the FBI’s BSU recommended proactive tactics. To catch him, police would need to lure the killer. 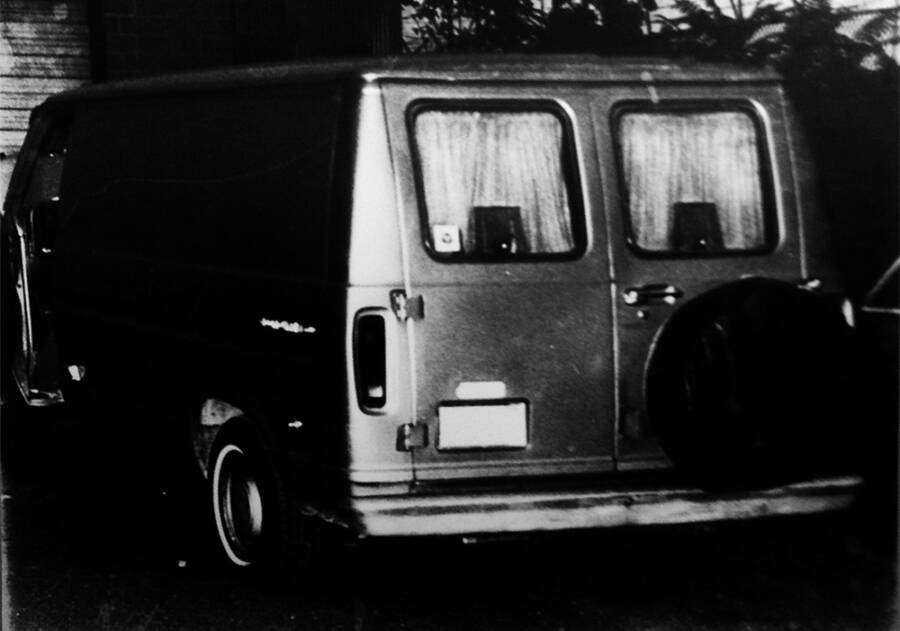 Delaware Department of JusticeSteven Pennell’s blue van, in which he tortured and killed his victims.

In July, police set up a decoy operation with female undercover officers posing as sex workers along Routes 40 and 13, hoping to catch a killer. Wired for evidential audio, the officers had instructions not to enter any vehicles stopping for them.

On September 10, Kathleen Meyer, was last seen alive hitchhiking along Route 40 around 9:30 p.m. An off-duty police officer, unaware of the ongoing decoy operation, saw her enter a blue Ford van. Suspicious enough to note the license plate, he didn’t share the information at the time — and Meyer’s body was never found.

The undercover team proactively drove her to a darker, more secluded area of Route 40, where the blue van drove past and finally stopped in front of her. The driver wanted her to get in, but instead she feigned interest in his van, asking him to turn on the interior light. Lano saw blue carpeting covering the van’s interior panels. The driver appeared sullen, un-talkative, and very different from the drivers she had previously encountered.

Thinking on her feet, Lano ran her hands along the passenger side doorjamb subtly grabbing a handful of blue fibers. After further discussions and excuses from Lano, the van driver left. Officers ran the vans license plate, RV 2059, and found it was registered to Steven Brian Pennell, a Delaware electrician. Pennell lived off Route 40 close to where the previous bodies had been found.

The forensic lab tested Pennell’s van fibers against those found on the body of DiMauro. Pennell was placed under surveillance, and on the night of September 18, was observed driving circuits of Routes 13 and 40. Pennell finally went back home, and when investigators observed the lights going out, they departed, thinking their suspect had gone to bed.

However, Pennell left later that night for another cruise along Route 40. Later that night witnesses reported sex worker Michelle Gordon getting into a blue van. Two days later, on September 20, Gordon’s nude, mutilated, and beaten body was discovered washed up on the rocks of the Chesapeake and Delaware Canal.

Police Link Steven Pennell To A Series Of Victims 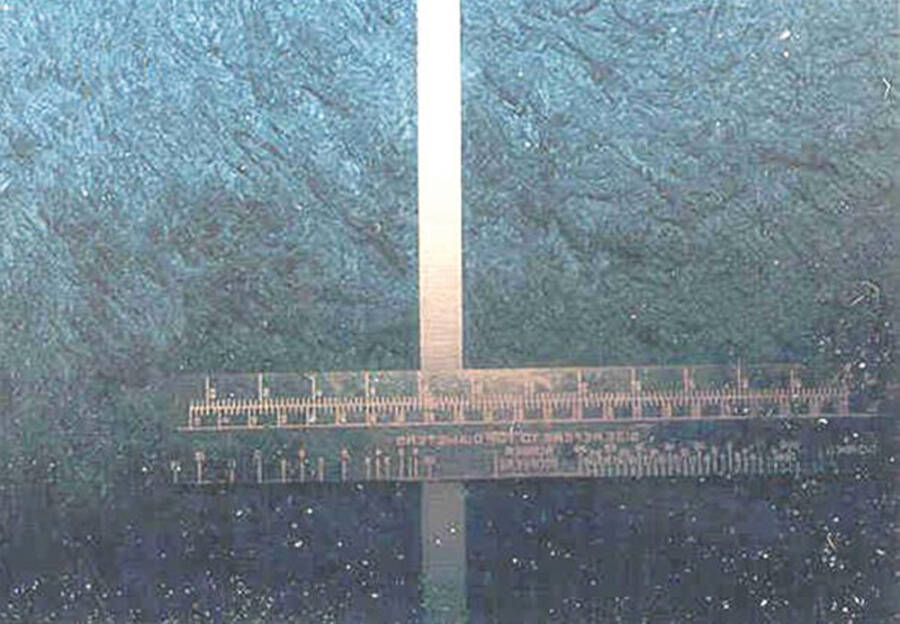 On September 24, the blue fibers between Steven Brian Pennell’s van and the second victim were a confirmed match. Police created a huge task force with an unlimited budget, and Pennell was placed under 24-hour surveillance. He was tailed by unmarked vehicles and air support as he made his late-night drives, continuously circling Routes 40 and 13.

Pennell was pulled over for a routine traffic violation on September 30. As he was taken to court to pay his fine, a listening device was installed in his van. Investigators took carpet fibers, fabric swatches and photos of the interior and exterior of his van. They saw that the van contained further disturbing evidence: pliers, a whip, handcuffs, needles, knives, and restraints.

The investigation continued, but Pennell, suspecting surveillance, now found the covert bug as he cleaned out his van. Following this, officers raided his home and further searched his van. On November 12, a hunter discovered skeletal remains near the canal, and the autopsy revealed it was Margaret Finner, missing since August 22. Pennell was arrested at his home for murder on Nov. 29, 1988 — exactly one year after he claimed his first victim.

On trial for three “serial murders” according to court records Pennell was convicted though his victims DNA blood and hair found inside his van, blue carpet fiber matches, and witness testimony. Pennell was found guilty of two murders, with the jury unable to find guilt for the third, and received two life sentences.

Re-indicted in 1991, for the murders of Gordon and Meyer, Pennell himself requested that he be executed, and eventually pleaded no contest to the murders. He never disclosed the location of Meyer’s body, and on March 14, 1992, the state executed Pennell via lethal injection.

Pennell purchased his van on June 3, 1988, installing the blue carpet following his first victim. Steven Brian Pennell’s decision to install the blue carpet led to fiber evidence that ultimately ended his terrifying spree of serial killing. Thanks to one tiny bit of evidence, the reign of one of modern history’s most disturbing predators finally came to an end.

After learning about Steven Pennell, read about Alaskan serial killer Robert Hansen. Then, learn about the mysterious “Chicago Strangler.”