The monkey is a capuchin named Gia and belongs to Danielle Thomas, who once performed pole dance routines with it under the name "Pole Assassin." 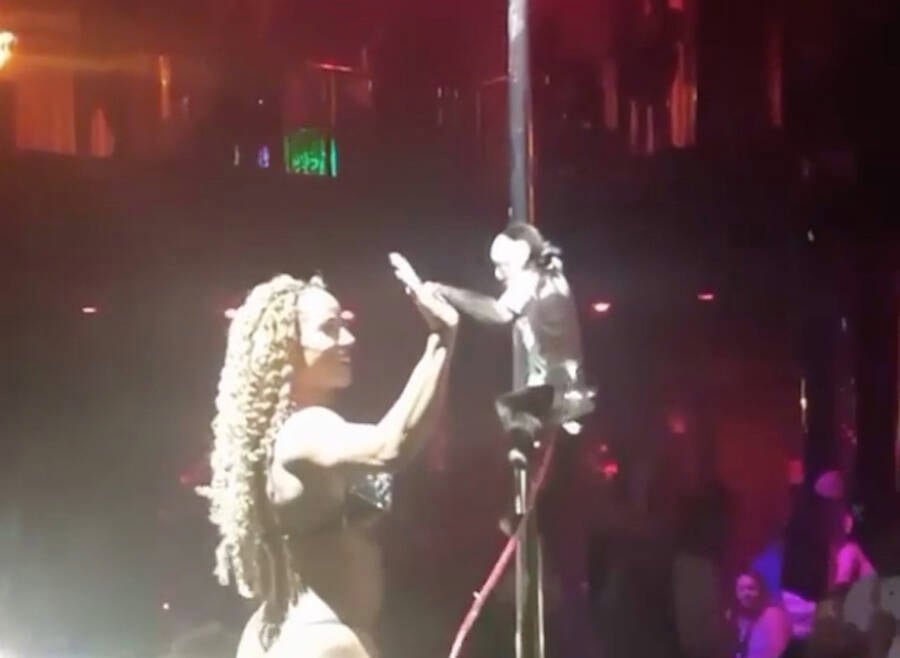 On the day after Halloween, a photographer in Texas posted a tweet with an eyebrow-raising scandal. He claimed that a monkey belonging to Texas Longhorns’ special teams coach Jeff Banks had viciously attacked a trick-or-treater on Halloween.

“The monkey’s jaws apparently had to be pried off the small child.”

In fact, the scandal was much more of a tongue-twister than Campbell had initially described.

The monkey, a white-faced capuchin named Gia, does not belong to Banks, but is owned by his girlfriend, a former stripper named Danielle Thomas, who used to go by the stage name “Pole Assassin.” Apparently, the biting incident happened during a haunted house at the couple’s home. 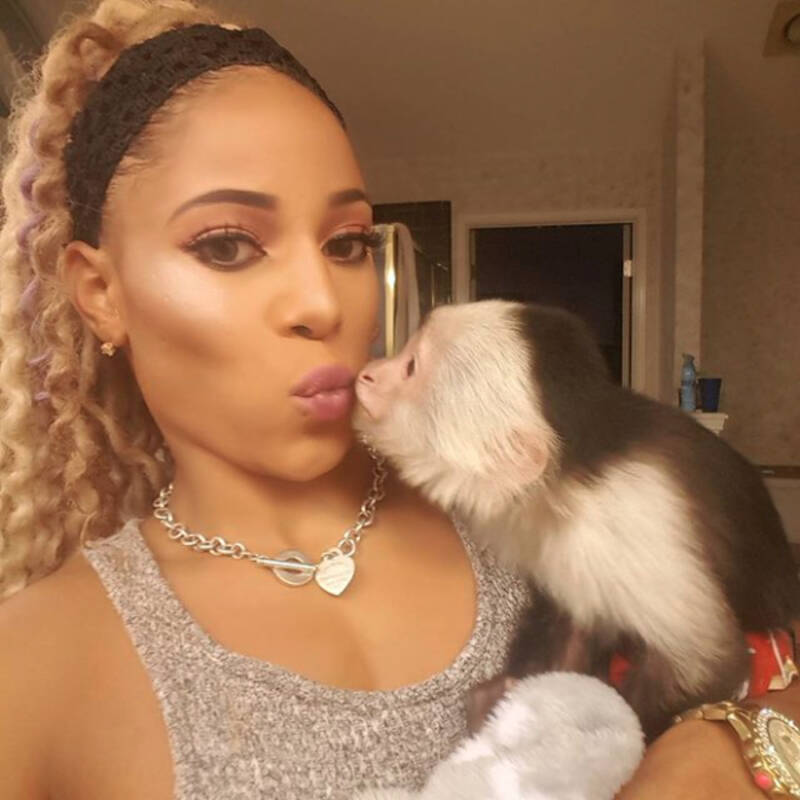 Monkey Gia/InstagramDanielle Thomas took to Twitter to say that the monkey was hers and did not belong to Texas Longhorns’ coach Jeff Banks.

Shortly after Campbell posted his tweet, Thomas seemed to confirm the story through a long series of tweets.

“People lie so much it’s ridiculous!” she tweeted. “Stop believing everything you hear! And more of what u see! SMH!”

She continued: “No one was viciously attack this is a lie, a whole lie! She was not apart of any haunted house, the kid did not have permission to be on the other side of my property!

“I had a haunted house on one side gated off/ he had no permission to go pass the gate i had no idea he went in my back yard. neither did i know anything about a bite ! Until a doctor of neighborhood told me the treat a small bite. No parent have contacted me about it ! 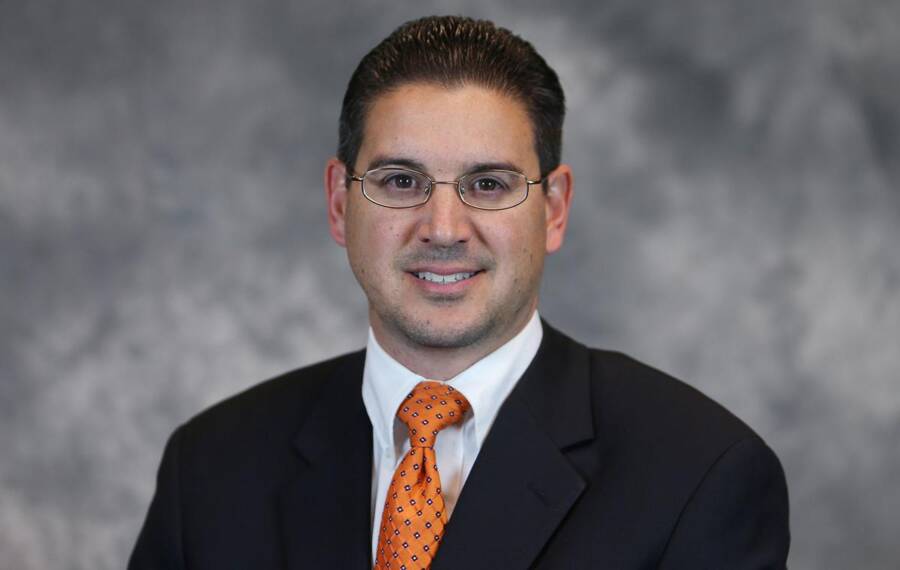 “A 11 /12 year old child should know better then to enter someone yard without permission and old enough to also follow the rules . The rules were when u get to the gate turn around and come back out for candy every other parent and child did so !”

Finally, Thomas said: “Proof ! Stop with the lies and this is my monkey not Jeffs , so why try and bash him for something that at has nothing to do with him !”

Before deleting her account, Thomas posted a video showing her backyard where the biting incident allegedly took place, including Gia the monkey’s “home.” Outside the monkey’s abode is a sign that reads, “Do not enter. Emotional support animals no touching.’

“I don’t even play when it comes to my animals and I know all the legal rules on them,” Thomas explained in the video. “How could she viciously bite someone if they don’t stick their hand in there where it don’t belong?”

In her vehement defense, however, Thomas seemed to fan the flames. Soon, “#MonkeyGate” started trending on Twitter.

Her boyfriend, Banks, is better known for football than monkey business. Considered a rising star in football, he’s currently the highest-paid coach of his kind in the country. Banks under contract to make $3 million over three years with the Longhorns.

Brobible reports that Banks has been dating Thomas since February 2017. She is famous in her own right — a former stripper with the stage name Pole Assassin, Thomas long performed with Gia, and even once appeared on Jerry Springer.

So far, however, Banks has stayed quiet on #MonkeyGate. Neither he nor the University of Texas has released an official statement about the biting incident, and Thomas’s Twitter account is still dark.

After reading about the monkey that attacked a trick-or-treater in Texas, discover the story of the man attacked by the same grizzly bear twice on the same day. Or, learn about Shawn Michael Hanke, a Texas firefighter accused of poisoning dogs and cats.