Jeff Lowe used to work alongside "Tiger King" Joe Exotic at the G.W. Zoo, but then he took it over — and helped land Exotic in prison.

Ever since the seven-part Netflix series Tiger King: Murder, Mayhem and Madness introduced us to the bizarre world of “exotic animal lovers,” we’ve had a hard time believing that any of it is real. In order to prove it to ourselves, we’ve taken a deeper dive into the lives of these strange characters, like the conman Jeff Lowe.

While Joe Exotic was the center of the series, it was also Lowe, his former associate-turned-enemy, that had viewers engaged.

For one thing, the man was a walking contradiction. Viewers were quick to note that Jeff Lowe didn’t look and sound like the kind of man who drove a Ferrari, flew private, and lived in a sprawling mansion. And if he was, why did Jeff Lowe and Joe Exotic team up to drive attractive women around Vegas to play with baby tigers?

Lowe made his character clear, though, when he seamlessly stole Exotic’s livelihood right out from under him. 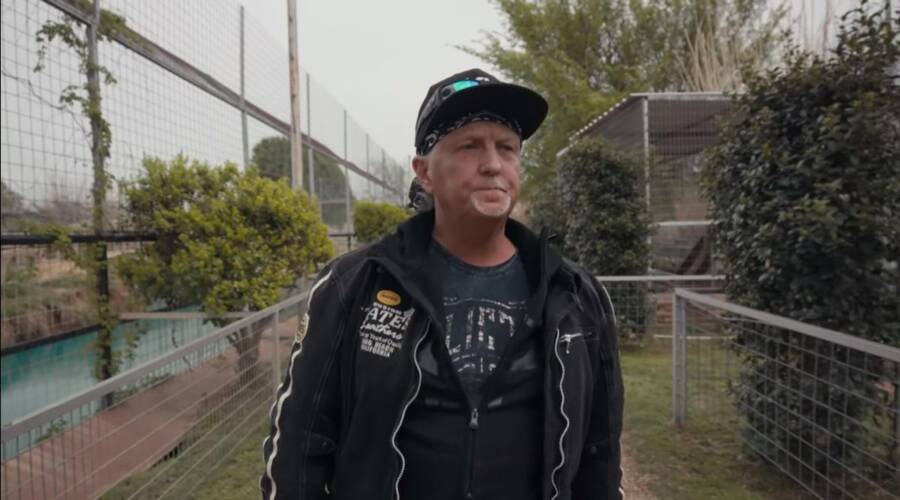 NetflixJeff Lowe emerged as one of the show’s most fascinating characters.

After stepping in as a benefactor to help Exotic revive his failing sanctuary, Lowe managed to shift the ownership of the entire operation over to himself.

Perhaps it came as no shock that Lowe was also revealed to be a petty criminal in addition to being a player and a conman, but his potential involvement in an obscene murder-for-hire plot surprised everyone.

Who Is Jeff Lowe, The Man Who Took Over Joe Exotic’s Operation?

Lowe was born to Janice and Jerry Lee Lowe in the 1960s and grew up southeast of DeWitt, Michigan. After graduating from Eastern High School in Lansing in 1982, Lowe tumbled into the big cat world. 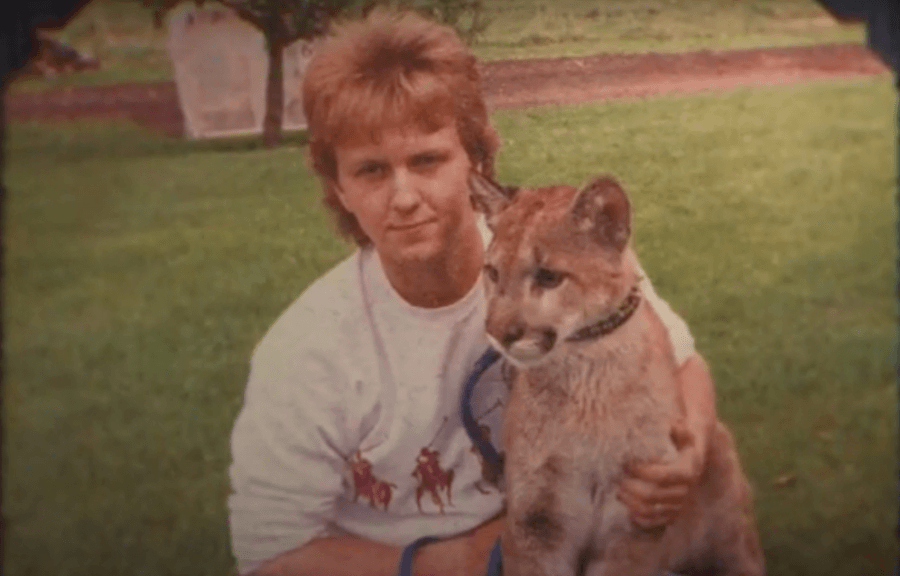 In 1988, Lowe’s cougar Rambo escaped and killed a neighbor’s dog. The Clinton County Sheriff’s Office had to shoot and kill the 150-pound big cat with Lowe’s permission.

“He could have been let out or he could have busted out,” said Lowe at the time. “He had always been very content to stay in that cage.”

Lowe himself was mauled by another cougar less than a year later in August 1989. The 24-year-old was cougar-sitting for a friend and ultimately needed 40 stitches for his injuries. His first wife, Kathy, who Lowe later “beat up and strangled” — made sure they got rid of the animal afterward.

In 1990, Lowe requested permission to keep a 325-pound lion named Rajah in his home. Cougars were out of the question because his cougar-related fiasco resulted in a Clinton County policy requiring people to obtain special permits in order to keep exotic animals in their homes. The township was amenable to Lowe’s request — until the lion escaped.

“The lion got loose and everybody was like, ‘Are you kidding me, you can just have a lion?'” Charles Sherman, the Clinton County prosecutor recalled.

It was this type of demeanor, the railing against authority, that attracted Joe Exotic to Lowe in the first place. Of course, the fact that Lowe allegedly had multimillions to buy his drowning animal sanctuary also helped. Alas, Lowe was not the savior Exotic had hoped he’d be.

Inside Jeff Lowe’s Troubled Relationship With The “Tiger King”

Even before Jeff Lowe and Joe Exotic met, Lowe already had a storied criminal past. 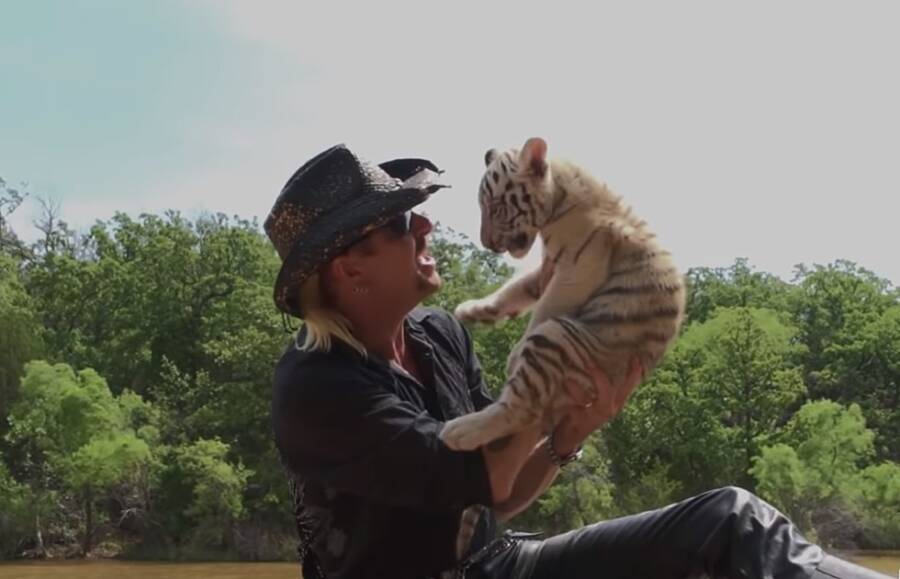 NetflixJoe Exotic and Jeff Lowe initially seemed like two peas in a pod.

In 2007, Lowe was sued by Prince for allegedly selling clothes with the singer’s trademarked symbol on them. Lowe purportedly claimed at the time that he worked for Prince, though Dale Atkins of the singer’s legal team graciously disagreed.

“I’m not gonna call him a liar, but based on any information I have, he never worked for Prince — unless you can call getting sued working for him,” said Atkins.

The following year, Lowe pleaded guilty to federal mail fraud after claiming to work for the Citizens Opposed to Domestic Abuse charity. Lowe had tried to obtain $1 million worth of merchandise to later resell.

In 2015 — the same year he met the Tiger King — Lowe was found not guilty after he brought several big cats to a public gathering amongst civilians.

Meanwhile, Lowe was making the bulk of his cash by offering private rides with tiger cubs to Las Vegas tourists. Lowe operated a party bus that would pick up high-paying customers and drive them along the Las Vegas Strip, all while playing with big cat cubs. 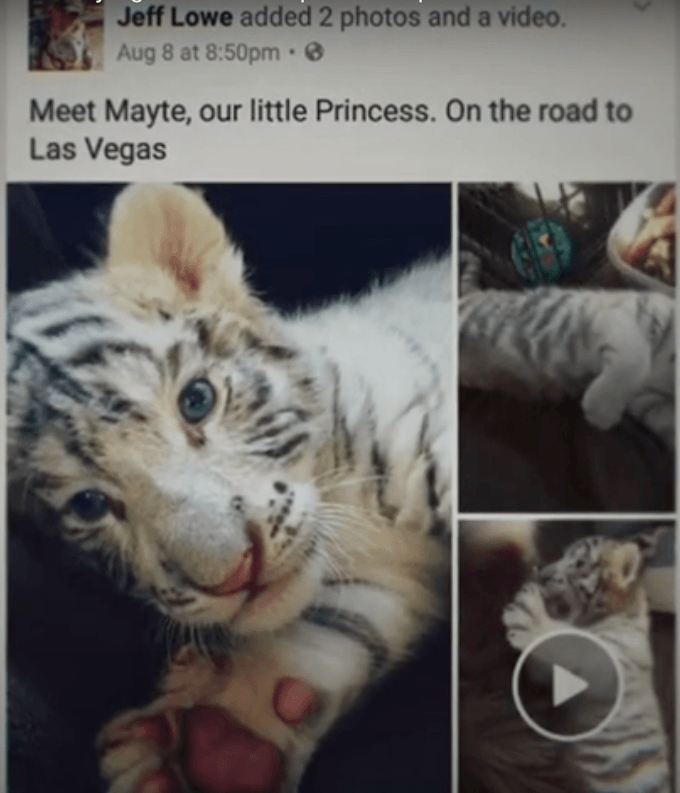 Sadly, tigers Lowe touted around with him through Vegas were suffering from diarrhea, urinary tract infections, Giardia, and malnutrition

Eventually, that venture came to legal blows too, he failed, and after Lowe was arrested for these activities, he paid $10,000 in restitution and headed to Oklahoma where he convinced Joe Exotic that he was a multimillionaire that could save his ailing sanctuary.

Exotic was saddled with a $1 million judgment following a lawsuit against competitor Carole Baskin. Baskin had sued Exotic for trademark infringement — a case he ultimately lost — and Lowe swooped into Exotic’s life as though he were the answer to all his financial prayers.

Lowe courted Exotic by taking him to the mansion he lived in, letting him sit in all the sports cars he kept at his house, and generally touting him around in his flashy lifestyle. When Lowe suggested he take over ownership of G.W. Zoo in order to save the park, Exotic signed the papers.

Jeff Lowe’s Role In The Attempted Murder Of Carole Baskin

Meanwhile, Exotic had struck up a friendship with a local business owner named James Garretson whose dealings were as shady as his friendship was honest.

Exotic had turned to Garretson to help him organize the murder of his competitor Carole Baskin. Unfortunately for Exotic, however, Garretson was actually an informant for the FBI. 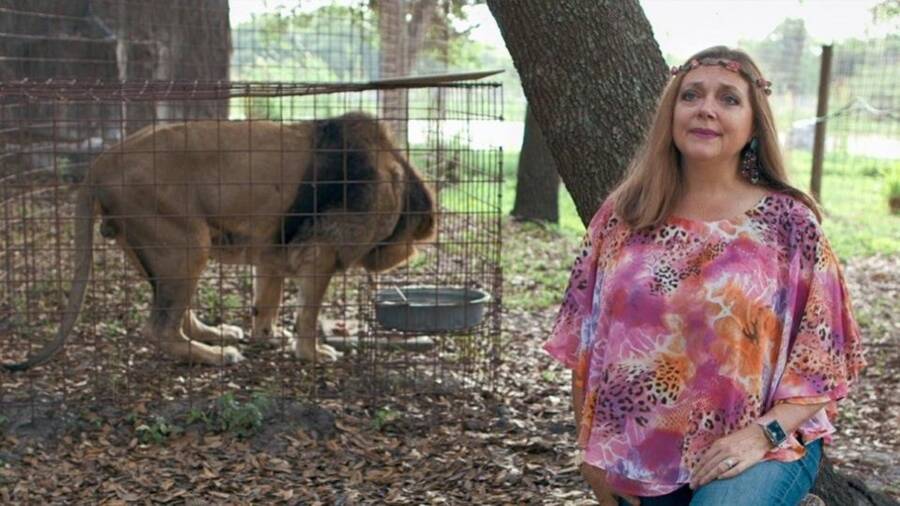 “In late August, James Garretson stopped by Joe’s office, where Lowe pulled up a map on a computer that detailed Baskin’s property in Tampa,” Texas Monthly reported. “He started showing me easy ways to kill her,” added Garretson.

But it was allegedly Lowe who first showed Exotic Baskin’s regular bike paths and the images of her home. Garretson also said that Lowe told him to call Baskin and inquire if she wanted to buy G.W. Zoo behind Exotic’s back — and that if he could get her to agree, then he’d pay Garretson $100,000. 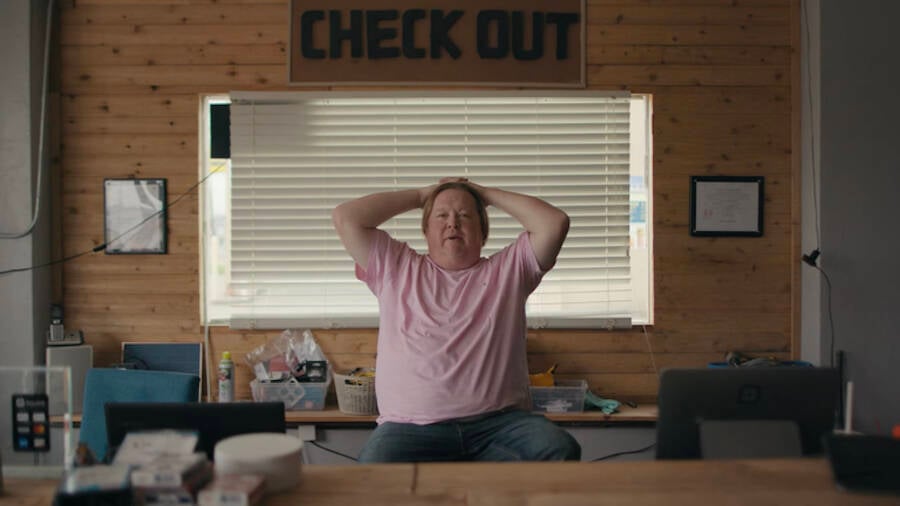 NetflixThough Garretson, who served as a federal informant against Exotic, said Lowe “started showing me easy ways to kill [Baskin],” Lowe was never called to testify in Exotic’s trial.

Though the plan failed and Exotic was sentenced to 22 years in federal prison as a result, Lowe was never called to testify. He’s consistently denied any involvement in the plot too, despite the fact that among the total $94 million lawsuits Exotic has filed against numerous citizens included Lowe.

But as the documentary explained, Lowe had collaborated with federal authorities to protect himself and provided officials with enough evidence to put Exotic behind bars. In the end, Lowe got away as the sole owner of the zoo — with promising plans to build another one.

Where Are Jeff Lowe And His Wife Lauren Now?

After finishing the series, you’re likely wondering what happened to Jeff Lowe and all the other crooks that got called out. According to Lowe and his wife Lauren, they aren’t too bothered by their portrayal on Netflix, stating, “all in all it’s not bad.” 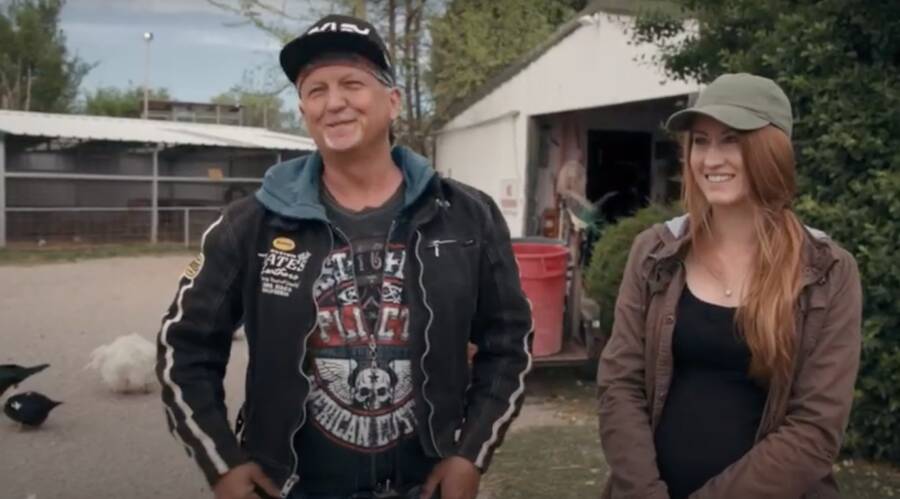 NetflixJeff Lowe and his wife, Lauren.

“He made us look like sluts, but it’s really helping us get laid,” he added. “It worked out okay that way.”

As it stands, Lowe has wasted no time in developing a new business venture with yet another Tiger King personality, Tim Stark. Though the two planned on building a new zoo on the Texas border together, the relationship quickly soured, which Exotic claimed from prison wasn’t a surprise.

Stark said that he’d done all the preparatory work for their venture and acted “as his bitch.” Lowe simply used him to foot most of the expenses before Lowe gave him the boot. In a since-deleted Facebook post, Lowe arrogantly patted himself on the back while kicking his former friends under the bus.

“I will always believe that our biggest contribution to the animal kingdom was helping the feds take down monsters like Joe Exotic and Tim Stark,” he wrote.

Following the show, however, Lowe has had a number of legal troubles. He and his wife were arrested for DUIs in June 2021 and Lowe was evicted from Tiger King Park in October 2021, allegedly because of unpaid rent and other damages.

That said, Jeff Lowe is set to appear on season two of Tiger King, which will premiere on Nov. 17.