On August 7, 1985, Jeremy Nevill Bamber entered his parents' home at White House Farm in England and murdered everyone inside — before calling the police and pinning it all on his sister. 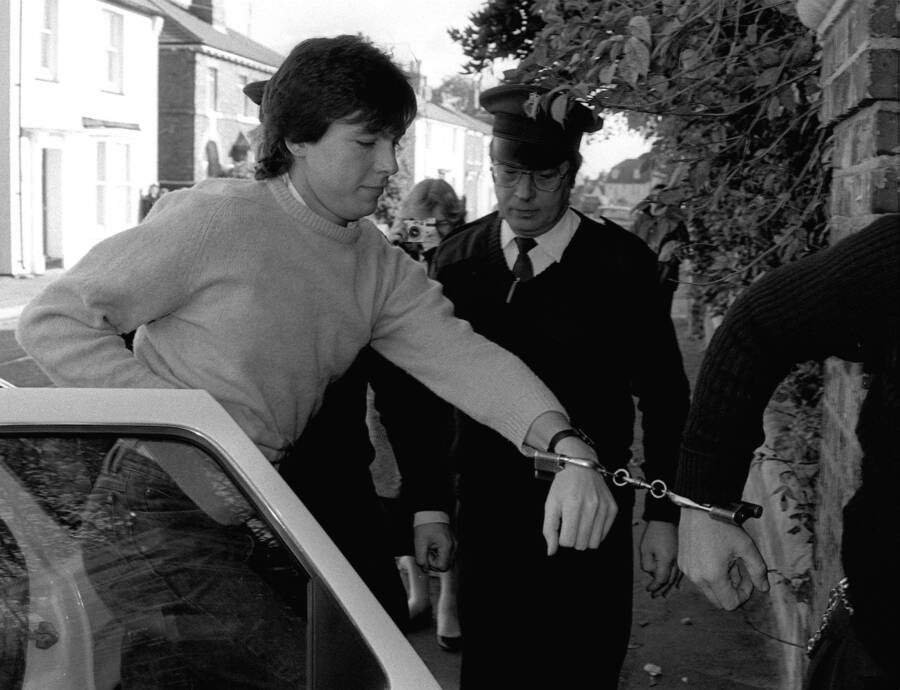 PA Images via Getty ImagesJeremy Bamber was jailed for life in 1986 after being convicted of shooting dead his mother, father, sister and twin nephews at the family farmhouse in Tolleshunt D’Arcy, Essex.

Jeremy Bamber was convicted of one of the most heinous mass murders sprees in modern British history. In August 1985, he brutally killed his parents, Nevill and June Bamber, and his sister and twin nephews at their White House Farm estate in Essex, England.

Jeremy, who was the couple’s adopted son, is currently one of only 75 inmates serving a life sentence in the United Kingdom.

Yet, despite the seemingly irrefutable evidence against him, Bamber still insists he’s innocent. And to this day, his legal teams continue to challenge his conviction.

This is the tragic true story of the White House Farm murders. 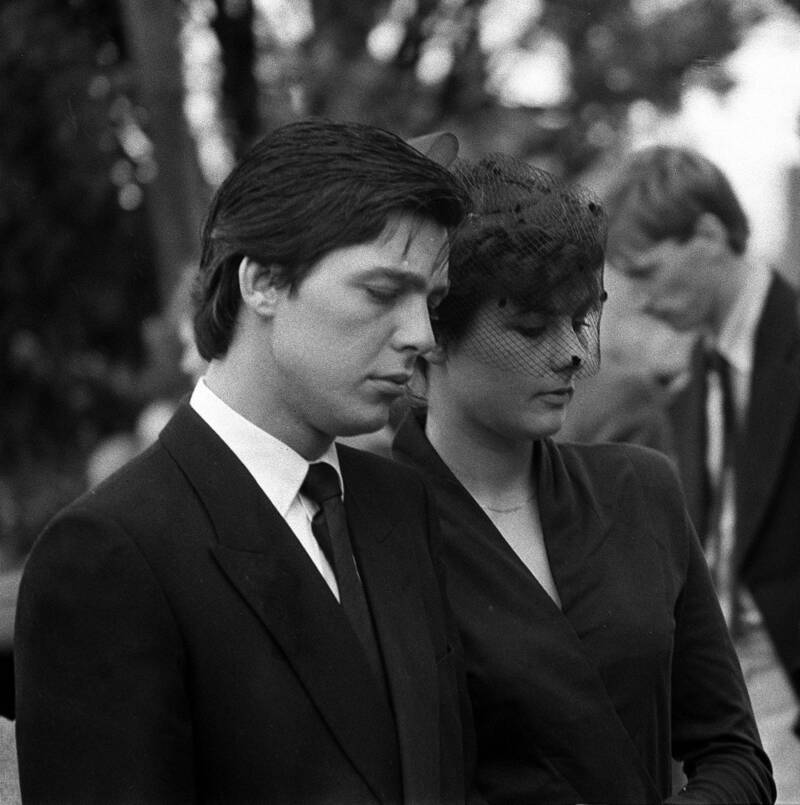 PA Images via Getty ImagesJeremy Bamber and girlfriend Julie Mugford at the funeral of three members of his family a year before he was convicted of their murders.

Born Jeremy Paul Marsham in London, Jeremy Bamber was the product of an affair between Juliet Dorothy Wheeler, a vicar’s daughter, and a British Army sergeant major named Leslie Brian Marsham. The pair gave their child up for adoption when he was still a baby, and the Bambers adopted him by the time he was six months old.

The Bambers were like many other adoptive families: though wealthy, they could not have children of their own and had adopted a daughter they named Sheila four years before adopting Jeremy. But whereas the Bambers took great pride in Sheila, they were disappointed in Jeremy.

For starters, Jeremy Bamber had sexual relationships with both men and women in his youth, which they disapproved of. Then, he left high school with no qualifications and shipped off to Australia in order to find himself in 1978.

Instead, he engaged in petty theft, once breaking into a jewelry shop and stealing watches. He also may have begun dealing heroin before finally returning to England, where he worked menial jobs. By 1985, the year of the murders, he had returned to work on his family farm.

One week before the murders, Bamber reportedly trashed and robbed the family business at Osea Road Caravan Park. 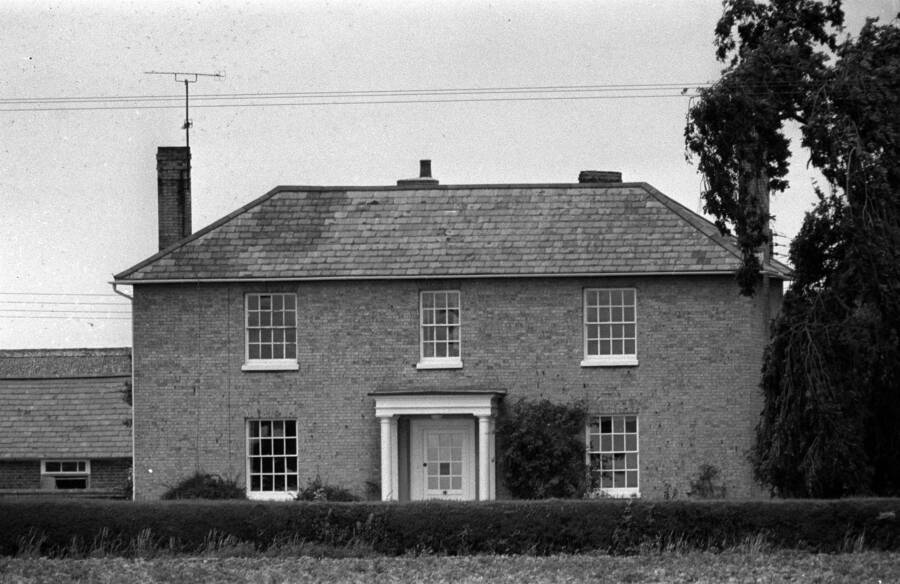 Photo by PA Images via Getty ImagesThe Essex farmhouse at Tolleshunt D’Arcy near Maldon where Jeremy Bamber shot his family.

Around 3 a.m. on August 7, 1985, Jeremy Bamber called the police to inform them that his entire family — his father, Nevill; his mother, June; his sister, Sheila; and Sheila’s six-year-old twin boys — were shot to death at the White House Farm.

Bamber told the police that his sister had “gone crazy and has the gun,” and they initially believed him. At the time, Sheila — a model who went by the professional name of “Bambi” — had just been diagnosed with schizophrenia, and police believed she’d murdered her entire family before turning the gun on herself.

But, in the subsequent days, Bamber’s ex-girlfriend revealed to police that he’d been plotting their massacre. This, combined with the discovery of a silencer that contained Sheila’s blood, prompted the police to arrest Jeremy Bamber for the murder of his family so he could inherit their estate worth more than $500,000.

According to prosecutors, his actions after the murders were indicative of his truly devious nature: he had his mother’s beloved dog put down, he sold anything that had even a remote value in the home, and even tried to sell a topless photo of his sister to the tabloid newspapers.

On October 28, 1986, a jury found 10-2 in favor of the prosecution. Jeremy Bamber was sentenced to five life sentences, with a recommendation that he serve a minimum of twenty-five years.

But the story was just getting started.

Jeremy Bamber And Requests For a New Trial

Jeremy Bamber’s birth parents were only told of his true identity after his conviction — and by then, the pair were married and working at Buckingham Palace, under the charge of Queen Elizabeth II.

In January 2020, ITV in Britain broadcast a television miniseries called White House Farm, which was based on the events on that fateful day in 1986 and starred the ex-girlfriend of Prince Harry. These links to the British monarchy marked just the beginning of the strange turns that this case would take. 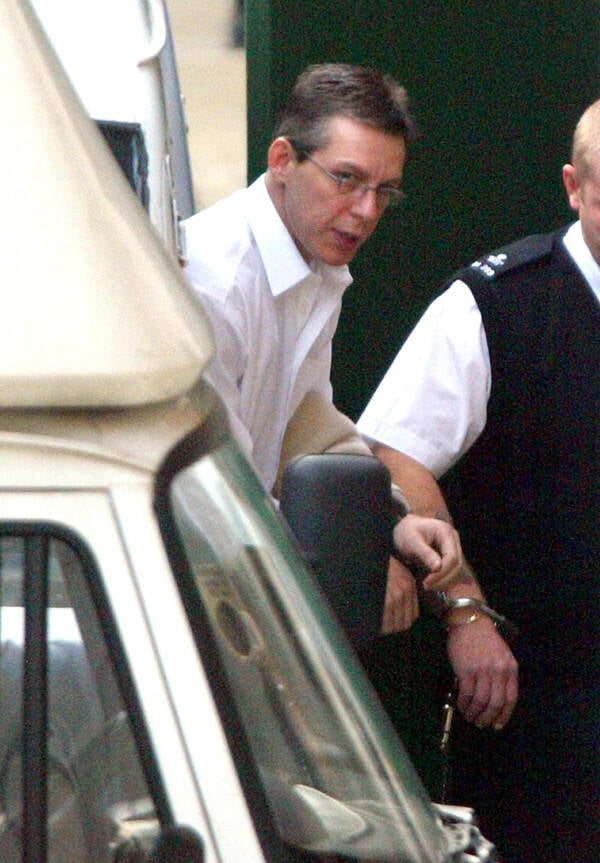 Michael Stephens/PA Images via Getty ImagesJeremy Bamber at the Court of Appeal in London, 2002.

In February 2021, investigator Mark Williams-Thomas — who helped uncover the sex crimes of former British television host Jimmy Savile — told The Daily Mail that he believed Jeremy Bamber was innocent, and there was “irrefutable proof” that his sister, Sheila, was the true culprit of the horrific crimes.

“I don’t believe Jeremy Bamber murdered his family – I think his sister Sheila Caffell did it and then took her own life,” he said. “There isn’t any one way of behaving in that situation. Sometimes people laugh out of nerves and shock.”

This assessment of Bamber’s innocence is reinforced by filmmaker Louis Theroux, who created a documentary about the White House Farm murder, and told Sky News that he also believes Jeremy Bamber is innocent.

“There are things that are quite hard to explain on both sides. There was no forensic evidence of his presence at the farm, which is kind of extraordinary. There are a lot of prominent journalists who would say they would feel Bamber is innocent. It’s not by any means a kind of fringe belief.”

And to this day, Jeremy Bamber continues to maintain his innocence. In 2004, he filed a lawsuit with the British High Court that argued he was still entitled to his parents’ estate as the sole surviving member of the family. The lawsuit was denied.

His last attempt at getting a new trial was in 2013, but he was unsuccessful, though his lawyers have filed a new appeal as of March 2021. Despite protestations to the contrary, Bamber remains in prison today, where he is classified as a Category A criminal — the most dangerous in Britain.

After reading about Jeremy Bamber and the White House Farm murders, learn about Nikko Jenkins and his grisly murder spree to please an ancient Egyptian serpent god. Then, read the curious case of Jeremy Delle, whose classroom suicide inspired the Pearl Jam song “Jeremy.”