Jeremy Lee Pauley allegedly paid around $4,000 for a collection of body parts stolen from an Arkansas mortuary — including half a human head. 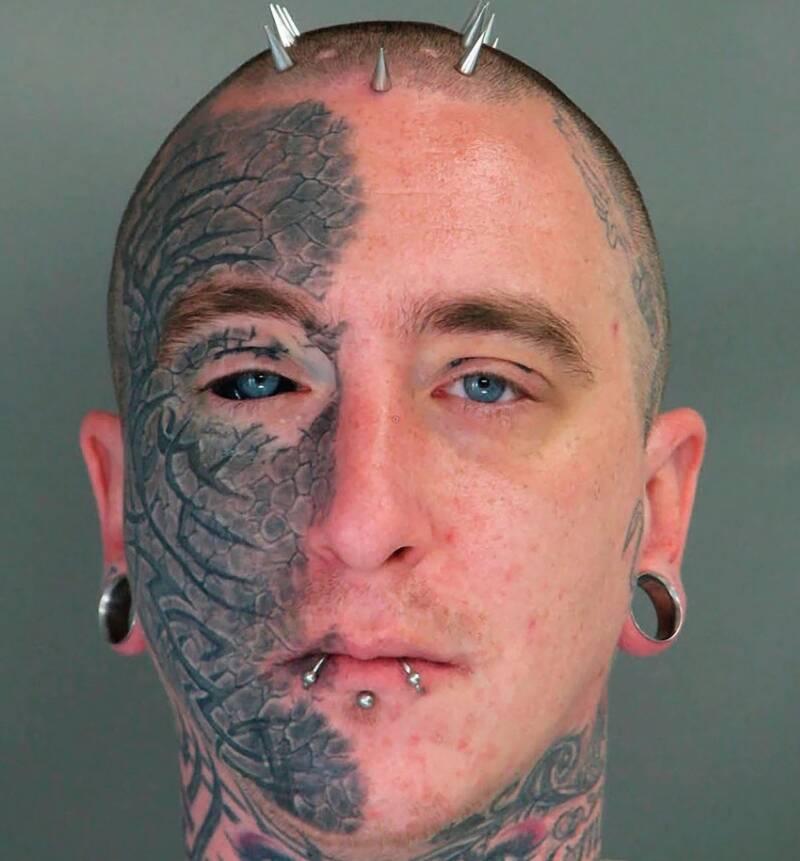 Jeremy Lee Pauley never hid his interests. On Facebook, the 40-year-old Enola, Pennsylvania, man maintained a page where he displayed human body parts for sale. But now, his macabre fascinations have gotten him into trouble. Police say that some of the body parts that Pauley intended to sell were actually stolen from an Arkansas mortuary.

According to CBS, police originally investigated Pauley after receiving a tip about body parts. During a search of his home, they found full skeletons — but determined that Pauley, as he claimed at the time, had obtained the skeletons legally.

However, a second tip brought police back to Pauley’s home. And this time, investigators found more body parts that they determined had been acquired illegally. Stored in buckets, they included two brains, human skin and fat, a heart, a kidney, livers, lungs, a trachea, and a child’s mandible with teeth, according to the New York Post.

Investigators were able to intercept more contraband body parts that an Arkansas mortuary employee had sent Pauley in the mail.

The body parts in question had been meant for donation to the University of Arkansas for Medical Sciences (UAMS), before they were stolen from Arkansas Central Mortuary Services by the employee, and sold online. According to the police, Pauley paid $4,000 to the employee through Facebook Messenger and intended to resell the human remains.

“This is one of the most bizarre investigations I have encountered in my 33 years as a prosecutor. I think I’ve seen it all, and then something like this comes around,” said Sean McCormack, district attorney for Cumberland County, Pennsylvania, according to CBS.

He added: “The question we had to answer was, is the sale of body parts or bones and remains illegal … or legal? Some of it, to our surprise, was legal. And as the investigation went on, it became clear there was illegal activity going on as well.” 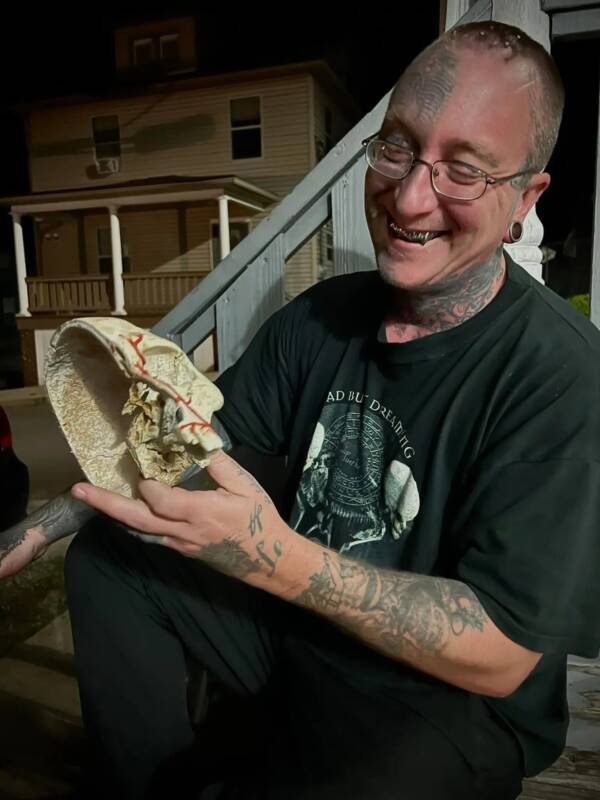 Jeremy Lee Pauley/FacebookJeremy Pauley smiles as he looks at a skull.

According to the New York Post, Pauley was arrested on July 22 and charged with abuse of a corpse, receiving stolen property, and dealing in proceeds of unlawful activities. CBS additionally reports that he was released on a $50,000 bond.

Macabre as it is, Pauley appears to run a thriving business. The self-described “collector of oddities” maintains a page on Facebook called the “The Grand Wunderkammer,” where he displays photos of human femurs, vertebrae, clavicles, ribs, and human teeth — all for sale.

The New York Post reports that Pauley continued to maintain the page even after his arrest in July. On August 7, he posted a photo of a human pelvis and vertebrae, writing: “*EDIT* Pelvis sold! Antique articulated pelvis with sacrum and five vertebrae. Lots of 25 scapula, all with original catalog numbers. PM to claim.”

Pauley, who also describes himself as a “human blood artist,” has spoken to the press about making art out of human blood, according to the New York Post. “I draw a vial or two and then freeze it until I can paint,” he said in 2014. He’s painted portraits of movie villain Freddy Krueger, as well as real-life serial killers Ted Bundy and Jeffrey Dahmer. 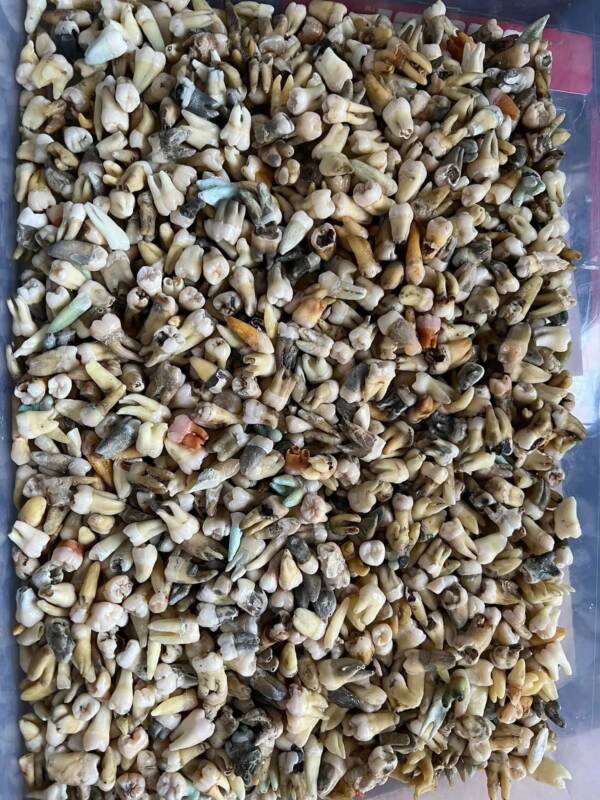 For now, no charges have been filed against the Arkansas mortuary employee who sold the body parts to Pauley, identified by the New York Post as Candace Scott, pending an ongoing investigation.

“An employee of the mortuary service is under investigation by federal authorities for taking some human remains from the mortuary that were donated to UAMS. We are saddened and appalled that this happened,” the university said in a statement reported by CBS.

UAMS spokeswoman Leslie Taylor added: “We are very respectful of those who donate their bodies, and we are appalled that such a thing could happen.”

After reading about the man who allegedly bought and tried to sell stolen body parts, discover the story of Ed Gein, the killer who used body parts to make furniture. Or, see how a man “sold” his girlfriend on Ebay as a prank — and got $119,000 in bids.