Pom Pam was hauling logs on a rubber plantation when he suddenly killed his handler in a violent rampage. 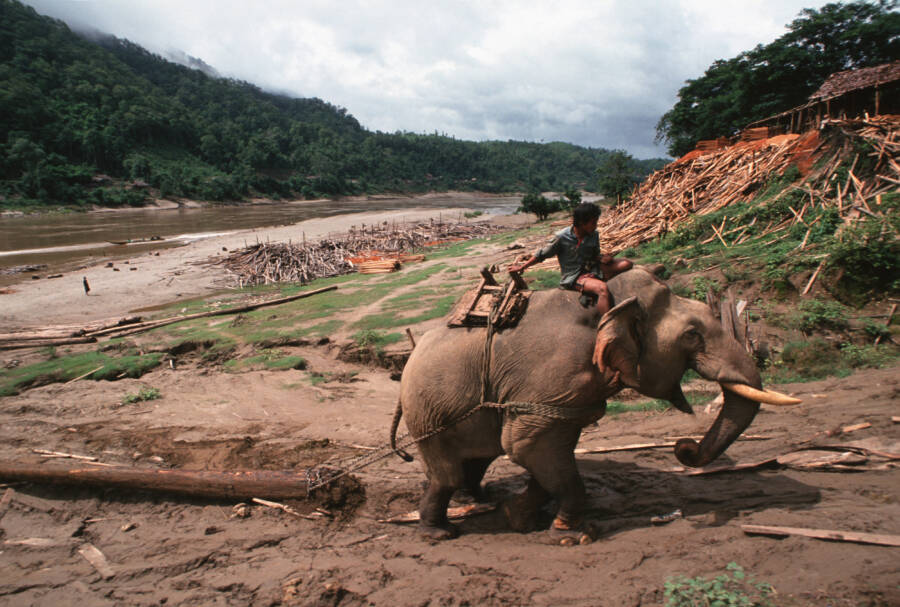 Peter Charlesworth/Getty ImagesAsian elephants are routinely put through hard labor and grueling circumstances in both the logging and tourism industries.

After being made to haul rubberwood logs in extremely hot temperatures, a 20-year-old elephant ripped its handler in half in the Phang Nga province of southern Thailand.

As reported by Newsweek, an elephant named Pom Pam was found standing over the body of Supachai Wongfaed, 32, who had been using the elephant to haul large amounts of wood. His body was ripped in two, riddled with stab wounds from Pom Pam’s tusks and lying in a pool of blood, VICE reported.

Rescuers had to tranquilize Pom Pam while they retrieved Wongfaed’s corpse and investigated the scene. Police later explained that they feel the elephant may have “gone crazy” due to the high temperatures and directed its rage toward Wongfaed.

Temperatures in Phang Nga have consistently been around 89 degrees Fahrenheit.

While police were quick to blame the heat, Chase LaDue, a postdoctoral fellow in animal behavior at the Oklahoma City Zoo and Botanical Garden, told VICE that in his studies, he has found aggression in elephants to be rare — and not influenced by temperature.

“I wouldn’t expect temperature to be a factor, especially in a place like Thailand that regularly experiences high temperatures,” he said. “Elephants are intelligent animals that we believe exhibit complexity in emotional states. The human-elephant relationship can be equally complex, and so a number of factors may have contributed to this tragic case.” 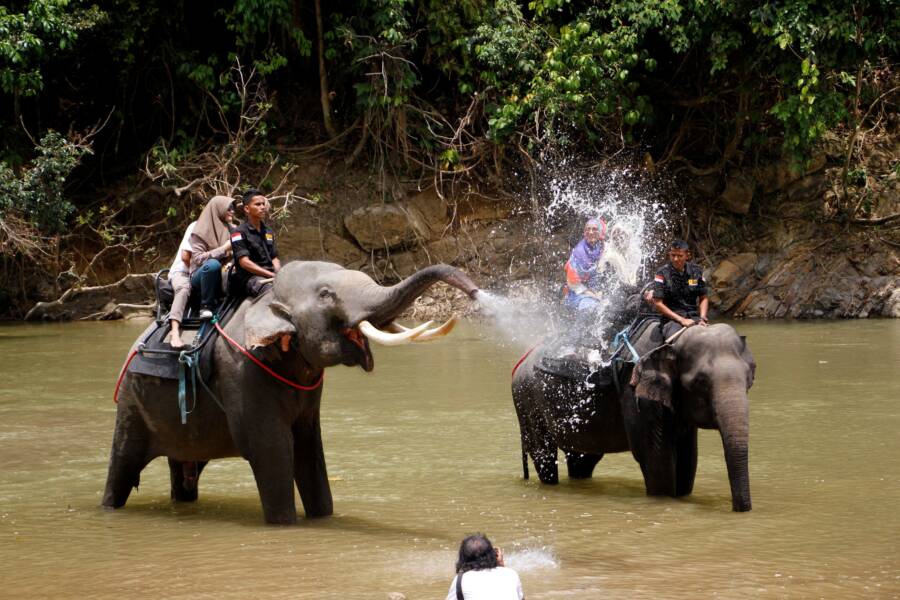 Anadolu Agency/Getty ImagesElephants are generally friendly towards humans, but certain physical, psychological, and environmental stressors can cause them to become aggressive.

LaDue also explained that male elephants in Asia go through a period known as “musth,” characterized by erratic behavior and surging testosterone levels, around 20 years old. It’s possible that Pom Pam may have been entering musth and Wongfaed was unaware.

It’s also possible that Pom Pam was entering a period of sexual and social maturity, which can sometimes cause male elephants to become aggressive, especially if they weren’t brought up with other male elephants from whom they could learn social skills.

Another elephant researcher, Hannah S. Mumby, an assistant professor at the University of Hong Kong, told VICE that human-elephant relationships can be determined by a number of factors, including the elephant’s age, personality, and sexual state — but environmental factors and experiences play a large role as well.

“Generally,” Mumby said, “extremely hot weather is a big issue for elephants because of their body size. Elephants can be affected by dehydration, heat stress, and exhaustion in the heat.”

In addition to the heat, climate change may be creating other stressors for the elephant population, diminishing supplies of water and food and forcing them into human settlements in search of resources.

It’s likely that these environmental stressors, coupled with the grueling labor of hauling logs, could have triggered Pom Pam — especially if he wasn’t being treated well.

Nature World News reported that Thai elephants, in particular, have long suffered psychological and physical damage as a result of being broken and subjected to hard labor in the logging and tourism industries.

In fact, the nonprofit organization Save the Asian Elephants has collected countless pieces of evidence that elephants face severe mistreatment in “unnatural coercive activities” like logging and tourism. 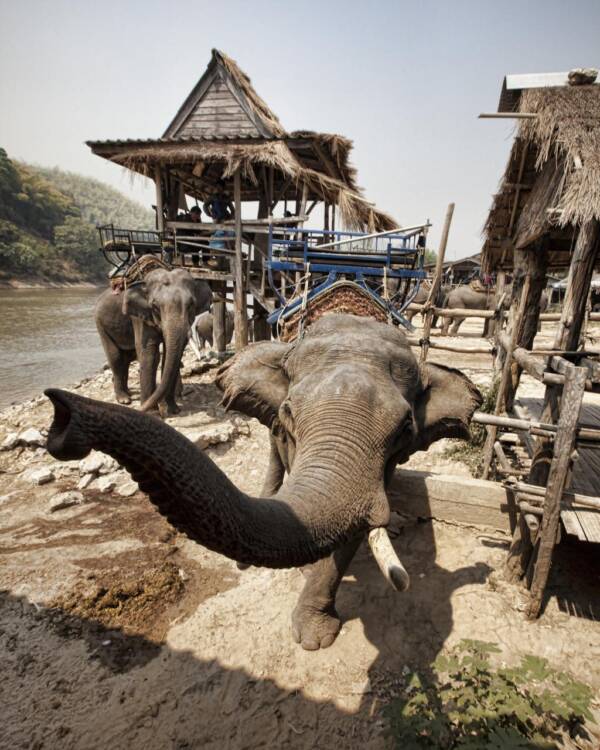 Christopher Michel/Wikimedia CommonsElephants used for tourism are sometimes trained with bullhooks, stout poles with metal tips. Elephant handlers use them to apply pressure to sensitive points on an elephant’s body.

Roughly 60 percent of the elephants in Thailand are kept in captivity — and the majority of those elephants are then used in the tourism industry. The rest are regularly trained for labor-intensive festivals and parties. Bullhooks are frequently employed to train the elephants.

In total, Save the Asian Elephants has found that instances of elephant mistreatment have resulted in nearly 2,000 human deaths and serious injuries.

Duncan McNair, CEO of Save the Asian Elephants, said that the incident with Pom Pam “is yet another stark reminder that Asian elephants are and always remain wild animals that can attack and kill when they are abused or overly stressed by humans.”

He continued, “They suffer deeply, psychologically as well as physically, when broken and forced into constant severe toil in logging and related activities.”

As Mumby put it, “All elephants are wild, even when kept in captivity.”

Pom Pam’s story is sadly just one of many instances of elephant mistreatment. To learn more, see the story of the emaciated elephant forced to march in a parade in Sri Lanka. Or, read about the Botswanan government lifting its ban on elephant hunting.