Richard and Mildred Loving were an interracial couple who married in 1958 when Virginia prohibited it. Their fight to remain lawfully wed soon became a historic court case. 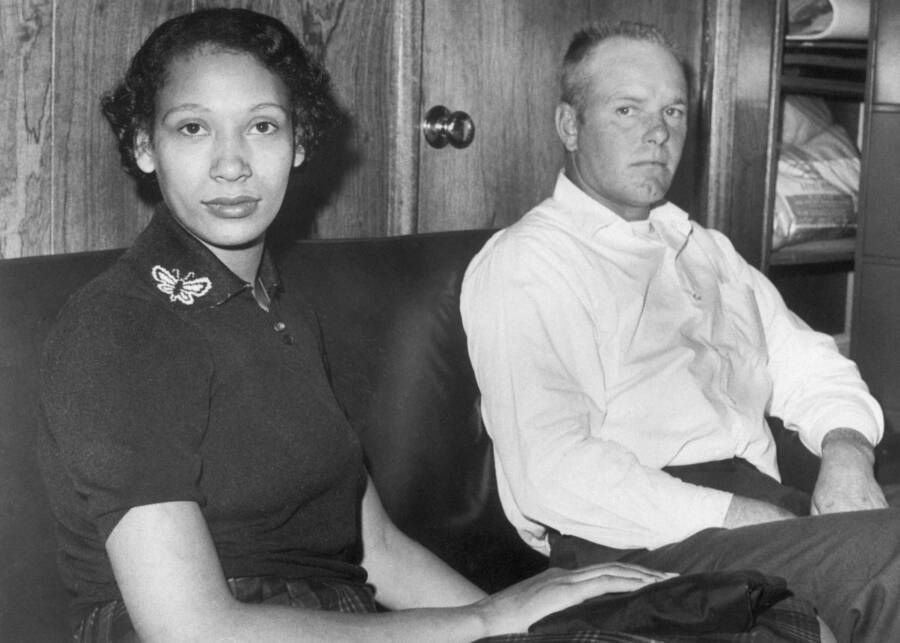 Bettmann/Getty Images Richard and Mildred Loving married at a time when Virginia had outlawed unions between people of different races. After they were arrested, they took the state to court in a case known as Loving v. Virginia — and won.

When Richard and Mildred Loving married in 1958, they had to cross state lines. Because of their races, the couple could not legally wed in Virginia, and when they returned home as newlyweds, police raided their bedroom and arrested them.

Sentenced to 25 years in exile from their home state, the Lovings fought the ruling, and they took the state of Virginia all the way to the Supreme Court in a case now known as Loving v. Virginia. Their success set a historical precedent in the United States.

The Marriage Of Richard And Mildred Loving

Richard Loving met Mildred Jeter when they were still children. The Jeters were long-time family friends of the Lovings who lived next door to each other. And while the Lovings were white and the Jeters were of Black and Native American descent, their friendship didn’t raise any eyebrows in the integrated Caroline County, Virginia.

Racial segregation was the law in Virginia, but the Lovings nonetheless befriended everyone.

Years later, Richard and Mildred began dating. And in 1958, they decided to marry. But interracial marriage was illegal in the state at the time, so the couple drove to Washington, D.C., and applied for a marriage license there instead.

“What are you doing in bed with this woman?” Brooks reportedly demanded, pointing his flashlight at the Lovings. “I’m his wife,” Mildred replied.

“Not here you’re not,” the sheriff declared.

At their trial, the Lovings faced a choice: go to prison or leave Virginia for 25 years. The Lovings thus spent the next nine years banned from their families in Virginia.

The Couple’s Life In Washington, D.C.

Richard and Mildred Loving settled in Washington, D.C., and soon, they became a family of five. Under the terms of their sentence, Richard and Mildred could not travel to Virginia together, but they were allowed to visit individually. Mildred went home to give birth to two of her children.

From exile, the Lovings watched the world change around them. The Civil Rights movement demanded an end to racial segregation and miscegenation laws. Hoping for progress herself, Mildred wrote a letter to Robert F. Kennedy, the U.S. Attorney General, in 1964.

“I wasn’t in anything concerning civil rights,” Mildred explained in an interview. “I was, well, we were trying to get back to Virginia. That was our goal, to get back home.”

Kennedy read Mildred’s plea, and he connected her with the ACLU, which promised to fight for them. It was an uphill battle, as Virginia had outlawed interracial marriage in the Racial Integrity Act of 1924. 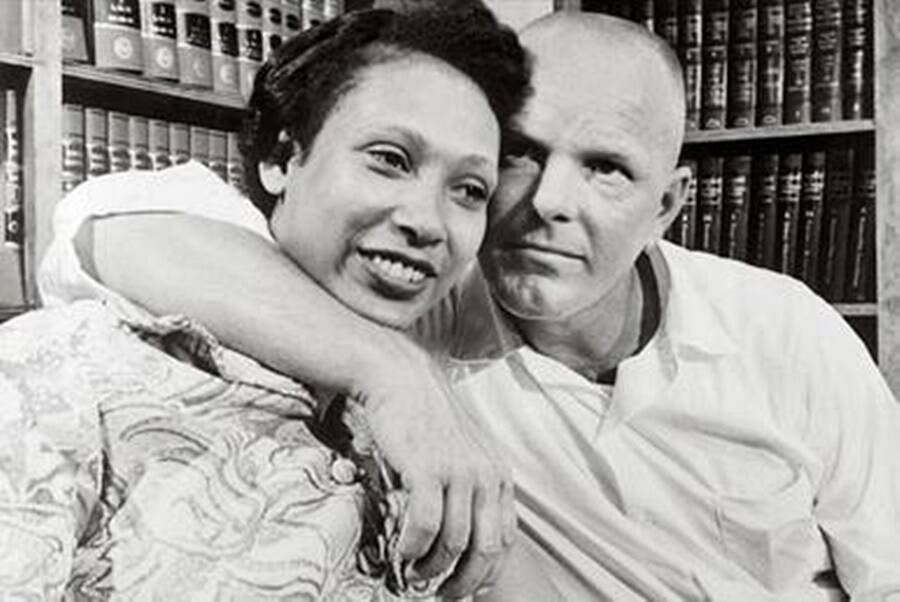 And Richard and Mildred Loving’s case wasn’t the first to make it to court. Back in the 1880s, another interracial marriage case reached the Virginia Supreme Court, but it was upheld on the grounds that because the law punished both the white partner and the Black partner equally it did not violate the Constitution’s equal protection clause.

It seemed the Lovings would face a similar outcome. In 1965, the judge presiding over their case, Leon M. Bazile, declared, “Almighty God created the races white, black, yellow, malay and red, and he placed them on separate continents … And but for the interference with his arrangement there would be no cause for such marriages. The fact that he separated the races shows that he did not intend for the races to mix.”

And with those words, the Virginia Supreme Court of Appeals upheld the Lovings’ original sentencing in 1966. Undaunted, the Lovings appealed the ruling to the U.S. Supreme Court, which heard the case in 1967.

As they waited for that historic trial, the couple moved back to Virginia. The ACLU promised to bail them out immediately if the sheriff gave them any trouble.

When the Supreme Court heard arguments in Loving v. Virginia, Richard and Mildred Loving stayed in Virginia with their children.

The commonwealth argued that the Virginia law banning interracial marriage was a necessary means of protecting people from the “sociological [and] psychological evils” of marriage between races. Before the court, the Assistant Attorney General likened interracial marriage to incest.

Arguing for the Lovings, lawyers Philip Hirschkop and Bernard Cohen made a compelling case. “These are slavery laws, pure and simple,” declared Hirschkop. Cohen then shared a heartfelt message from Richard, “Mr. Cohen, tell the Court I love my wife, and it is just unfair that I can’t live with her in Virginia.”

The Supreme Court announced its decision in Loving v. Virginia on June 12, 1967. Unanimously, the court agreed that the Lovings should be free to marry each other. The ruling of Loving v. Virginia consequently deemed interracial marriage bans across the country unconstitutional.

The majority opinion by Chief Justice Earl Warren declared that marriage represents “one of the ‘basic civil rights of man,'” describing it as “fundamental to our very existence and survival.” 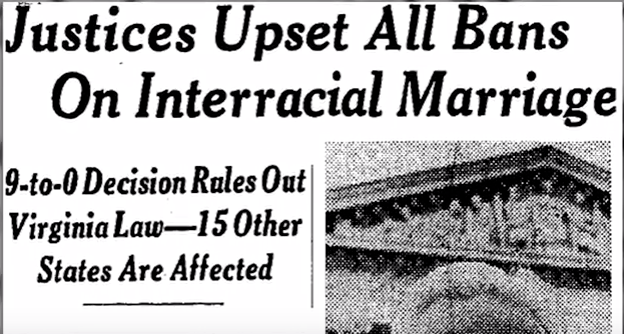 The Lovings celebrated privately. “[We] are not doing it just because somebody had to do it and we wanted to be the ones,” Richard explained to LIFE magazine. “We are doing it for us – because we want to live here.”

On the day of the ruling, Mildred Loving said, “I feel free now.”

Life For Richard And Mildred Loving After The Ruling

As the Supreme Court debated her case, Mildred Loving said, “It’s the principle, it’s the law. I don’t think it’s right. If we do win, we will be helping a lot of people. I know we have some enemies, but we have some friends too, so it really don’t make any difference about my enemies.” 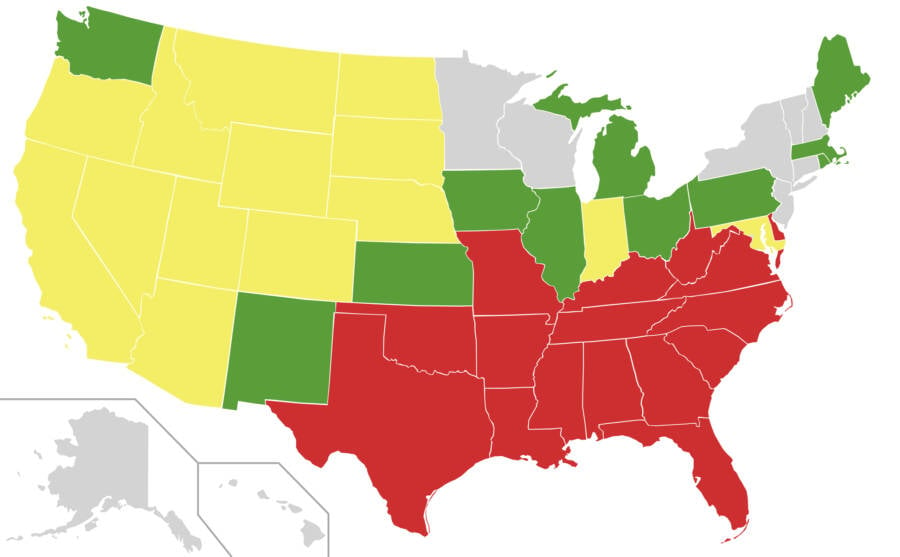 After the decision, Richard and Mildred Loving built a house in their hometown. They raised their children and lived a quiet life. Tragically in 1975, a drunk driver hit the Lovings’ car, killing Richard.

Mildred spent the rest of her life in the home she and Richard built. She died from pneumonia in 2008.

For the 40th anniversary of Loving v. Virginia in 2007, Mildred made a statement in support of gay marriage.

The case of the Lovings is a historic one. In standing up for their own love story, they paved the way for countless other lovers to come.