After $4 Million Restoration, Jesus’ Tomb Is Open But Not Good As New

Experts are now calling for a further $6.5 million to stave off the possibility of "catastrophic" collapse. 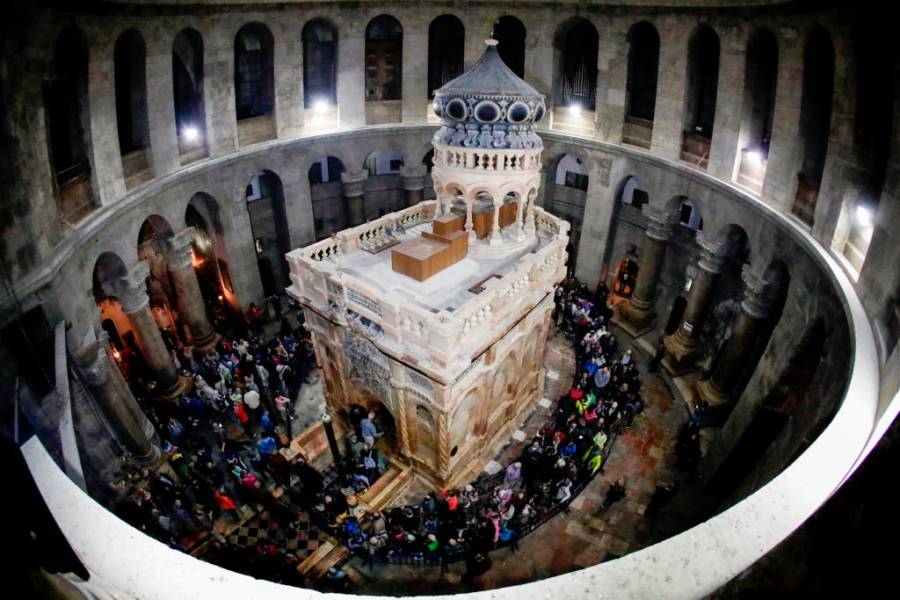 Thomas Coex/AFP/Getty ImagesThe Church of the Holy Sepulchre in the Old City of Jerusalem shows the renovated Edicule of the Tomb of Jesus (where his body is believed to have been laid). The tomb is being unveiled again following nine months of restoration work that will be highlighted at a much anticipated ceremony on March 22, 2017.

For nine months, the team of Greek scientists has worked through the nights, carefully using drones, titanium bolts, radar devices, robotic cameras, and laser scanners to restore and stabilize what is thought to have been the final resting place of Jesus of Nazareth.

A ceremony on Wednesday marked the end of this $4 million restoration project, which sturdied the Edicule — the name for the shrine above the burial chamber — within Jerusalem’s Church of the Holy Sepulchre.

Drawing about 4 million pilgrims every year, the church is home to two of the holiest sites in Christianity: the place where Jesus is thought to have been circumcised and have driven out the money lenders as a child, and the empty tomb where he is said to have been buried and later resurrected.

This tomb required significant work in order to reach the state is now in. The 50 experts in charge of the restoration project did everything from remove layers of candle soot and pigeon droppings to fortify the structure with metal and mortar and inspect the building’s foundation.

“If the intervention hadn’t happened now, there is a very great risk that there could have been a collapse,” Bonnie Burnham of the World Monuments Fund told the Associated Press.

Now, however, the restoration team has helped stave off such collapse and even make things better than ever, in some respects.

One exciting moment of the project, for example, took place in October, when the team delicately lifted the marble slab covering the tomb for the first time in more than two centuries — revealing the rock shelf where Jesus was placed.

They then cut a small window into the marble covering so that the pilgrims — who wait in line for hours, often weeping and clutching rosaries or other offerings — will now be able to see the rock as well. 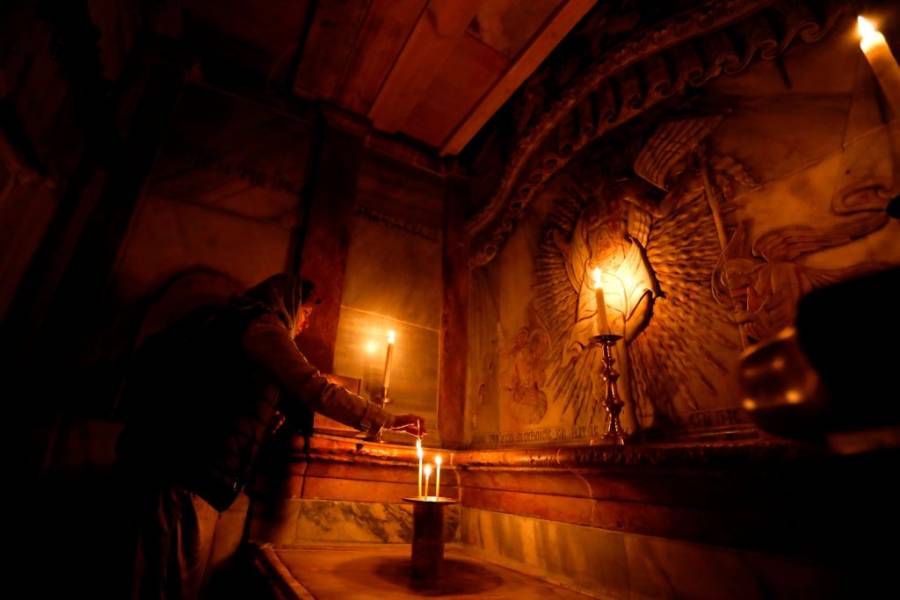 Gali Tibbon/AFP/Getty ImagesA Christian worshiper praying inside the Edicule surrounding the Tomb of Jesus (where his body is believed to have been laid).

Even with the meticulous and pricey reconstruction, though, the team admitted that the repairs are not permanent and may not be enough to save the holy site.

The observation of the structure revealed that the complex surrounding the shrine rests on a very unstable foundation. The 3,000 square-foot shrine (which was built to mimic the one Roman Emperor Constantine built in 324 A.D.) rests on the remains of an ancient limestone quarry, the rubble of earlier buildings, and underground tunnels and drainage channels that have slowly eroded the ground several feet below where the tomb now rests.

The group in charge of the project is now proposing an additional ten-month, $6.5 million project to work on the site’s floor, bedrock, and drainage system. They told National Geographic that the repairs — though obviously controversial — are urgent.

“When it fails, the failure will not be a slow process, but catastrophic,” chief scientific supervisor Antonia Moropoulou said.

In addition to architectural fragility, changes to the site are also extremely socially contentious.

Disputes about the site between the groups have been so historically contentious in fact, that the actual keys to the church have been kept by a Muslim family since the 12th century.

No matter what the future holds for the site — whether restorative or archaeological — the people working to keep it accessible recognize the importance of their mission.

“This work is a collective work,” Monropoulou said. “It doesn’t belong to us, it belongs to all humanity.”