The two men were spotted by a tanker crew 214 miles off the coast of Delaware after drifting for a week and a half. 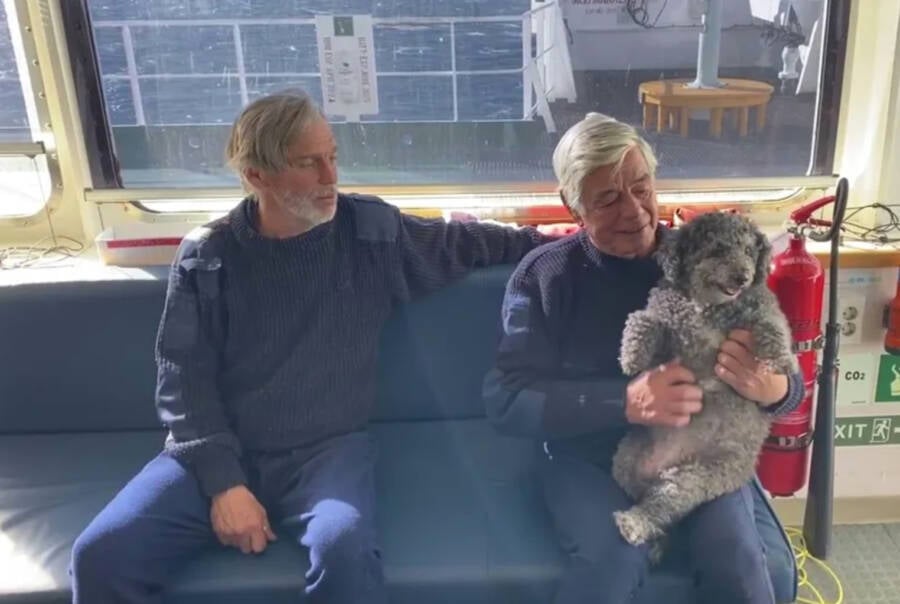 Crew of the Silver MunaWhen asked if they would try to sail from New Jersey to Florida again, Joe DiTomasso responded, “No… I’m staying in sight of land,” while Kevin Hyde said, “Sure, why not. I’m not dead yet.”

When Joe DiTomasso, 76, and Kevin Hyde, 65, set out from New Jersey on a sailboat called Atrevida II with a dog named Minnie, they were looking forward to traveling south and enjoying the Florida sunshine. Instead, the two men and their dog found themselves fighting to survive after their ship lost power in the middle of the Atlantic Ocean.

For 10 days, DiTomasso, Hyde, and Minnie drifted without power or fuel as their supplies dwindled. Thankfully, they were spotted by a tanker called Silver Muna more than 200 miles off the coast of Delaware.

“It was just kind of a small miracle that we were found at all, to tell you the truth,” Hyde said at a news conference, as reported by The New York Times. “We were out of the shipping lane by that time, almost. So it was probably the last ship that would have been able to find us.”

Their rescue was the happy conclusion to a 10-day ordeal at sea. The two men set out from New Jersey on November 27th en route to Florida. But on Dec. 3rd, they lost contact with their families.

DiTomasso and Hyde were experienced boaters, and DiTomasso had taken the same voyage before, but their silence deeply concerned their families.

“We were mentally preparing for the worst,” DiTomasso’s daughter, Nina, told USA Today. 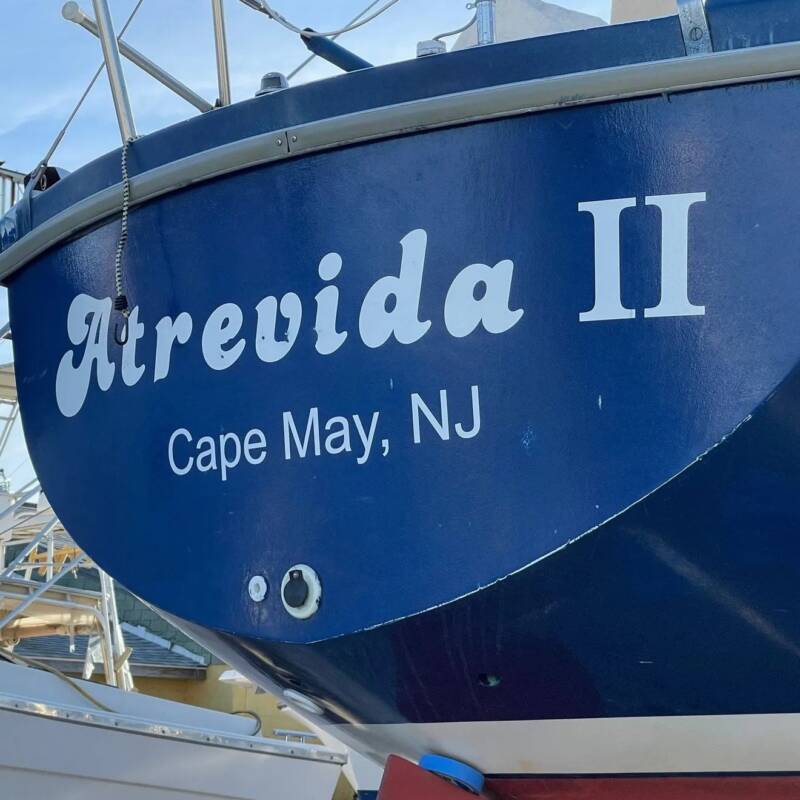 US Coast GuardThe bright blue hull of the Atrevida II.

Indeed, DiTomasso and Hyde’s voyage south had taken a turn for the worse after they left Oregon Inlet in the Outer Banks of North Carolina. Then, the two men and their dog encountered a storm so fierce that 40-foot waves battered their vessel and heavy winds snapped the sailboat’s mast.

“We were sailing along great for like three days,” DiTomasso told ABC 7. “We were moving. Then that first storm hit. When that hit, that’s when the problems start. The sail broke first, then the steering broke. Then after that, we just battled the sea.”

The monstrous waves, he said, were like “mountains,” and the howling wind sounded like “the devil was out there.”

Drifting without power, fuel, radios, or navigation tools, DiTomasso, Hyde, and Minnie struggled to survive by eating honey and beans. After more than a week at sea they had little left to eat and no water.

“We were sucking water out of the water lines. Cutting them just to get water,” DiTomasso told ABC 6. “We didn’t have water for two days. And Minn, we had to stop her from drinking. She wanted to drink everything.”

But just when they’d lost hope, they spotted a tanker called the Silver Muna.

The New York Times reports that the two men desperately waved their arms at the ship to get the tanker’s attention. Fortunately, the crew on the Silver Muna spotted them. 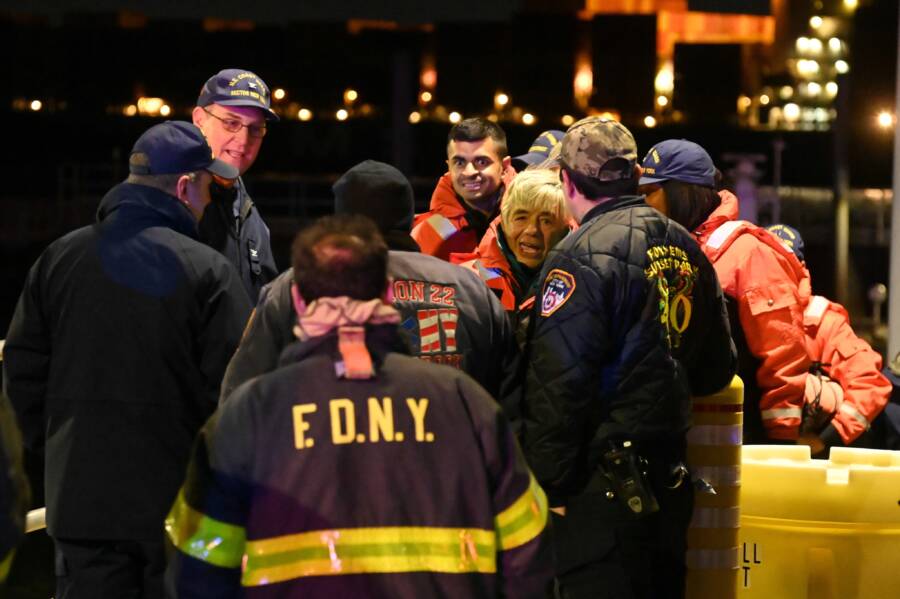 Despite their ordeal, the two men and Minnie seemed to be in fairly good health. They were brought to New York, to the delight of their respective families.

“We keep saying this is our Christmas miracle,” Nina DiTomasso, who is pregnant, told The New York Times. “I am just so thankful that my dad will get to meet his next grandchild in May.”

Though DiTomasso thinks that his ordeal might make for a good book or movie, he doesn’t plan on ever repeating the experience.

But Hyde suggested that it’s possible he’d embark on another sailing adventure in the future.

After reading about the two men and their poodle who were rescued after 10 days adrift at sea, discover the story of José Alvarenga, who survived 438 days at sea. Then read up on Tami Oldham Ashcraft’s astonishing survival at sea.