With just a few basic supplies and an empty ice chest, Jose Alvarenga survived for over a year at sea by himself. 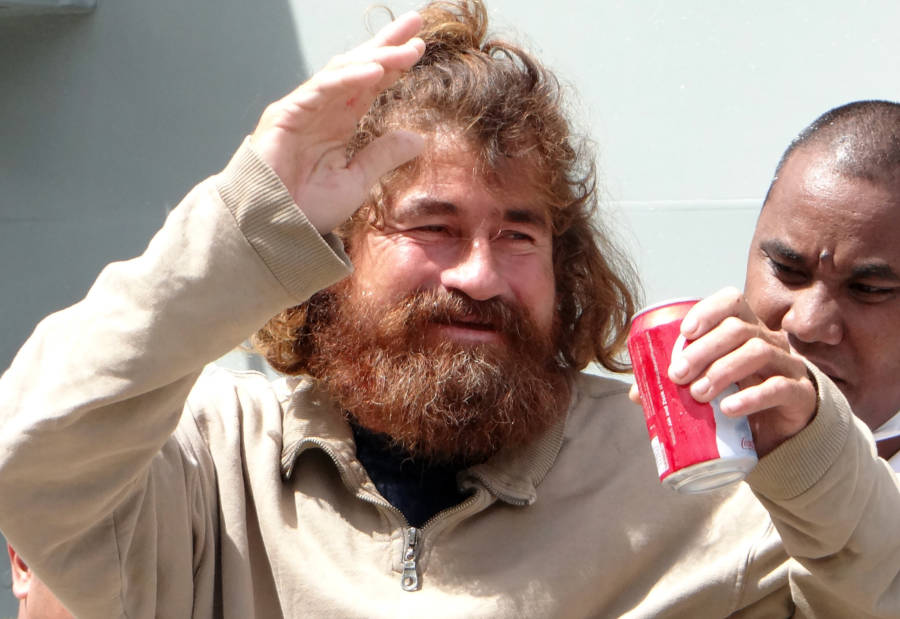 Jose Alvarenga was an experienced fisherman, well versed in the ways of the sea after years spent fishing commercially. But even the most experienced fishermen are no match for the strength of a tropical storm, especially when they’re in a 15-foot skiff with no way to steer, no food, and a horribly inexperienced fishing mate.

Jose Alvarenga Sets Out Out

From the moment it began, Jose Alvarenga’s fishing trip seemed doomed. He had planned on taking a 30-hour deep-sea fishing shift, which would (hopefully) yield sharks, marlins, and sailfish. The three were particularly lucrative fish, and if plentiful enough, would land him a hefty sum of money. In the fishing village of Costa Azul, Mexico, the competition was high and Alvarenga was hoping to bring back an impressive haul.

Unfortunately, his usual fishing mate, another seaworthy fisherman who worked for his employer Villermino Rodriguez, backed out at the last minute.

Alvarenga wasn’t worried though and selected another fisherman with Rodriguez’s company, a young fisherman named Ezequiel Cordoba. Though he had never worked with Cordoba before, or even spoken to him, Alvarenga deemed the inexperienced young man fit for the journey. After all, it was to be a short one, just over a day long, and they should be relatively close to shore throughout.

On November 17, the pair set out on a 24-foot fiberglass skiff with a small motor. Onboard were various fishing tools, a portable electronic radio, and a large ice box to hold the fish. The journey seemed like it would be as bountiful as Alvarenga hoped, as before long the two had caught over 1,000 pounds of fish, almost overloading their icebox. 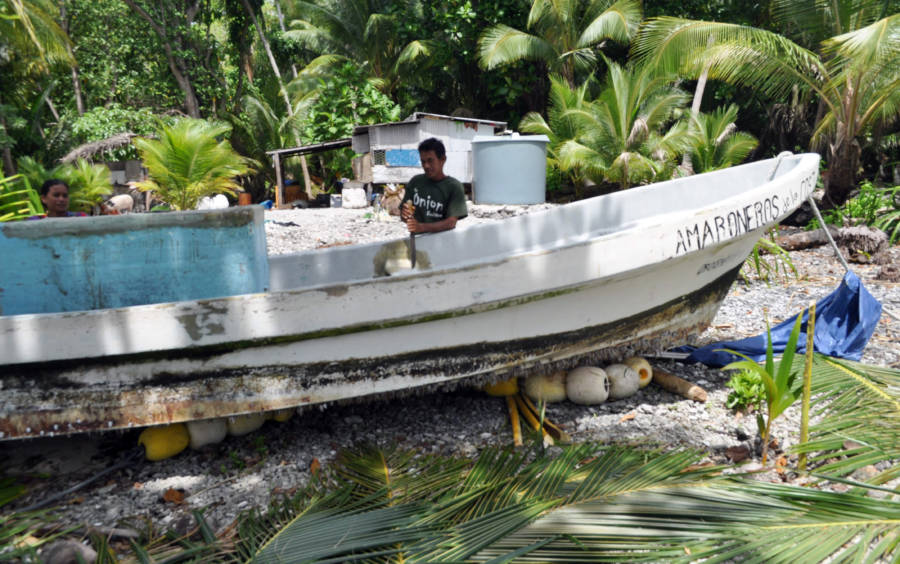 STR/AFP/Getty ImagesJose Alvarenga’s boat, in which he survived for 438 days.

A few hours into their journey, a storm struck that lasted five days. Jose Alvarenga and Cordoba attempted to steer the boat back toward shore, but it was impossible to see where the shore was in the rain.

Their boat was also weighed down by the fish, and in order to make maneuvering easier, they were forced to dump their bountiful catch. They survived mostly on the rainwater that poured from the sky, and the minimal food that they had brought with them.

When the storm finally cleared, the men were able to assess the damage.

Their motor was gone, the fishing gear was lost or damaged, and most of the portable electronics were damaged. There was enough charge in the two-way radio’s backup battery for Alvarenga to get a Mayday message to Rodriguez, but it died before the pair’s location could be established.

Left with only a few basic supplies, no radio, and no motor, Alvarenga and Cordoba were effectively stranded.

Hoping that his message to Rodriguez would result in their rescue, but knowing there were no guarantees, the two men slowly began to survive off of the sea. Though Cordoba was rather useless, being such an experienced fisherman, Jose Alvarenga was able to catch fish, turtles, jellyfish, and seabirds with his bare hands. They collected rainwater when they could but usually kept hydrated from a mixture of turtle blood and their own urine.

Soon, the days turned into weeks and the weeks into months. The two had long given up hope of rescue efforts and were relying on being seen by passing planes or drifting into a shipping lane. However, without any way of navigating, the possibility of being seen even by accident was becoming a dim one.

José Salvador Alvarenga was able to keep himself busy and keep track of the time, by charting the phases of the moon. Growing up on the water and spending most of his life at sea, he had become used to a diet of seafood, a reliance on the sun and moon, and the harsh salty air. Ezequiel Cordoba, however, was not.

By the fourth month, Cordoba was mentally and physically drained. His body was beginning to suffer the effects of life lost at sea, and he’d begun to get sick from eating raw fish, birds, and turtles. Soon after he got sick, he stopped eating, eventually starving himself to death.

Adrift Alone In The Open Ocean 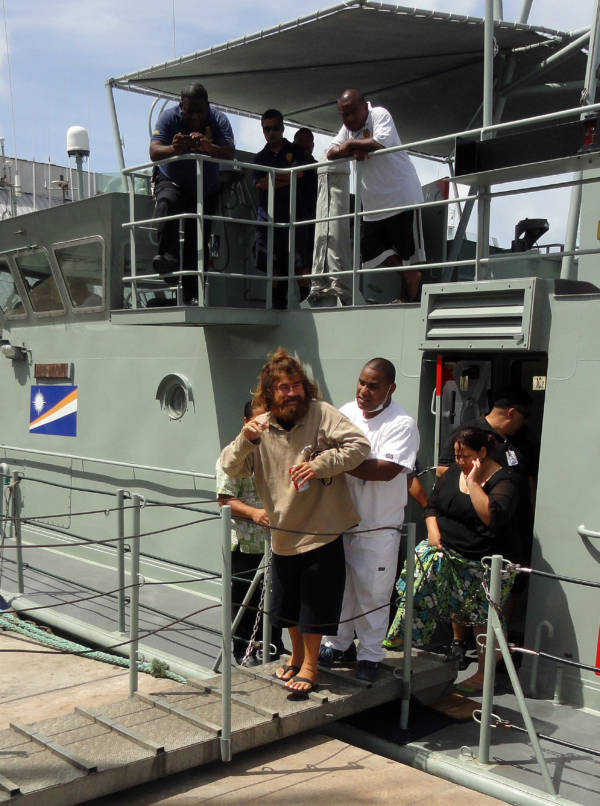 GIFF JOHNSON/AFP/Getty ImagesJose Alvarenga upon being taken back to Mexican mainland.

For six days after Ezequiel Cordoba’s death, Jose Alvarenga left his body untouched. Left alone for the first time in nearly half a year, he contemplated suicide. Finally, he disposed of Cordoba’s body and with renewed faith, pushed himself to survive.

After counting the 15th lunar cycle, and spending over 400 days at sea, Alvarenga finally saw what he’d been dreaming of for over a year – land. His small beaten up skiff had drifted south, to a remote corner of the Marshall Islands, roughly 6,000 miles from where he had set out on his journey.

Upon abandoning his craft and swimming to shore, he knocked on the door of a small beach house. The couple could hardly believe his tale and alerted authorities immediately. The police were shocked at the story, having assumed that Jose Alvarenga had perished over 11 months ago, but here he was alive and surprisingly well for his situation.

His parents and young daughter, whom he hadn’t spoken to in quite some time but had maintained a pleasant relationship with, were overjoyed upon his return, as was his boss. It turned out that Rodriguez had sent out a search party for him, but in the storm, the visibility was too low.

By the time the storm had cleared, everyone had assumed that the two fishermen in the little boat were long gone.

Life Back On Land For José Salvador Alvarenga 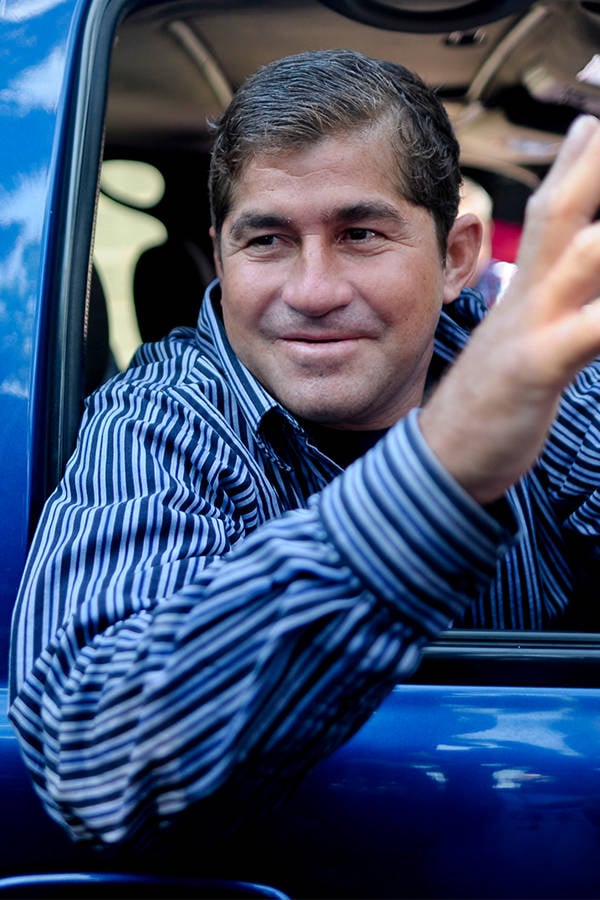 Jose Cabezas/Getty ImagesJosé Salvador Alvarenga after a shave, a shower, and some much needed recovery time in the hospital.

Initially, not many people believed in Jose Alvarenga’s story. For one, Alvarenga seemed far too healthy to have spent over a year at sea. Thin, his hair and beard overgrown, and his skin weathered from the sea and sun, yes, but surely a year and several months alone with no food or fresh water would have emaciated him beyond belief. At the very least, doctors theorized, he should have scurvy.

Several maritime experts also pointed out that one would have had to sail in a particularly straight line to reach the point of the Marshall Islands, which would have been near impossible with no steering mechanism, or navigation system.

However, several doctors pointed out that his sea diet, which consisted mostly of bird and sea turtle meat, actually contained high amounts of vitamin C, which would have done well to prevent scurvy. The discrepancy over his route was also cleared up, when a University of Hawaii study proved that ocean currents would have directed him right to the island he landed on.

José Salvador Alvarenga also faced a lawsuit upon his return, from the family of Ezequiel Cordoba. The lawsuit alleged that Alvarenga never threw Cordoba’s body overboard, but instead ate him, using his body to sustain him. His lawyer firmly denied the claims, and Alvarenga even passed a lie detector test to prove it.

Today, Alvarenga lives in El Salvador, in a small town surrounded by land, as far from the water as he can get.

After reading the miraculous story of José Salvador Alvarenga’s survival, check out the story of Tami Oldham Ashcraft, who also survived an insanely long time at sea. Then, read about some other incredible survival stories.