Daniel Burros, The Nazi Klansmen Who Killed Himself After His Jewish Background Was Made Public 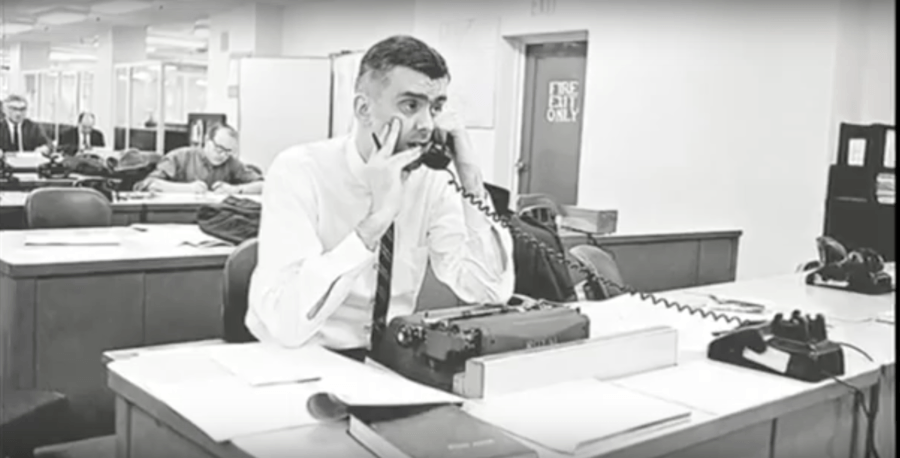 Daniel Burros was a member of the Nazi Party and a prominent member of a violent Ku Klux Klan group in New York. He was also a born-and-raised Jewish American.

From Jew To Nazi, The Transformation of Daniel Burros

Born in the Bronx, New York on March 5, 1937, Daniel Burros was the only child of George and Esther, working-class Jews with roots in Russia. His father worked in a factory and his mother worked in a department store. When Burros was a child, his family moved to Richmond, Queens, where he attended Hebrew School and had his Bar Mitzvah at the Orthodox Congregation Talmud Torah of Richmond Hill. An excellent student with a high IQ, many believed he would be a rabbi one day.

But by his later teenage years, the walls of Burros’s bedroom were filled with pictures of German generals. He later said that he was “disgusted” by his liberal New York Jewish classmates. He also started studying extremist material, learning German, and corresponding with right-wing Germans. Initially, he wanted to attend the United States Military Academy. But instead, after he graduated in 1955, he enlisted in the army.

When he was deployed to Little Rock, Arkansas during the school integration crises, he became disgusted by troopers pointing their bayonets at white people. Due to his instability, his extremism, and an incident where he faked suicide by taking aspirin, Burros was discharged.

Daniel Burros And The Nazi Party

In the early 1960s, Burros moved to Arlington, Virginia, and joined the American Nazi Party led by George Lincoln Rockwell. With his blonde hair and blue eyes, nobody suspected anything. Burros even brought knishes, a traditional Jewish dish, to party meetings.

With the Nazi Party, Burros would picket outside the White House, handing out flyers that read “Gas Communist Traitors” and “Free Speech for Nazis.”

A falling out with Rockwell led Burros back to New York where he joined other American-born Nazis to found the racist and anti-Semitic National Renaissance Party, headquartered in an apartment building in Hollis, Queens. They published Kill! Magazine, which is where Burros published “The Importance of Killing,” calling on the white race to build a mound of traitor corpses “from which you can glimpse the great future.” The magazine folded after a year.

Daniel Burros was eager to prove his loyalty. He had a portrait of himself painted in full Nazi regalia with Auschwitz smokestacks as the backdrop. He also carried around a bar of soap wrapped in paper with the German words, “Made from the finest Jewish fat.”

His Jewish Ancestory Is Uncovered

On the morning of Oct. 29, 1965, New York Times reporter John McCandlish Phillips was near Lefferts Blvd. in Queens interviewing Burros, who at that point was the Grand Dragon of New York. Phillips asked Burros how he became a Nazi, to which Burros replied that he always admired the Third Reich and hated the Jews. He said that their purge in the United States would be much more violent than the “civilized and highly cultured” country of Germany.

What Burros didn’t know was that a week prior Phillips’ editor had assigned him the Daniel Burros story with the knowledge that Burros was Jewish.

On Oct. 20, 1965, the House Committee on Un-American Activities identified several Klansmen, including Burros. The story made headlines and Burros, who was working at a Manhattan printing company, was fired. A government agent who had previously investigated Burros knew that his parents were Jewish.

Believing that outing Burros as a Jew would stop his anti-Semitic activism, the government agent called someone he knew at the Times.

The day the story hit newsstands, Burros was staying in Reading, Pennsylvania at the apartment of Roy E. Frankhouser of the Pennsylvania Klan. Frankhouser’s girlfriend and Frank. W. Rotella, another Klansman were present as well.

Rotella told police that Burros returned to the apartment agitated after he went out to get the paper. He recalled Burros yelling, “This will destroy me!”

Burros then ran upstairs and, declaring that he had nothing to live for, fired a .32 caliber revolver his chest. When that didn’t kill him, he shot himself in the head.

Burros’ parents cremated his body after they had identified it. His mother, who was unaware of the extremist life her son was leading, said, “He was such a good boy.”

Next read about the Nazi’s who didn’t know that the “perfect aryan” child in their propaganda was Jewish. Then read about Heinrich Muller, the highest ranking Nazi who was never caught or killed.