The shortest war in history asserted the dominance of a colonial power over a subjugated land. 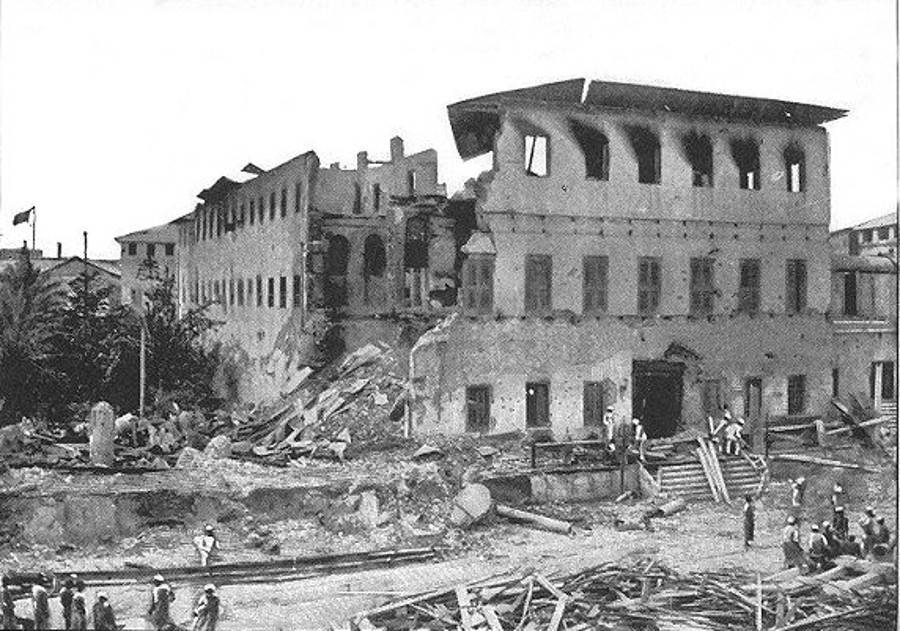 Wikimedia CommonsThe sultan’s palace in Zanzibar, following its destruction during the Anglo-Zanzibar War in 1896.

The Anglo-Zanzibar War of 1896 lasted all of 38 minutes in what would be the shortest war in history.

The war proved that the British were the final authority in Zanzibar’s affairs with a display of might and power that overwhelmed Zanzibari forces. It really wasn’t a war because Zanzibar had no chance to win.

The Background Of History’s Shortest War

In 1896, European countries had colonies in Africa to exploit the natural resources of the continent. France, Great Britain and Germany dominated the political landscape in Africa. Occasionally, African nations revolted against their colonial masters. It wasn’t until after World War II that many African nations gained independence from European overlords.

There were rumors that the new sultan poisoned the old one, probably because Khalid didn’t agree with British colonial rule. He wanted his country to be sovereign in order could profit from the lucrative slave trade that still existed in Africa at the time. The British sought to abolish the slave trade altogether, and that policy conflicted with Khalid’s interests.

The British government wanted Hamoud bin Muhammad in place as sultan and gave Khalid until 9 AM local time on August 27, 1896, to cede the throne to the pro-British heir.

Khalid thought the British were bluffing. He surrounded the royal palace with his guards and artillery. Five British Royal Navy ships – some of the best in the world – surrounded the harbor closest to the palace. Royal Marines and sailors landed on shore to await orders from Rear Adm. Harry Rawson, the commanding officer of the engagement.

At precisely 9 a.m., when Khalid refused to abdicate, the British bombardment began. Guns from the ships fired at the sultan’s palace. The wooden structure didn’t stand a chance against the British barrage. 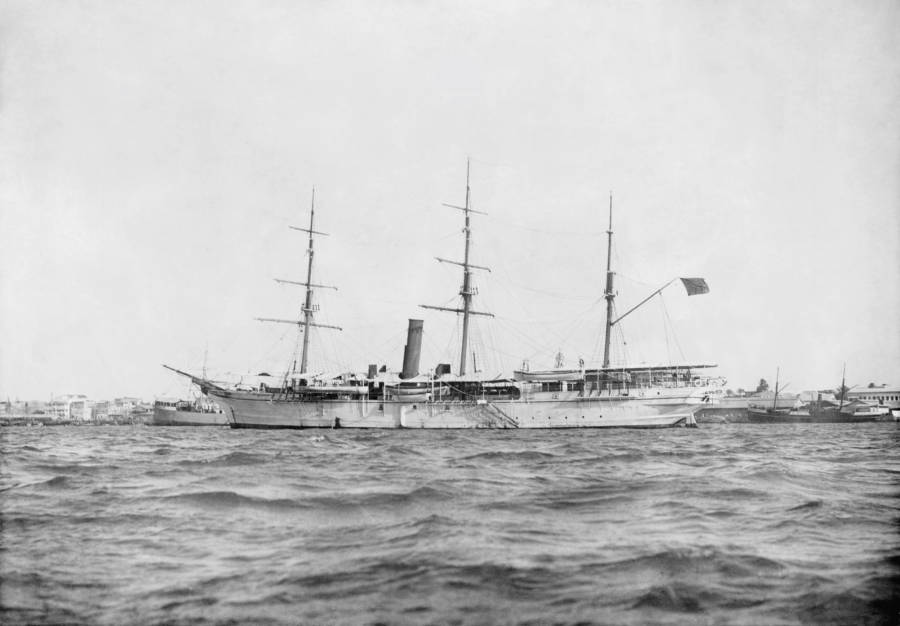 Wikimedia CommonsThe Glasgow, a wooden sailing yacht that was no match for superior British Navy ships. Pictured in 1890.

Khalid’s lone ship in his navy, the Glasgow, was a luxury yacht given to him by Queen Victoria. It was not fit for fighting, and especially not capable of taking on the vastly superior Royal Navy. The five Royal Navy ships, led by the HMS St. George under Rawson’s command, laid waste to the Glasgow and rescued its crew.

After a mere 38 minutes, Khalid’s troops fled the scene. The shortest war in the history of the world was over.

Khalid and his closest circle ended up in the nearby German consulate and requested asylum. Britain finally captured Khalid during World War I, and that was when he promised to live in exile and renounce his claim to the sultanate.

As for casualties, British and pro-British Zanzibari forces lost one man out of a fighting force of 1,000. The pro-Khalid forces had 500 dead out of 3,000. Despite being outnumbered 3-to-1 in manpower, the British forces were too well equipped and were more dangerous than Khalid realized. 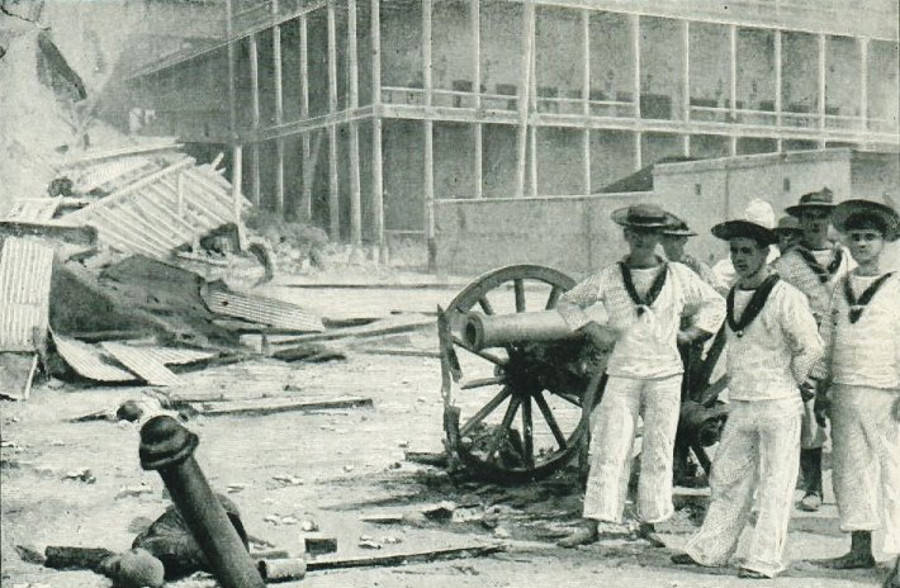 Wikimedia Commons British Marines standing near a damaged cannon near the Zanzibar sultan’s palace in 1896 following the Anglo-Zanzibar War.

Shortly after British forces took control, they had their man in power. Britain outlawed slavery in Zanzibar a year later.

Britain’s hold on Zanzibar remained for another 67 years, even surviving through World War I and World War II. The protectorate status Britain wielded over Zanzibar was terminated in 1963. The following year Zanzibar merged with the Republic of Tanganyika. Soon after, the country was renamed Tanzania.

After reading about history’s shortest war, view these haunting photos of the Boer War genocide. Then read about the bloody history of decapitation.