The Baffling Disappearance Of Joe Pichler, The Child Actor Who Has Been Missing Since 2006

When Joe Pichler mysteriously vanished at the age of 18 in 2006, police suspected suicide — but his family remains convinced that foul play was involved.

As a child, Joe Pichler starred in films like Varsity Blues and two installments of the Beethoven franchise about a beloved but mischievous Saint Bernard. But as an adult, he became the center of a baffling disappearance case, one that has frustrated authorities for almost two decades. 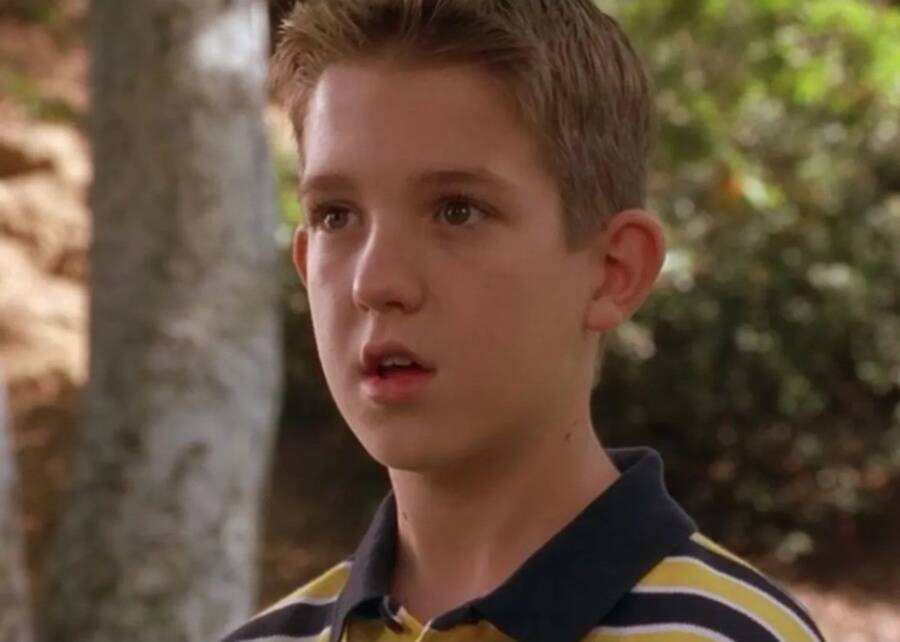 Pichler, who’d returned to his hometown of Bremerton, Washington, to finish high school, disappeared without a trace in 2006. According to his family, the promising young actor had plans to return to Los Angeles and revive his acting career.

Instead, he simply vanished. But though police suspected at the time that Joe Pichler had died by suicide, his family believes that foul play may have been involved.

From Bremerton To Hollywood

Born on Feb. 14, 1987, in Bremerton, Washington, Joseph David Wolfgang Pichler found success at a young age. He began acting at the age of four and broke into the industry through a commercial for a Seattle department store at the age of six.

From there, Pichler relocated to Los Angeles. He swiftly booked a number of acting gigs, guest-starring on an episode of Touched by an Angel in 1998 and snagging roles in Music from Another Room in 1998 and Varsity Blues in 1999. Pichler even got his own trailer when he acted in Beethoven’s 3rd (2000).

All the while, he managed to stay grounded — and put serious thought into his future as an actor.

“I’ve said no to sex and drugs,” Pichler told the Kitsap Sun in 2001 about how he selected roles. He added, “I don’t want to get typecast. I’d much rather do movies [than TV] — I like the whole atmosphere of changing characters and meeting new people.”

Though just 14 years old at the time, Pichler had already been acting for ten years. He mused about serious and comedic roles and noted that the former was a better bet if he ever wanted to win an Oscar.

In 2002, however, Joe Pichler took a break from Hollywood and returned home at the insistence of his family.

“I just wanted him to have some normalcy in his life,” his mother Kathy said. “He’s a good boy and took it well, but he wasn’t really happy about it.”

After acting for most of his life, Pichler lived like any other American teen. According to the Charley Project, he graduated from Bremerton High School in 2005, got his own place in town, and found a full-time job as a telephone technician at Teletech. He had a pet guinea pig, liked Mexican food, and enjoyed playing Magic: The Gathering.

Despite this, Pichler still dreamed of those Hollywood lights. According to his family, he planned to return to Los Angeles and try his hand at acting again once he got his braces removed.

Sadly, Joe Pichler never had the chance. A few days after New Year’s Day 2006, this promising young actor vanished without a trace.

The Disappearance Of Joe Pichler 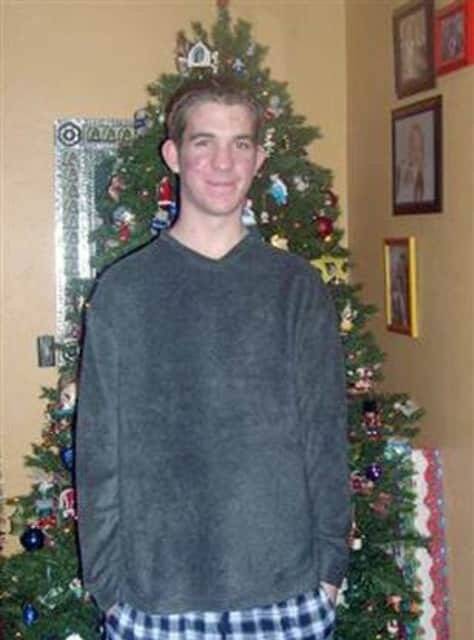 The Pichler FamilyA photo of Joe Pichler around Christmas 2005, shortly before he disappeared.

On Jan. 5, 2006, Pichler made his last-known phone call. Around 4:15 a.m., he called a friend whom he’d played cards with earlier in the evening. According to the friend, Pichler was drinking alcohol and “inconsolable.” He told his friend he’d call him back in an hour — but then, Joe Pichler simply vanished.

Four days later, his silver 2005 Toyota Corolla was found abandoned half a mile from a body of water called the Port Madison Narrows. As reported by the Seattle Post-Intelligencer, inside the vehicle police found a note which contained two pages of poetry and some random thoughts, including Pichler’s desire to be a “stronger brother” for his siblings.

Pichler also wrote that he wanted his younger brother to have some of his belongings. But his family doesn’t think that the note means he died by suicide. Even his friends claim that Pichler was in good spirits when they saw him earlier in the day.

“He’s probably too embarrassed to come home,” his sister Shawna explained to the Kitsap Sun two weeks after his disappearance. “In the worst-case scenario, if anything, it’s foul play. But not suicide.”

Pichler’s brother Matthew added, “He left that note saying that he wanted to start over.”

And his mother insisted that the note didn’t seem like a suicide note. “There was no goodbye,” she said.

Pichler’s family also noted that he had left the door to his apartment unlocked and the lights on — which they said was abnormal behavior.

However, police suspected that Pichler had, in fact, died by suicide, possibly by jumping off the bridge and into the Narrows. Kathy Pichler even claimed that a detective called her and said as much.

“[He said] I don’t know how to say this to you without sounding really bad, but basically I think your son’s dead, and it could take months for him to show up in the water,” she told the Associated Press.

Police denied this. They said that they were “considering a wide variety of scenarios,” though Bremerton Police Detective Robbie Davis expressed doubt about the family’s theory that Pichler had fallen victim to foul play.

“I have not found one person that has said anything bad about Joe,” he told the Associated Press.

Over the following days, hundreds of people descended on Bremerton to help search for Pichler. Sadly, they didn’t find any more clues — and Pichler’s family expressed frustration that the police weren’t looking hard enough.

“They haven’t fingerprinted his car. They sifted through it. They were in his apartment for about three minutes. They’ve done nothing,” Pichler’s mother said.

Was Joe Pichler Ever Found? 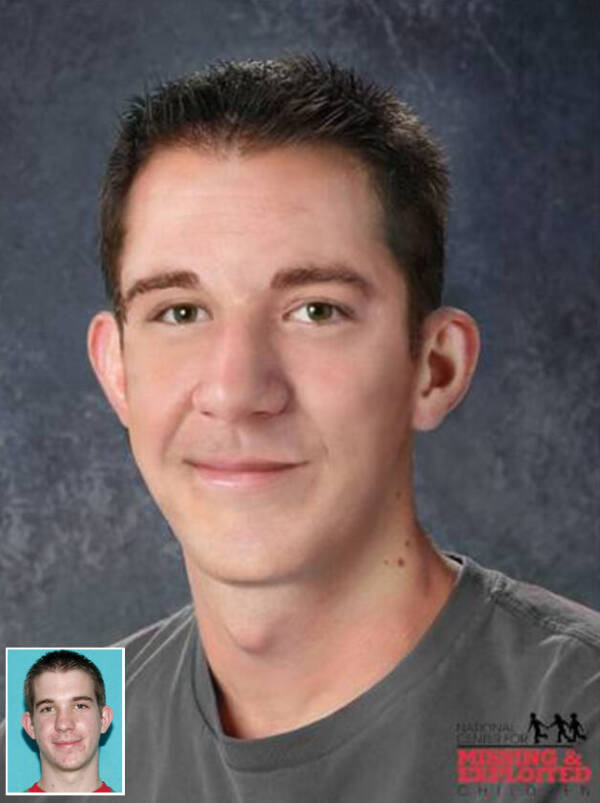 Sadly, there have been scant developments in Joe Pichler’s case since he disappeared in January 2006. No further clues have emerged — from Pichler’s life or from the water near his abandoned car.

In 2008, two years after his disappearance, Pichler’s family expressed their ongoing devotion to finding him and their heartbreak about his unsolved case.

“I know somebody knows something,” his sister Shawna said.

But the last two years had been difficult.

“People say it gets easier with time,” Shawna said. “I guess that’s true when you know where the person is… The worst feeling out of all of this is the alone feeling. After time goes by, the press stops, people move on… But for us, it doesn’t stop, it just keeps going.”

Joe Pichler’s mother has also continued to express frustration with the Bremerton Police, who she believes didn’t do a thorough enough job when her son went missing.

She wrote on the Surviving Parents Coalition website in 2011:

“My son, Joseph Pichler, went missing five and a half years ago. His case was handled SO poorly by police and most of the evidence was lost. Their mistakes were because local police didn’t know the correct procedures for missing children/persons.”

“Joseph is not a runaway,” she continued. “That’s the only thing I know for sure about his disappearance. After nearly six years, we still have no resolution… I also struggle to get through each day without answers as to the whereabouts of my missing son.”

As of publication, Joe Pichler remains missing. He has a small scar on his nose and another on his forehead, as well as a distinctive red Star Wars tattoo on his inner right forearm. Anyone with information about his disappearance should contact the police.