Christine Gacy and her brother Michael were born the children of serial killer John Wayne Gacy — but luckily their mother divorced him after his sodomy conviction in 1968 and took them with her.

At first glance, Christine Gacy’s early childhood looked perfectly normal. Born in 1967, she lived with her older brother and two parents. But her father, John Wayne Gacy, would soon go on to become one of the most terrifying serial killers in American history.

Just a year after Christinen Gacy’s birth, John went to prison for sexually assaulting teenage boys. Soon afterward, he started to kill teenagers and young men. And by the time of his arrest in 1978, John had murdered at least 33 people, many of whom he buried beneath his house. 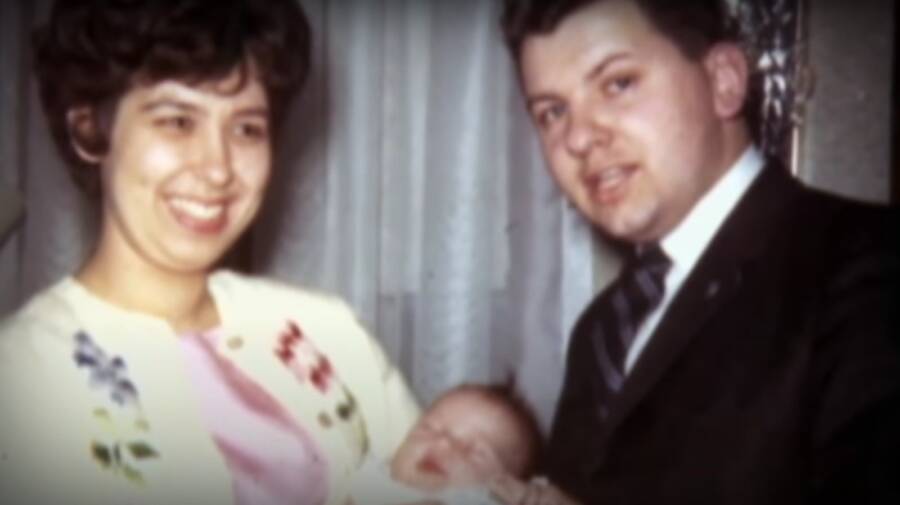 YouTubeJohn Wayne Gacy, his wife Marlynn, and one of their two children, Michael and Christine Gacy.

Christine Gacy’s father, John Wayne Gacy, was born into violence. He came into the world on March 17, 1942, in Chicago, Illinois, and suffered an abusive childhood at the hands of his father. Sometimes, John’s alcoholic father would hit his children with a razor strap.

“My father, on many occasions, would call John a sissy,” John’s sister, Karen, explained on Oprah in 2010. “And he wasn’t a happy drunk — sometimes he would turn into a mean drunk, so we had to always be real careful.”

John had to be especially careful because he had a secret — he was attracted to men. He hid this part of himself from his family, and from his father. But John found an outlet for his desires. While working as a mortuary assistant in Las Vegas, he once lay with the body of a dead teenage boy.

Despite this, John Wayne Gacy strove to have a “normal” life. After graduating from Northwestern Business College, he met Marlynn Myers and married her nine months later, in 1964. In 1966 they had a son, Michael, and in 1967, a daughter, Christine Gacy.

The future serial killer later called these years “perfect.” And Karen remembered that her brother had a sense in the late 1960s that he’d finally been accepted by their abusive and domineering father.

“John felt like he never lived up to Dad’s expectations,” Karen said. “[T]his went all the way into his adulthood until he married and had a son and daughter.”

But despite his “perfect” family, John Wayne Gacy had a secret. And it would soon come exploding into the open.

When Christine Gacy was around one year old, her father went to prison for sodomy. Two teenage boys had accused him of sexual assault, and John Wayne Gacy was sentenced to ten years at Iowa’s Anamosa State Penitentiary. On the same day of his December 1968 sentencing, Marlynn filed for divorce.

A little under a year later, on Sept. 18, 1969, she was granted the divorce as well as full custody of Michael and Christine Gacy. But though Marlynn filed for divorce based on “cruel and inhuman treatment” she admitted that the sodomy charge had come out of left field.

To the The New York Times, Marlynn later said that she had “problems believing that [John] was homosexual,” and added that he’d been a good father. He had never, she insisted, been violent with her or the children.

Karen, John’s sister, also didn’t believe the sodomy charge — because John Wayne Gacy had insisted upon his innocence. “I stop and think sometimes that maybe if he hadn’t been so believable, maybe the rest of his life wouldn’t have turned out like it did,” she said on Oprah.

From that point on, Michael and Christine Gacy grew up away from their father. They never saw him ever again. But as they faded out of public memory, John Wayne Gacy carved his name into it. In 1972, he started to kill.

The Horrific Murders Of The “Killer Clown”

After leaving prison early in 1970, John Wayne Gacy lived a double life. By day, he had a job as a contractor and a side gig as “Pogo the Clown.” He’d even remarried in 1971, this time to Carole Hoff, the single mother of two daughters.

But by night, John Wayne Gacy had become a murderer. Between 1972 and 1978, John killed 33 people, often luring them to his home with the promise of construction work. Once his victims were inside, John would assault them, torture them, and strangle them. Usually, he’d then bury the bodies beneath the house.

“There was always this kind of musty smell,” his sister Karen said on Oprah of her visits to John’s house during that period. “In later years, he kept saying that there was water standing under the house and he was treating it with lime [and] that’s what the mold smell was.” 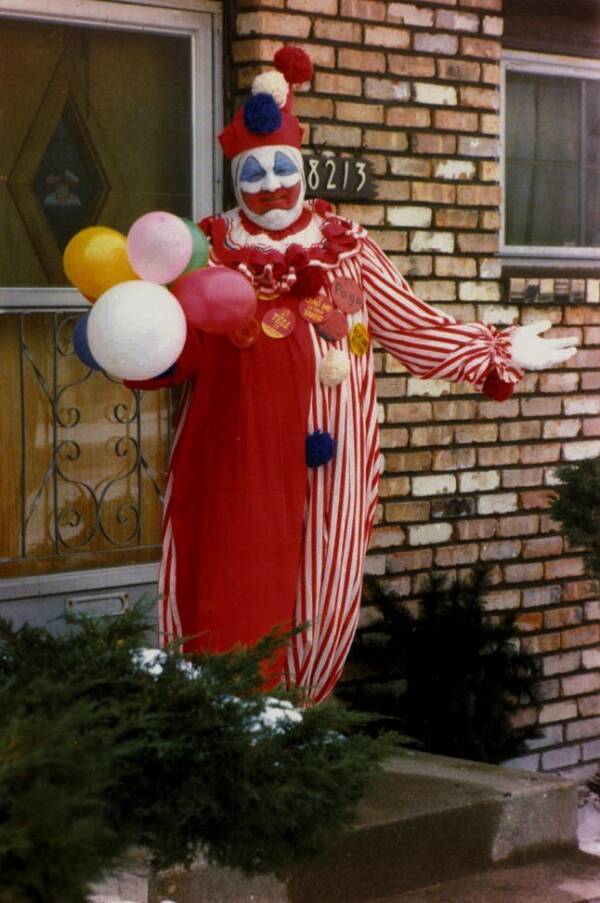 In the end, however, it wasn’t the smell that ended John Wayne Gacy’s murder spree. Police grew suspicious after they learned that John was the last person to see a missing teenager, 15-year-old Robert Piest. After securing a search warrant, they found evidence in John Wayne Gacy’s home that suggested he had multiple victims.

“We found other pieces of identification that belonged to other young male individuals and it didn’t take too long to see that there was a pattern here that the identifications belonged to people who were missing throughout the Chicago-metro area,” Chief of Police Joe Kozenczak told Inside Edition.

Police later found 29 bodies in the crawl beneath John’s house, and he soon admitted to tossing four more in the Des Plaines River — because he’d run out of room at home.

“I just couldn’t believe it,” Christine Gacy’s mother told The New York Times. “I never had any fear of him. It’s hard for me to relate to these killings. I was never afraid of him.”

In 1981, John was found guilty of 33 counts of murder. He was sentenced to death, and executed by lethal injection on May 10, 1994. But what happened to his daughter, Christine Gacy?

To date, Christine Gacy and her brother Michael have both avoided the spotlight. John Wayne Gacy’s sister Karen says that most of the family has reacted the same way.

“The name Gacy has been buried,” Karen said on Oprah. “I’ve never given my maiden name out … there have been a couple of times I didn’t even tell anybody I had a brother because I didn’t want that part of my life known.” 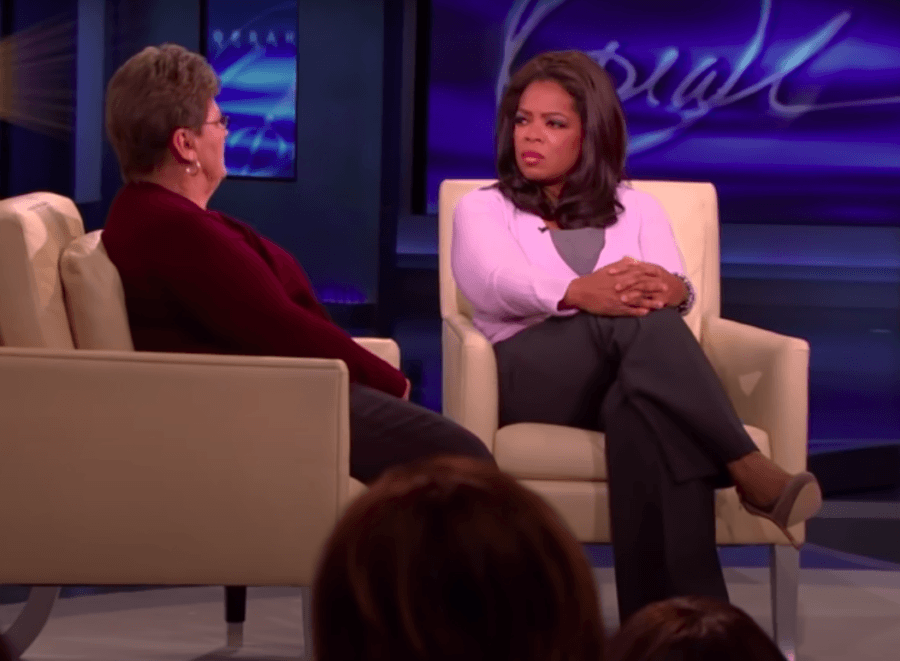 YouTubeJohn Wayne Gacy’s sister, Karen, says she has no contact with Christine Gacy or her brother Michael.

And John’s children, Karen said, have distanced themselves even further from their father’s legacy. Karen told Oprah that Michael and Christine Gacy have both rebuffed her attempts to stay in contact.

“I tried sending gifts to the children. Everything was returned,” she explained. “I often wonder about them, but if [their mother] wants a private life. I think she’s owed that. I think the children are owed that.”

To date, not much else is known about John Wayne Gacy’s children. They’ve never spoken publicly about their father, given interviews, or written books. Connected to John Wayne Gacy by blood, Christine Gacy and Michael stand as a footnote to his grisly story — but their own stories remain largely unknown.

After reading about Christine Gacy, discover the story of Ted Bundy’s daughter, Rose. Or, look through these haunting paintings by John Wayne Gacy.