How Did John Candy Die? Inside The Beloved Comedian’s Tragic Death

After years of struggling with drug addiction and overeating, John Candy died of a heart attack on March 4, 1994.

John Candy’s death stunned the world, but the comedian himself had anticipated his demise for decades. Ever since the death of his own father by heart attack 38 years earlier, the beloved comedian believed that he would meet a similar fate — and he did. 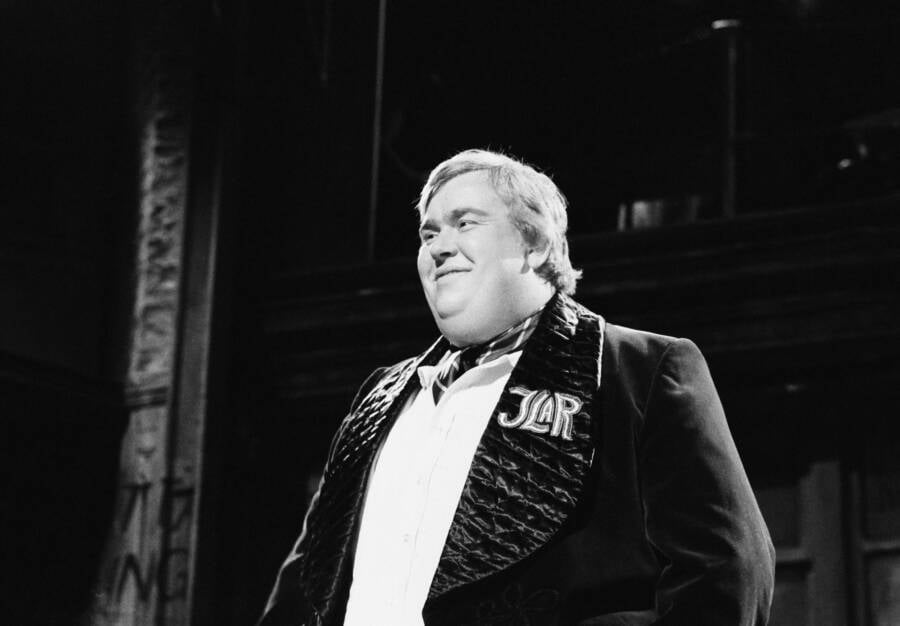 Alan Singer/NBCU Photo Bank/NBCUniversal/Getty ImagesJohn Candy’s cause of death would probably have come as no surprise to the comedian himself, who predicted he’d die much like his father.

Fans were likely shocked when John Candy died because they believed that the comedic icon was just as jovial and upbeat in real life as he was on the silver screen.

Indeed, Candy was a selfless animal lover and generously contributed to numerous charities. But his warmth and generosity were matched by a pack-a-day smoking habit, toxic dietary habits, and a cocaine addiction.

An interview with John Candy at his quiet suburban home in the 1980s.

According to his children, however, Candy did his best to take care of himself despite his vices. Perhaps he was still deeply affected by his formative years, during which his father died at age 35 and an injury prevented him from becoming the college football player he aspired to be.

But Candy found solace in comedy. He joined up with the improvisational group Second City in his native Toronto and later in Chicago. His writing work was widely recognized and awarded, and he was cast in some of the most iconic comedies of the 1980s.

Just like that, Candy became a household name. As his fame skyrocketed, however, so did his vices. Then, in 1994, John Candy died suddenly while filming a movie in Mexico.

He left behind two children, colleagues who remember him fondly, and movies that are Thanksgiving and Christmas staples. His life was rich and exciting, and John Candy’s death came as a blow to anyone who was touched by it. 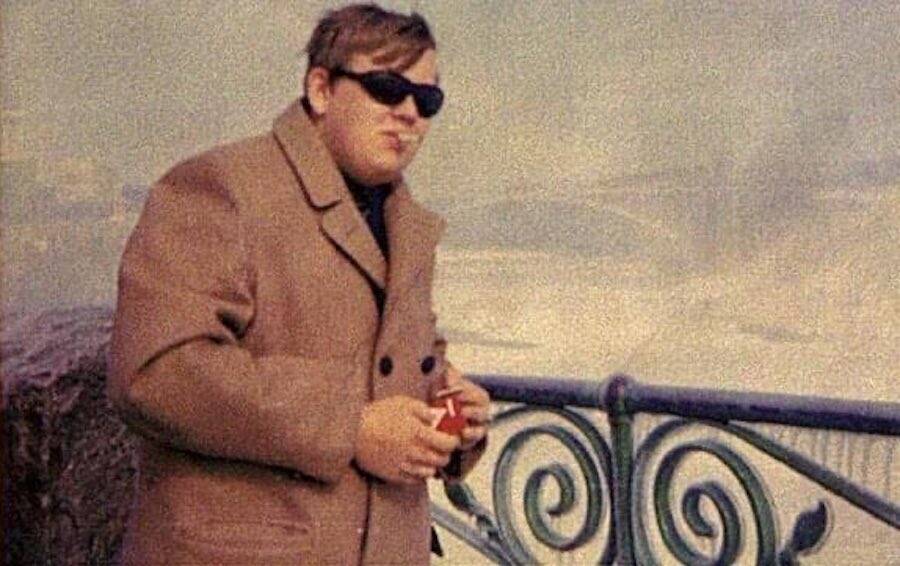 TwitterJohn Candy started smoking a pack of cigarettes per day when he was 18.

John Franklin Candy was born on Halloween in 1950 in Ontario, Canada. His parents were working-class and his father died suddenly of a heart attack when he was just five years old. His father’s heart condition and his own obesity would continue to be perilous themes in his life.

Throughout school, Candy was a formidable football player and hoped to go on to play in college, but a knee injury made that impossible. So he transitioned to comedy and later enrolled in Centennial College to study journalism. But his big break came in 1972 when he was accepted as a member of the Second City comedy improvisational troupe in Toronto.

He became a regular performer and writer for SCTV, the group’s television show, in 1977. And shortly after that, he was sent to Chicago to officially train with the troupe’s heavyweights. Then, John Candy’s career exploded. 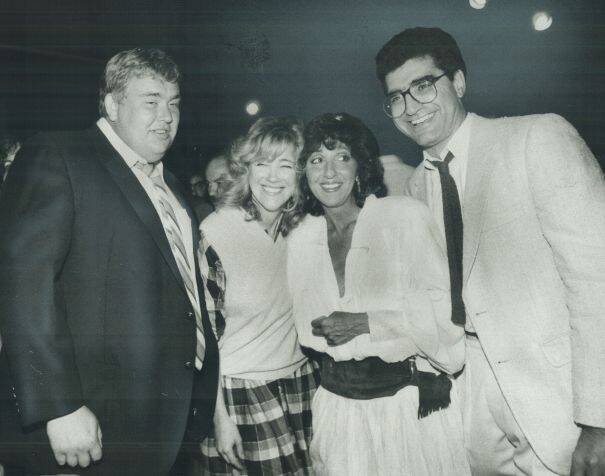 But behind Candy’s reputation as a funny man was his predilection for drugs and overeating. Though he often tried to diet and exercise, Candy would turn back to bad habits. It didn’t help that Candy’s career was also largely built on playing the big funny guy.

According to Carl Reiner, who directed Candy in Summer Rental in 1985, the comedian was overcome with a sense of fatalism. “He felt he had inherited in his genes a Damoclean sword,” he said, referencing the early death of Candy’s father. “So it didn’t matter what he did.”

Candy later admitted that his drug habit began in earnest when he moved to Chicago to perform at Second City. There, he joined the likes of Bill Murray, Gilda Radner, and John Belushi, all of who were heavy drug users.

“The next thing I knew, I was in Chicago, where I learned how to drink, stay up real late, and spell ‘d-r-u-g-s,'” said John Candy.

John Belushi’s fatal drug overdose made Candy quit drugs for a time. But he continued to smoke cigarettes and used food to quell his anxiety. When that didn’t work, panic and anxiety set in. Inner turmoil followed him to the set of his final film in Durango, Mexico — and hastened his demise.

The night before he died, John Candy reached out to several people. He called his co-stars and his children, who had no idea it would be the last time they would ever hear their father’s voice.

“I was nine. It was a Friday,” his son Chris recalled. “I remember talking to him the night before he passed away and he said, ‘I love you and goodnight.’ And I will always remember that.”

But his daughter Jen has a more tragic final memory of her father. “I remember my dad the night before. I was studying for a vocabulary test. I was 14. He had just come home for my 14th birthday, which is February 3, so I was talking to him on the phone, and, I hate this, but I was slightly distant because I was studying.” 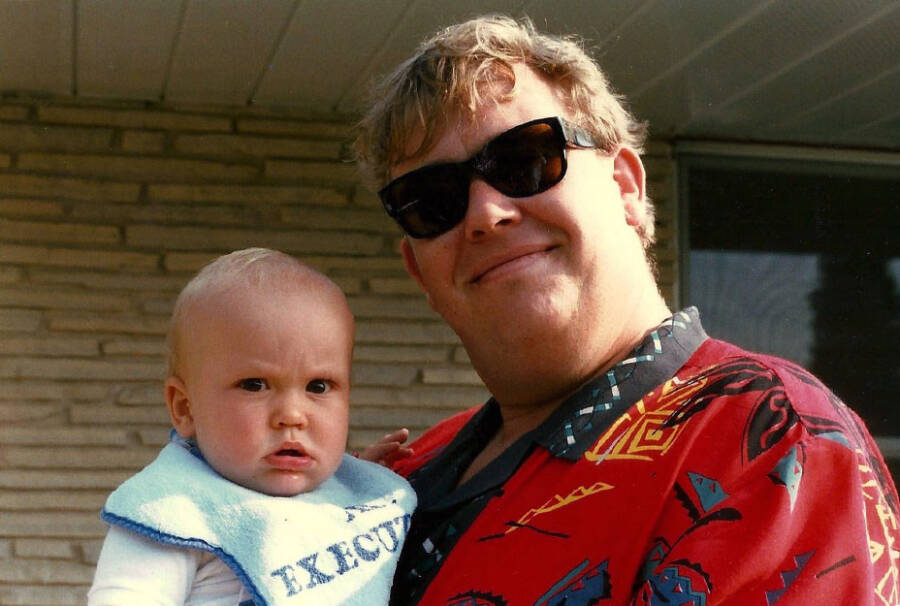 The Candy FamilyChris Candy with his father.

The next day, on March 4, 1994, 43-year-old John Candy returned to his hotel room after a day on the set of the Western parody Wagons East.

It had been a particularly good day of shooting, during which Candy reportedly believed he had just delivered one of the best performances of his career, and he celebrated by cooking his assistants a late-night dinner.

Yet Candy’s son Chris recalled how everyone on set could see how his bad habits had caught up with him. “Richard Lewis, who worked with him on that movie, told me he was so much fun and so funny, but when he looked at my dad, he looked so tired.” 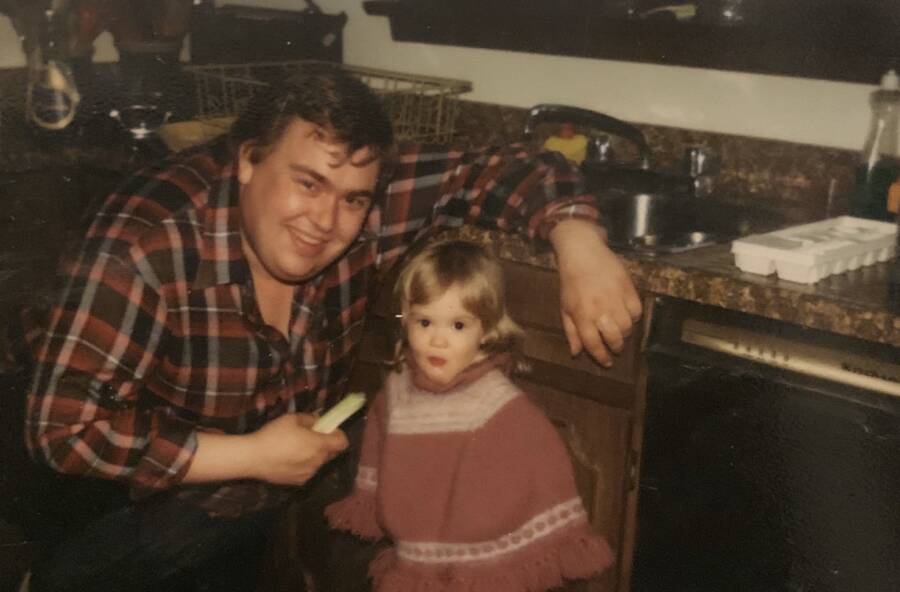 TwitterJennifer Candy regrets being curt during their last chat before John Candy died.

After dinner, Candy said goodnight to the cast and crew and retreated to his room to go to sleep. But he never woke up. John Candy died in his sleep, and his cause of death was heart failure — just like his father.

His children were pulled out of Friday mass at their school, St. Martin of Tours, and told the tragic news.

“I cried hysterically for five minutes, and then I stopped,” said Jennifer. “And then I was done crying in public for a while. It was a whirlwind after that point. That’s when we really knew about paparazzi because you had all the cameras.”

KOMO News 4 reports on the death of John Candy.

But his children also took solace in the positive outpouring at their father’s funeral.

“I remember when we were ready to take him to [Holy Cross Cemetery], they blocked off [Interstate] 405 from Sunset [Boulevard] all the way to Slauson [Avenue],” said Chris. “LAPD stopped traffic and escorted us all. I still can’t believe that. Whenever I feel like I lose the importance of him to people, I just remember that happened. They do that for the president.”

Before John Candy died, his comedic skills, openness, and humility made him beloved by all audiences.

“I think that’s what draws people into a lot of those characters, you felt for them,” explained his son Chris. “And that is something he came into the world with, that vulnerability.”

“He was a very sweet guy, very sweet, and complicated,” Martin said. “He was always friendly, always outgoing, funny, nice, and polite. But I could tell he had kind of a little broken heart inside him. He was a brilliant actor, especially in Planes, Trains, and Automobiles. I think it was his best work.” 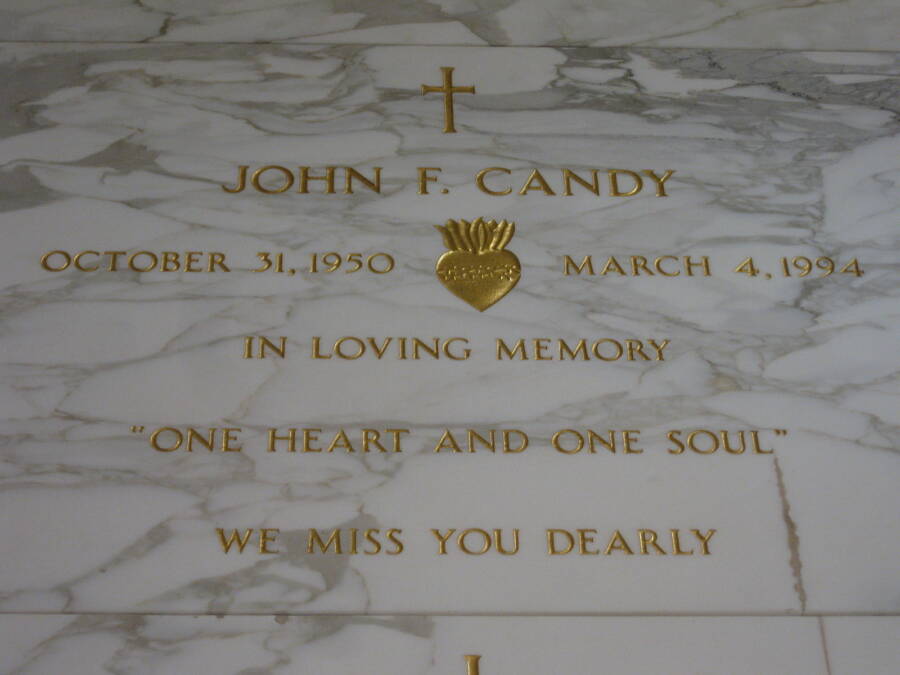 But Candy’s legacy was built on far more than mere movie stardom and acting talent. The comedian was a selfless contributor to charities like Make-A-Wish Foundation and the Pediatric AIDS Foundation. He rescued animals and felt a kinship to those who couldn’t change their conditions.

“He liked to make people laugh and feel good,” said his daughter Jen. “And with certain kinds of charity work, especially with kids, he could do that, and that made him feel good.”

After learning about how John Candy died, read about a similarly devastating demise, the death of James Dean. Then, learn about funnyman Phil Hartman’s death by murder-suicide.