Lowly newspaper reporter John McPhee just wanted to surprise some kids at a Christmas parade, but actually ended up scarring them for life. 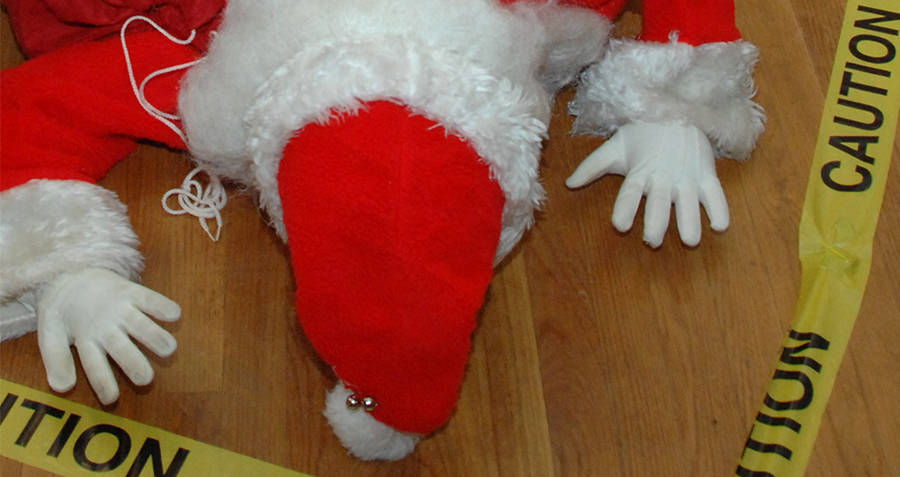 It started out as a perfect plan. A stuntman dressed as Santa Claus would leap from a plane over the town of Mesa, Ariz., and parachute down into the center of the town’s annual Christmas parade.

What actually happened, however, resulted in far less merriment, as the parachute never deployed, and the man responsible for the stunt was run out of town, branded as the “man who killed Santa Claus.”

A few days before the catastrophe, in early December 1932, newspaper editor John McPhee was looking for a way to promote the upcoming Christmas parade, held in Mesa every year. The year prior, the town’s Santa had arrived by plane, though it had been a grounded one and Santa had simply walked down the steps onto the tarmac. This year, McPhee wanted his arrival to be something special.

So, naturally, he decided to take the plane thing a step further. As Mesa was a small farming community, he figured the residents would be completely in awe when St. Nick fell from the sky, as they certainly hadn’t seen many parachuters in their day.

Satisfied with his plan, McPhee called up a pilot from a nearby airport. The pilot put him in contact with an aerial stuntman, who agreed to dress up in a Santa suit and jump from a plane hovering from 3,000. In the interest of safety, the stuntman suggested that he land in a nearby field, to minimize the risk of him landing on anything. Then, he said, he could be driven into town by police escort to hand out presents. 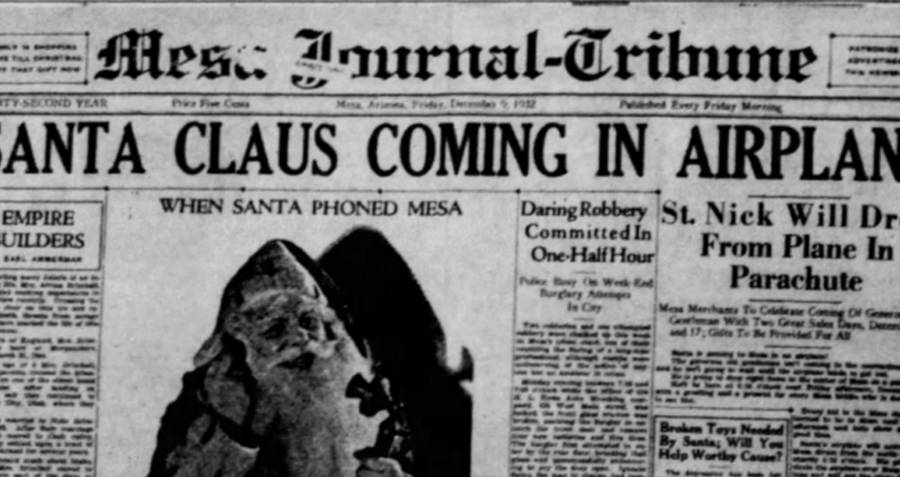 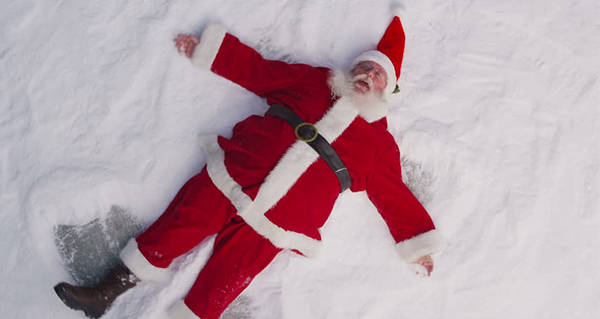 McPhee agreed, and the plan was put in motion. A local newspaper picked up the story, drawing attention to the incredible feat that was about to be performed. Local store owners also began to advertise the event. As the town was struggling with the effects of the Great Depression, business owners believed that an event this exciting would bring customers to the town, and to their stores.

Finally, on Dec. 16, the day arrived. Hordes of people from neighboring towns descended upon Mesa, eager to catch a glimpse of old Saint Nick flying through the sky.

Equally as eager to get his show on the road, John McPhee went to go make sure his stuntman was prepared for takeoff. Instead, he found the man at a local bar, totally inebriated. After realizing he was too intoxicated to ever hope to make it into the plane, let alone out of it, and realizing that should there be no show, he would have every townsperson and storekeeper asking for his head, McPhee improvised.

He convinced a local clothing store to let him borrow one of their mannequins and dressed it up in the stuntman’s Santa suit. Then, he rigged the fake Santa with an automatic parachute, like those used by the military to make cargo drops. As they reach a certain altitude, the parachute automatically deploys, letting the load drift safely to the ground.

His theory was that being so far away from the ground, and landing in a nearby field, the townspeople – specifically the children – wouldn’t be able to tell the difference between the mannequin and a real person. Then, McPhee himself would retrieve the dummy, dress in his suit and beard, and play the part of Santa.

And so, in front of the “largest crowd in [Mesa’s] history,” a plane loaded with a plastic Santa Claus took off. At 4:15 p.m., right on schedule, the door of the plane opened, and the pilot pushed out the mannequin. 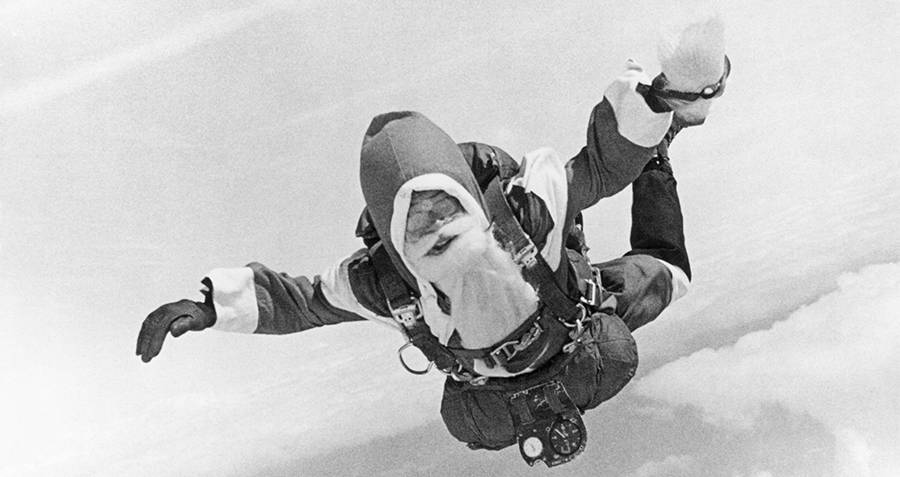 Below, that largest crowd of people Mesa had ever seen watched Santa plummet to the ground like a rock. Children began screaming, parents attempted to console them, and unsuspecting workers in a nearby field bolted at the sight of a man, rocketing toward them.

Attempting to control the panic, John McPhee stuck to his plan, donning the suit from the mannequin and riding into town with the police escort. However, the damage had already been done. The panic of seeing Santa’s “death” had caused children to become hysterical, parents to become enraged, and prompted one woman to go into premature labor. Though the parade continued, it was in front of a crowd of solemn onlookers.

McPhee attempted to cover for the catastrophe by claiming that Santa’s ability to survive was part of his magic, the same kind that helped him deliver gifts to all the children of the world each year, but hardly anyone bought it.

They did, however, buy some things – hundreds of presents. It seemed that parents, in an attempt to undo at least some of the trauma inflicted on their children, had gone overboard gift shopping that year, and brought hundreds of dollars to the local store owners. So, in some way, the event did, in fact, accomplish one of its goals.

Though the children were momentarily placated by their gifts, it seemed there was nothing McPhee could do to placate their parents. Though days and weeks went by, the death of Santa Claus was all anyone could talk about. Even worse, John McPhee had been branded as “the man who killed Santa” and eventually he was forced to move north to a town in Colorado.

To this day, the town of Mesa, Arizona, continues to revel in their history, with annual retellings of the story.

Next, check out the actual grave of the actual Santa, located in Turkey. Then, read about how researchers discovered a bone fragment that they believe belonged to St. Nicholas.