The Great Smog Of London That Killed 12,000 People And Took 64 Years To Solve

Scientists are now hoping that their research on the Great Smog of London will lead to other environmental breakthroughs and help solve problems in countries with high air pollution rates. 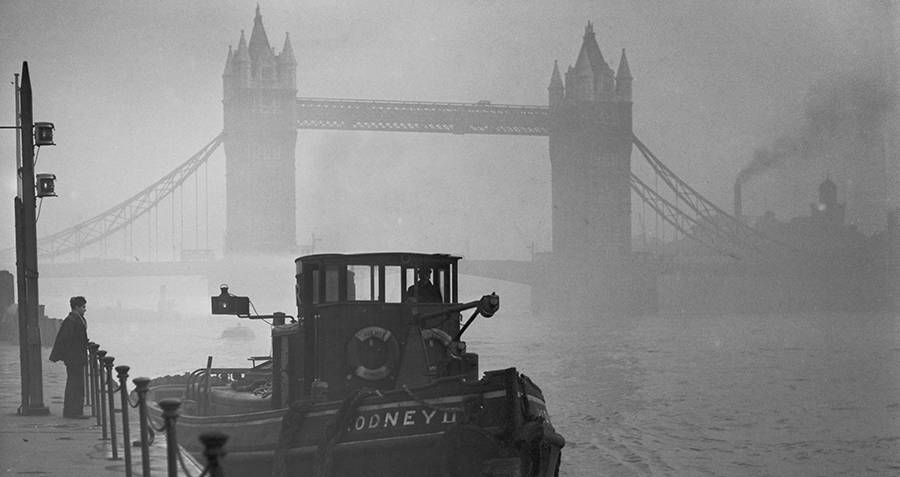 A strange fog, yellow-black in color and thicker than even the native residents of the always foggy London had never seen before. The smell of the fog was different too, a smoky, chemical smell. People stuck outside as it appeared found themselves gasping for air, unable to breathe the thick, almost opaque air.

Though they didn’t know it yet, the residents of London were experiencing what has come to be known as one of the deadliest environmental disasters to date. Before the smog lifted, 12,000 people would be dead and it would take almost 65 years for experts to figure out why.

The Great Smog of London, a mixture of smoke and fog, was the result of a series of several unfortunate coincidences.

Several days prior to the great smog, a cold front had moved in which caused Londoners to use their coal-burning stoves more often than they had been. Thus, smoke was being cranked out of chimneys at a higher rate. 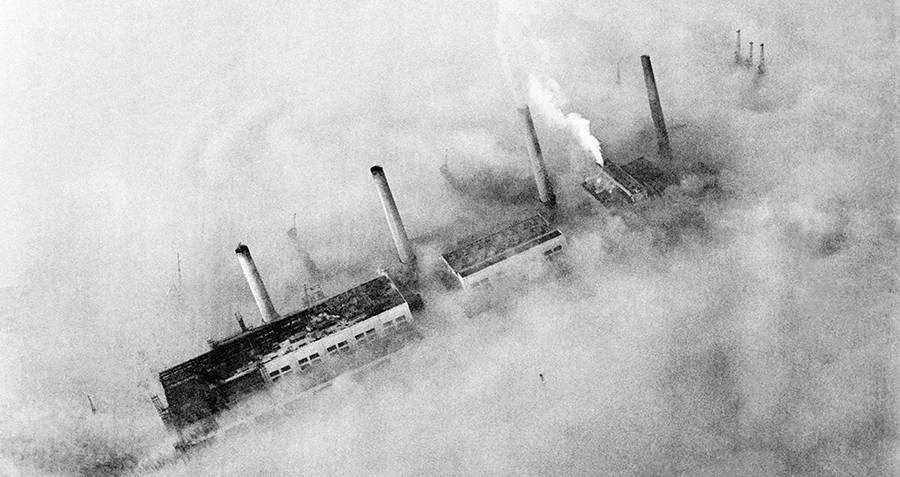 Additionally, Dec. 5 was a particularly still day. Rather than the usual 5-10 mile per hour gusts that the riverside city usually experienced, there was almost no wind, causing the smoke from the chimneys to linger above the streets rather than be blown away.

On top of the chill and the stillness, the city was directly under an atmospheric anticyclone, which creates a circle of circulating air with an area of dead space in the center. The anticyclone above London effectively created a bubble around the city that prevented fresh air from getting in and the smog from escaping.

The Great London Smog was so thick it essentially shut the city down. Visibility was reduced to almost nothing, causing residents to abandon their vehicles in the middle of the roads. The poor quality of the air made walking outside almost impossible, as the levels of pollutants had created a toxic atmosphere. 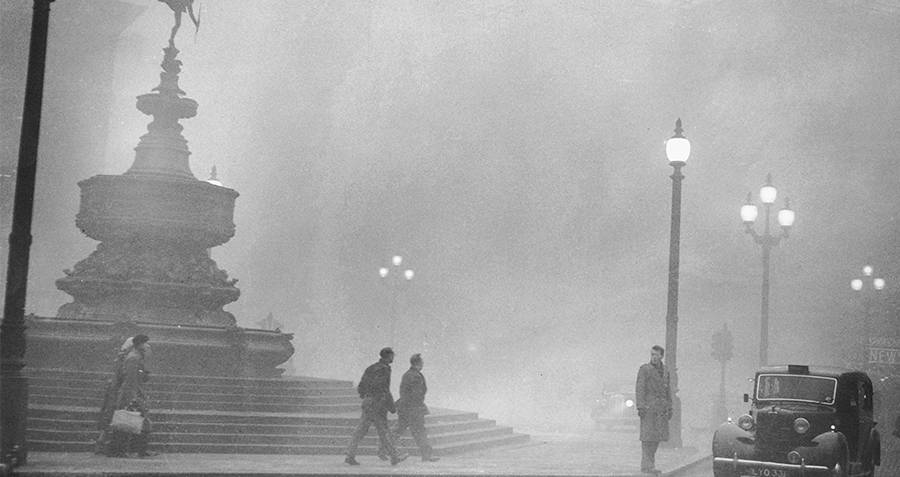 Those who were outside during the fog, nicknamed the “pea-souper” for its yellowish-black color, suffered numerous health effects. Cases of respiratory tract infections, hypoxia, bronchitis, and bronchopneumonia were all reported by doctors, and the death toll soon reached 12,000. A later study revealed that high levels of sulfuric acid in the smog greatly contributed to the deaths.

How exactly the sulfuric acid found its way into the air that day remained a mystery for almost 65 years. It wasn’t until November 2016 that a global team of scientists announced that they had finally solved the mystery.

The scientists claimed that the sulfur dioxide entered the atmosphere mostly through coal burning. 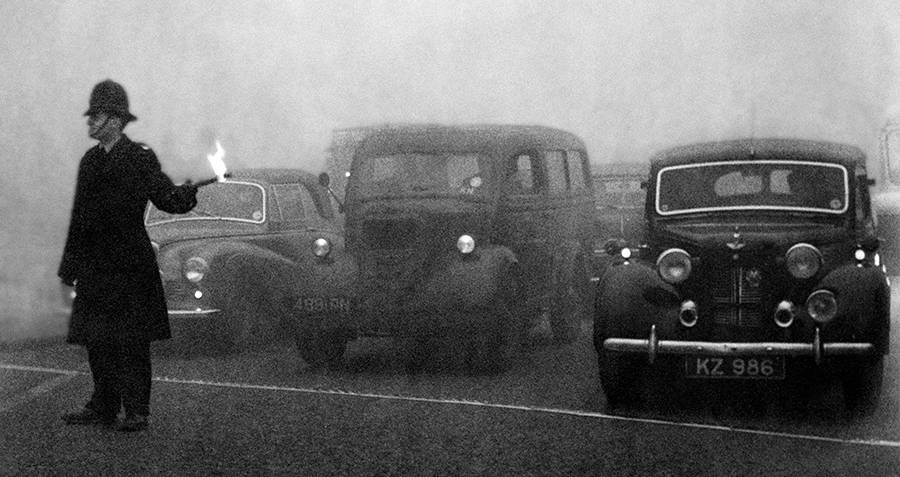 “People have known that sulfate was a big contributor to the fog, and sulfuric acid particles were formed from sulfur dioxide released by coal burning for residential use and power plants, and other means,” said research project leader Dr. Renyi Zhang, a professor at Texas A&M University.

“But how sulfur dioxide was turned into sulfuric acid was unclear. Our results showed that this process was facilitated by nitrogen dioxide, another co-product of coal burning, and occurred initially on natural fog.”

The scientists are now hoping that their research will lead to other environmental breakthroughs and help solve problems in countries with high air pollution rates, such as China.

The fog, though deadly, did force parliament to look into the impact of humans on air pollution. Just four years after the Great Smog of London, the U.K. enacted the Clean Air Act of 1956, banning the burning of all pollutants across the United Kingdom.

Next, check out this giant blob of poop, fat and condoms that blocked Londons sewer system last fall. Then, read about another scientific mystery that took years to solve, the mystery of Antarctica’s Blood Falls.