Feats Of Strength? Peru Has A Festivus-Like Holiday Called Takanakuy Where Everyone Fights [VIDEO]

The festival takes place every year on Christmas day, so the residents can start the new year with renewed bonds, resolved conflict, and greater peace.

Each year, the residents of a small Peruvian town get together to celebrate the holidays. They celebrate much like anyone does, with dancing, drinking, merriment, and, of course, a good old-fashioned Festivus-like public fistfight during something called Takanakuy.

Even if you’re even just a casual Seinfeld fan, chances are you’ve heard of “Festivus.” Festivus – the holiday for the rest of us – is a sort of anti-holiday invented by Seinfeld writer Daniel O’Keefe’s father. During Festivus, a family sets aside their individual denominational holiday celebrations and to sit around a table to complain about each other.

Now, while Festivus may be a fake holiday (held every Dec. 23), we can assure you that the sentiment is very much real. Especially for the Peruvian province of Chumbivilcas. Each year, on Christmas Day, the residents of Chumbivilcas hold a Festivus-like festival known as Takanakuy.

Takanakuy, is much like any other holiday celebration, filled with dancing, drinking, eating and dressing up, though with one added attraction – a series of public fistfights. 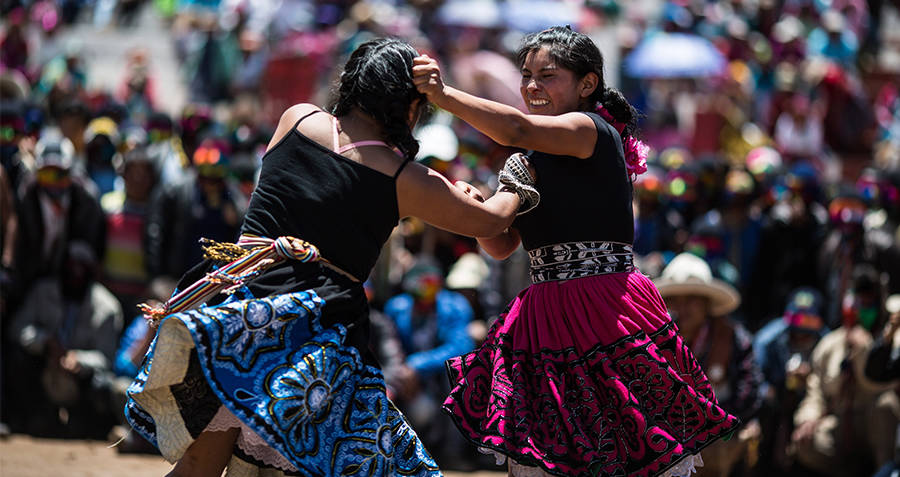 Getty Images
Two women fight each other during Takanakuy.

The townspeople spend the day dressing in elaborate costumes, depicting animals, mythological creatures, and historical figures, and consume traditional Peruvian food and drink. After all of the dancing, drinking, eating and dressing up, the town congregates at their local sporting arenas to watch members of their community duke it out. Children often dress up as their parent’s characters, to cheer them on in their respective fights.

Anyone is eligible to fight in the rings, regardless of age or gender. Like Festivus, the purpose of Takanakuy – which literally translates to “when the blood is boiling” – is to air one’s grievances, which have spent the entire year building up, so that they may enter the new year with renewed community strength, resolved conflict, and greater peace. 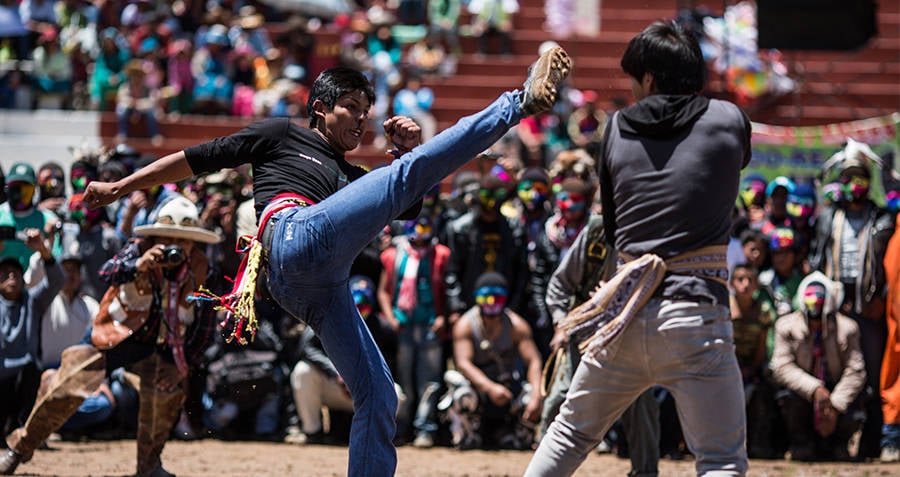 In the interest of safety, the fights are intended to be less “Rocky,” and more “Karate Kid.” The fighting is intended to more closely resemble organized martial arts sparring, rather than an all-out brawl, though as many pictures depict, it often escalates. There are rules, to keep participants organized, such as no biting, hair pulling, or hitting someone once they are already down, and an official is present to maintain order. 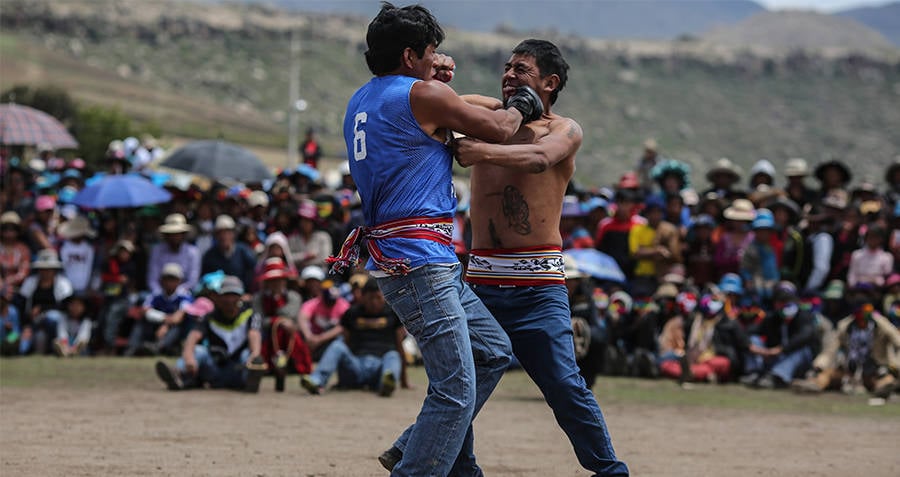 Most of them are relatively quick, with some ending in less than a minute, and in the spirit of forgiveness and moving forward, the fights each begin and end with a cordial handshake. If the loser disagrees with the outcome, however, they can appeal for another fight.