Josh Duggar was a star on TLC's 19 Kids And Counting — then he was accused of molestation and convicted of downloading child pornography on his work computer. 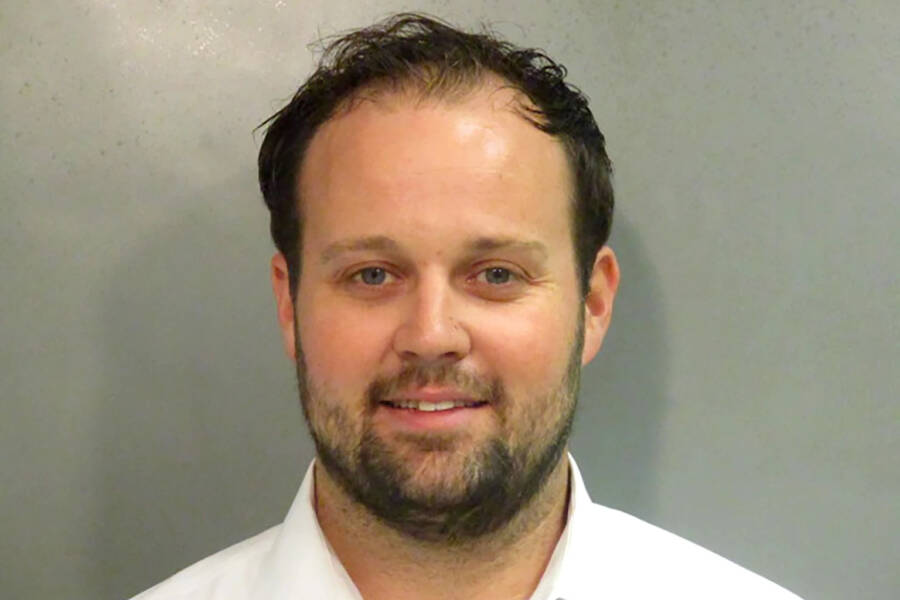 Washington County SheriffFormer reality star Josh Duggar faces up to 40 years in prison and $500,000 in fines.

For viewers of the reality television show 19 Kids and Counting, the crimes of Josh Duggar came as a shock. An apparently devout Baptist and family man, he was arrested for downloading and possessing child pornography in April 2021. And after being found guilty on Thursday, he now faces up to 20 years in prison and a $250,000 fine — for each count.

The trial of Josh Duggar in Fayetteville, Arkansas, lasted six days and saw jurors confronted with graphic evidence. Testimonies detailed allegations that Duggar had molested four of his sisters as a minor, researched privacy software as an adult, and procured images of child sex abuse depicting children younger than 10.

But although the conclusion of this case was a victory for the prosecution, Josh Duggar’s crimes had long been foreshadowed by a series of harrowing rumors and cold premeditation.

’19 Kids And Counting’ Stardom And Accusations Of Sexual Abuse

In 2008, the Duggar family made its American television debut with the TLC reality show 19 Kids and Counting. Set in Tontitown, Arkansas, the series chronicled the devoutly Christian lives of Jim Bob and Michelle Duggar and their 19 children — of which Josh Duggar was the eldest. 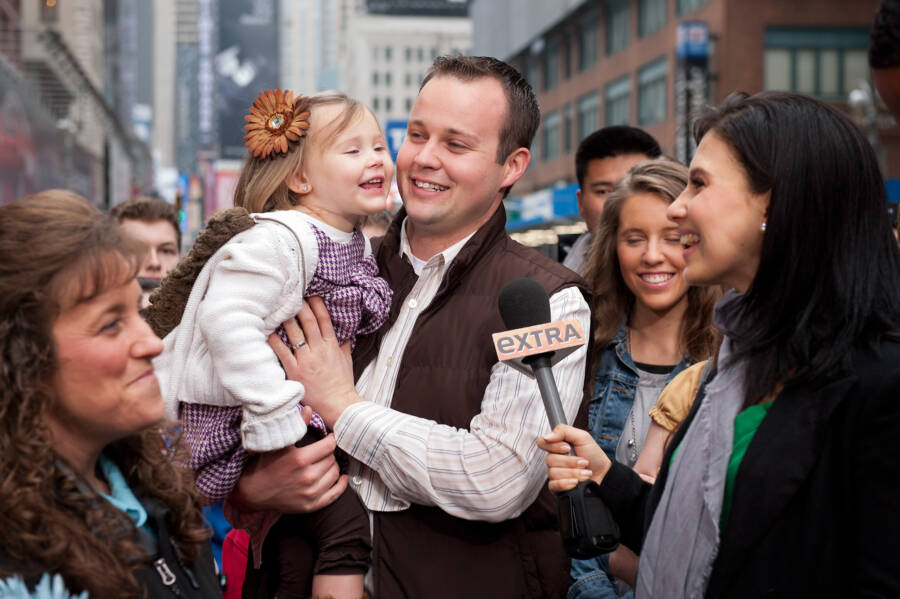 D Dipasupil/Getty ImagesJosh Duggar and his daughter being interviewed in New York City in 2013. Allegations that Duggar had molested his sisters would emerge two years later.

Then in 2015, TLC canceled the lucrative program after a series of disturbing reports emerged that Josh Duggar had molested four of his sisters and babysitter from the ages of 12 and 15 years old — and that his parents had been aware.

The revelation came from a 2006 police report detailing that Duggar had been investigated for those crimes but never charged because the statute of limitations had expired.

Further trouble met Duggar in 2015 when a hack into the extramarital dating website Ashley Madison exposed him as a user. According to NBC News, he publicly apologized and entered rehab.

“I am so ashamed of the double life that I have been living and am grieved for the hurt, pain, and disgrace my sins has caused my wife and family, and most of all Jesus and all those who profess faith in him,” he wrote. “I have brought hurt and a reproach to my family, close friends, and the fans of our show with my actions.” 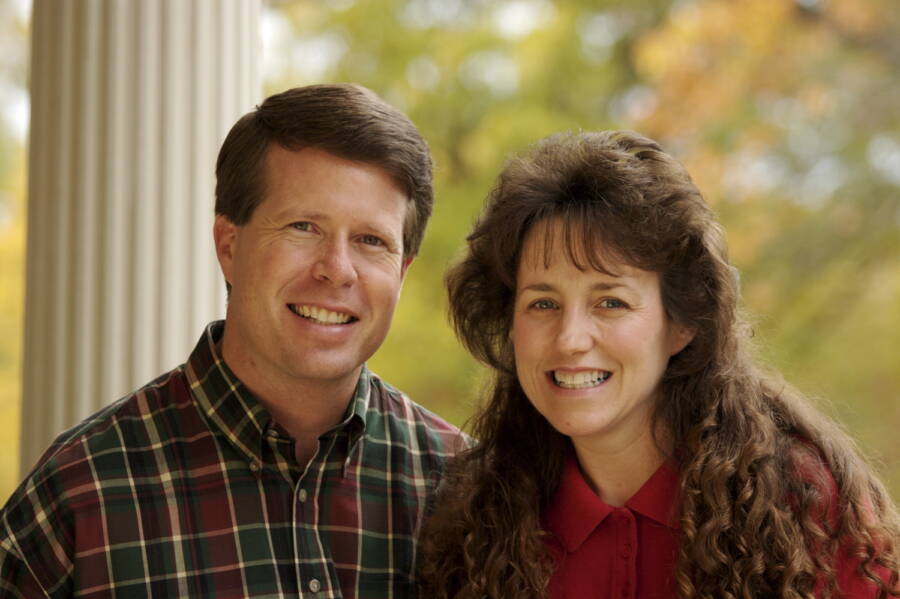 Wikimedia CommonsJim Bob and Michelle Duggar prayed “that the truth, no matter what it is, will come to light.”

But even as TLC took 19 Kids and Counting off the air, it gave Josh Duggar and his siblings a spin-off called Counting On that aired until Duggar’s arrest on child pornography charges in April 2021.

Some of the images depict children younger than 10, and one particularly disturbing video shows a three-month-old infant being stripped naked and tortured with hot wax.

“The infant is crying and screaming,” recalled agent James Fottrell of the Department of Justice. “It’s one of the most offensive videos that I’m familiar with throughout my whole career.”

Following Josh Duggar’s arrest, his mother and father, who is currently running for an open state senate seat as a Republican in Arkansas, stood by him.

“The accusations brought against Joshua today are very serious,” they said. “It is our prayer that the truth, no matter what it is, will come to light, and that this will all be resolved in a timely manner. We love Josh and Anna and continue to pray for their family.”

And when Josh Duggar’s trial began on Nov. 30, 2021, the prosecution and its witnesses boldly illuminated the harsh truth of his crimes — despite several attempts by the defense to exclude evidence and offer a competing narrative of the pornography on his computer. 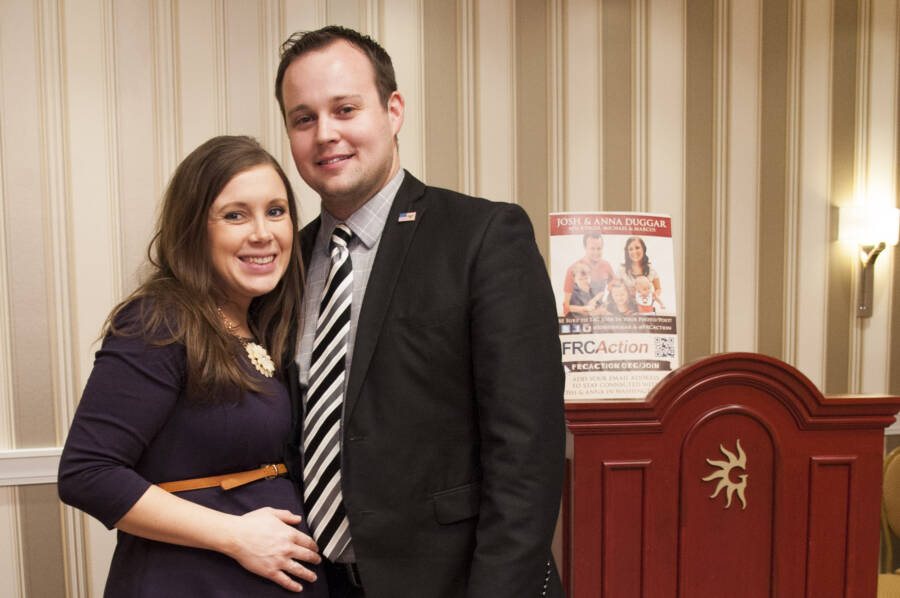 Initially, Duggar’s defense tried to shield jurors from his past allegations of child molestation because he was never charged. But U.S. District Judge Timothy Brooks shot the motion down.

“[The] child pornography victims in this case are approximately the same ages as the victims of defendant’s hands-on child-molestation offenses,” argued Brooks.

Then, Josh Duggar’s lawyer, Justin Gelfand, argued that anyone could have downloaded child pornography to his work computer and that Duggar was an unwitting and exploited victim of someone else’s crime. He even told the jury that the case was “a classic, old fashioned whodunit.”

But digital forensics experts Michele Bush and Daniel Wilcox provided the prosecution with geolocation evidence that the images were downloaded while Duggar was the “only paid employee on the lot” at Duggar’s Wholesale Motorcars.

Moreover, they testified that the computer held elaborately-designed privacy systems in place, including a secret, password-protected second operating system that contained the illegal material. And the password to that operating system, they added, showed similarities to Duggar’s other passwords.

Finally, the prosecution entered 65 images found on Duggar’s hard drive into evidence, all of which had been downloaded on May 14, 15, and 16 of 2019. The case, which was prosecuted under the Justice Department’s “Protect Safe Childhood” initiative, heard closing arguments on Dec. 8. 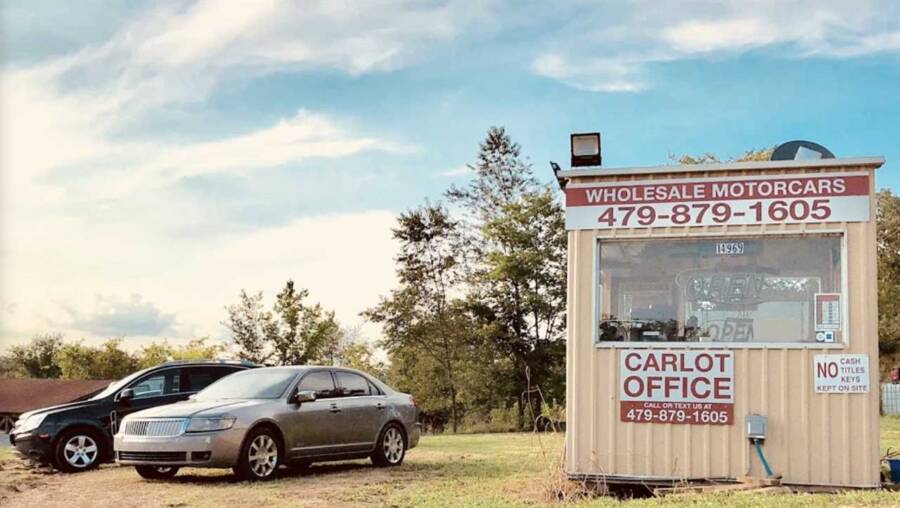 Google MapsThe child sex abuse images were downloaded onto a work computer at the Duggar’s Wholesale Motorcars lot, which is now permanently closed.

After six days of testimonies and seven hours of deliberation, jurors reported their verdict.

They found Josh Duggar guilty of receiving and possessing images of child sex abuse. In total, the charges bring with them a sentence of up to 40 years in prison and fines of up to $500,000.

After the verdict was read, Josh Duggar was led away in handcuffs by U.S. Marshalls, stopping briefly to tell his wife, “I love you.” Duggar and his wife have seven children, the youngest of which was just born in November.

According to People, sentencing will occur in about four months — but U.S. Attorney Clay Fowlkes is already satisfied.

“This verdict sends the message that these cases are a top priority for our office,” Fowlkes said.

“This verdict also demonstrates that no person is above the law. Regardless of wealth, social status, or fame, our office will continue to seek out all individuals who seek to abuse children and victimize them through the downloading, possession, and sharing of child pornography.”

After reading about the crimes of Josh Duggar, learn about the “world’s worst pedophile,” Peter Scully. Then, read about the couple who sold their son to pedophiles on the dark web.