Also known as La Maupin, Julie D'Aubigny was famous for her beautiful voice in the world of French opera, but she was also a formidable fencing master. 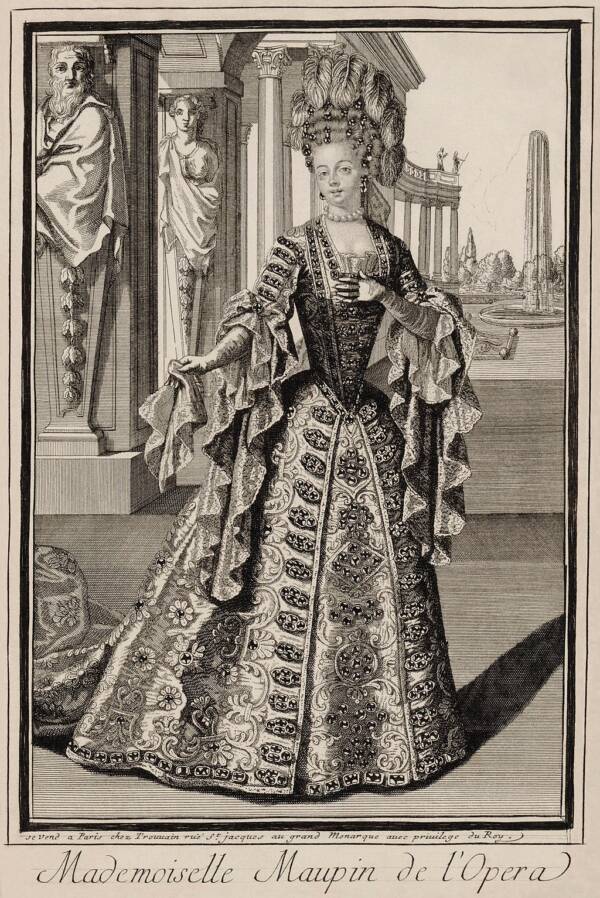 Bibliothèque nationale de FranceA print of Julie D’Aubigny from circa 1700.

On stage, she was known as La Maupin. Off-stage, Julie D’Aubigny caused so many scandals that she had to plead for a royal pardon – twice.

Raised on the edge of King Louis XIV’s court, D’Aubigny fought duels, wooed lovers, and broke the law. She seduced a noblewoman in the middle of a royal ball and dug up a dead nun to pull off a con.

D’Aubigny never turned down a challenge – or an opportunity to add to her list of conquests. And although her legend has doubtlessly been embellished over the years, she remains a one-of-a-kind 17th-century revolutionary.

Born around Paris in the early 1670s, Julie D’Aubigny had an unusual childhood. Raised by her father, a master swordsman, young D’Aubigny learned to gamble and fight instead of studying more traditionally feminine pursuits.

D’Aubigny’s father worked for King Louis XIV’s Master of Horse, the Count d’Armagnac. So, she spent her days with the king’s pages. Royal tutors instructed Julie and the pages in literature and grammar.

Outside of class, D’Aubigny practiced fencing. Master swordsmen trained the young girl. And at 12, d’Aubigny could best any of the boys in a swordfight. 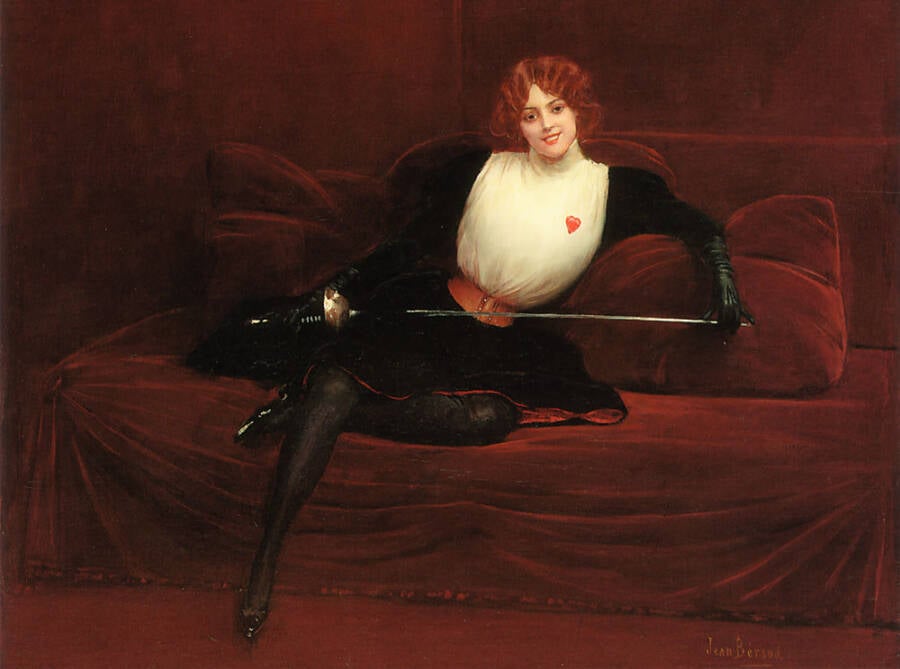 It wasn’t long before D’Aubigny caught the attention of the Count d’Armagnac. When she was still a teenager, she became the count’s mistress.

To cover up their affair, the count arranged a marriage for D’Aubigny. At 17, around the time her father died, d’Aubigny married Jean de Maupin, a clerk. The count quickly sent the clerk off to rural France so the affair could continue.

But Julie d’Aubigny refused to settle for one man – or one woman. Soon, she found herself fleeing Paris with another lover who killed his rival in a duel.

Parisian police chased after Julie D’Aubigny and her lover, the master swordsman Séranne. But no one knew her name – or her scandalous past – in the south of France.

D’Aubigny and her lover transformed themselves into traveling performers. Across the countryside, they held fencing demonstrations. D’Aubigny often dressed in men’s clothes, her golden curls the only clue to her gender. And sometimes the pair added singing to their performances.

With a natural talent for music, D’Aubigny found herself offered a role at the Opera de Marseille. Opera became her passion – and she performed under the stage name La Maupin.

But leaving Paris did not mean leaving scandal behind. In the south of France, D’Aubigny fell in love with a young woman named Cécilia Bortigali. Scandalized, the Bortigali family sent Cécilia to a convent.

That didn’t stop D’Aubigny. She simply joined the convent and continued her affair with Cécilia. When convent life grew dull, the lovers placed a corpse in Cécilia’s bed and lit the room on fire. 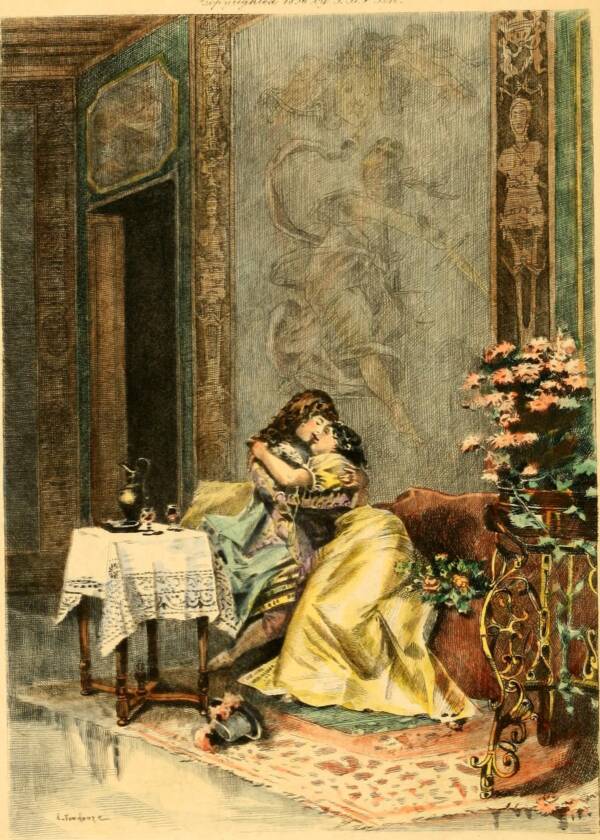 The plot was meant to fake Cécilia’s death so the two could leave the convent. But the plan unraveled when authorities identified the body as a recently deceased nun and sentenced La Maupin to death.

By then, D’Aubigny had fled once more, heading home to Paris and the opera.

On her way to Paris, Julie D’Aubigny got into a bar fight. She challenged three men to a duel, besting all of them. One of the men was the son of a duke. After running his shoulder through with her blade, she and the duke reportedly became lovers.

But a death sentence still hung over La Maupin’s head. So once she reached Paris, she visited the Count d’Armagnac.

The count agreed to speak with King Louis XIV about a royal pardon. Amused by the swashbuckling opera singer, the king granted the pardon. That cleared the way for D’Aubigny to pursue a career with the Paris Opera. 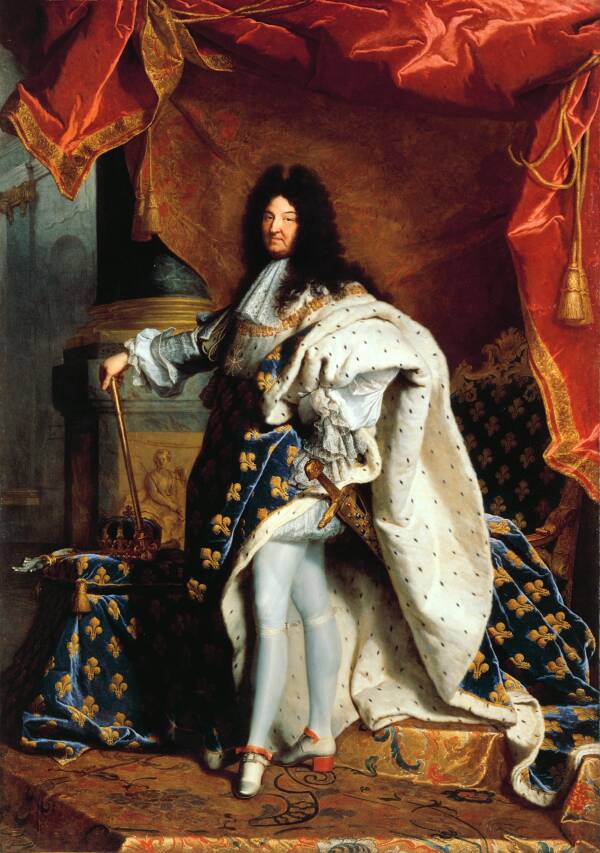 La Maupin took to the stage four nights a week, regaling audiences with her voice. One listener declared that La Maupin had “the most beautiful voice in the world.”

The angry suitors challenged D’Aubigny to a duel. She soundly defeated all of them, one by one. But Louis XIV had recently outlawed dueling. Once more, she had to flee the law.

After spending a year in Brussels, romancing the Elector of Bavaria, D’Aubigny returned and begged a second pardon from the king. With a grin, Louis declared the law only banned men from dueling – once again letting La Maupin off the hook.

The Scandalous Life of Julie D’Aubigny

On stage, Julie D’Aubigny was just as passionate as she was off stage. During one performance, she bit her lover’s ear until it bled. In another, during the moment her character committed suicide, La Maupin stabbed herself and drew blood. 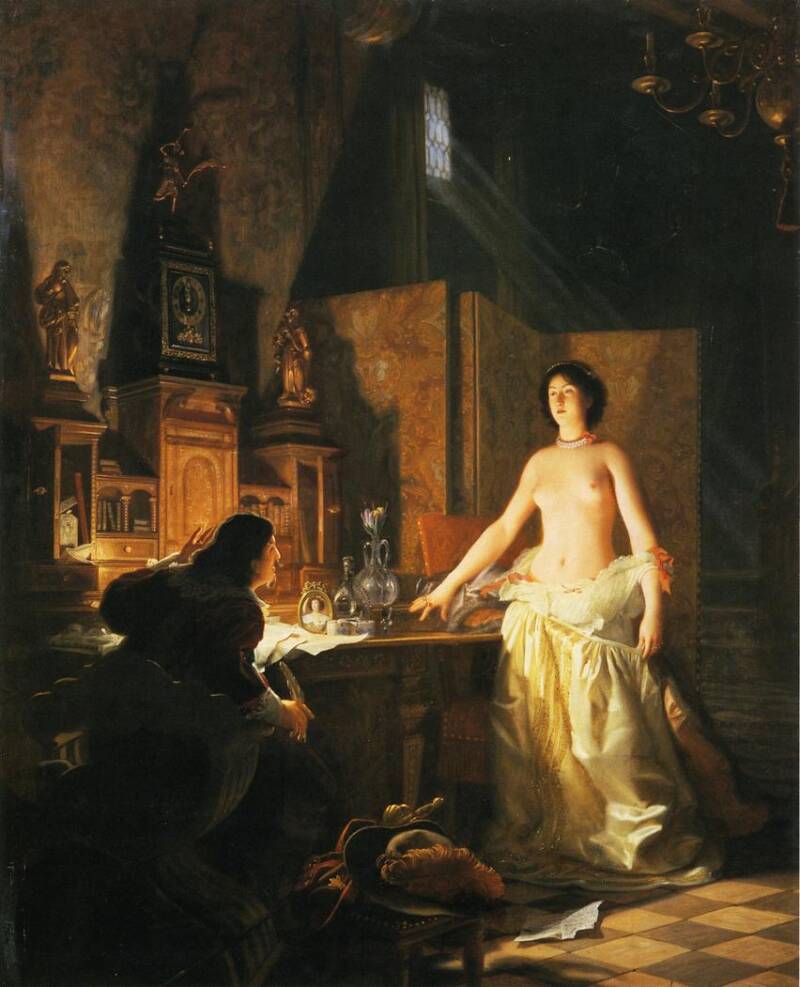 In one of her most celebrated performances, La Maupin played the role of an Arabian warrior princess. On stage, D’Aubigny appeared in full armor, battling the male lead. She was perhaps the only opera singer in France who could convincingly pull off the role.

D’Aubigny had no interest in following social conventions. Still technically married to Jean de Maupin, she took another lover in 1703: Madame la Marquise de Florensac. The pair stayed together for two years – the longest romantic relationship in D’Aubigny’s life – until Florensac died.

Bereaved, Julie D’Aubigny retired from the stage and retreated from public life. She died in 1707 at the young age of 37.

History remembers La Maupin in large part because of her singing career. But she was without a doubt not the only sword-fighting bisexual in early modern France. Women like Julie D’Aubigny broke society’s norms loudly – and for every Julie history remembers, thousands more likely existed, hidden from view.

Julie D’Aubigny was a fighter and a lover – but above all, she chased scandal. Next, read about the cross-dressing women pirates Anne Bonny and Mary Read. And then, learn about Tomoe Gozen, Japan’s fierce woman samurai.