The Legend Of Tomoe Gozen: Japan’s Most Fearsome Female Samurai

Legend has it Tomoe Gozen commanded as many as 1,000 men and that she was as fearless and ruthless as she was beautiful.

Although most of Japan’s fearsome samurai warriors were men, there were some women who bucked social norms to become skilled and deadly fighters — like the fearsome and infamous 12-century samurai Tomoe Gozen.

The term samurai means “to be on one’s guard” and was initially used to describe a noble caste of aristocratic warriors. 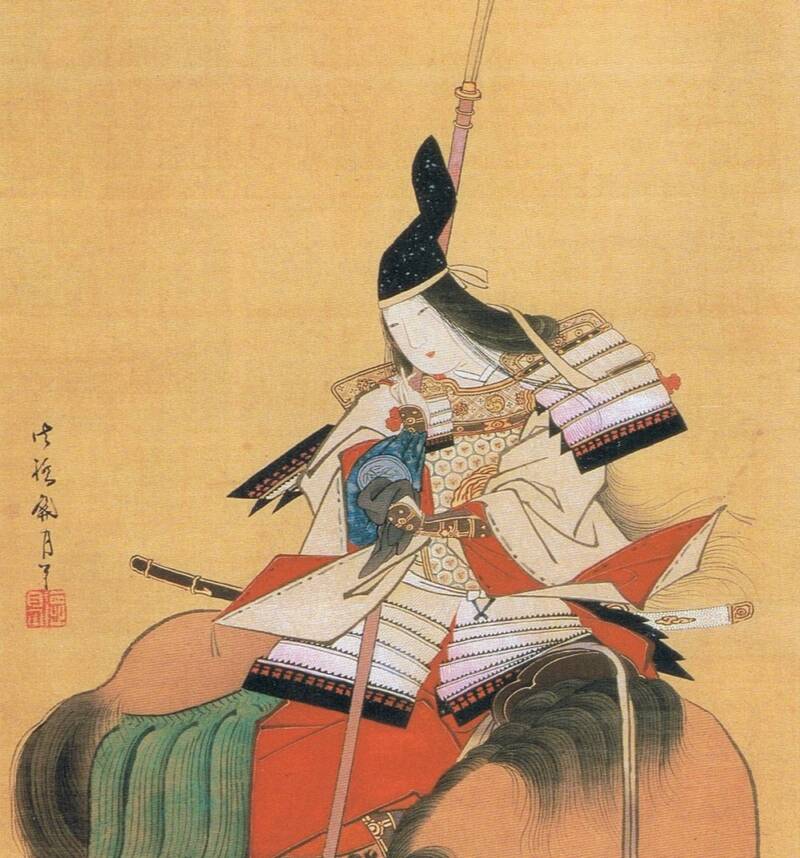 Wikimedia CommonsLegend has it Tomoe Gozen was as lovely as she was fierce, and as loyal as she was ruthless.

Samurai first emerged in the eighth century but it wasn’t until the 11th century that they gained real power. They became loyal fighters for feudal lords called daimyo who were constantly involved in power struggles. After about 1600, the samurai became a social class in their own right and gained certain privileges including being allowed to carry two swords.

Most samurai were men: as in the Western world at the time, women in ancient Japan were expected to get married, have babies, and look after their household while the men went to war — with the exception of women married to samurai. These women were expected to be highly educated, capable of defending their homes and families, and some even carried small swords hidden in their clothes.

There were even some women in the 12th through the 19th centuries who became warriors in their own right. 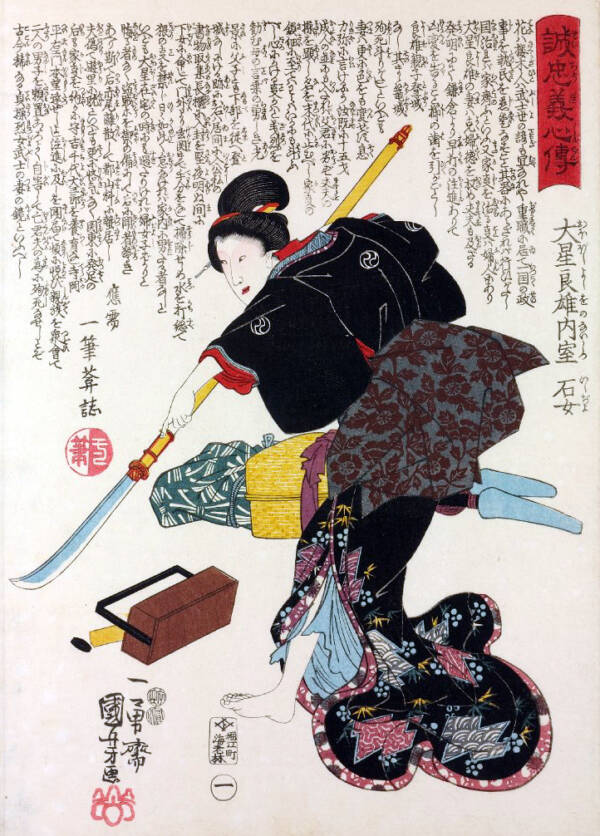 Indeed, even before the rise of the samurai, there were Japanese women who trained to protect their homes and families from invading forces. They were known as the onna-bugeisha, which literally means “woman warrior.”

Onna-bugeisha could use weapons including the kaiken, a short dagger carried only by samurai, and the naginata, a sword with a long, curved blade. The naginata became the symbol most strongly associated with the onna-bugeisha both as their weapon of choice and as an indication that they belonged to the warrior class. Daughters of samurai would take a naginata to their marital home as part of their dowry.

Tomoe Gozen was one such warrior.

The Legend Of Tomoe Gozen

Even though Tomoe Gozen is one of Japan’s most famous female fighters, much of her story is based on legend rather than hard fact.

This might not have been her real name since it was considered rude to refer to women by their given names. “Tomoe” referred the pattern on her shoulder pads and “gozen” was a generic ancient Japanese title given to women of honor.

One of the main sources for information about Tomoe’s story is the Heike monogatari, a compilation of ballads, tales, and disparate texts combined into one epic historical saga in about 1240.

It tells the embellished story of the rivalry between two families: the Taira, also known as the Heike, and the Minamoto. Tomoe was the samurai of a Minamoto general, Minamoto Kiso Yoshinaka.

Her mother had been his wet-nurse and Tomoe went from being his foster sister to one of his most trusted military leaders — and maybe also his wife or concubine, depending on what you read. It’s said that she personally commanded as many as 1,000 soldiers. 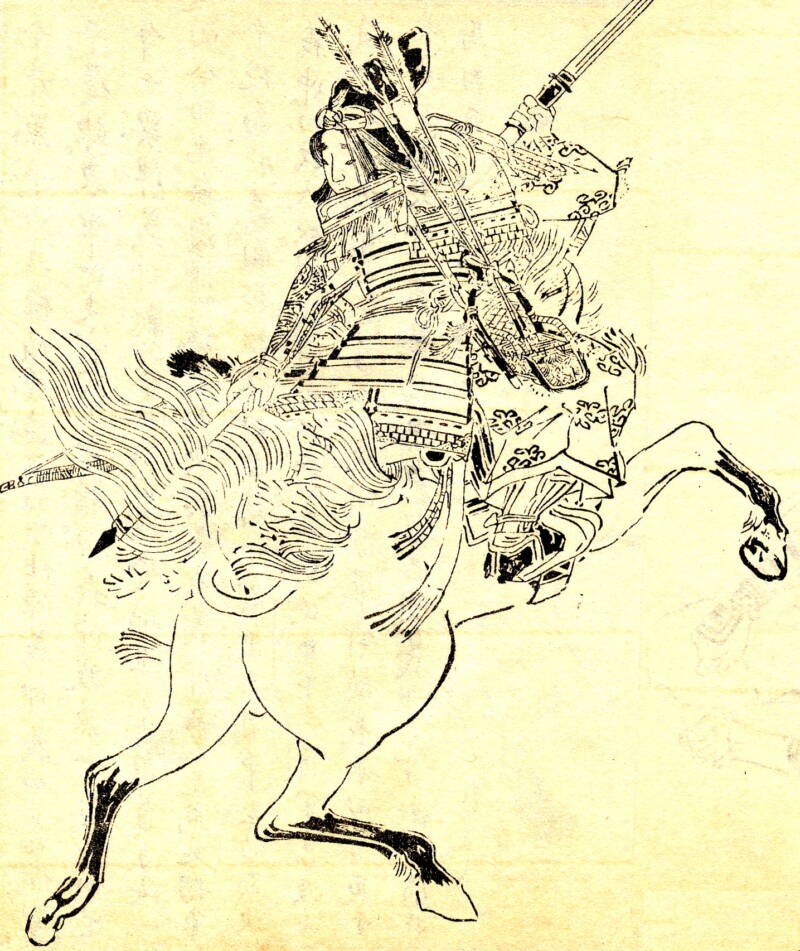 Wikimedia CommonsIn one legend, Tomoe decapitated an enemy soldier on the saddle of her horse.

Tomoe was not technically an onna-bugeisha but an onna-musha — a woman who was part of the action on the battlefield, rather than being on the defensive at home. She wasn’t the only one: archaeological evidence suggests that women made up a higher percentage of Japanese armies than previously thought.

According to the Heike monogatari, Tomoe “had long black hair and a fair complexion, and her face was very lovely; moreover she was a fearless rider whom neither the fiercest horse nor the roughest ground could dismay, and so dexterously did she handle sword and bow that she was a match for a thousand warriors, and fit to meet either god or devil.”

Although one kind of naginata is named after her, she supposedly preferred to slay her many adversaries using a katana — the long, straight sword usually reserved for the male samurai.

Yoshinaka claimed a few major victories in the Genpei War against the Taira from 1180 to 1185; but unfortunately, his success and poor leadership skills meant that his own family turned on him. In 1184 his army was decimated and as he fled from the capital Kyoto, he had only five or six warriors left, including Tomoe. 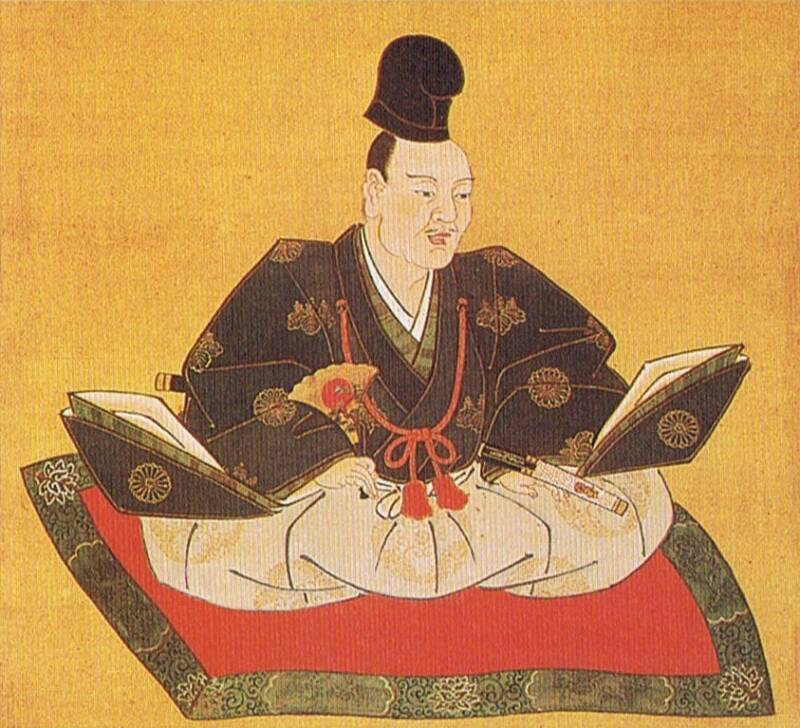 Minamoto no Yoshinaka, to whom Tomoe Gozen was concubine, wife, or servant, but beside whom she nonetheless fought and defended.

According to one story, Tomoe encountered two renowned enemy generals during this retreat. She defeated the first, Hatakeyama, so thoroughly that he decided to run away rather than let his family be tainted with the shame of his being killed by a woman. And the second, Uchida, she beheaded.

Another version of this story insists that as Yoshinaka, Tomoe, and the rest of the remaining samurai prepared to charge against the army of Yoshinaka’s own cousin on the battlefield of Awazu, he told Tomoe that as a woman, she had better retreat.

Perhaps he wanted her to go and commit ritual suicide, or to be the one to take the news of his death to his family, or that she wasn’t up to the fight, or even that he felt it would be shameful for him to die in the presence of a woman — or all of the above.

But whatever Yoshinaka’s reasoning, Tomoe refused. According to the Heike monogatari, Tomoe said that she wanted to kill one last “worthy opponent” to honor Yoshinaka. Exactly who the unfortunate enemy was varies depending on the source, but it seems that when a group of rival warriors approached, Tomoe rode straight at them, grabbed the leader, and decapitated him on the front of her saddle.

Wikimedia CommonsA depiction of Tomoe in the Battle of Awazu.

What happened to Tomoe after that battle is, like much of her life story, up for debate.

In one version, she escaped the battlefield at 28 and became a Buddhist nun eventually dying aged 90. According to the extended edition of the Heike monogatari, Tomoe Gozen was taken prisoner by Wada Yoshimori and forced to marry him or become his concubine.

In yet another account, Tomoe went on a revenge mission and killed all of Yoshinaka’s enemies before walking into the sea holding his head so that no one could desecrate it.

Whatever actually happened to her, the legend of her courageous and brutal deeds lives on. There is a 15th century Noh play about her — one of only 18 out of 200 that is devoted to a warrior — and she is included in the parade of the Jidai Matsuri, Kyoto’s Festival of the Ages, which takes place on October 22 every year and commemorates the city’s ancient historical figures.

More recently, she appeared in American author Jessica Salmonson’s science-fiction and fantasy trilogy The Tomoe Gozen Saga, and she was played by Jeananne Goossen in Riverworld, a miniseries which aired on the Syfy channel in 2010.

We may never know exactly who Tomoe Gozen was, or what she did, but the stories of her courage mean we’ll never forget her either.

After this look at the legend of the female samurai Tomoe Gozen, flip through these gorgeous photos of the last of the Samurai. Then, read about legendary sword-maker Masamune, whose swords were said to come to a point but one atom thick.